It was in February last year we introduced our readers to anCnoc– the whisky brand crafted at the charming Knockdhu Distillery in the heart of the picturesque village of Knock in Aberdeenshire, since 1894. It was ‘Blas‘, a collaboration with fashion designer Patrick Grant, and we are glad we did- a delicious dram and a great brand. The purpose of today’s feature, you’ll be pleased to know, is because anCnoc has announced Peatheart- the latest release to join its award-winning collection of peaty expressions. 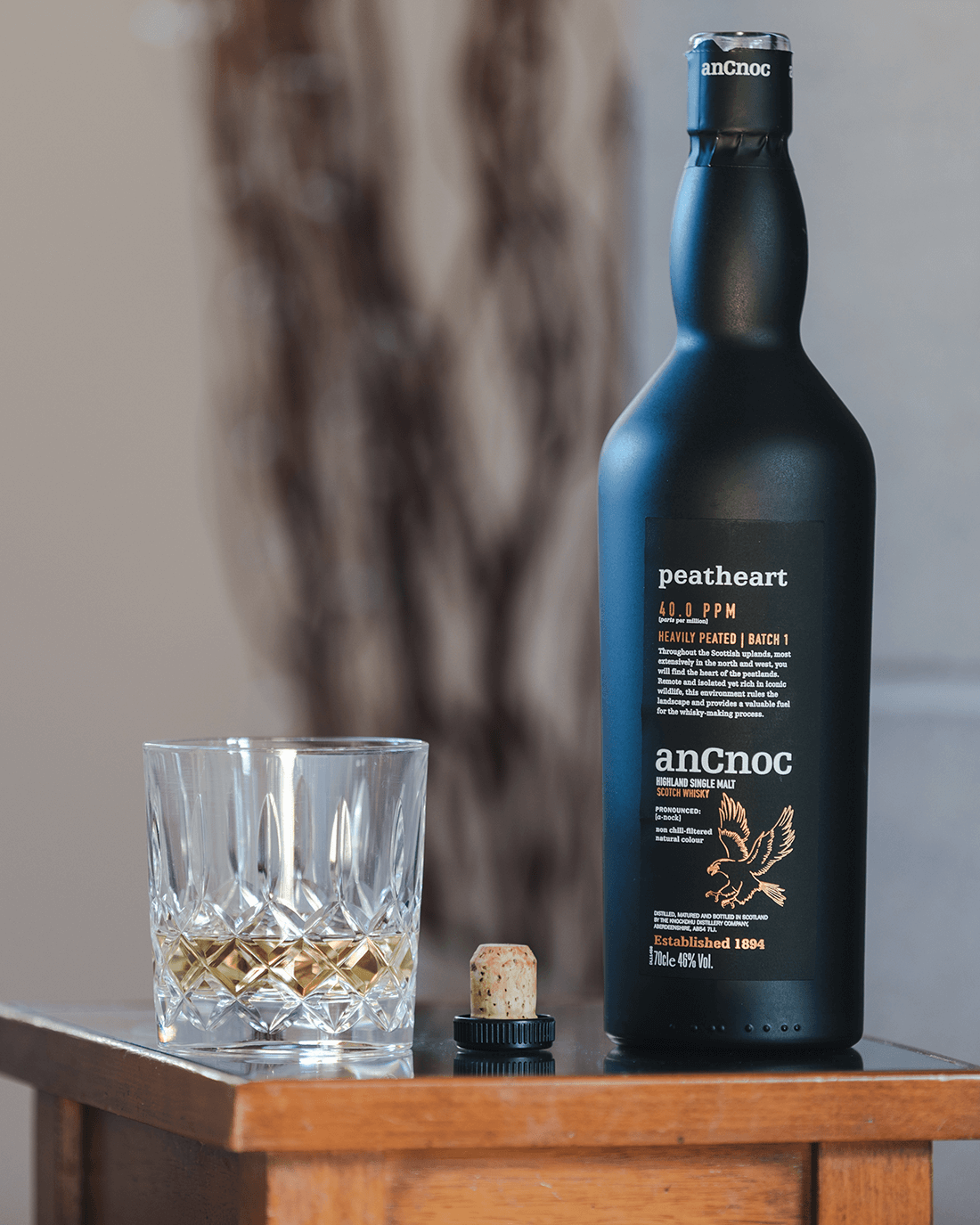 Peatheart takes its name from the peat bogs near the distillery and its abundance of natural resources which are ideally suited to creating a fine smoky Scotch whisky. One of the brands’ smokiest offerings to date, Peatheart has a phenol content of 40 PPM which results in an intensely warm yet smooth finish. It’s matured in bourbon barrels for over a decade, and celebrates the traditions of the whisky making process, as peat was historically an essential fuel in the drying of barley for the distillation of the liquid. It’s notably pale amber in appearance but it’s whole hearted on the nose and in taste with the whisky delivering an initial smoky burst on the nose which gives way to a surge of fruitiness. Notes of ripe pears, apples and citrusy lime yield to a slight hint of tobacco in the background. To taste, smoky flavours are laced with leather and sweet stewed apples. Closely followed by chocolate, the whisky is perfectly complemented by sweet vanilla and zesty lemon, leaving a lingering warmth and floral smokiness. The key takeaway here for Ape is that despite Peatheart being intensely smokey and peaty, it’s remarkably smooth to drink. 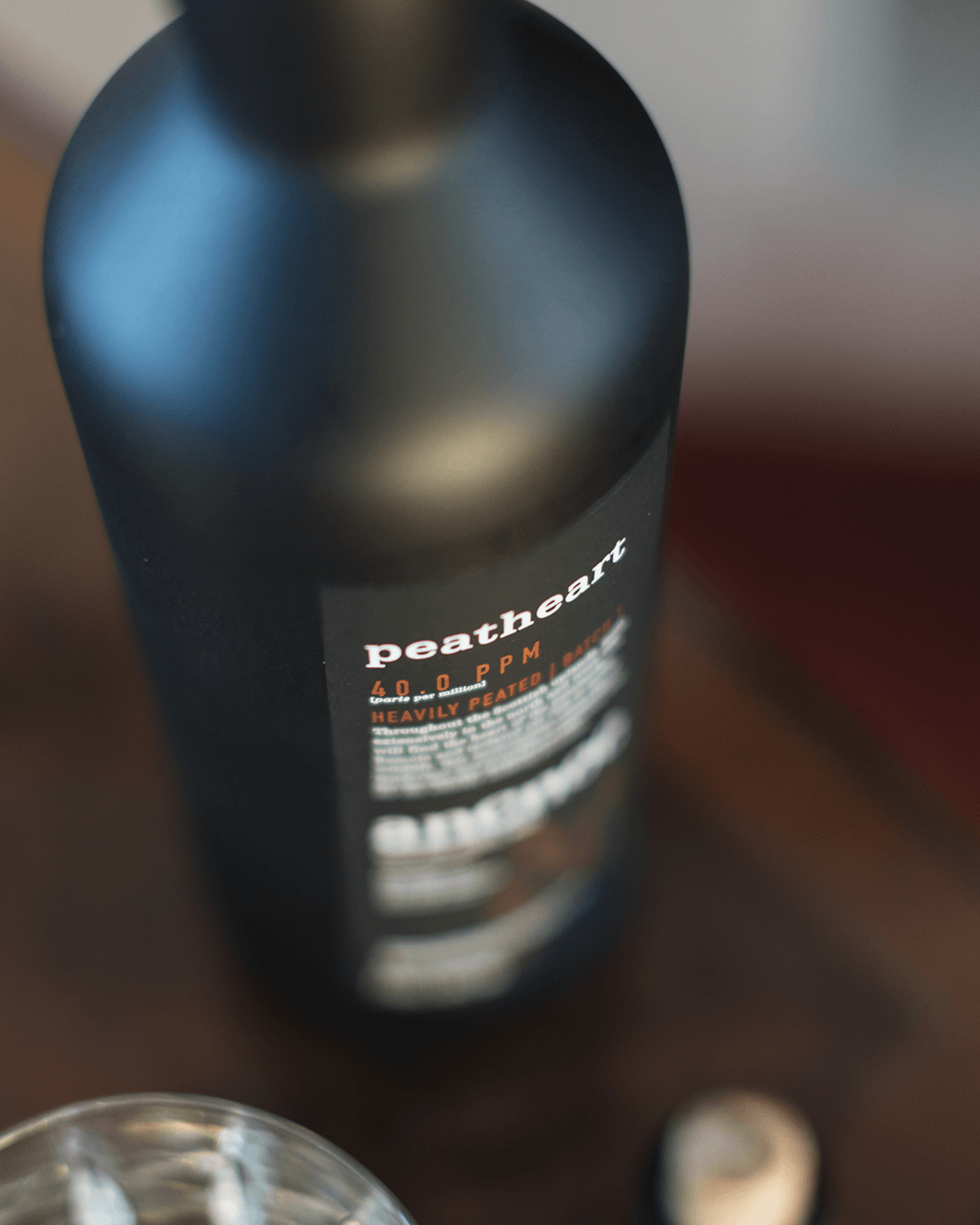 Equally impressive and one of our favourite bottle designs of the year is Peatheart’s packaging which honours the minimalist yet contemporary style of anCnoc’s core range. Encased in a seriously handsome black and gold foil pack, the design features a golden eagle, which is frequently spotted soaring above the peat bogs local to the distillery.

The whisky is available through independent and Specialist Retailers including Royal Mile Whiskies, The Whisky Exchange and Master of Malts at an RRP of £52 for 70cl.