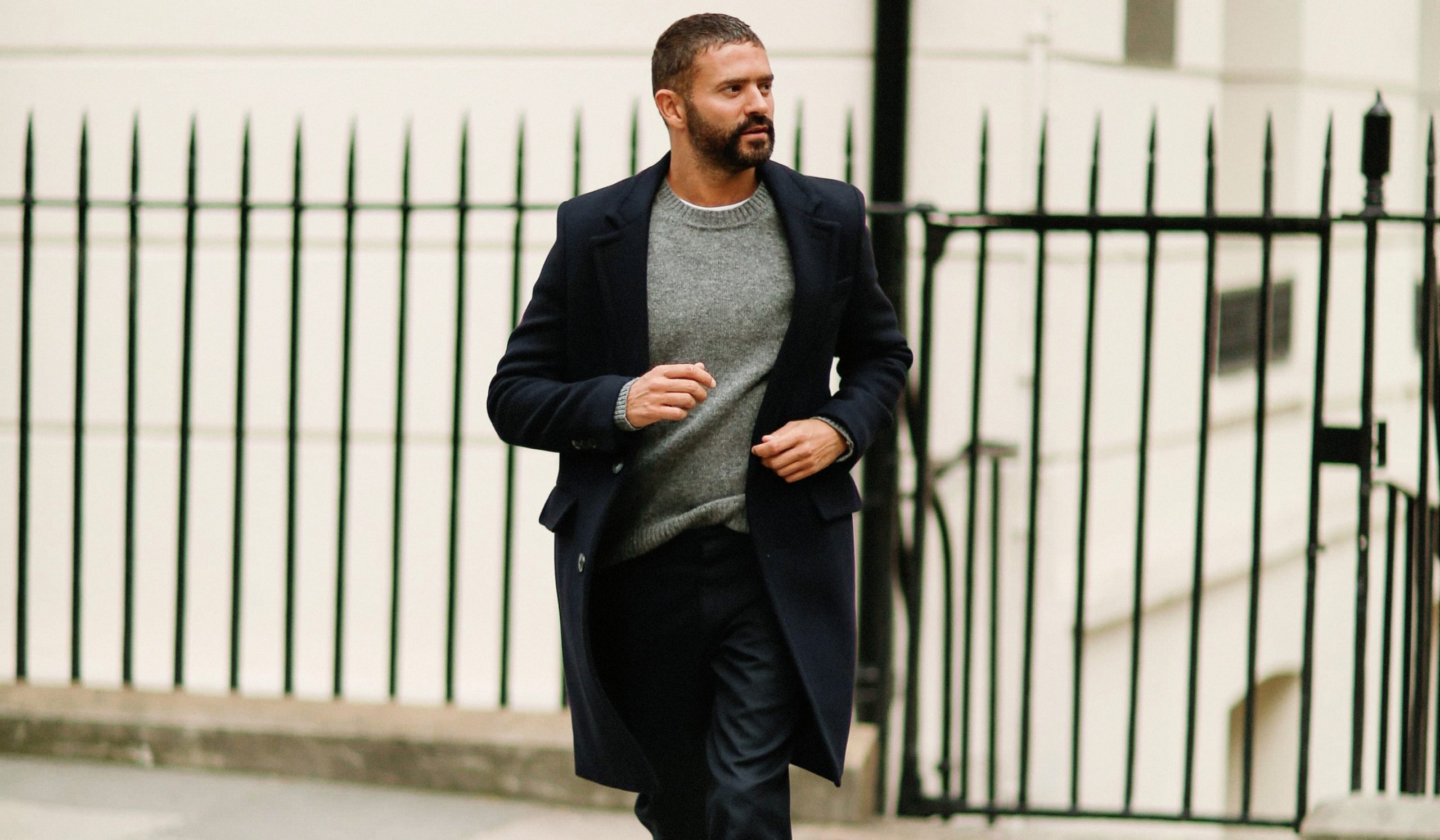 Whether you choose to buy from them or not, designer labels shape the world of menswear. Both directly and indirectly, they dictate what you wear every single day, from the print on your T-shirt to the colour of your trousers.

All these things we take for granted only exist as part of our wardrobes because somewhere along the line a designer sent them down a runway and the rest of the world followed. And when someone has that much say in what you wear, it’s probably worth knowing at least a little bit about them.

Below is a carefully curated selection of men’s designer labels that we feel are the biggest and most influential in the world. These are the brands that have shaped – and are shaping – the way we dress, whether that takes the form of tailoring, casualwear, shoes or accessories. Whether you’re looking for some high-end labels to shop, or just want to learn a bit about the designers curating your wardrobe, here’s what you need to know.

Italian fashion house Gucci is a constant trendsetter and has been the most popular luxury brand in the world for a number of years now. In its current form, under the leadership of creative director Alessandro Michele, the label is known for floral prints, a 1970s-inspired colour palette, and androgynous opulence and extravagance.

Gucci is also behind several iconic designs which can today be considered menswear classics. For example, the horsebit loafer is a Gucci design that has been imitated ad infinitum and remains as relevant today as it was when it launched in 1953.

Over 25 years, Belgian designer Raf Simons has established himself as one of the most exciting and influential designers in the world. He has held positions at Jil Sander, Dior and Calvin Klein, all while continuing to produce collections for his eponymous brand.

Raf Simons is known for bringing art, pop culture and fashion together while challenging norms with his use of shape and silhouette. Case in point: his ongoing footwear collaboration with Adidas, which served as the precursor to the entire ‘ugly sneaker’ movement.

LV has been at the forefront of the luxury luggage world since the 1800s, making it one of the oldest fashion houses in existence. Its monogrammed bags, trunks and cases are nothing short of iconic, and emblematic of luxury in such a way as to have become a status symbol for the many who buy them.

Today, the Parisian label is at the cutting edge of fashion, under the creative direction of Off-White designer Virgil Abloh. LV was instrumental in the adoption of streetwear by high fashion, teaming up with skate label Supreme in 2017 in a move that set the tone for what was to come in fashion over the course of the next five years.

With a nickname like The Lord of Darkness, it probably won’t shock you to learn that Rick Owens’ designs are famous for their moodiness. Longline cuts, dropped crotches, oversized high-top sneakers and lots of black are what this label is known for, blending fashion, sportswear and a gothic aesthetic to wondrous effect.

Rick Owens is particularly well known for its footwear, with its Geobasket sneaker being something of a cult classic.

Sharp, sleek and sexy, Tom Ford’s razor-sharp tailoring, luxurious fragrances and upscale casualwear have earned his eponymous label a spot in the menswear hall of fame. Designs are classic, timeless and always beautifully cut, and have even found their way onto our incumbent James Bond on numerous occasions.

Tom Ford’s eyewear is also worth pointing out, with luxurious sunglasses and spectacles that draw inspiration from classic mid-century styles.

Thom Browne’s signature spin on preppy east-coast style has made the brand a cult favourite. Known for its cropped tailoring as well as Ivy League classics like cardigans and Oxford shirts, this New York label’s garments are instantly recognisable, even without visual identifiers like the iconic four stripes and tricolour grosgrain taping.

Luxurious cashmere, relaxed yet beautifully-cut tailoring and unstructured silhouettes are what Italian brand Brunello Cucinelli is all about.

It’s also one of the best sources for truly high-end casualwear and athleisure, something which has made the label a hit with Silicon Valley tech leaders, such as Mark Zuckerburg, who is said to order his signature grey T-shirts from Cucinelli in bulk for $300 apiece.

If you’re looking for clothing that embodies that achingly cool northern Italian breeziness and seemingly effortless cool, Brunello Cucinelli is the brand for you.

Famous for its macs and trench coats, London’s Burberry is England’s biggest and best-known fashion house. The label is responsible for some truly iconic styles and its trademark tartan print has become a trademark in its own right.

Granted, there was a shaky period in terms of brand image for much of the 2000s, but with Ricardo Tisci at the helm as creative director, the label is reinventing itself for the streetwear generation. Thankfully, the image of Daniella Westbrook dressed head to toe in Burberry checks is now all but forgotten.

Since launching in 2011, Alexandre Mattiussi’s AMI has risen through the ranks to become one of the hottest names in contemporary menswear. The brand balances subtle European chic with progressive design and garments vary from simple (but luxurious) logo sweats and tees to more forward-thinking pieces with modern silhouettes and unusual cuts.

To get a feel for what the brand does best, check out its signature De Coeur knitted jumpers for the winter months and its printed camp-collar shirts for the summer. The brand also makes some particularly nice wool trousers, which are perfect for pairing with anything from tailoring to a T-shirt and trainers.

Calvin Klein’s sporty, minimal designs and racy, sometimes controversial adverts have made the brand one of the most recognised in the world. It’s a label famous for underwear and its marketing campaigns were some of the first to position men as objects of sexual desire in order to sell clothes.

It worked. The brand’s boxers and briefs are ubiquitous all around the world and Calvin Klein is nothing short of a household name. But it’s not all boxer shorts, the label also produces a full menswear collection and even had Raf Simons on board as creative director until relatively recently.

Although he died in 2010, Alexander McQueen’s namesake label lives on, keeping the designer’s sophisticated tailoring and gothic-inspired style alive. The brand is known for its shocking runway shows and unique designs, but also for its immaculate suits, which are the result of McQueen having earned his stripes on Savile Row very early on in his career.

Raised in Stockholm on a strict diet of art, fashion, street culture, architecture and design, multidisciplinary label ACNE’s Acne Studios has grown to become Sweden’s first and foremost fashion house. The brand is known for its experimental designs and luxury basics, all infused with a hearty dose of Scandinavian je ne sais quoi. Or should that be ‘jag vet inte vad’?

Ralph Lauren’s trademark brand of squeaky-clean, preppy goodness has seen it become one of the world’s favourite destinations for smart-casual clothing. Polo shirts, Oxford button-down, chinos and tailoring are its bread and butter, but the brand has ventured into other areas such as sportswear, haute couture and even the odd hypebeast-bait collaboration.

Giorgio Armani is menswear royalty and one of Italy’s best-loved designer labels. It makes classic pieces with a contemporary edge and is most famous for its world-class tailoring. Armani’s signature brand of Italian elegance helped shape the men’s fashion landscape of the 1980s and 1990s, bringing deconstructed tailored silhouettes into the mainstream and pioneering the broad-shouldered fit that dominated the era’s boardrooms.

Today, it’s still known as a tailoring powerhouse and remains one of the most successful Italian menswear brands of all time.

Pronounced ‘lo-weh-vay’, this Spanish fashion titan is LVMH’s oldest brand at 175 years. It originally specialised in leather goods, like purses and handbags, and was even granted a Royal Warrant in 1905.

After launching its first ready-to-wear collection in 1965, Loewe became a fully-fledged fashion brand in its own right and, thanks to the appointment of renegade British designer Jonathan Anderson as creative director, is now a common sight on the shoulders of A-list celebs and rap royalty.

With its slim silhouettes, moody aesthetic and knack for crafting top-notch leather jackets, Saint Laurent is the rock ‘n’ roll rebel of the high-fashion world. The brand has been one of the biggest names in the game since its inception in 1961 and is responsible for bringing a touch of attitude to menswear.

For things like leather jackets, distressed jeans, denim jackets and similarly grungy staples there is no other label that can stack up.

The reincarnation of Virgi Abloh’s earlier label, Pyrex Vision, Off-White has grown into one of the biggest and most influential names in fashion. The Paris-based brand was one of the key players in bringing streetwear to Fashion Week runways, completely reinventing contemporary high fashion in the process.

Off-White is known for its use of tongue-in-cheek branding and irony in its designs, which has become something of a trademark. Expect to find oversized streetwear styles, lots of quotation marks and hefty resale markups.

Now one of the most iconic names in fashion, Prada began life as so many high-fashion houses do: by crafting luxury leather goods for the upper classes. Fast forward to the present day and the collections have expanded to include everything from tailoring to logo T-shirts. Although footwear and leather bags are still the label’s main pull.

Designs are typically sleek and understated with clean lines and tastefully minimal branding. That said, don’t be surprised to find the odd retina-burning print on a camp-collar shirt here and there when the spring/summer collections land.

Balenciaga is famed for being a trendsetter. Its forward-thinking approach has made it one of the most influential labels in fashion and current creative director Demna Gvsalia is often hailed as a creative visionary.

Today, Balenciaga’s output is heavily influenced by sportswear, repurposing everyday items and deconstructing one thing to make another. Oh, and unfeasibly large trainers feature heavily too. The Triple S tore up the rulebook and stomped all over it when it launched back in 2017, and although the chunky shoe trend is well on its way out now, this oversized platform sneaker will remain an icon.

There’s no word more important in fashion right now than sustainability. Stella McCartney may not be up there with the likes of LV and Gucci when it comes to total world domination, but her eponymous label’s environmental and ethical commitment puts the heavy hitters to shame.

Stella McCartney’s strict environmental targets and refusal to use fur, leather or any other material not ethically sourced is piling on the pressure for other brands. Whether others will follow suit in any meaningful way is anyone’s guess, but the fact that at least one high-end designer brand is taking things seriously is still something to be thankful for.