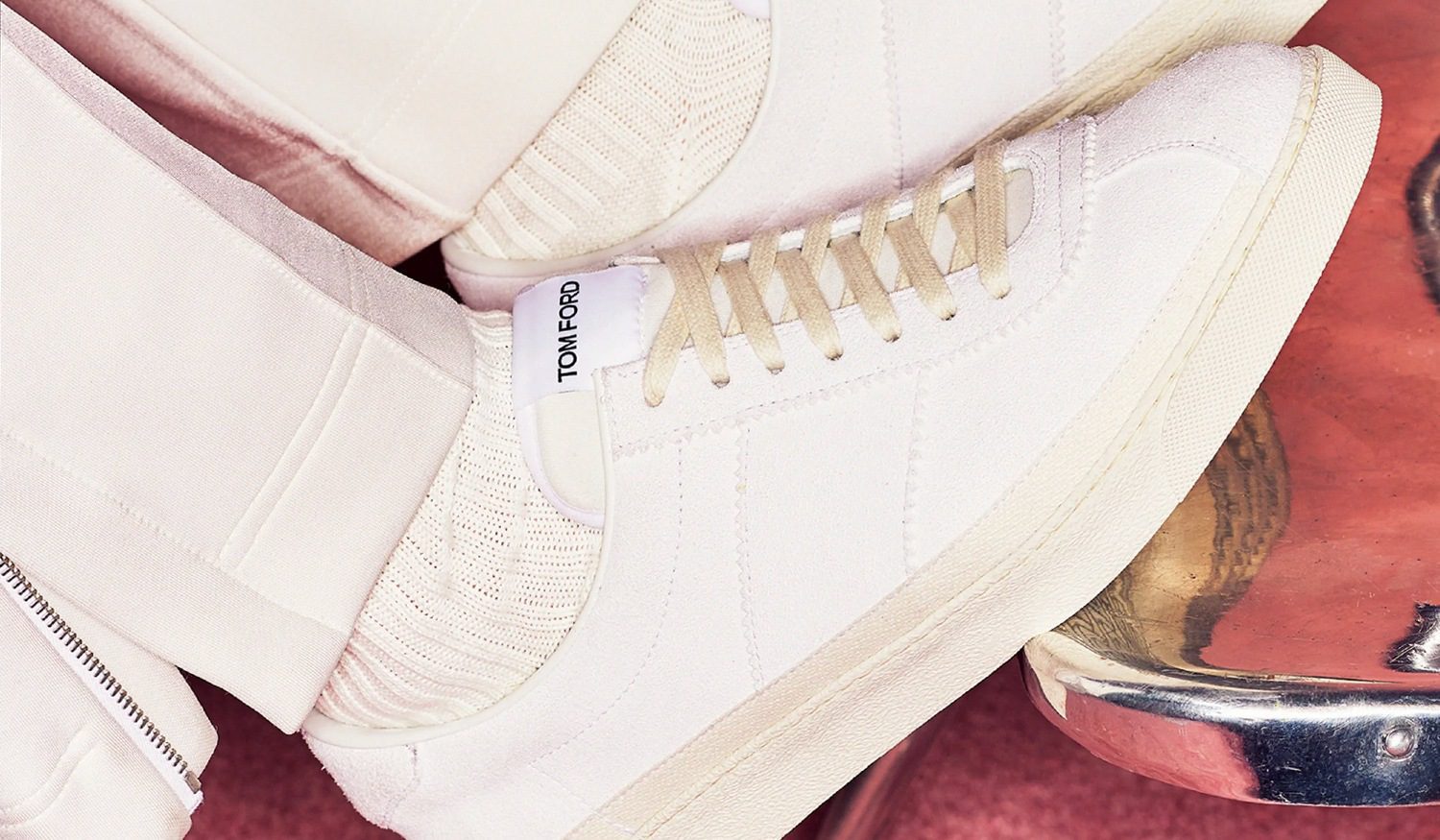 It’s hard to believe now, but high fashion and sneakers haven’t always gone hand in hand. In fact, there was a time, not so very long ago, when ‘sneakers’ was essentially a byword for sloppy. There was nothing remotely premium about them and they certainly weren’t the sort of thing a historic fashion house would parade down the runway at Paris Fashion Week.

How things have changed. Today there’s not a designer label on earth that hasn’t turned its attention to sneakers in some way, shape or form. Some of the biggest trends of the last 50 years have been sneaker related and as we head deeper into the 21st century, it’s clear that won’t be changing anytime soon.

With sneakers now firmly established as the unofficial footwear of the modern world and contemporary fashion’s favourite muse, we take a look as the best designer sneaker brands in the world today and what sets them apart.

Alessandro Michele has turned Gucci into the most popular and valuable fashion label in the world since being appointed as Creative Director back in 2015. His camp, retro, maximalist runway shows have bowled over critics and commentators alike, but it was his footwear revamp that really helped to establish him as a visionary among the mainstream masses.

Michele revived the iconic horsebit loafer and it flew off shelves. But he also helped Gucci into the sneaker arena seriously for the first time with the launch of the brand’s signature silhouette: the Gucci Ace. It was (and still is) a classic leather court shoe finished with intricate embroidery and rendered in premium materials.

Since then, Gucci has kept churning out high-end kicks, even venturing into the chunky sneaker trend with silhouettes like the Rhyton and the SEGA.

Alexander McQueen’s modus operandi has always been to shock. From the hair-raising runway shows to the statement tailoring – it’s always been about causing a stir.

Unsurprisingly, sneakers are no different. The label’s signature style is a clever fusion of the two biggest sneaker trends of the last decade: minimalism and maximalism. The former comes via the clean, crisp, white uppers and lack of detail, while the latter comes courtesy of an eye-catching, oversized sole.

Prior to the release of this sneaker – literally called the Oversized Sneaker – There wasn’t much going on at Alexander McQueen in terms of athletic-inspired footwear. Now the label is one of the first to crop up when discussing designer kicks.

What can we say about Balenciaga and designer sneakers that hasn’t already been said? The Spanish label was one of the key players in propagating chunky sneaker madness and positioning the sneaker as a luxury item.

When creative director Demna Gvasalia launched the Triple S in 2017, it changed the luxury footwear landscape. This giant silhouette whipped the world into a maximalist frenzy and it wasn’t long before every sneaker brand on the planet was beefing up their silhouettes and taking detail to the extreme.

Since then, the label has launched a slew of new styles, all boasting the same OTT DNA. However, the brand’s second bestselling style is the Speed Sock, which is extremely minimalist. This shows that Balenciaga is more than just a one-trick pony when it comes to footwear.

We were careful not to credit Balenciaga with starting the chunky sneaker craze singlehandedly. In fact, Raf Simons put the groundwork down long before the Triple S hit shelves.

The Belgian designer’s ongoing collaboration with Adidas was responsible for one of the most talked-about high-fashion sneakers of the last decade: the Raf Simons Ozweego. And while it failed to make much of an impact on menswear at large at the time, it undoubtedly paved the way for things to come.

Today, the Ozweego is only available through sites like StockX, but the label is putting out its own sneakers, independent of Adidas. Check out models like the Orion and the Antei to get a feel for what the brand is all about.

If you were playing the word association game and someone shouted, “Tom Ford!” there are a lot of things you would reply before arriving at the word “sneakers”. “Stubble”, “tailoring” and “fragrance”, to name a few.

But although he spends every waking hour in a perfectly cut two-piece suit and Oxford shoes, the former Gucci Creative Director has a genuine knack for designing trainers.

Ford’s sneakers are everything you would expect from a man who values clean lines, restraint and elegance above all else. They’re subtle, versatile and made using only the finest materials. Expect supremely high quality and price points to match. Designer sneakers don’t come more tasteful than this.

Maison Margiela’s sneaker designs have always tended to veer towards a sort of minimalist futurism. The kind of thing you’d imagine astronauts in the year 2100 might rep. Still, that’s not to say the label doesn’t have some extremely wearable styles.

The Replica sneaker is probably Margiela’s most recognisable style. It is exactly that: a replica. The shoe takes its inspiration from the classic German Army Trainer (GAT) and features a stripped-back suede and leather upper and gum rubber sole.

Virgil Abloh’s Off-White has been instrumental in bringing streetwear to the runway, including sneakers. The label has produced some of the most hyped models in recent memory, many of which fetch eye-watering amounts of money on the resale market.

In the sneaker world, the label is probably best known for it’s ‘The Ten’ collection with Nike. The collaboration saw some of the Swoosh’s most iconic designs reimagined by Off-White, including the Blazer, the Air Jordan 1 and the Air Max 90.

Most of Off-White’s sneakers feature tongue-in-cheek labelling and swing tag detail that has become characteristic of the Milan-based label.