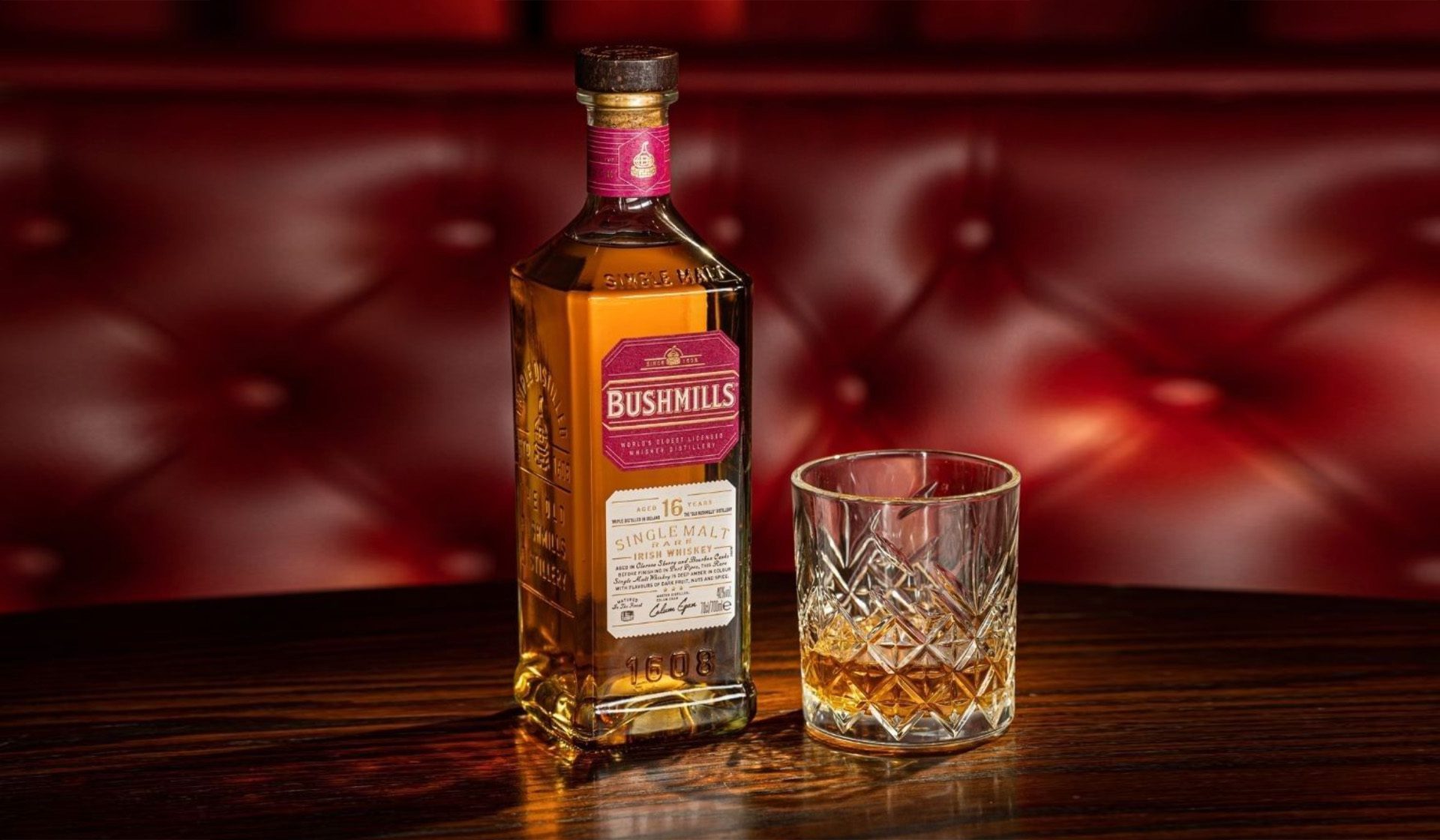 St. Patrick’s Day is the annual celebration of all things Irish. With Covid restrictions finally lifted, this year’s festivities promise to be bigger than ever. With a burgeoning craft distilling scene and numerous brands on the market, you will be spoiled for choice for Irish whiskey on the big day. Here we look at eight – some classic and some newcomers – that will help you to enjoy the craic. 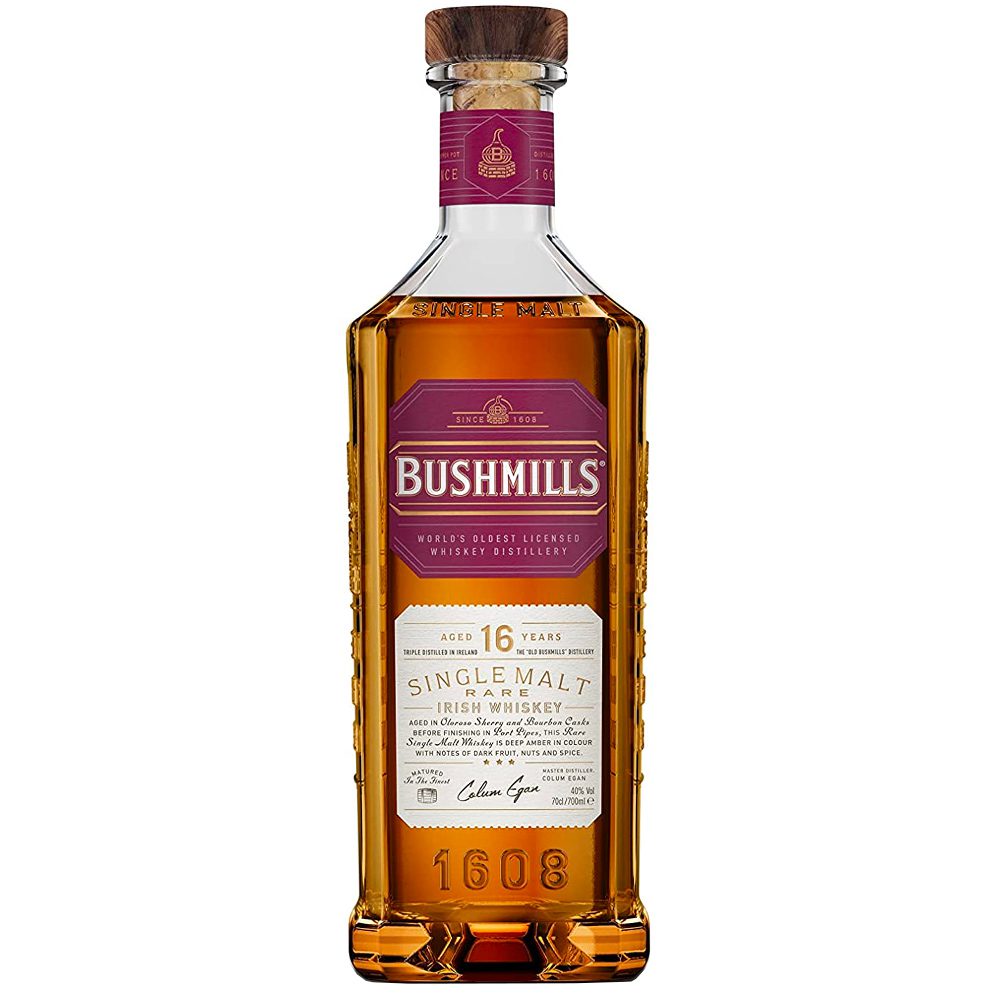 This legendary distillery has been making whiskey on the Emerald Isle for over 400 years. Bushmills was first granted a license to distil in 1608, making it the oldest registered distillery in the world. Perched on the rugged Co. Antrim coast of Northern Ireland, close to the iconic Giant’s Causeway, Bushmills produce classic triple-distilled Irish single malt and some delicious blends. It is also one of the most awarded brands on the market.

One To Buy: Bushmills 16 Years Old – this is one of the world’s truly great whiskeys. A combination of three cask types – bourbon, Oloroso sherry and Port – create a single malt of superb depth and complexity. Rich and packed with chocolate, dried fruits and delicate spices. 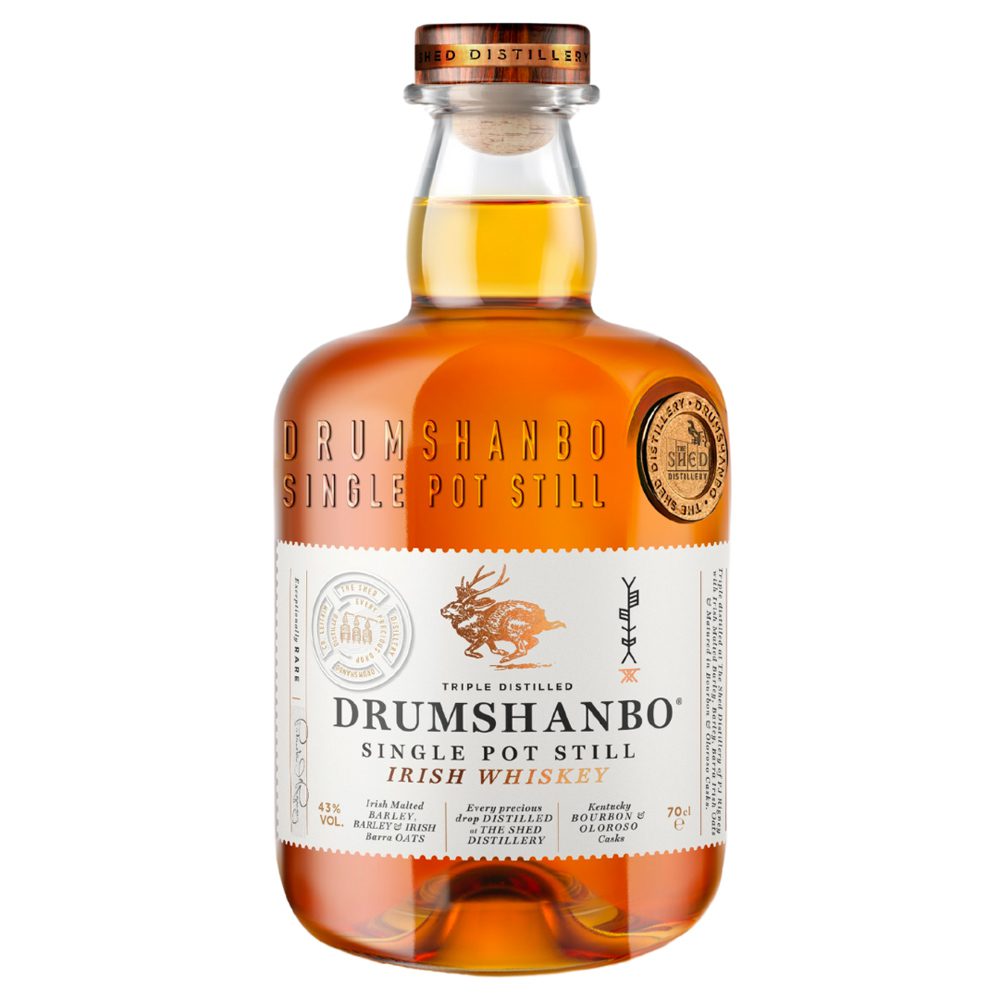 The Shed Distillery in the town of Drumshanbo, Co. Leitrim is home to the brand. The town sits on the tranquil shores of Lough Allen and the distillery began whiskey production in late 2014. At the time, they were one of the forerunners of the current surge in craft and artisan distillation happening across Ireland. Their first whiskey release appeared in December 2019. Drumshanbo has since gone on to garner many plaudits and fans.

One To Buy: Drumshanbo Single Pot Still – this inaugural whiskey release from the Shed Distillery was extremely well received. Bourbon and sherry casks have been combined to create a youthful, vibrant and full-bodied dram with toffee, dried fruits and woody spices. Delightful. 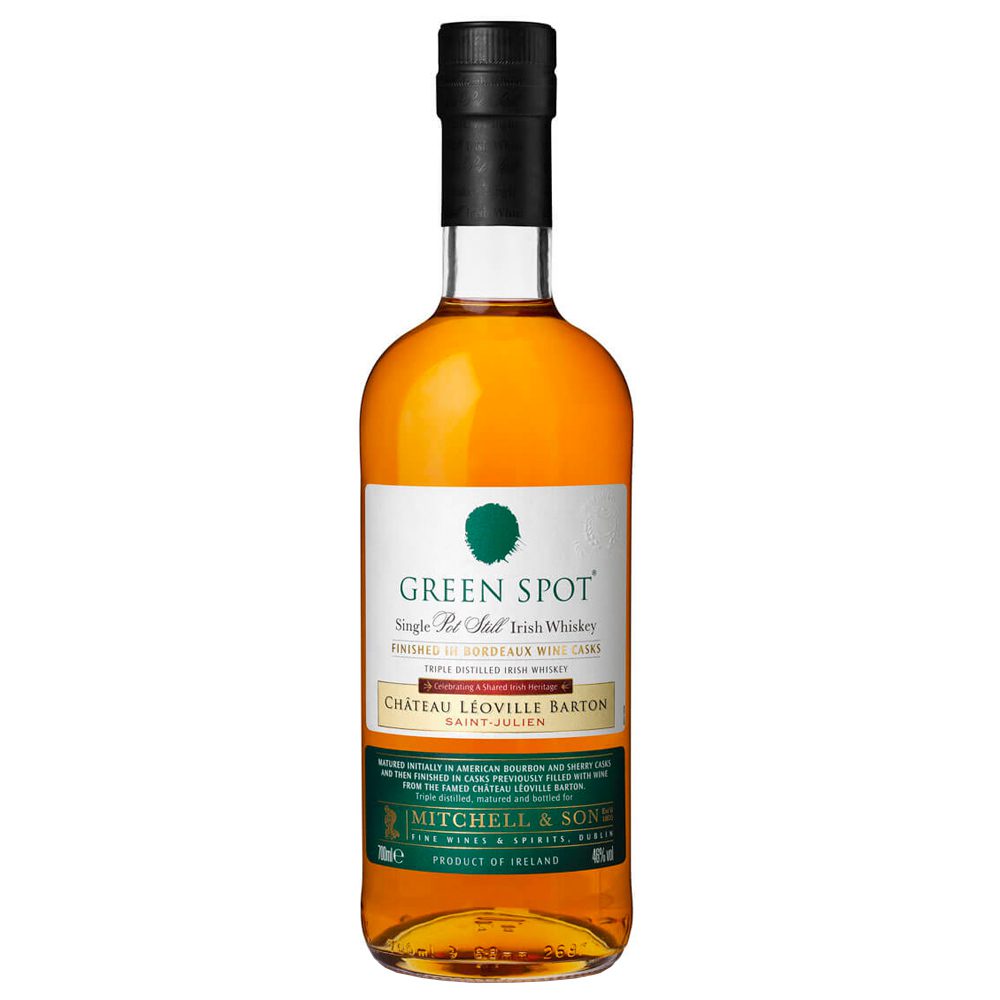 Green Spot is a single pot still whiskey – these are made using a grain recipe consisting of malted and unmalted barley and distilled in copper pot stills. The name refers to a traditional system of painting different coloured spots on the side of maturing barrel, which denotes the different ages of the whiskey inside. The Spot family now consists of Green Spot and a couple of variants plus Blue Spot 7 Years Old, Yellow Spot 12 Years Old and Red Spot 15 Years Old. 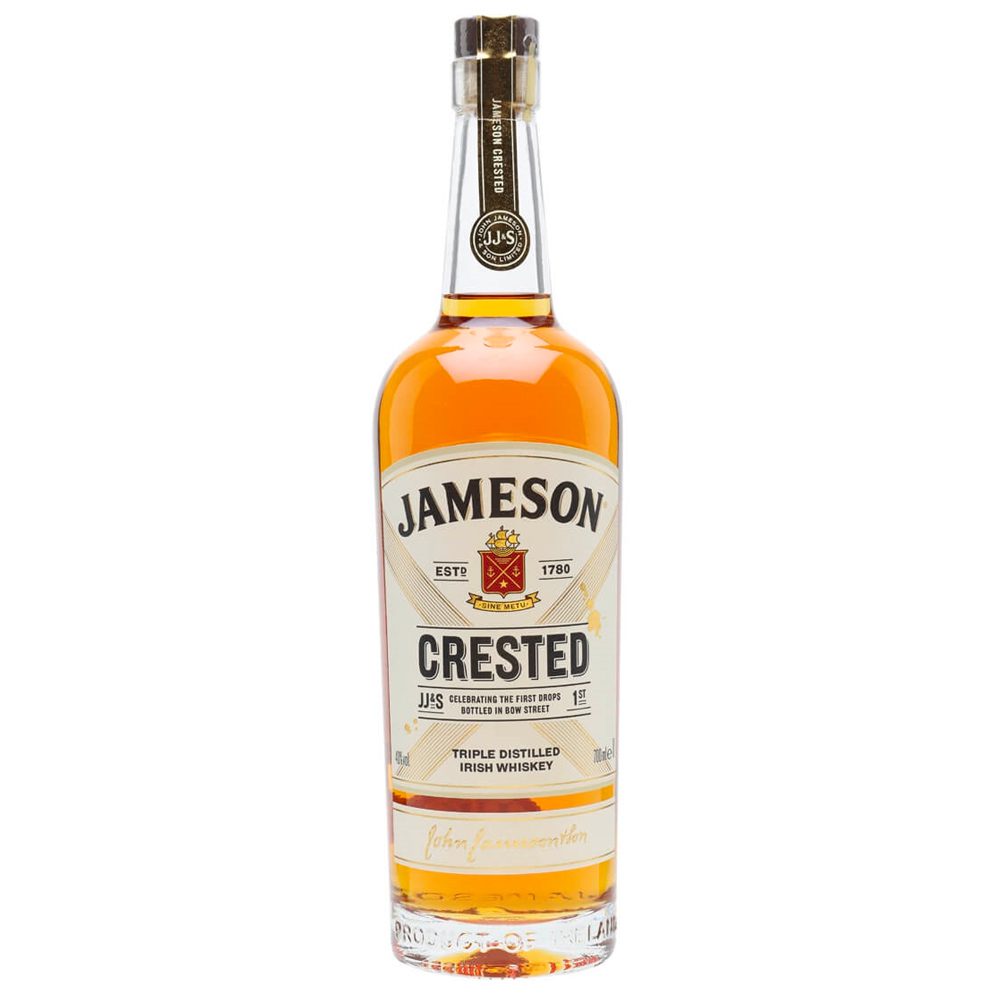 No Irish whiskey list would be complete without Jameson. The global brand is the best seller in the category by a country mile, selling over 90 million bottles each year*. And it has diversified its range over the last decade to broaden that appeal even further. For many years during the 20th century Jameson, along with Bushmills, propped up the ailing Irish whiskey market. However, it has stayed ahead of the competition in the modern flourishing market.

One To Buy: Jameson Crested – part of the core range, Crested is a tribute to when the company took full control of all distillation and bottling in 1963. An old-school-style Irish whiskey that is triple distilled and spicy with delightful sherry cask notes. Offer great bang for your buck. 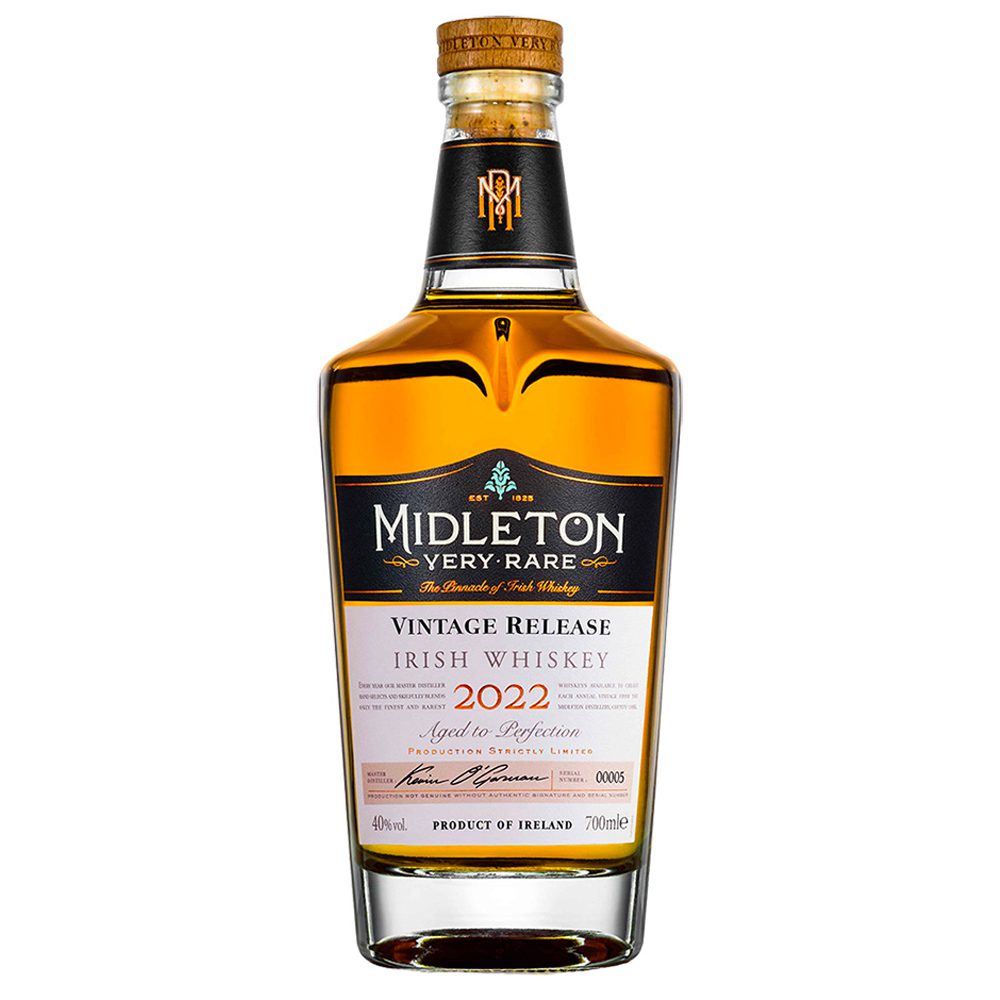 Midleton is Ireland’s largest distillery and gives its name to the country’s most super-premium bottling: Midleton Very Rare. This was first created by Barry Crockett, Midleton’s legendary former Master Distiller, in 1984 and a new addition is added to the series each year. It is highly coveted amongst whiskey fans and connoisseurs the world over, but you will pay for it. This reflects that very old whiskeys, sometimes over 30 years of age, are often included.

One To Buy: Midleton Very Rare 2022 Edition – the latest bottling in the long line of the Very Rare series, which totals 39 to date. This new release holds its own amongst the illustrious company of previous releases and is creamy, soft and elegant. Pure luxury. 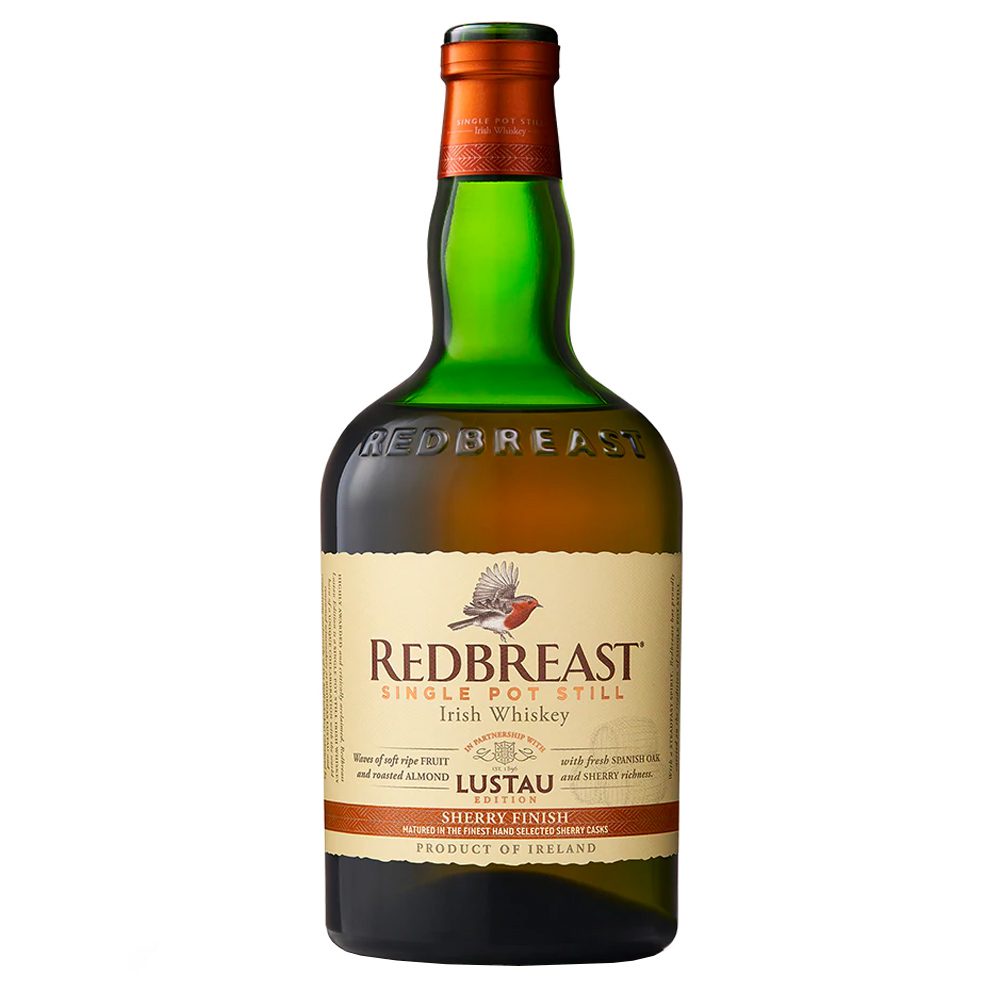 The first documentation of the Redbreast name was in 1912. The chairman of the founding company, W & A Gilbey, was a keen birdwatcher with the robin said to be his favourite. Like many Irish whiskeys, a catastrophic slump in sales on the 1960s led to the brand disappearing. However, it was reborn in 1991 and has gone from strength to strength. Redbreast is now regarded as one of the best and most consistent Irish whiskeys available.

One To Buy: Redbreast Lustau Edition – this wonderful single pot still whiskey sits within Redbreast’s Iberian Series, designed to showcase casks from that part of the world. Here barrels from famed sherry bodega Emilio Lustau in Jerez have been used. Nutty, fruity and spicy – this is perfection. 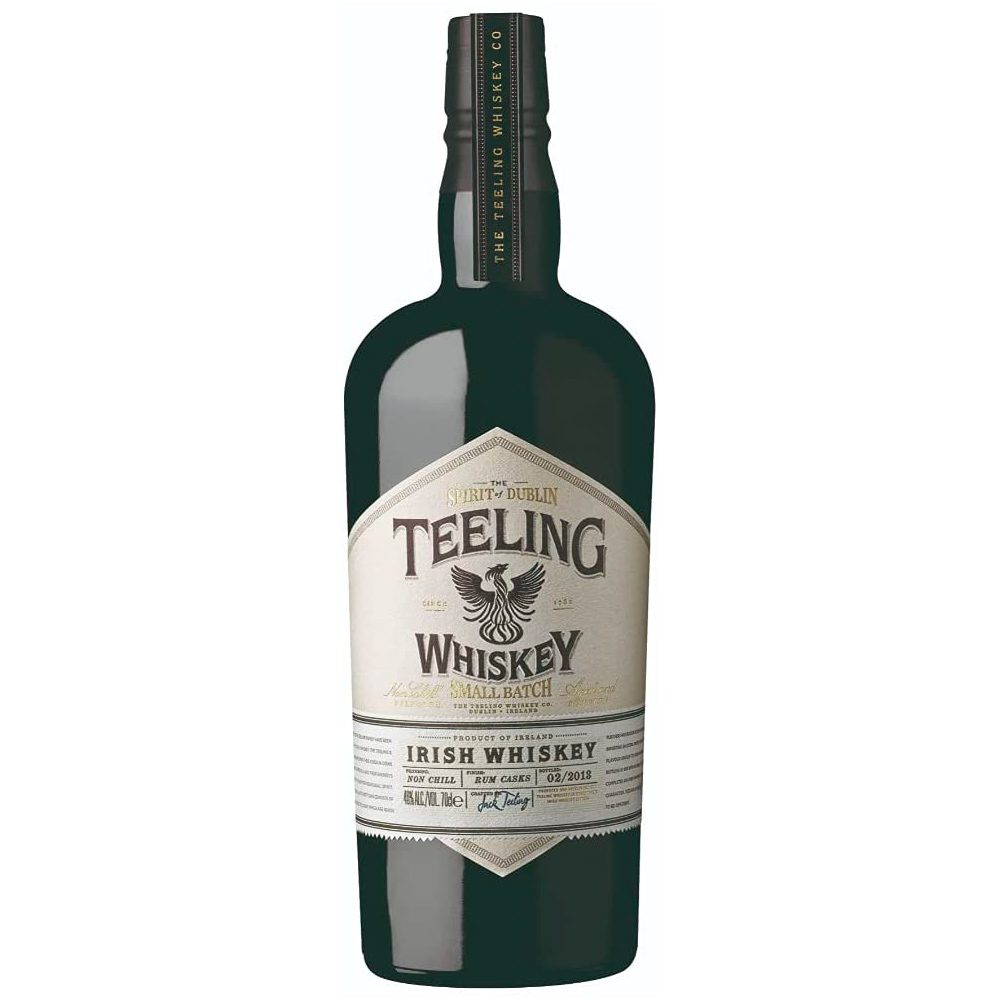 The Teeling family is widely credited with kickstarting the Irish whiskey industry in the late 1980s when John Teeling founded Cooley distillery. In doing so, he resurrected several brands that had been lost to history. Fast forward nearly 30 years and John, along with sons Jack and Stephen, brought whiskey distilling back to the centre of Dublin for the first time in decades. They now produce an innovative range of pot still, single malt, single grain and even some peated whiskey.

One To Buy: Teeling Small Batch – this affordable blend of single malt and single grain whiskeys is the flagship product in the Teeling range. Initial maturation is in ex-bourbon casks before a finishing period in ex-rum barrels from Central America. Quirky and tasty. 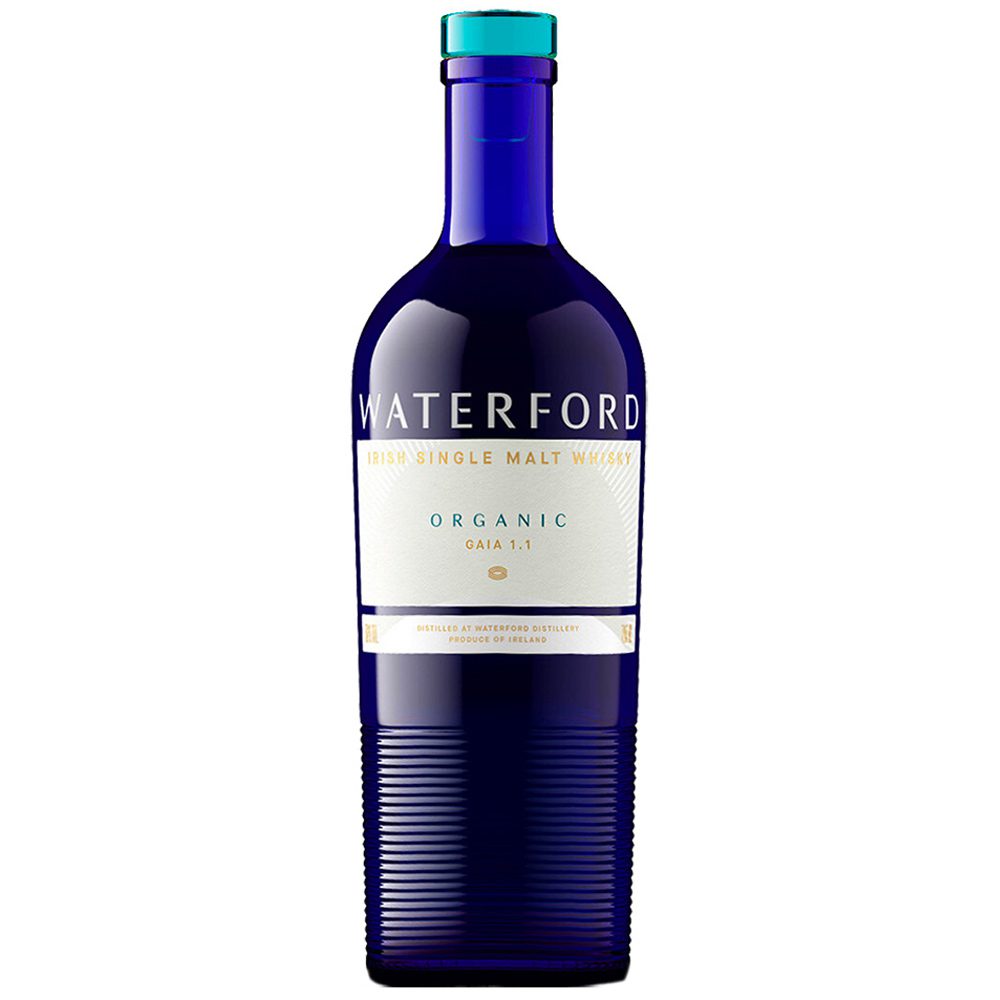 Waterford is one of the true pioneers in the new wave of Irish distillers. Since being founded in 2015, Waterford has become Ireland’s first certified organic whiskey distillery and championed the concept of terroir in spirit making. They use barley sourced from over 70 local farms, which are located on nearly 20 different soil types. The ground-breaking brand names each farm on the bottle, which is one of the most beautiful on the market.

One To Buy: Waterford Organic Gaia – named after the Greek goddess of Mother Earth to reflect the distillery’s organic and farming commitments, this sumptuous single malt offers plenty. Packed with notes of pear, cherry, spiced orange and warming gingerbread spice. 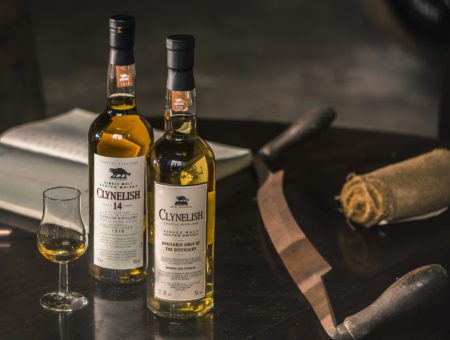 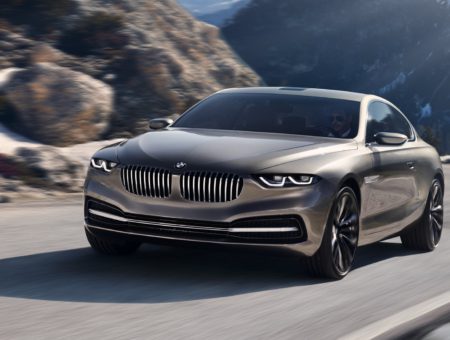