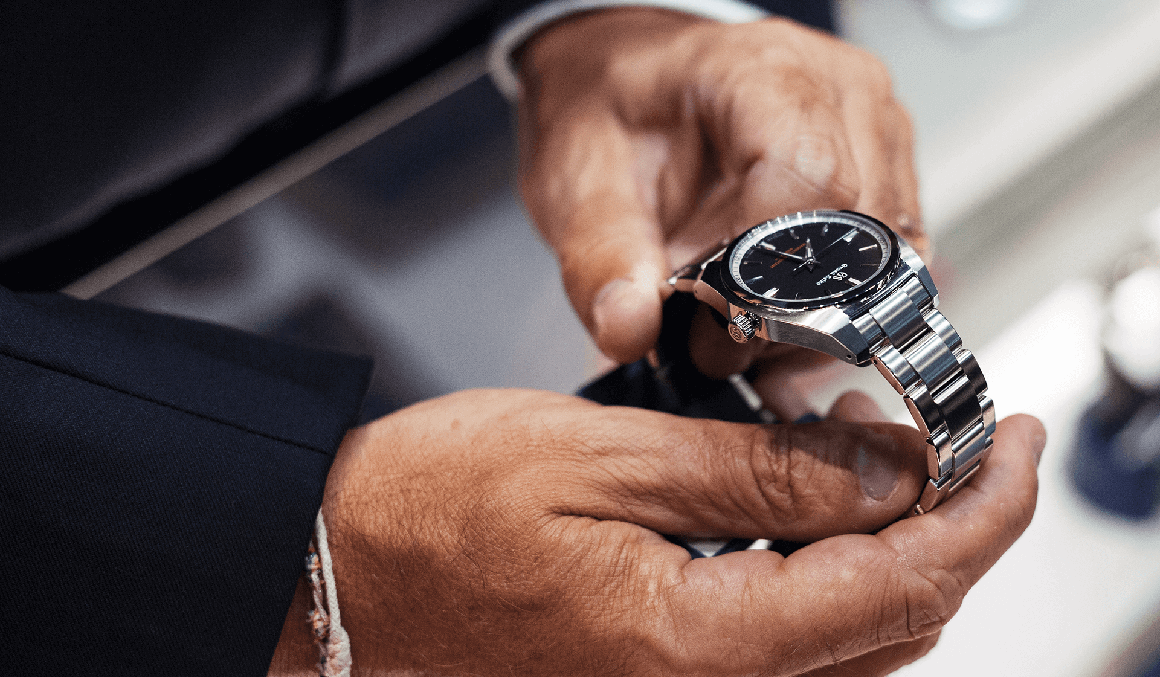 Switzerland’s not the only modern hub of watchmaking, despite it being more synonymous with the craft than fondue and Toblerone combined. Hell, you don’t even need to restrict yourself to Europe any more. In fact, for some of the finest – not to mention affordable – watches around, you need to look far, far further afield, all the way to The Land of the Rising Sun.

In fact, Japan’s probably had far more of an impact on watchmaking than you know – not all of it good. You might have heard of the Quartz Crisis of the 1970s, where battery-powered watches became de rigueur and wiped out hundreds of mechanical brands. Well, you can thank Japan for that, and more specifically Seiko (we’ll get to them).

More recently though they’ve stopped screwing with the global watch economy in favour of making some seriously good, fully-mechanical watches. In fact, in some instances they’re superior to the Swiss originals. Look what Suntory did with whisky and apply that to horology; you won’t be far off.

Of course, stepping away from generalities, below you will find the brands that have both helped shape Japan’s modern watchmaking industry and will be leading it in the future. 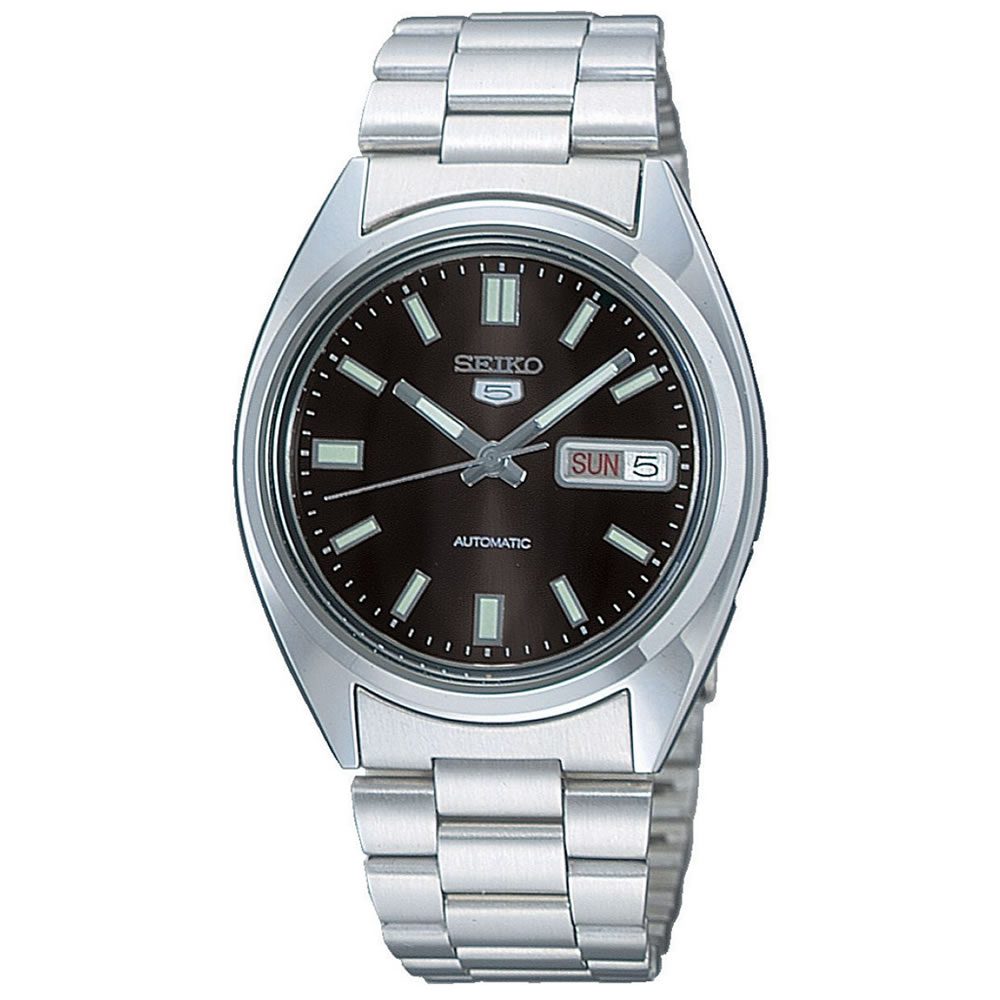 This one shouldn’t be a surprise. As alluded to above, it was Seiko that built the first quartz watches and continue to make some of the finest value for money timepieces you can buy. Seriously, from the simple Seiko 5 automatic all the way up to the seriously cool Turtle (the SRP 775 to use its real, utterly dull name) you can’t spend your money more wisely outside of property.

They also have the Prospex diving watches that put the Nautilus (Nemo’s, not Patek’s) to shame and the Astron, a collection of timepieces that set themselves using satellites – because why not? All the brand’s watches, be they quartz or mechanical, are made in house, though considering Seiko own a LOT of watchmaking real estate, that’s to be expected. They also don’t stop at entry level… 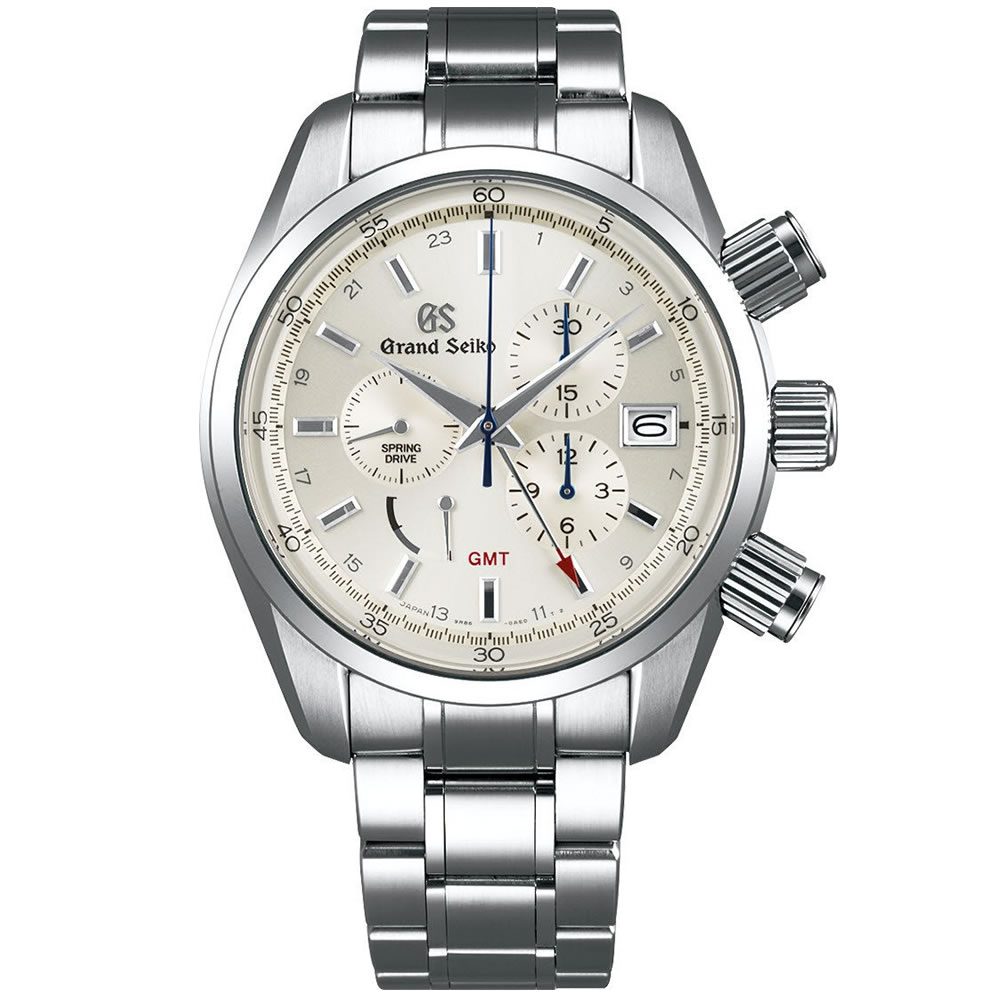 Grand Seiko used to be enmeshed within Seiko but in more recent years they’ve become a bit more autonomous, offering a greater range of diving watches alongside the classics. This is serious watchmaking, still good value but 20x the price of most normal Seikos. And it shows. Not only are they finished with the precision and beauty of a katana, the brand is home to some of the watchmaker’s greatest mechanical marvels, including the Spring Drive (the watch equivalent of a hybrid supercar) and the Hi-Beat 36,000.

They’re the kind of watch brand that collectors love but, unfortunately, the mass market pay little attention to. The last main entry in the Seiko triumvirate, Credor is as much ancient Japanese artisanry as it is watchmaking. Diamond-dusted dials, hand-painted scenery, if it takes a ridiculous amount of time and skill it’s probably on a Credor somewhere. The same goes for the movements, including the Minute Repeater, where the sound is made by a glass ring like a Japanese wind chime. They’re understandably expensive – the “if you have to ask, you can’t afford it” kind – but they’re seriously special watches.

If you happen to be passing Seiko’s Knightsbridge, London boutique, stop in and you might just catch a glimpse. Sightings are less common than Bigfoot but they do exist. Right, off Seiko finally and onto a watch brand that has all the same innovation just without wrecking Switzerland. Citizen’s best known for their Eco-drive, essentially a solar-powered quartz watch that, practically speaking, never runs down. They also have a penchant for satellite watches like my own Red Arrows World Time Chronograph that automatically sets itself to your time zone. Sure, it’s similar to Seiko’s Astron in that respect but it does so without needing a satellite signal.

At the top end they produce what we in the industry like to call “superquartz” watches. These movements use the same basic principal of quartz watches (which in case you didn’t know, pass a current through a piece of quartz which then vibrates at a specific speed) but take it to the extreme. It’s a strange blend of horology and extreme electrical engineering. For example, the 2018 concept timepiece loses a single second of accuracy a year. A. Whole. Year. Calculator watches. There, I said it – feel free to enjoy a moment of nostalgic feels. Fortunately, Casio’s stopped the gimmicky (mostly) in favour of some serious fashion chops. There’s nary a PR girl on the planet that doesn’t own the famous gold digital watches (think the Alarm Chrono) and you can see why: they’re cool, retro and cheap.

At the other end of the scale though – aesthetically speaking – there’s the G-Shock. If you want an affordable timepiece that’ll survive more than a bear-mauled Leonardo DiCaprio it’s this beast of a watch. You can beat the crap out of the thing and it’ll keep asking for more, whether you opt for one of the digital hybrid versions or the quartz. They’re also a streetwear favourite too, with plenty of collaborations with clothing brands, artists, musicians and anyone else that’s far too cool for me to know about. The last of the big four Japanese watch brands (shoving Credor and Grand Seiko back under the Seiko umbrella) is also the baby of the bunch. In fact, they’ve yet to make too much of an impact here in the UK, despite some decent designs and even more decent price points. Unlike Citizen and Casio, their main focus is mechanical watchmaking, right down to their incredibly affordable in-house movements.

Design-wise they tend to riff off classic styles, keeping things safe and restrained. They range from divers that look one snowflake hand away from a Tudor to classical moon phase pieces complete with guilloche dials. There’s the occasional curveball like the Orient Star Mechanical Contemporary Watch (their naming policy seems to be say it as you see it), but in general you know what to expect. Basically, if you want a specific type of watch but don’t care about brand name, check out Orient. They’ll likely have a similar style for far less money. Half the time they’ll be better-built too. 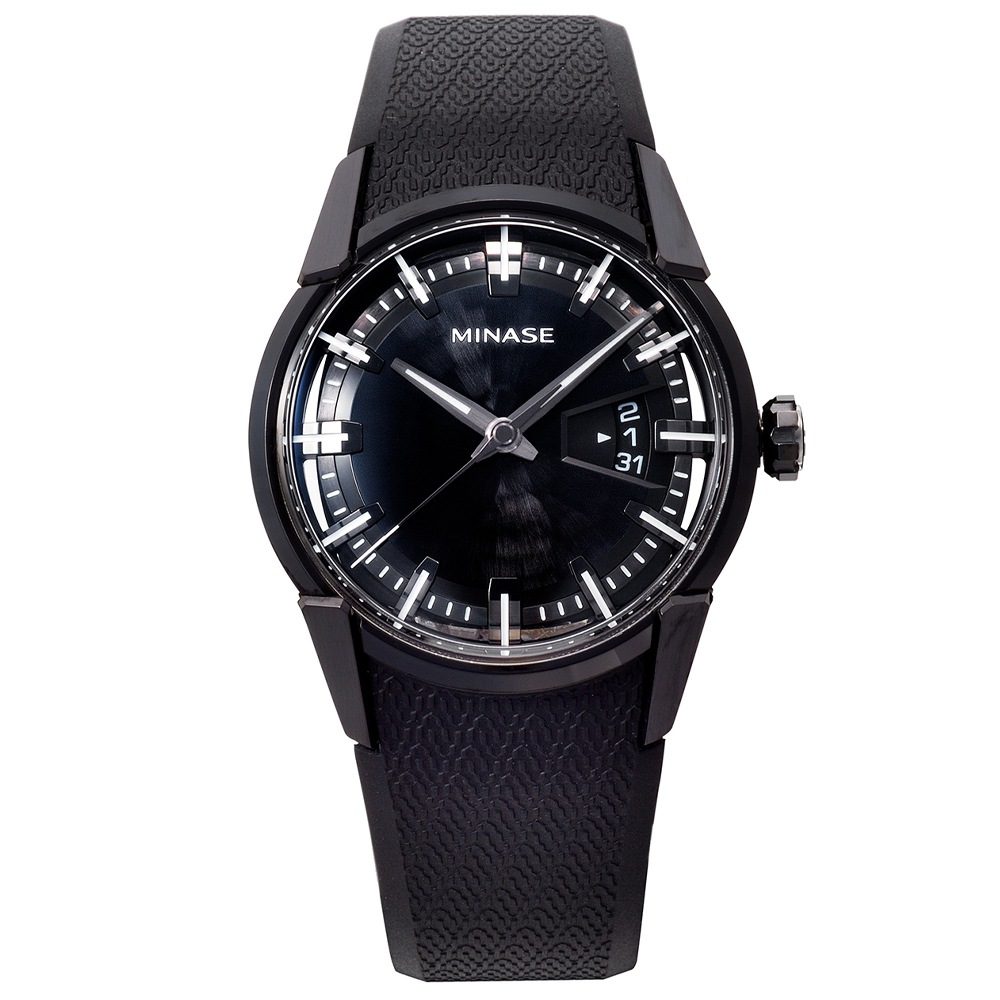 Minase cut their teeth in the wonderful world of drill bits. Fun, right? Well apparently, if you can do the fiddly machining of tools you can also do pretty well with watch cases. After a period of time building cases for others, Minase took the understandable leap to start producing their own timepieces. Their first series was back in 2005 and since then they’ve come a long way. The result is one of the most unique Japanese watchmakers around.

Understandably, a good part of what sets them apart are their cases. Using Sallaz polishing across the board as well as an unusual case-in-case structure, pictures don’t do them justice. It’s only when you get one on your wrist and see the way the light moves across the oddly concave caseband that you get it. Needless to say I’m a bit of a fan.

Inside you get a basic Swiss-made ETA movement, albeit customised a little by Minase, which brings the price down from where it could get to. For the Divido, their signature round model, you’re looking at roughly £2,900. For a striking, immaculately-finished watch that’s not bad at all. 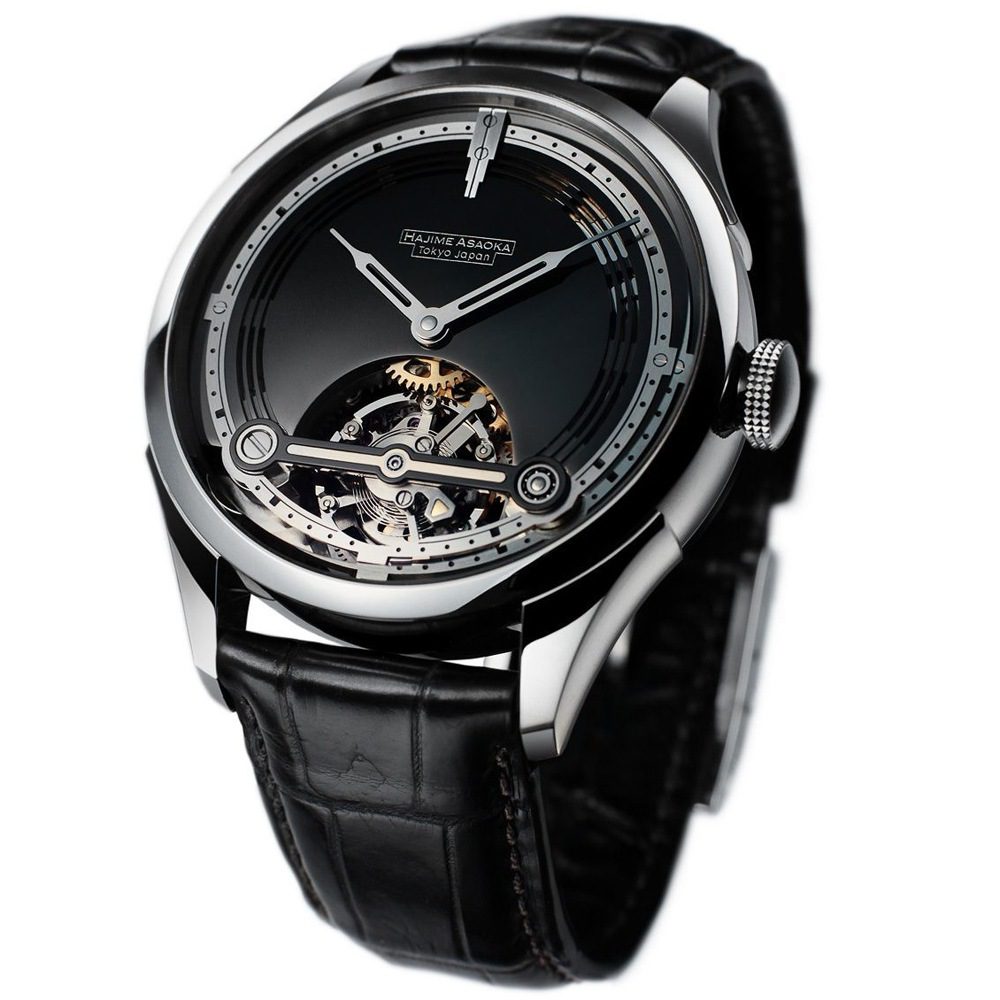 Most watchmakers here offer accessible, affordable timepieces; not so Hajime Asaoka. A one-man whirlwind of product design and self-taught skill in haute horology, he founded his eponymous brand back in 2005 and quickly went about making a splash with his first tourbillon a handful of years later.

Hajime Asaoka has continued as they started, working out of Tokyo to produce an impressive range of pieces; more impressive however is that he does a huge amount of the work himself, similar to Britain’s own Roger Smith – just a good deal more contemporary. Indeed, his design studio experience is self-evident in sleek, sexy tourbillons like the Project-T and Pura.

Just don’t expect them to be quick, or cheap. Asaoka generally works with each client for a more bespoke experience and will set you back upwards of £30,000. Most collectors would say they’re well worth the price. 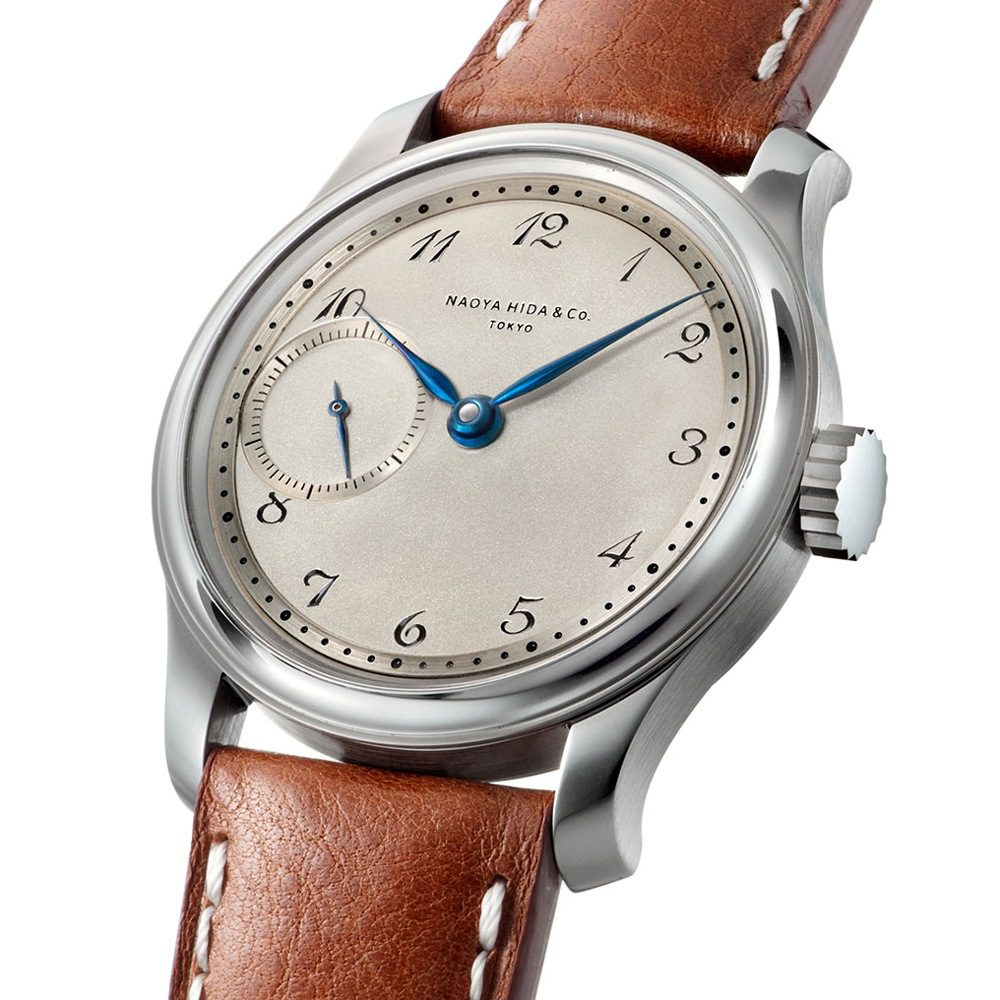 The newest brand on this list, Naoya Hida launched his eponymous brand in 2019. The man himself is an industry veteran of nearly 30 years and was responsible for the Japanese launch of collectors’ darling F.P. Journe. With that in mind, the brand’s vintage-style timepieces aren’t any real surprise.

37mm with a champagne dial, small-seconds, elegantly curved numerals and beautiful leaf-shaped blue steel hands, the Type 1B is almost classical to a fault. It’s a simple watch but incredibly well-made – the same kind of piece that built F.P. Journe. In fact, if you like one you’ll probably like the other. Still, this is just the beginning for Hida; here’s hoping the brand gets a little more adventurous in the years to come.

Either way it’s hard not to appreciate the Type 1B, even if you prefer the more contemporary side of haute horology. It will set you back around £13,000, though, so not exactly an entry-level timepiece. 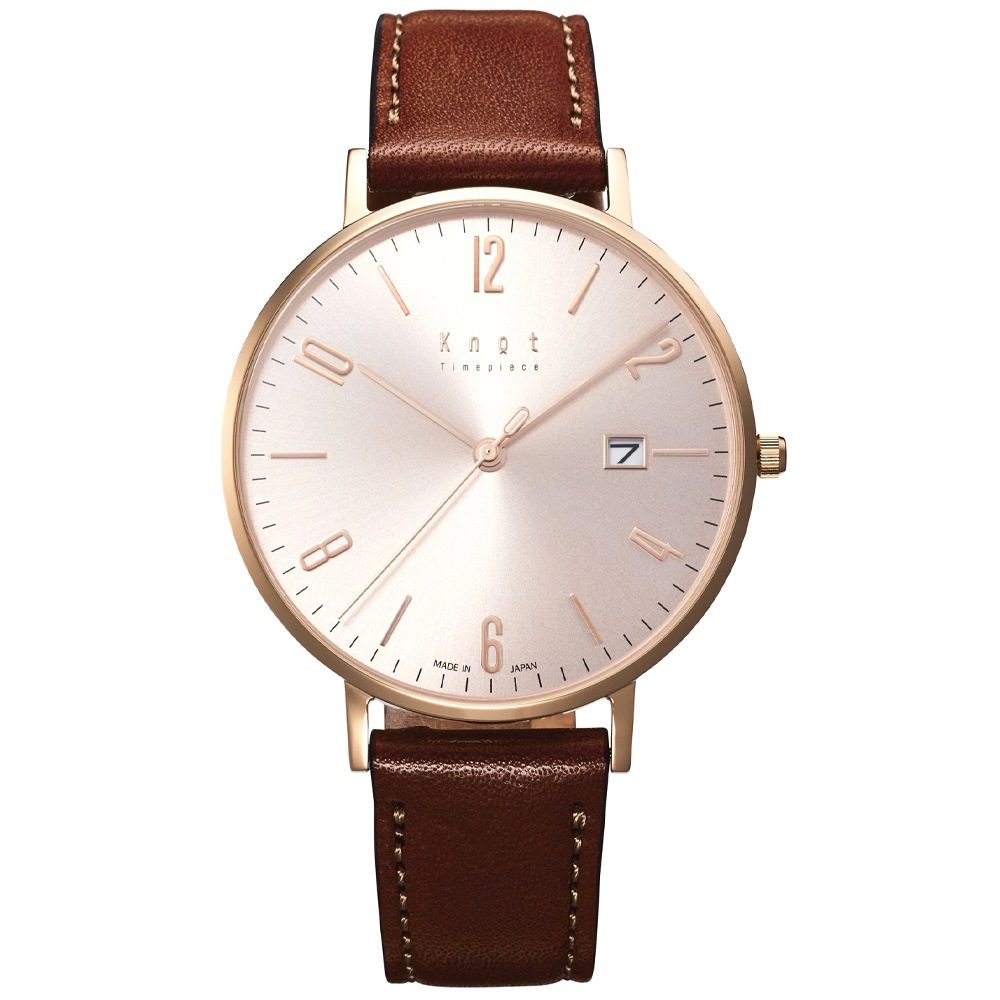 Custom watches are bigger than ever, but you don’t need to splash out on a blacked out Rolex Daytona to get your ideal timepiece – at least if Knot has anything to say about it. The concept is simple: go on their website, choose a watch and get customising.

All the designs are Knot’s own, but there’s a good range of variation within the potential collection. They start at simple, pared-back almost Bauhaus quartz pieces, with white dials and black cases. Then there are solid automatic chronographs and an array of solar-powered pieces in the vein of Citizen’s Eco-Drive.

You can combine each with a strap of your choosing – including some particularly handsome Milanese numbers – and a host of dial variations. All told there are about 8,000 combos. Don’t go expecting the same quality as a high-end fine watchmaker, but if you want a unique watch and don’t crave brand recognition, Knot may well be for you.