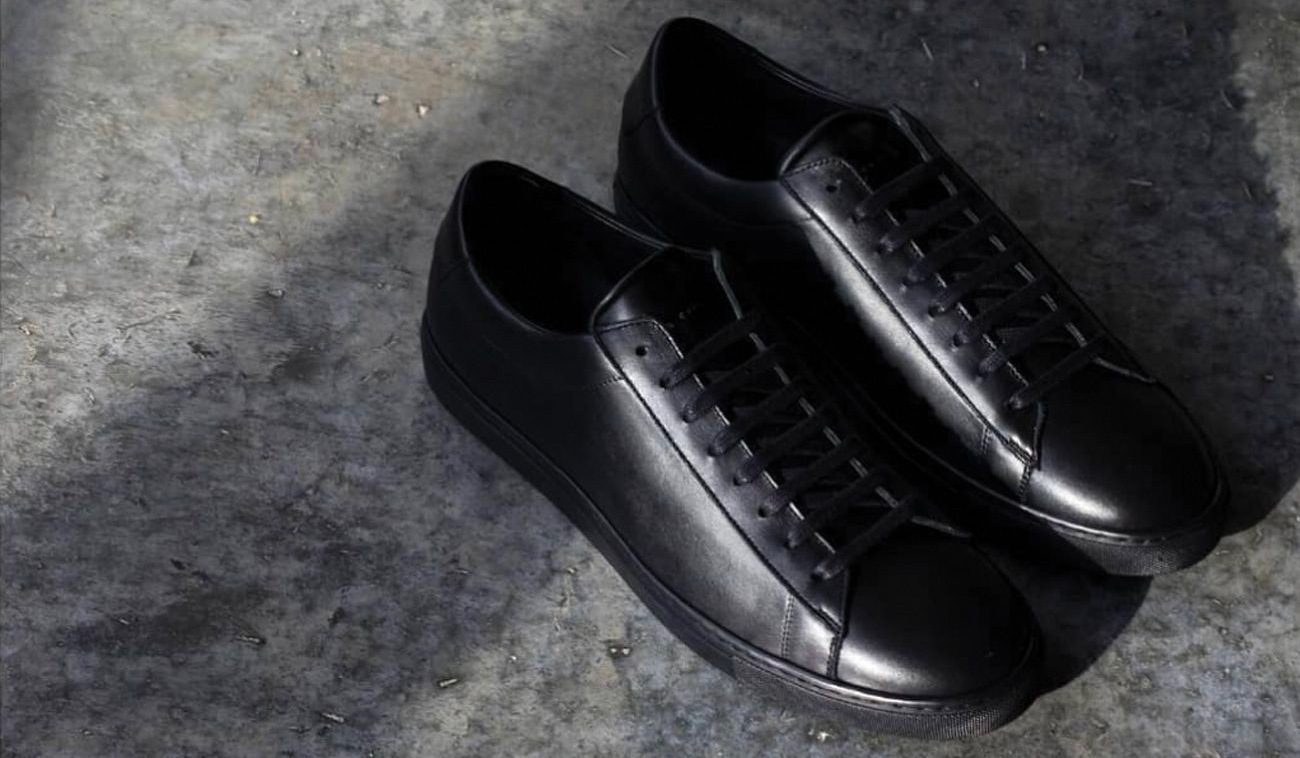 When it comes to monochrome kicks, white has always ruled the roost. It’s clean, it’s crisp and it’s endlessly versatile. But that doesn’t mean you shouldn’t have a pair of all-black sneakers in your rotation.

Where white sneakers are bright and casual, black sneakers are dark and dressy. They can slip stealthily into settings where their loudmouth counterparts would be wholly unwelcome, and they’ll age far more gracefully too.

All-black sneakers are the yin to white sneakers’ yang. It’s footwear dualism – two opposite forces coming together to complete your shoe-rack lineup. If you don’t already own a pair, it’s never too late to invest, and to help you along we’ve compiled a list of our all-time favourites.

From upscale minimalism to old-school classics, these are the best all-black sneakers as selected by Ape. The line that divides sneakers and smart footwear has a name: the Achilles Low. When this masterclass in minimalism first launched almost 20 years ago, no one could have predicted the impact it was about to have on menswear.

The juxtaposition of top-shelf luxury and stripped-back styling shifted perceptions about what a sneaker could be. Suddenly it was something that could be legitimately worn with tailoring as well as with a T-shirt and shorts, and the all-black colourway blurs the line further still.

It’s the dressiest sneaker out there and a must-have for any man who wants to bring a touch of luxury to his everyday attire. There are precious few designs that have remained unchanged for over 100 years, but the Chuck Taylor All Star is one of them. This iconic sneaker was arguably the first ever pro-model shoe, paving the way for a whole subgenre of sports footwear.

It’s demonstrably timeless and remains the most popular sneaker in the world more than a century after its launch. In black, it holds connotations of rebellion and rock ‘n’ roll sensibilities. A firm favourite of everyone from 1950s greasers to the grungers of the late 1980s and early 1990s. High-end, minimalist kicks are great, but they come with some caveats. First and foremost: they’re expensive. Often to the point of being priced out of most people’s reach. Secondly, the fit, particularly where Common Projects is concerned, is notoriously long and slim.

Oliver Cabell addresses both of these common drawbacks with the Low 1: an upscale, minimalist sneaker that offers wide options and comes in at a more affordable price point. In black, it’s the perfect accompaniment to smart-casual outfits and weekend looks alike. 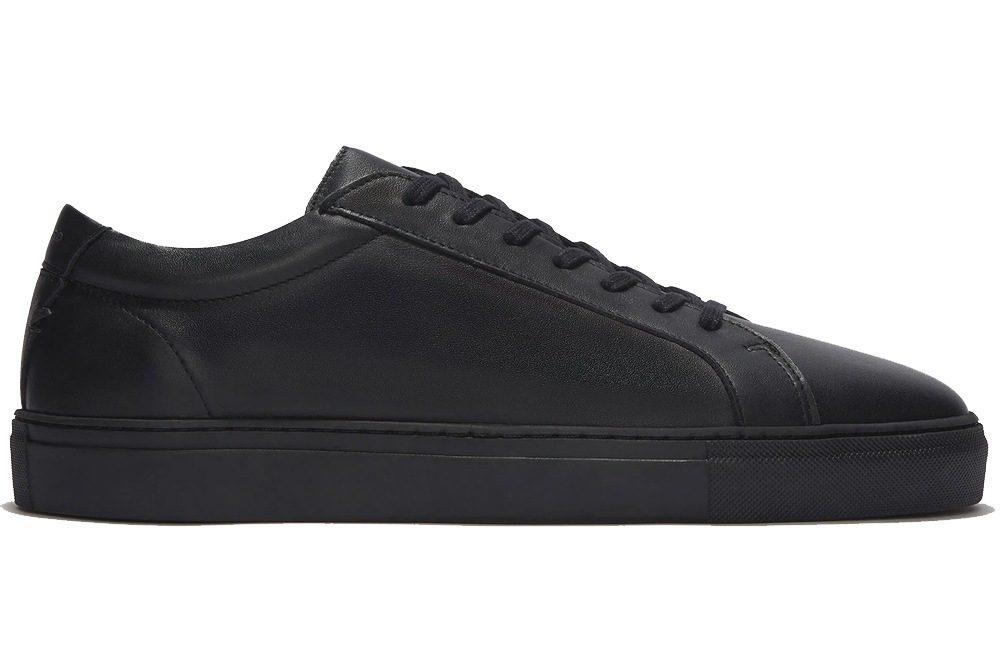 The Series 1 from Uniform Standard is perhaps the best-value premium sneaker on the market. It boasts all of the qualities that have made shoes like the CP Achilles Low such a success but at a price point that most people will be able to stretch to.

It also has the added benefit of using a lot of recycled materials. The high-quality outsole, for example, is made from 70% recycled rubber, and even the shoe bag they come with is made from recycled cotton. Skate culture and fashion have often flirted over the decades, but the Vans Old Skool is perhaps the first notable example of the relationship becoming something more akin to a steamy love affair. Over the years, the shoe has graced both skate parks and Fashion Week runways.

Virgil Abloh famously styled them in his SS17 OFF-WHITE show and they’re still the go-to skate silhouette of the fashion savvy today. Oregonian sportswear giant Nike has released its fair share of iconic designs, but the Air Max 97 is one of the most significant. This was the first shoe to feature a full-length Nike Air unit in the sole, and caused shockwaves within the running world.

In spite of its bold appearance, it has managed to remain relevant since its debut over 20 years ago, which is testament to its unrivalled mix of style and comfort. 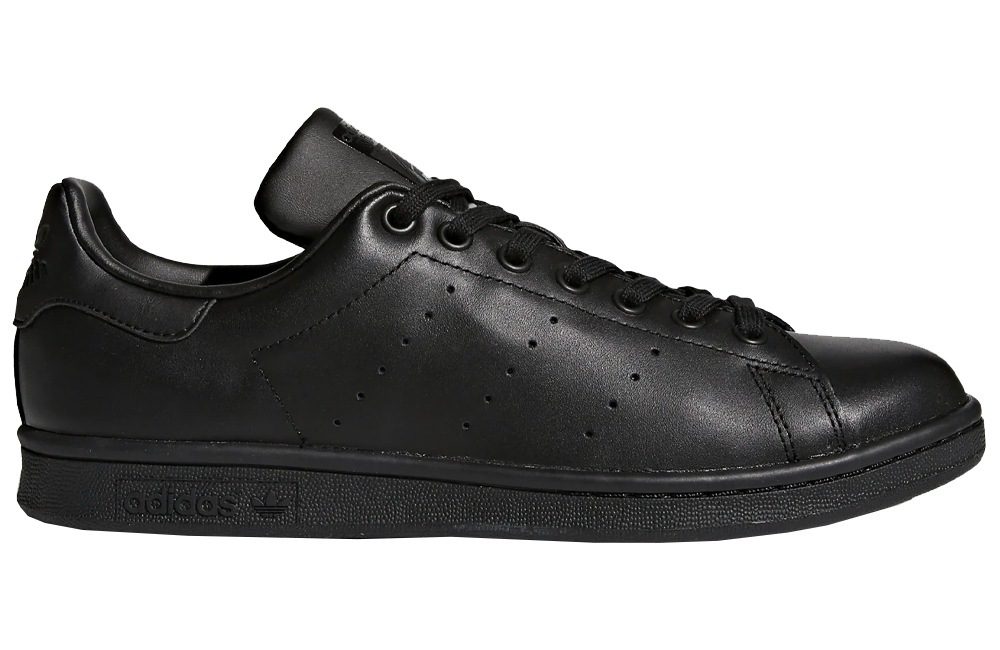 Adidas’ Stan Smith tennis shoe is the mother of all minimalist sneakers. It’s unashamedly basic and somehow manages to be both completely nondescript and instantly recognisable at the same time. It has spurred countless imitations over the years but still remains the original and best.

It’s probably most recognisable in its classic white and green form, but there’s something to be said for an all-black version too. A design borrowed from a German army trainer, Maison Margiela’s Replica sneaker is a simple design that’s perfect in all black. It features smooth leather and soft suede, working in tandem to create depth and texture in an otherwise stripped-back shoe.

If you’re looking for an all-black sneaker that offers luxury, fashion points and timelessness in equal measures, this is the shoe for you. French brand Veja is at the forefront of sustainable, ethically-produced sneakers and its V-10 model is our personal favourite. The shoe takes its cues from classic basketball styles and is available in a fully vegan option.

A lot of the materials used are made from recycled plastic bottles too, which is much better for the environment than the alternative. The latest version of New Balance’s iconic 990 silhouette was an overnight success when it first hit shelves in 2018. The simple styling was an antidote to the chunky sneaker trend that had been dominating the footwear landscape, while the maximalist silhouette didn’t veer too far from the zeitgeist.

But the thing we love most about this shoe is the premium constriction. You can really tell that every minute detail has been executed with care and attention, using the best materials and construction methods available. It’s popular in grey, but we love the stealthiness of the all-black version. Plus, they tend to hide dirt better too. 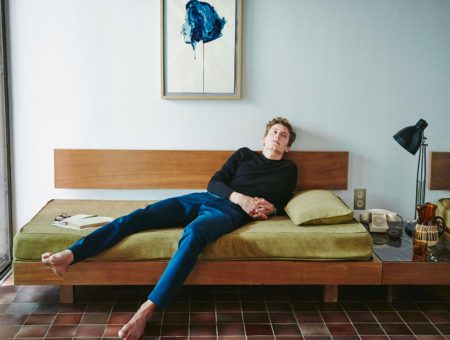