Every man experiences a lack of sartorial inspiration from time to time. Keeping outfits interesting and wardrobes well stocked is no easy feat, and even the best-dressed gentlemen out there can occasionally find themselves stuck in a style rut.

The trick is to keep things fresh. One way this can be achieved is by getting some new designers on your menswear radar. We’re talking the lesser-known, the direct-to-consumer, the up-and-coming and the independent. Labels that can inject a dose of something new and exciting into a stagnating wardrobe.

Here we count down some of our favourite brands that you may not already know. Including who they are, what they do best and why they’re worth introducing to your rotation.

It may have been temporarily eclipsed by garish colours, over-the-top detail and bulky silhouettes in mainstream menswear, but make no mistake – minimalism is here to stay. And leading the resistance is Swedish independent label A Day’s March.

With several brick-and-mortar shops already established on its home turf, and one in London’s Soho district now too, A Day’s March’s signature brand of stripped-back simplicity has quickly made them a favourite here at Ape.

Expect well-made wardrobe staples with slim cuts and pared-back branding as standard. For a quick snapshot of what the label is all about, look to its military-inspired overshirts. They’re clean, versatile, timeless and a prime example of what the Stockholm-based brand does so well.

Shop now at A Day’s March

The majority of dress codes are pretty firmly established. This considered, attempting to redefine one is no small undertaking. Nevertheless, that’s exactly what British label L’Estrange has been doing with its unique take on the term ‘smart casual’. And to marvellous effect.

The brand was born in 2013, out of a desire to create the perfect hoodie. A garment with all the best qualities of a traditional hooded sweatshirt, but infused with tailoring DNA. Quite literally a smart/casual hybrid.

The results speak for themselves. And now L’Estrange has expanded to include a full range of neo-smart-casual staples, including trousers, shirting and T-shirts.

The first and most important step in building something beautiful is to lay a solid foundation. This is true not just in architecture, but also your wardrobe. A reliable sartorial arsenal depends heavily on the selection of basics that form its backbone. If these are up to scratch, everything else will fall into place. If not, well, you’re in trouble.

Thankfully, Stockholm-based brand Asket is all about the essentials. Since 2015, the Scandinavian label has been on a mission to kit men out with the fundamental tools they need to build the perfect capsule wardrobe.

The idea behind the brand is to create timeless basics to last forever, not just a season. Team that with high-end craftsmanship and focus on sustainability and you get one of the slickest purveyors of stylish staples you’re ever likely to come across.

With the relaxing of dress codes across the board in menswear, sneakers have found a new audience. These sporty staples have graduated from track and field to legitimately being worn with tailoring. Still, it wouldn’t have been possible if it weren’t for the brands that made it their mission to smarten them up.

One such label is ETQ., a Dutch brand specialising in the sort of luxurious sneakers capable of complementing almost any clothing combination you could care to imagine. It’s all thanks to a simple design, high-quality materials and artisan craftsmanship. These are the type of kicks that’ll become your go-to – something you can wear for anything from a job interview to a date night with great results every time.

Swedish brothers Niklas and Mattis Oppermann founded Carl Friedrik in 2012 after they grew frustrated with the lack of well-designed, high-quality leather goods that they wanted to use themselves or to give as gifts for friends.

Luckily for the rest of us, they soon put this right. Carl Friedrik’s stylish luggage is slick, well made and versatile. Crafted from the highest quality Italian leather by genuine artisans, the range encompasses weekenders, backpacks, tote bags, briefcases and even suitcases. Basically, everything you need to get your gear from point A to point B in as good-looking a manner as possible.

Swedish lifestyle store Arket burst onto the scene in August 2017 to unprecedented success. The offspring of H&M, this minimalist high-street mecca offers a breath of fresh air from the hustle and bustle, serving up stylish trinkets, good coffee and, of course, excellent attire.

Here you’ll find clothes that are well made, squeaky clean and just oozing Scandinavian cool. Keep your eyes peeled for their overshirts and tailoring, but where Arket really excels is with its knitwear. Think fine-gauge, merino wool and just the right amount of restraint.

Founded by Londoner Stacey Wood in 2016, King & Tuckfield is a relatively young label that’s already making waves. Since day one, the menswear industry has been abuzz with talk of made-in-England selvedge denim and cuts so clean, contemporary and cool they would give Acne Studios and A.P.C. a run for their money.

These are classic, simple clothes with big personality. Elegant garments that somehow manage to be both subtle and statement-making at the same time.

The label has friends in high places, too. Male model and dapper man-about-town Richard Biedul is a fan, having recently launched a co-branded collection. But for King & Tuckfield, this is only the beginning.

A market stall selling boxer shorts made from shirting offcuts may not sound like a great jumping-off point for a stylish menswear label, but it certainly worked for SIRPLUS.

Since as early as 2010, the company has been a regular fixture of London’s Portobello Market. And what began as such a simple concept has over time morphed into a full-scale fashion brand.

Perhaps it’d be unfair to label it as “fashion”, though. Because the label’s output isn’t driven by trends, but timeless style that’ll keep looking good and remain relevant season after season, year after year. From simple, plain tees to casual shirts – it’s all exemplary stuff crafted to the highest standards. Look out for the trademark Nehru jackets, too.

Arguably one of the classiest beach destinations on the face of the earth, Biarritz is cool, chilled out and full of character. It’s also home to Atalaye: a young brand making some of the finest resortwear we’ve ever had the good fortune to see.

Atalaye’s swimming shorts are a perfect visual metaphor for their Basque-country hometown. They’re stylish, laid back, luxurious and bursting with personality. This is premium swimwear that justifies its price tag, making the ideal accompaniment to anything from a polo shirt and espadrilles to simply a bare, bronzed torso.

Eastern-inspired prints are a common theme, so look out for eye-catching designs and lively colours.

A good pair of sunglasses is never a cheap purchase, but British eyewear brand Finlay is helping to bridge the gap between quality and affordability.

Each pair of Finlay shades is meticulously crafted in the foothills of the Italian Alps, using techniques that have been passed down for generations. The best part is that they’re a breath of fresh air from the usual. These sunglasses have their own distinct personality and unlike most designer alternatives, they won’t leave you with a hole in your wallet.

With prices starting from around £120, you can afford to grab a couple of pairs to get you through the summer in style. Plus, if you really want to make them special, you can have them engraved with your initials, too. 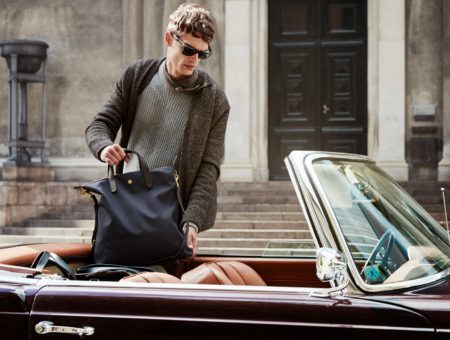