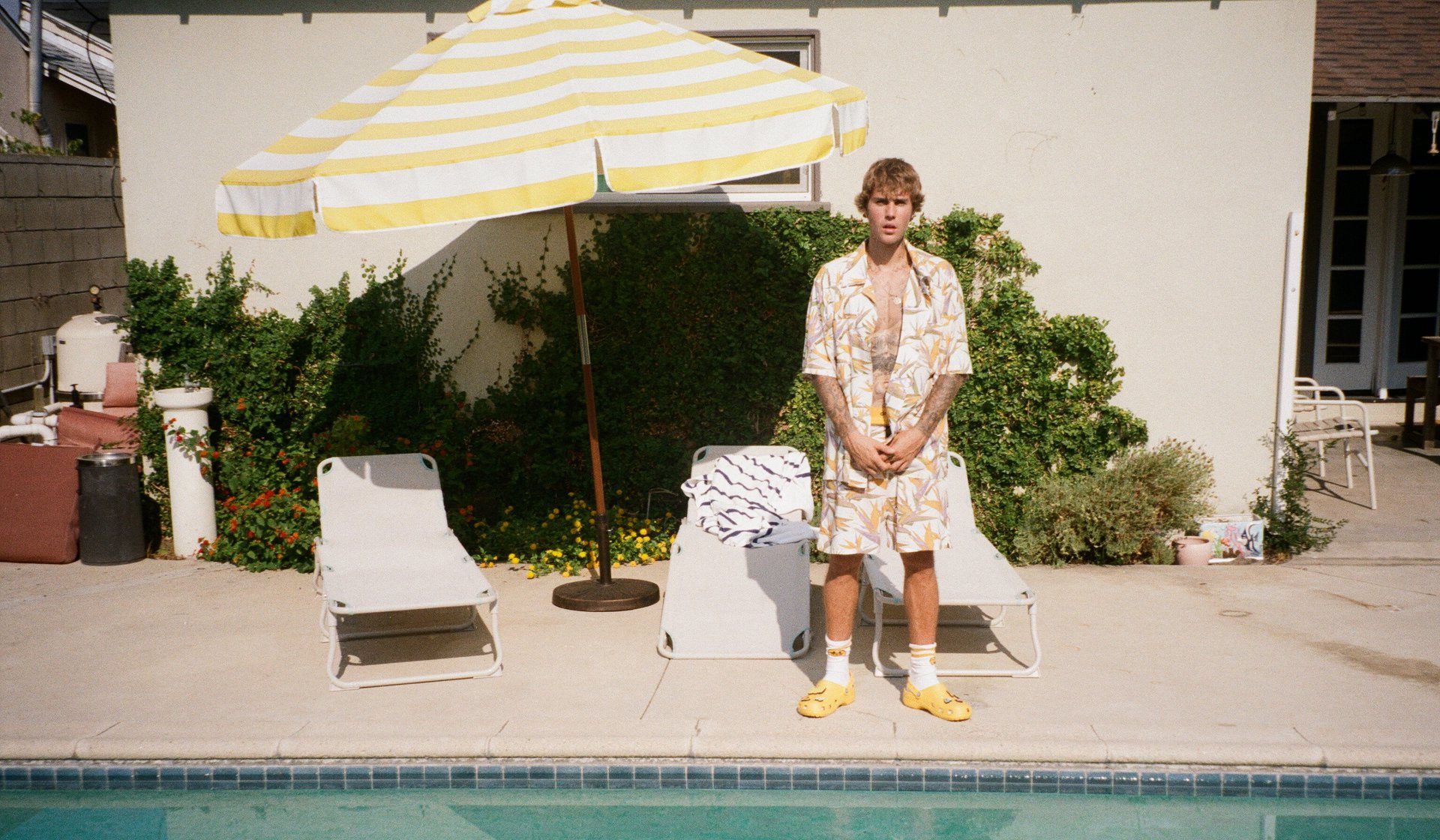 As we collectively take our first cautious steps into the new year, very little is certain. If the pandemic has taught us anything, it’s that we can never be sure of what’s lurking around the corner, and there’s nothing any of us can do about that.

But there is one thing we can control: our wardrobes. Granted, it’s pretty trivial in the greater scheme of things, but if we can all take this opportunity, early in the year, to bin all of the trends that aren’t serving us, then we can be sure that 2022 will be a better year from a style standpoint at the very least.

We’ve had a whole year now to reflect on the trends to ditch and there’s certainly plenty to digest. So here are the fads and fashions we’d like to see left well behind. 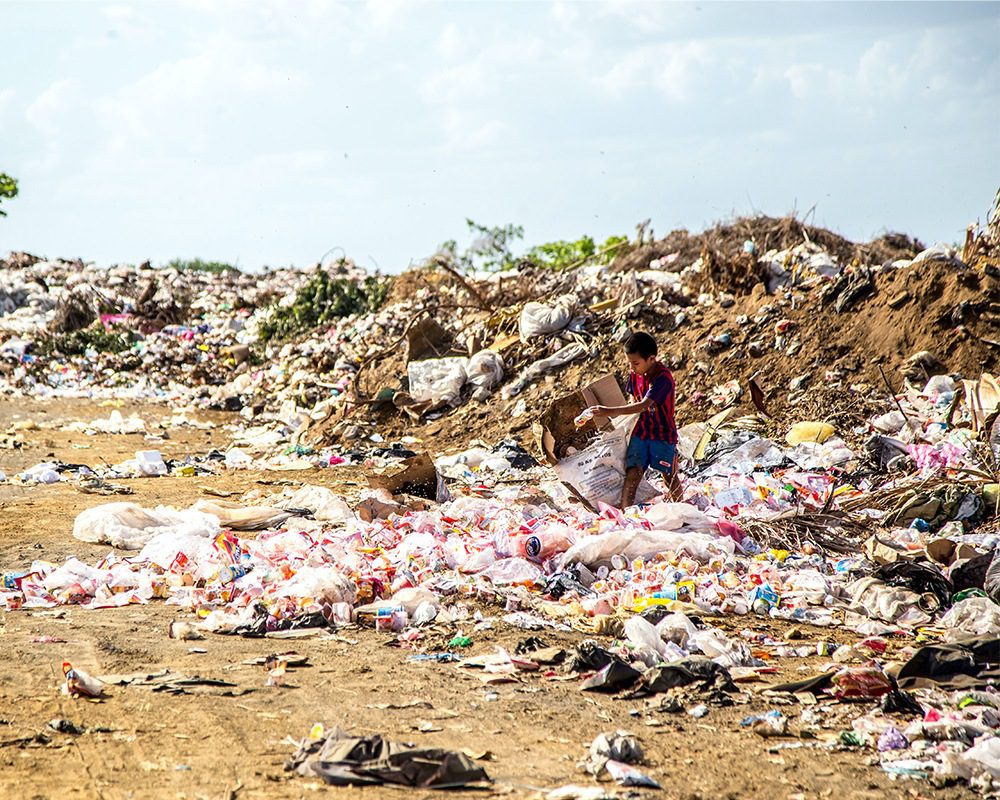 We don’t have a slogan, but if we did it would probably be something about buying less and buying better. The cheaply produced, trend-driven clothing that floods high-street stores is made to be thrown away as opposed to being made to last, and the impact this has on the planet is colossal. Not to mention the exploitation of workers.

So, what can we do about it as we move into 2022? Simple. Minimise consumption, and when you do buy a garment, make sure it’s something that’s built for the long haul rather than landfill. That means shopping for quality, doing your research on manufacture and, as always, opting for timelessness over trends. 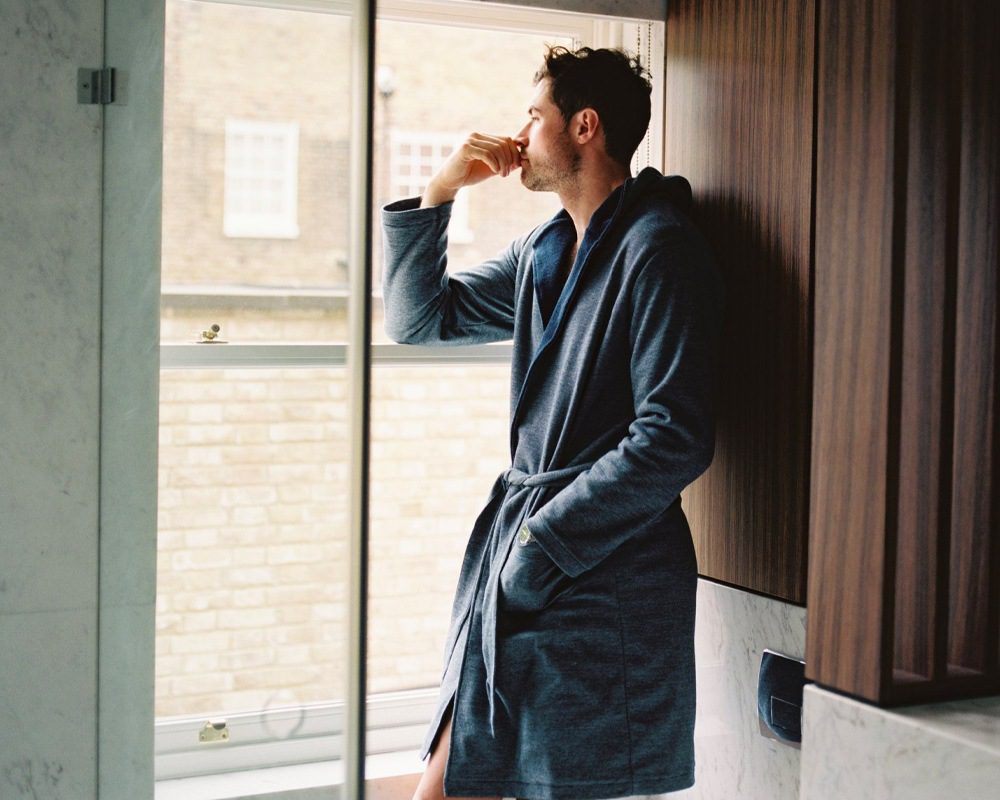 It’s time to start getting dressed again, no matter how nice your loungewear is

We’re all familiar with remote working now, which means there’s no longer an excuse for not having your WFH wardrobe dialled in. The dressing gown and bear-claw slippers might have been understandable back in March 2020 when we were all still figuring the whole thing out, but this is 2022. Heavens, man, the least you could do is put some clothes on!

If you’re not quite up to speed yet, we’d suggest shopping for casual staples with a comfortable edge. Seek out clothing that looks halfway presentable but still feels like loungewear. Think smart sweatpants, premium knitwear and relaxed shirting in soft, tactile fabrics like flannel and corduroy. Crucially, though, just make sure there’s a clear distinction between what you wear to work in and what you sleep in. Blame it on advocates like Shia LaBeouf, Post Malone and Justin Bieber, or the fact that reduced human contact has made us immune to public shame, but Crocs seemed to be everywhere in 2021, cumulating in this once never-be-seen-dead-in-those brand doubling its share price over the past 12 months. Unless they are being bought by the truckload by overworked medical staff (in which case, we salute you), it defies all logic.

We’re here to reinforce that under no circumstances should any man over the age of five be seen outside their home in bulky plastic shoes. There are many other silhouettes that offer the same levels of comfort and ease without sacrificing your self-respect, including loafers, slip-on sneakers and espadrilles. At the danger of riling Greenpeace, it’s time this Croc became extinct. 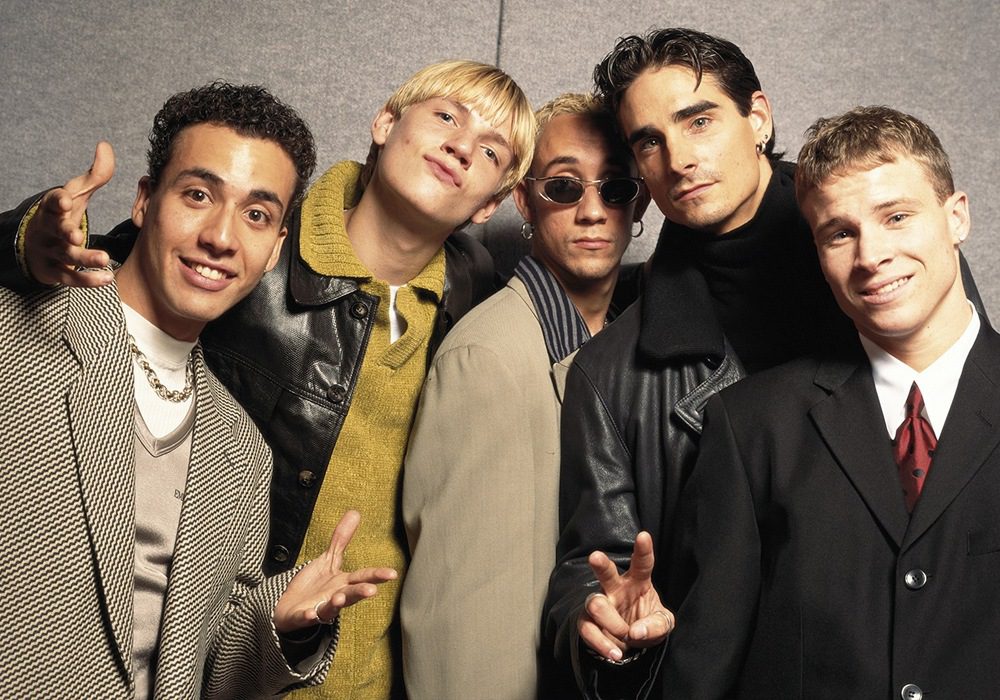 Any haircut sported by a 1990s boyband should be avoided

The 20-year trend cycle is truly unrelenting. As ridiculous as something may seem in hindsight, this universal fashion law dictates that it will always re-emerge a couple of decades down the line. We’ve witnessed it with oversized tailoring, chunky sneakers, and the puzzling resurgence of the bucket hat, but more recently, it’s the ill-advised haircuts of the 1990s that have been making a comeback.

Bowl cuts, frosted tips and mullets have no place in 2022. Make sure you’re on the right side of history by continuing to give these styles a wide berth, no matter what David Beckham does. 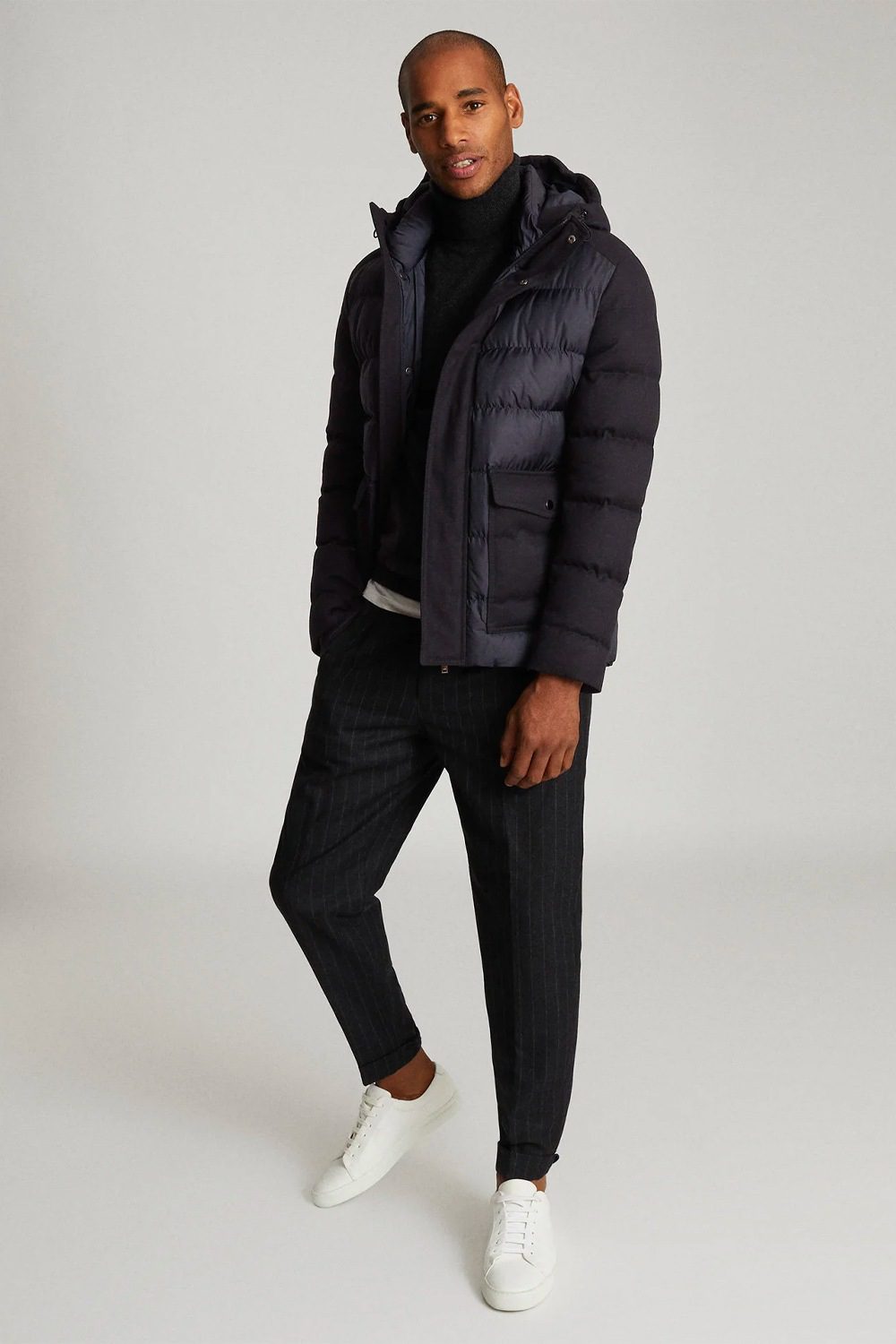 Sockless in winter is a strange look

When people look back at the 2010s in years to come, this will probably be seen as one of the key prevailing trends. We’ve all been there and perhaps there’s still a time and a place for no-show socks when the warmer months come around. However, the sockless look should be deployed sparingly and only when the weather calls for it. Until then, keep those ankles covered.

Going sockless has been such an overarching and widespread trend that it really became the norm when dressing either casual or smart-casual for the best part of 10 years. Yet as we move further into a new decade, it’s becoming increasingly clear that the look’s days are numbered. We think now is probably a good time to start moving on.

Oversized Sneakers, Once And For All 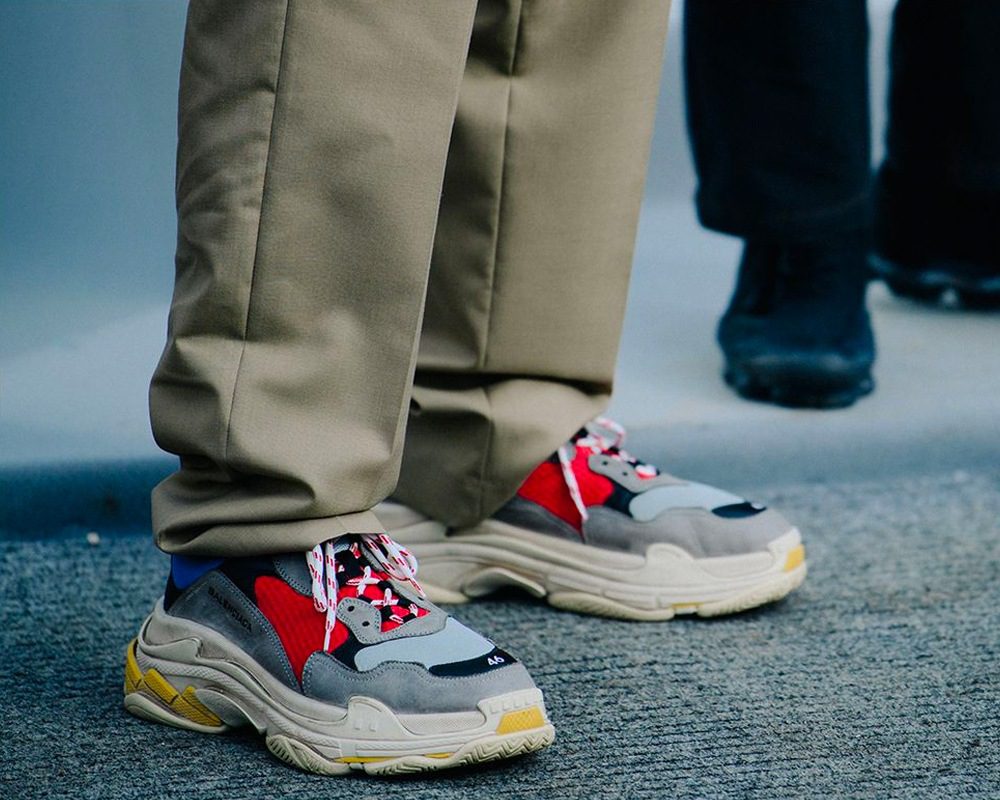 Ugly kicks have had their day

It’s time. Ever since the launch of Balenciaga’s Triple S in 2017, the menswear landscape has been dominated by inescapably large, earthquake-triggering sneakers. We’d really like it if 2022 could be the year that they finally stomp off into the sunset. Or the bin. Or a fire.

Don’t get us wrong, it hasn’t all been bad. The general bulking out of sneaker silhouettes has led to the resurgence of some great styles. The whole ‘dad shoe’ thing that saw shoes like the New Balance 990 come back into focus has been great, and may not have taken off with such force had the way not been paved by something bigger. Still, as far as platform-sole, multicolour monstrosities go, we’ll be glad to see the back of them. 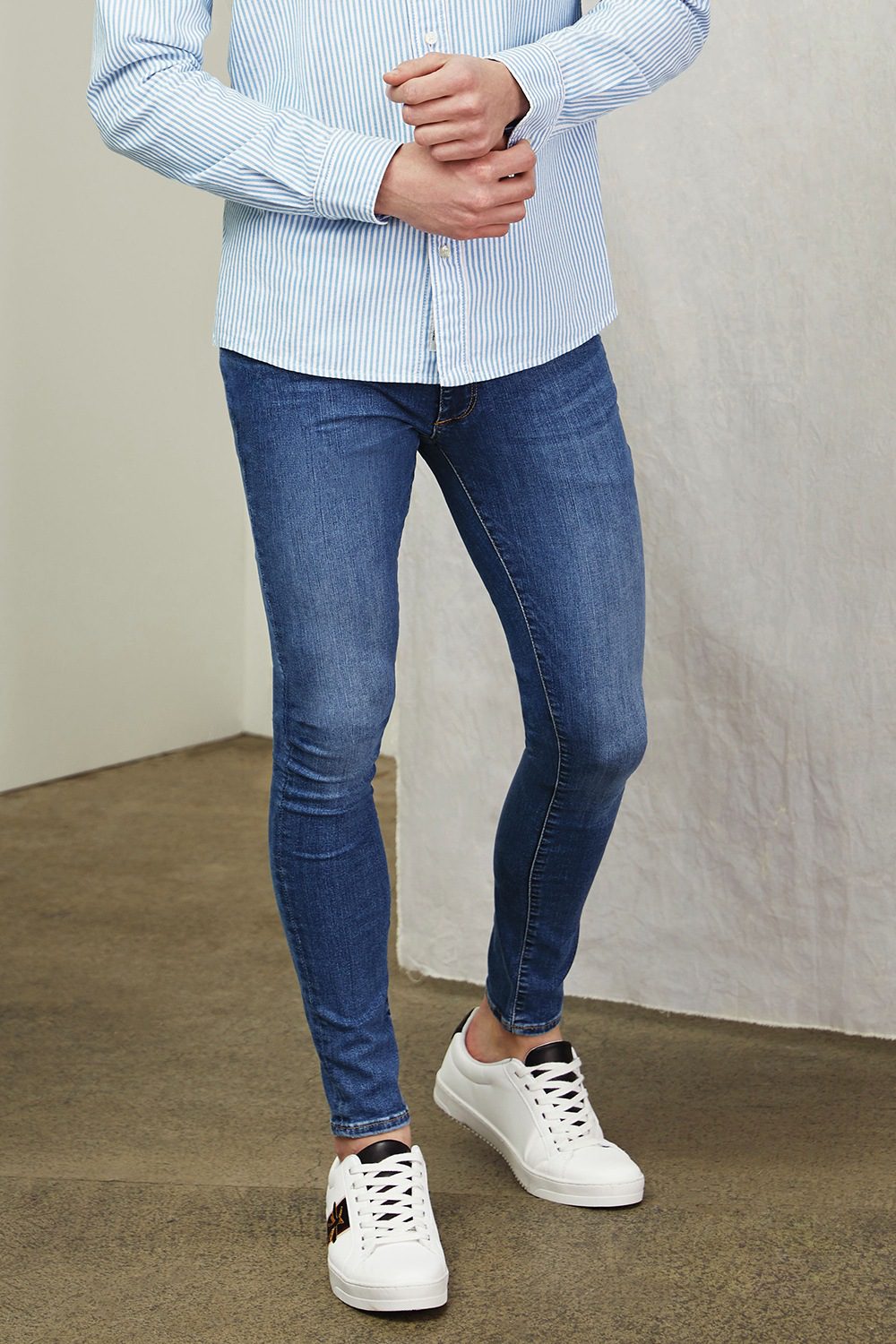 For anyone yet to consign the skinny jeans to the dressing-up box, this is your last chance. If not for yourself, then do it for your potential future children. After all, they may not get a chance at life if you keep treating your testicles with such flagrant contempt.

The 2010s were rife with form-hugging denim, but for quite a few years now the pendulum has been swinging in the opposite direction. Straight and relaxed styles are where it’s at now, which is good news for your boys. We were never particularly fond of skinny jeans anyway, but now they just look downright dated. Instead, opt for a timeless straight-leg, or slim-fit if you have the proportions to carry it off. 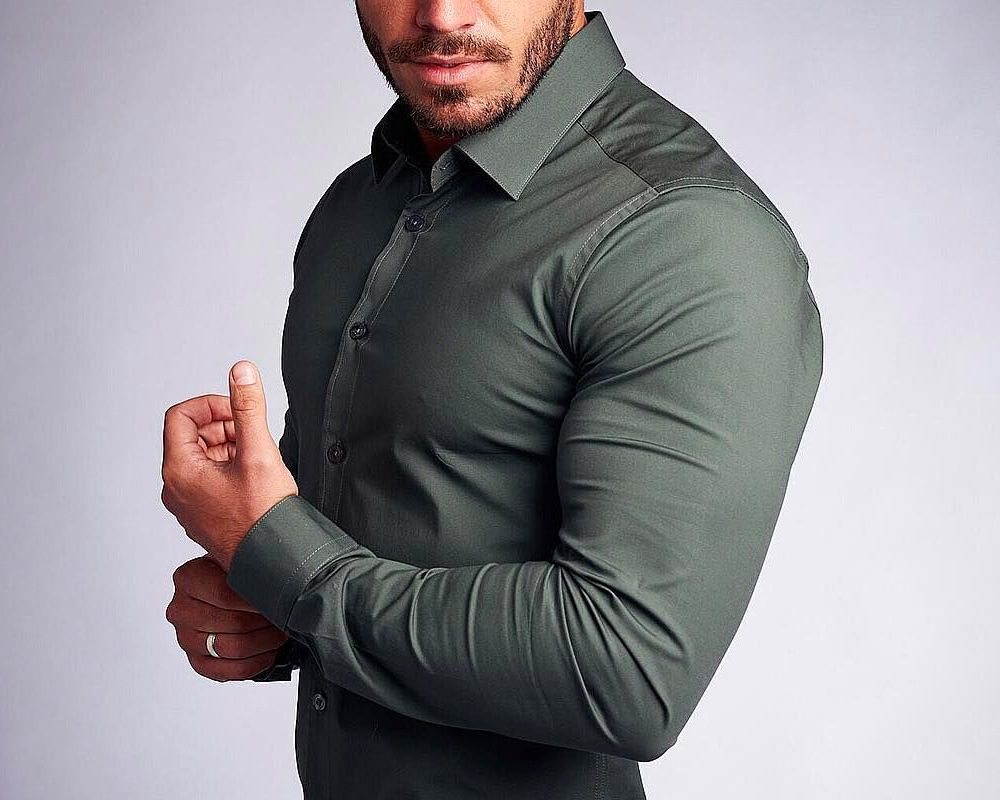 You can highlight your physique without going skin tight

It’s a strange term, ‘muscle fit’. On the surface, you’d expect it to mean clothes that are designed to fit a muscular physique. In reality, it means the exact opposite. These clothes aren’t designed to fit as much as they’re designed to cling and squeeze. If your end goal is to look good, they should be avoided at all costs.

It’s easy enough to avoid. Muscle-fit clothes are pretty much exclusive to fast-fashion high-street stores, so avoid them altogether and you can kill two badly-dressed birds with one stone.