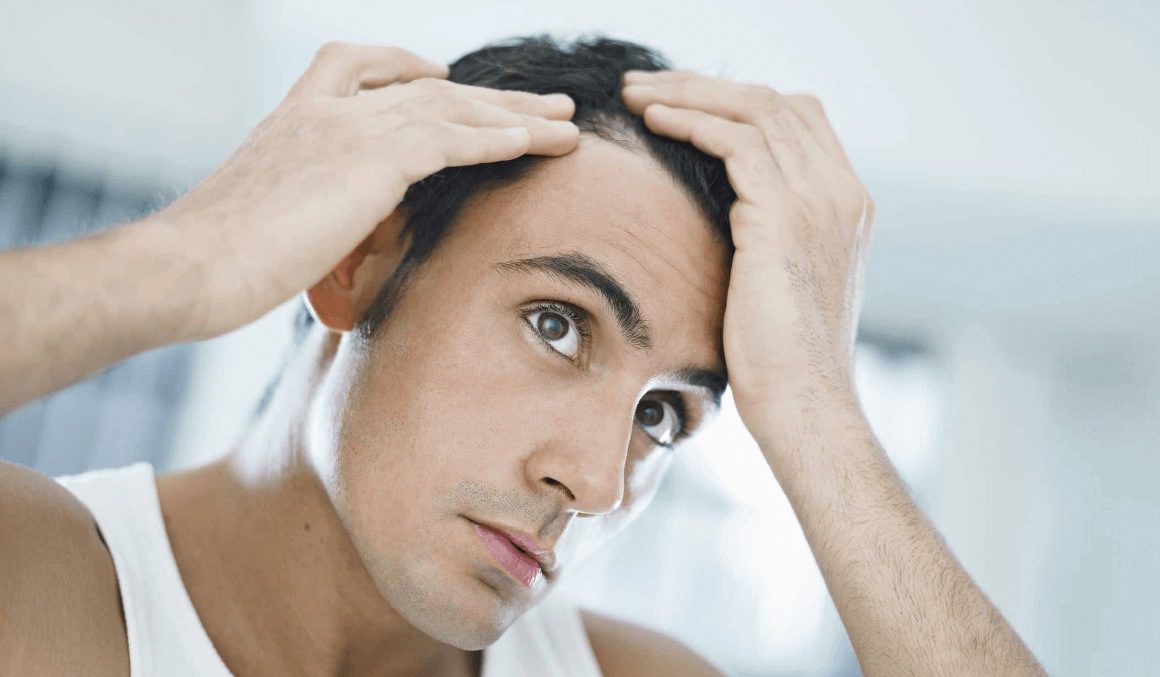 Vanity is a funny thing. Sometimes it makes us lift our game so we present the best possible version of ourselves to the world; sometimes it makes us want to hide ourselves away for fear of rejection. For the majority of men, hair loss is a life-changing condition that can be mildly annoying at best and highly destructive at its ugliest, especially if you experience it at a young age like I did (21 years old).

Statistics have shown that one-in-three white men aged between mid-teens to late twenties will start to lose their hair. By the age of 35, two-thirds of American men will experience hair loss to some degree. Reach 50 and approximately 85% of men will have experienced significant hair loss according to the American Hair Loss Association.

It usually starts with a receding hairline. You look in the mirror and wonder, “Is it or isn’t it?”. When friends start pointing out your bald patch, it can be alarming and even paralysing. Some guys find themselves withdrawing from social circles, others search for miracle cures (*spoiler alert* there aren’t any), while a growing number end up spiralling into full-blown anxiety and depression.

“Hair loss is generally accepted to be a part of the natural ageing process; its effects can be particularly devastating when it occurs to younger men in their late teens and early twenties,” says Dr. Robert Dorin, a well-respected and experienced hair transplant surgeon at True & Dorin clinic in New York.

The idea that some young men experience suicidal thoughts because of hair loss is a shocking thing for us as a community to acknowledge. But here in the UK suicide is a very real concern, with the latest annual Samaritans Suicide Report showing that men are three times as likely to die by suicide than women, while there’s also been a 23.7% increase in the rate of deaths amongst under 25s. Now, I’m not for one second directly linking suicide to hair loss, but these figures go some way to show the size of the threat we’re facing and just how much inner turmoil a lot of modern men are going through.

Hair Is A Huge Part Of Our Identity

So why does losing our hair seem to affect us so much? Well, since way back in the caveman days, men have always associated the hair on their head with virility, masculinity and attractiveness. When it starts to thin and fall out a man can begin to question his self-worth, as well as the image he projects when it comes to seemingly unrelated things like his finances, his relationships, his career and how he fits into his social environment.

Given that male pattern baldness affects roughly a third of the male population, wouldn’t it be better if we all just came out, acknowledged it, and stood together? Hair loss is not something to be ashamed of. We all want to look our best and for many of us, balding is just a fact of life – as a certain high-profile footballer acknowledged openly back in 2011.

Yes, on 4 June 2011, Manchester United and England’s record goalscorer and all-round football legend Wayne Rooney announced to the world via his Twitter account that he’d been dealing with hair loss since the age of 25 and had undergone a hair transplant. This procedure was carried out at the world-renowned Harley Street Hair Clinic in London (where I had my last FUE surgery) and, in his own words, he was “delighted with the result”.

And do you know what happened? No one laughed at him, his sponsors didn’t dump him, he didn’t lose his place in the team – in fact, he started to play some of the best football of his career.

Just to confirm to all my followers I have had a hair transplant. I was going bald at 25 why not. I'm delighted with the result.

It was a pivotal moment for the hair loss industry. “Wayne Rooney broke many barriers surrounding men’s hair loss down and enabled it to be discussed open and freely amongst young men who would have otherwise felt trapped and isolated,” says Nadeem Khan, clinical director at The Harley Street Hair Clinic.

“When Wayne came to us for hair transplant surgery, we understood how much it had affected him to lose his hair and we supported him. We also knew he would be helping many young men as a result of being so open about his procedure with us.” 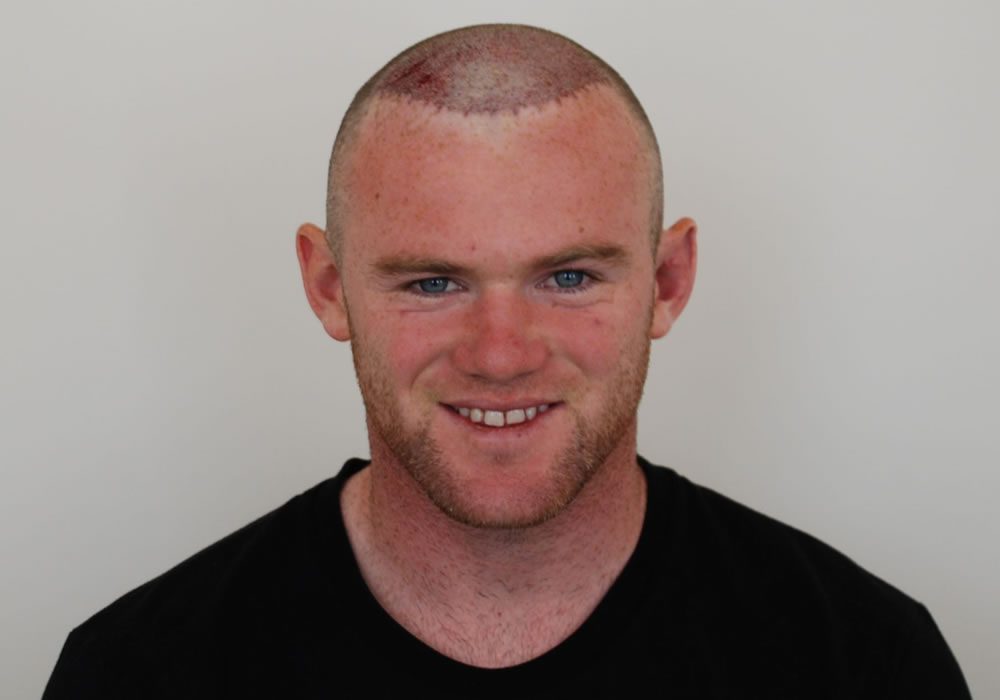 A fresh-faced Wayne Rooney after his successful hair transplant at The Harley Street Hair Clinic, London

Rooney was, and still is, a sporting hero. He has the biggest social media presence of any active English footballer – with 56 million followers across Twitter, Facebook and Instagram – and these are people who look up to him and aspire to his success. How refreshing is it that he was willing to step up and talk about his hair loss without worrying that he might be judged or shamed?

The result was that men’s hair loss finally became a national topic of conversation; no longer a taboo subject that shouldn’t be broached. Not only that, because someone so revered shared his personal experience, the whole transplant industry seemed to instantly lose some of the stigma that had long been associated with it. After all, here was a world-renowned sportsman saying to the world: “I’m balding, so what? Let’s get on with it.”

More recently, Radio 4 soap opera The Archers has been running a hair loss storyline. The popular character Johnny Phillips complained that he was “21 going on 45” and was convinced that his balding was to blame for his relationship breakdown. It’s such a familiar tale – if I had a pound for every guy who’s told me a version of this same story, I’d be a rich man.

As the storyline continues to unfold, Johnny goes through a range of emotional traumas. I applaud the BBC for raising awareness of such a prevalent issue because, much like Rooney, it’s this kind of public “normalising” that helps the audience realise they’re not the only one going through it. Hopefully it will encourage those dealing with hair loss to be more open about their feelings. “It is vital young men seek help early on and discuss openly their concerns,” says Dr. John Cole, a leading hair transplant surgeon at ForHair Clinic.

“I encourage all my young patients to listen to The Bald Truth radio show and understand that they are not alone. It’s important to talk about the effects hair loss is having on you as it’s very normal to feel so upside down and upset about it.” 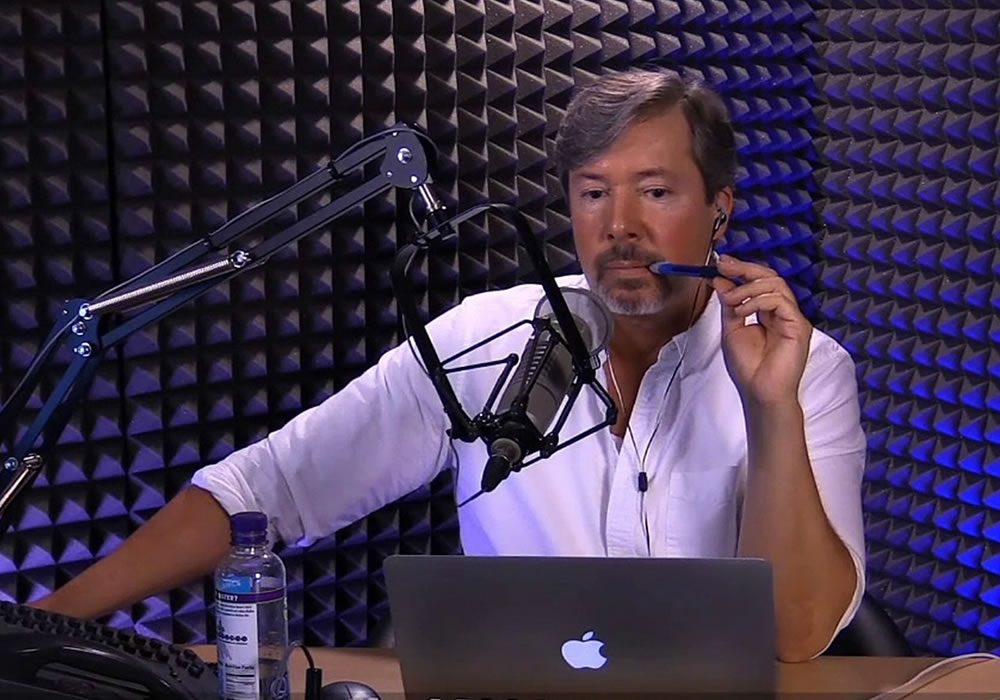 If you don’t feel there is anyone close you can talk to, reach out to the professionals. “Discussing your issues surrounding hair loss with supportive friends and family is important – if you feel it’s not possible, seek help emotionally from a respected and ethical hair loss and hair transplant clinic,” says The Harley Street Hair Clinic’s Nadeem Khan.

The key word there is “ethical”. The downside to the Rooney effect and the rise of social media is that there are now hundreds of “influencers” being paid to peddle untested hair loss products and even surgery to a vulnerable and unsuspecting audience who are often desperate for a cure. Unfortunately these charlatans offer anything but, and it only leads to yet more disappointment and negative feelings as you deal with the aftermath of bodged surgery and/or health issues as well as a significantly lighter bank balance.

You Are Not Your Hair

Perhaps the most important thing to acknowledge, whether you’re dealing with hair loss or trying to help a loved one deal with theirs, is that your hair is not your identity. You are still the same person with or without hair. Making peace with this reality is one of the most important steps to improving your wellbeing. The majority of men I have spoken to who finally came to this realisation – usually taking the plunge and shaving their head – often feel liberated and like a weight has been lifted off their shoulders. You might get a few comments from people you know in the immediate aftermath (the majority of which will actually be positive), but then everyone goes back to being obsessed with their own issues and dealing with their own internal strife. 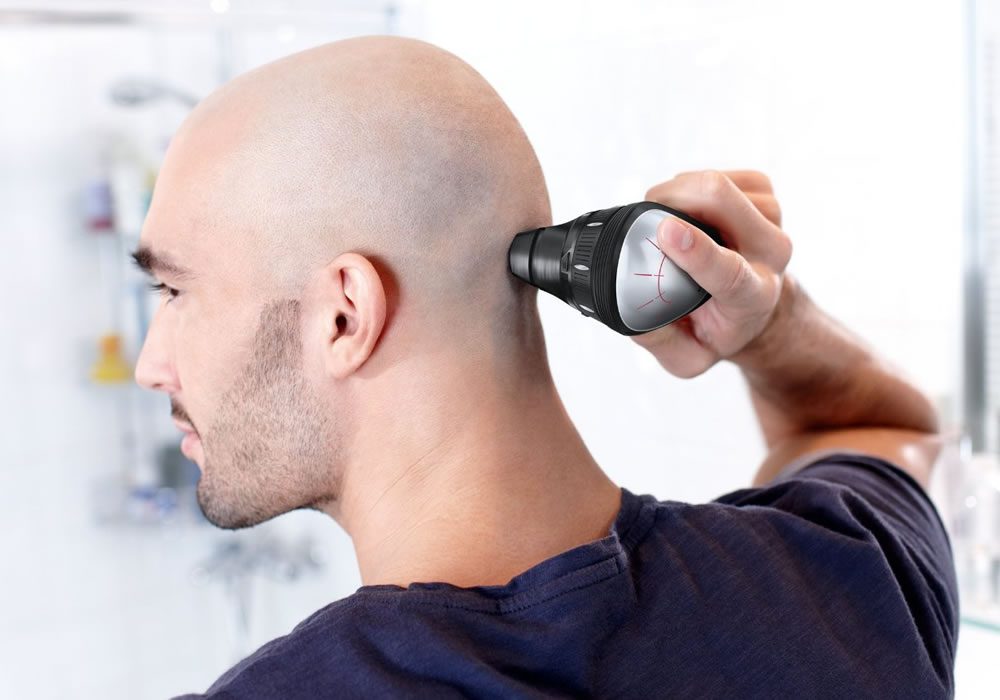 Of course, for some men (and I include myself in this) the only thing that will make them feel better and more confident is a full head of hair. And that’s okay, too. There are a number high-quality hair loss products on the market that produce genuine results, including clinically-proven prescription medications like Finasteride, as well as a wealth of hair transplant surgeons around the globe who really do have your best interests at heart. The key is to take your time, do your research and seek out expert advice before taking the plunge.

Have Each Other’s Back

After many years working as a patient advocate it’s clear that standing with each other and having each other’s back is critical. No one should have to suffer emotional torture just because they’re losing their hair, even if that emotional torture is self-inflicted. Unfortunately, when you’re facing it alone, you can conjure up all kinds of wild fallacies about how other people see you. In actual fact, it’s likely that no one’s judging you as harshly as you’re judging yourself.

When all is said and done, feeling depressed, anxious and even suicidal about losing your hair is a tragedy. And it’s one that I, along with reputable organisations such as the International Alliance of Hair Restoration Surgeons (IAHRS) and hair loss mentors such as Joe Tillman at The Bald Truth Radio Show, are working hard to combat. We’re focused 24/7 on removing the stigma of hair loss, pointing men in the right direction to get the professional help they need and encouraging​ us all to communicate more openly. It leads to a healthier individual and a healthier hair loss industry for all.

One man’s disappointment is another man’s mental tipping point, but when we all talk – when we acknowledge that hair loss is common, it’s manageable, and there are solutions – everybody feels better. So if you know anyone who is currently dealing with this issue, spare a thought for them and reach out – it may be the most important conversation you ever have.

If you or anyone you know are currently struggling with negative or suicidal thoughts, please call the Samaritans on 116 123 or email [email protected]