Henry Poole, the founding father of Savile Row, and Adidas, the iconic German sportswear brand, have more in common than many might think.

Both are family businesses, with James Poole and Adi Dassler founding their businesses in 1806 and 1949 respectively, while James’ son, Henry, was deeply passionate about equestrian and field sports. So when these two illustrious brands joined forces, fewer eyebrows were raised than might have been. 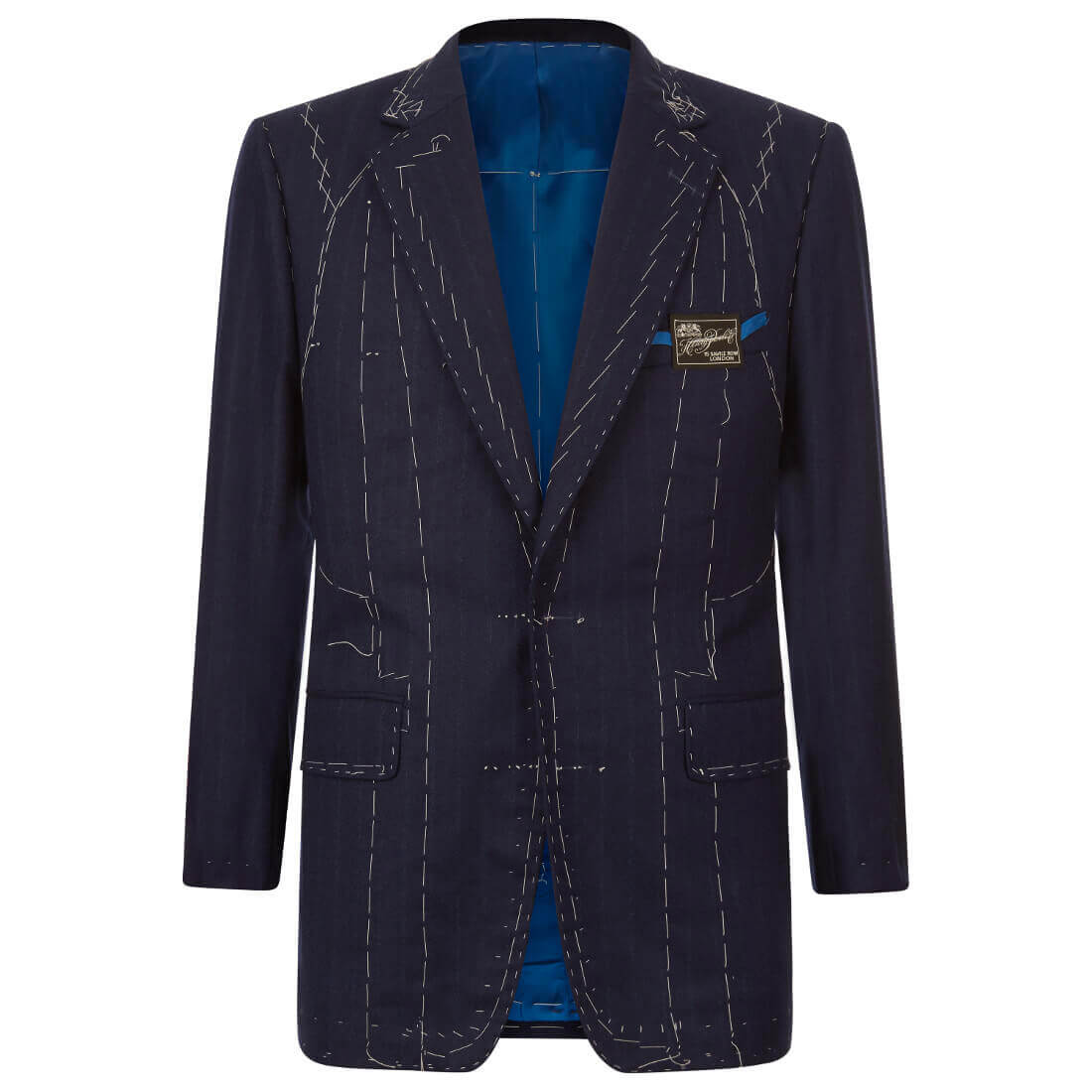 Around 18 months ago, Patrick Reinhardt, Global Senior Product Manager at Adidas Group was making one of his regular visits to Henry Poole, when a particular cloth caught Reinhardt’s eye as he perused the house’s fabric books.

It was an exclusive to Poole chalk-stripe flannel, made by Somerset cloth-maker Fox Brothers & Co and inspired by a photo of Poole regular Winston Churchill holding a Prohibition era-style Tommy Gun during World War II. Reinhardt took an extra piece of the cloth back to the adidas HQ in Herzogenaurach, to see if the design team there could apply a traditional bespoke tailoring fabric to their NMD trainers. 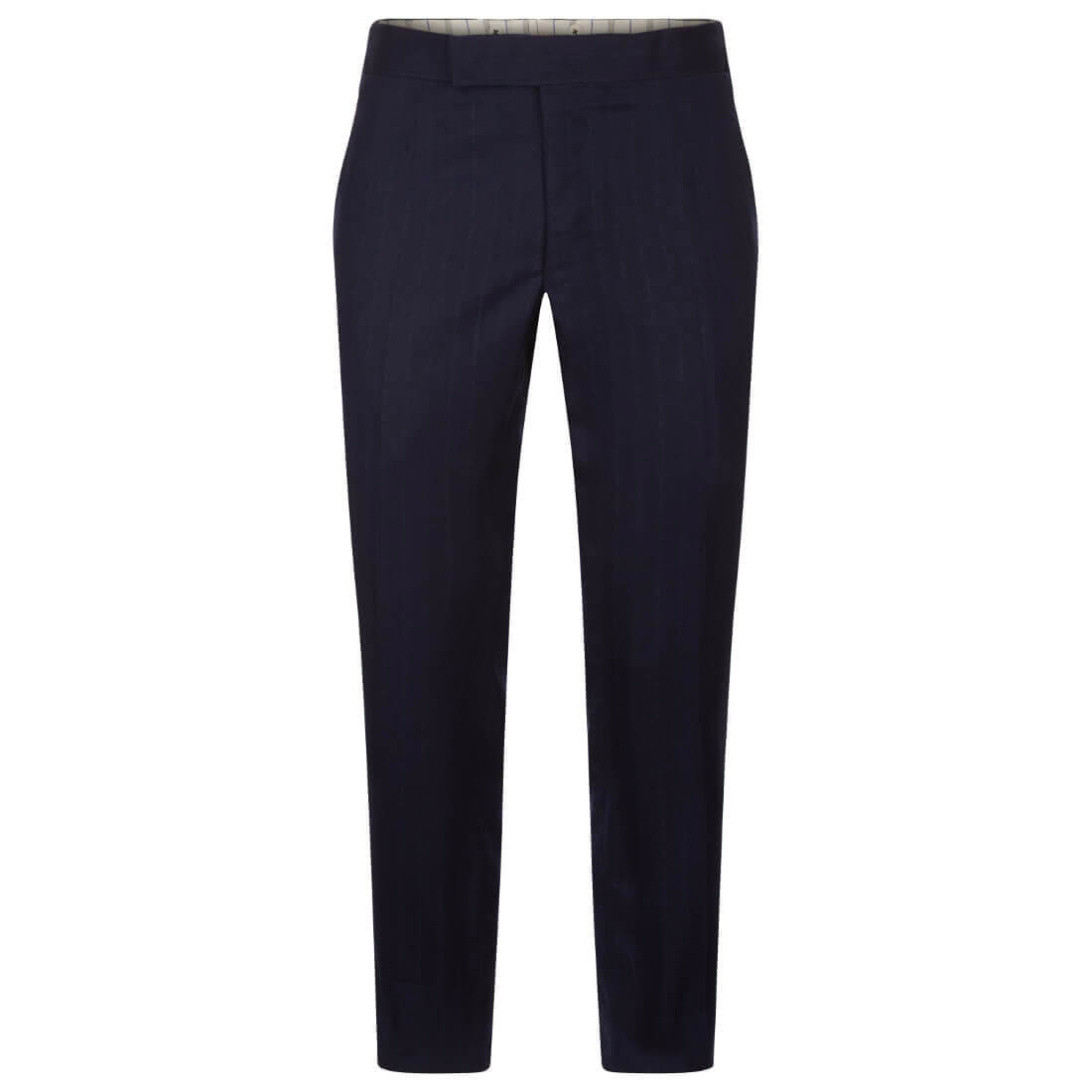 The results were so impressive that a second trainer was created based on the fabric used for a lounge jacket in celestial blue, which Henry Poole created for the Prince of Wales in 1860, and which went on to be known as the dinner jacket, or Tuxedo.

To celebrate this collaboration, Henry Poole has now launched a new suit fabric: a 9oz flannel, also made by Fox Brothers – a company whose history goes back to 18th Century, featuring treble-pinstripes in ‘bluebird blue’. This colour, legend has it, became a prominent part of Adidas’s colour palate due to founder Adi Dassler’s admiration of it in the Bavarian flag. 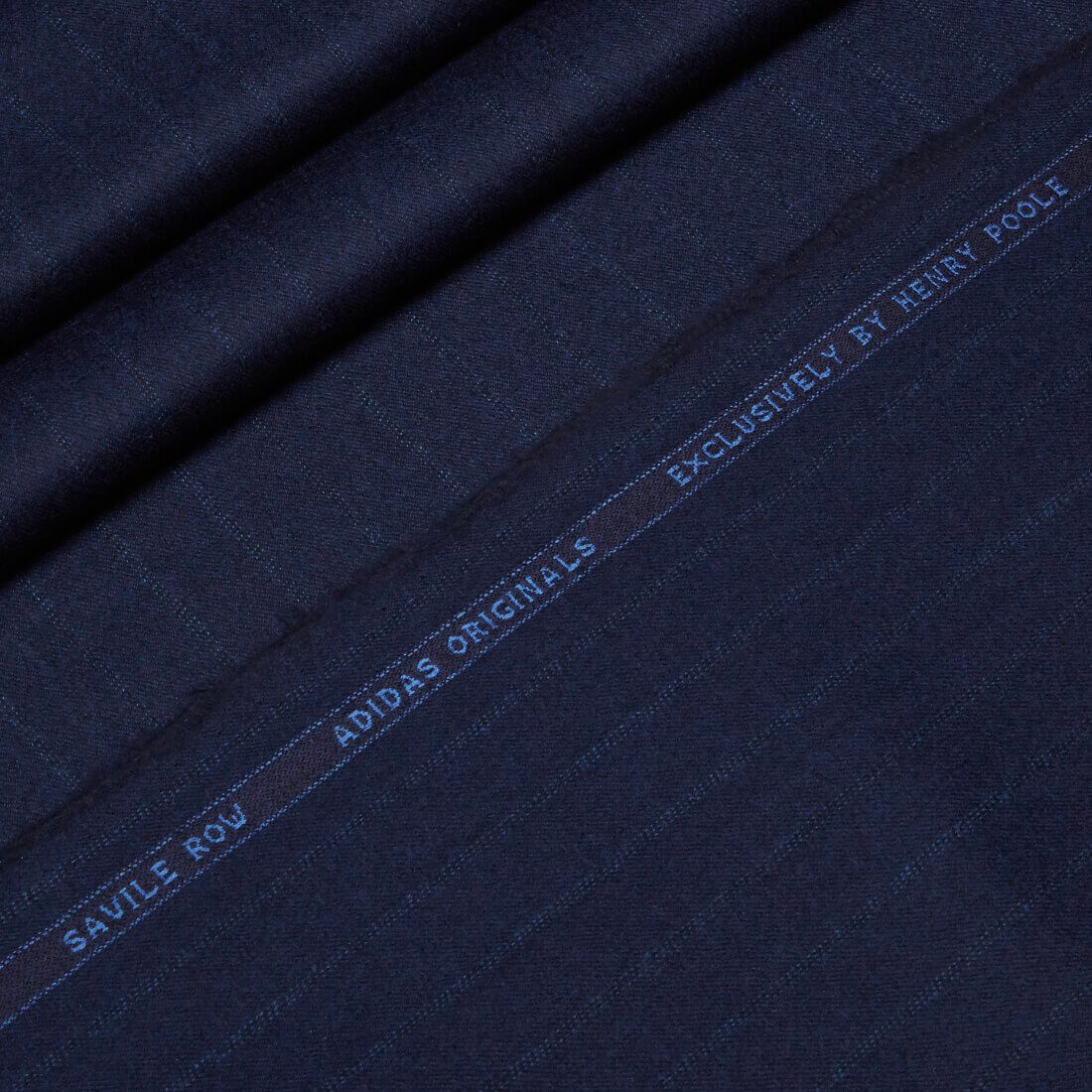 “We’re a bespoke tailor, so the style of suiting is up to the customer of course, but I’d probably go for single-breasted with peak lapels and slanted pockets, and – if you’re really going for dandyism – a double- breasted waistcoat. The fabric’s very much aimed at modern men.” Simon Cundey, Henry Poole Managing Director

Just 50 bespoke suits will be made, and will be available exclusively from Henry Poole, 15 Savile Row. 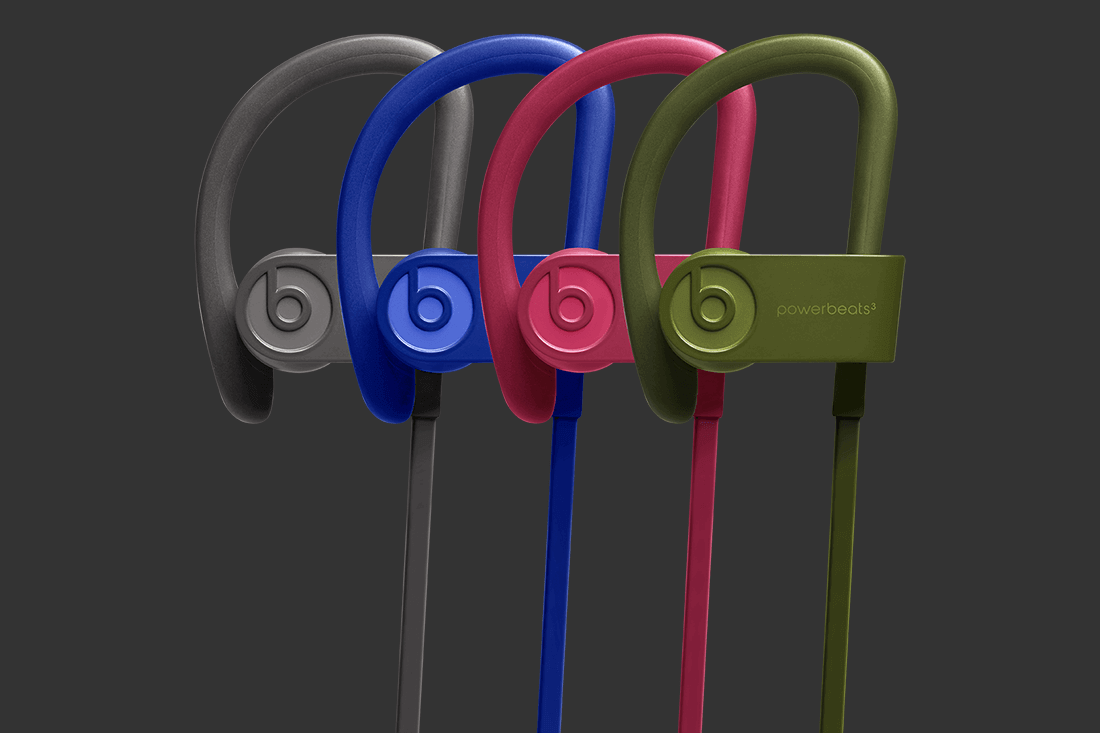 Beats By Dre – The Neighbourhood Collection 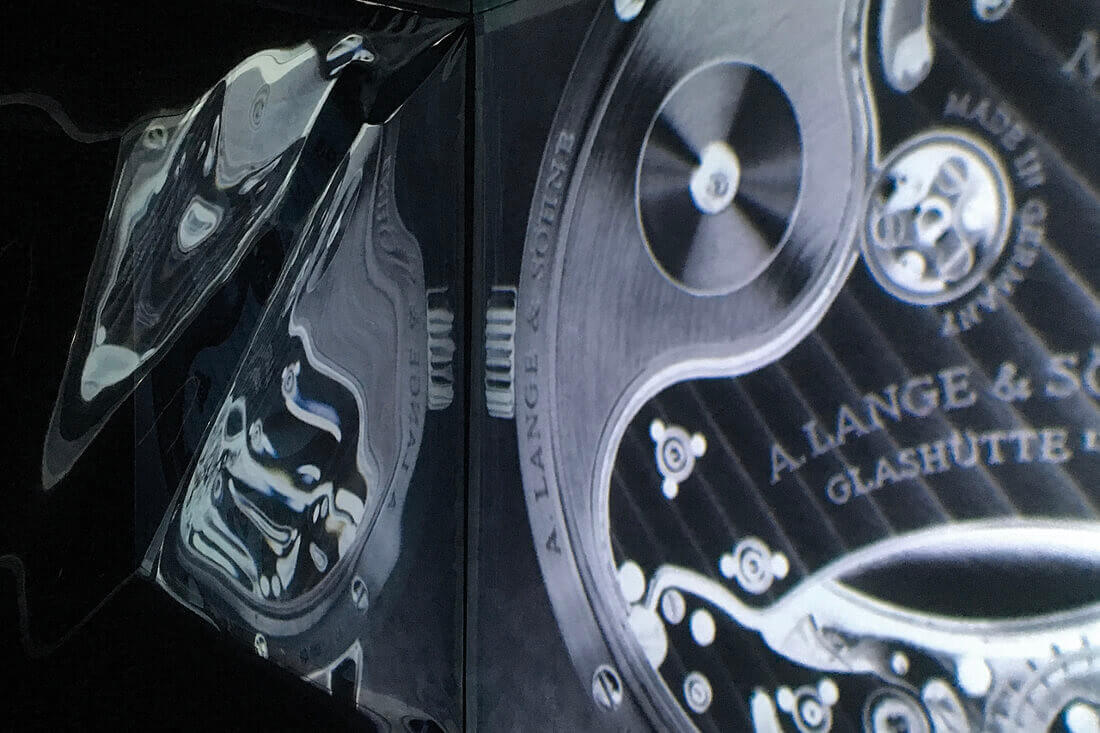 A. Lange & Söhne – A Journey Into Grey