We continue our interview series by travelling to Sweden to speak with Johan Lindeberg of J.Lindeberg. The Swedish fashion designer born in Lund, Sweden is the founder (in 1996) of J.Lindeberg having previously worked with Hans Brindfors Annonsbyra ad agency, Diesel, William Rast, and Absolut. His brand has been worn on red carpets for award shows and premieres by celebrities such as Ashton Kutcher, Zac Efron, Brad Pitt, and Scott Piercy- as well as famously (or infamously) dressing golfer Jesper Parnevik in vibrant pink pants- thus changing ‘fashion’ in golf, for the better. J.Lindeberg has its base in Scandi-style but with a unique edge, instilled by Johan- we find out more below. 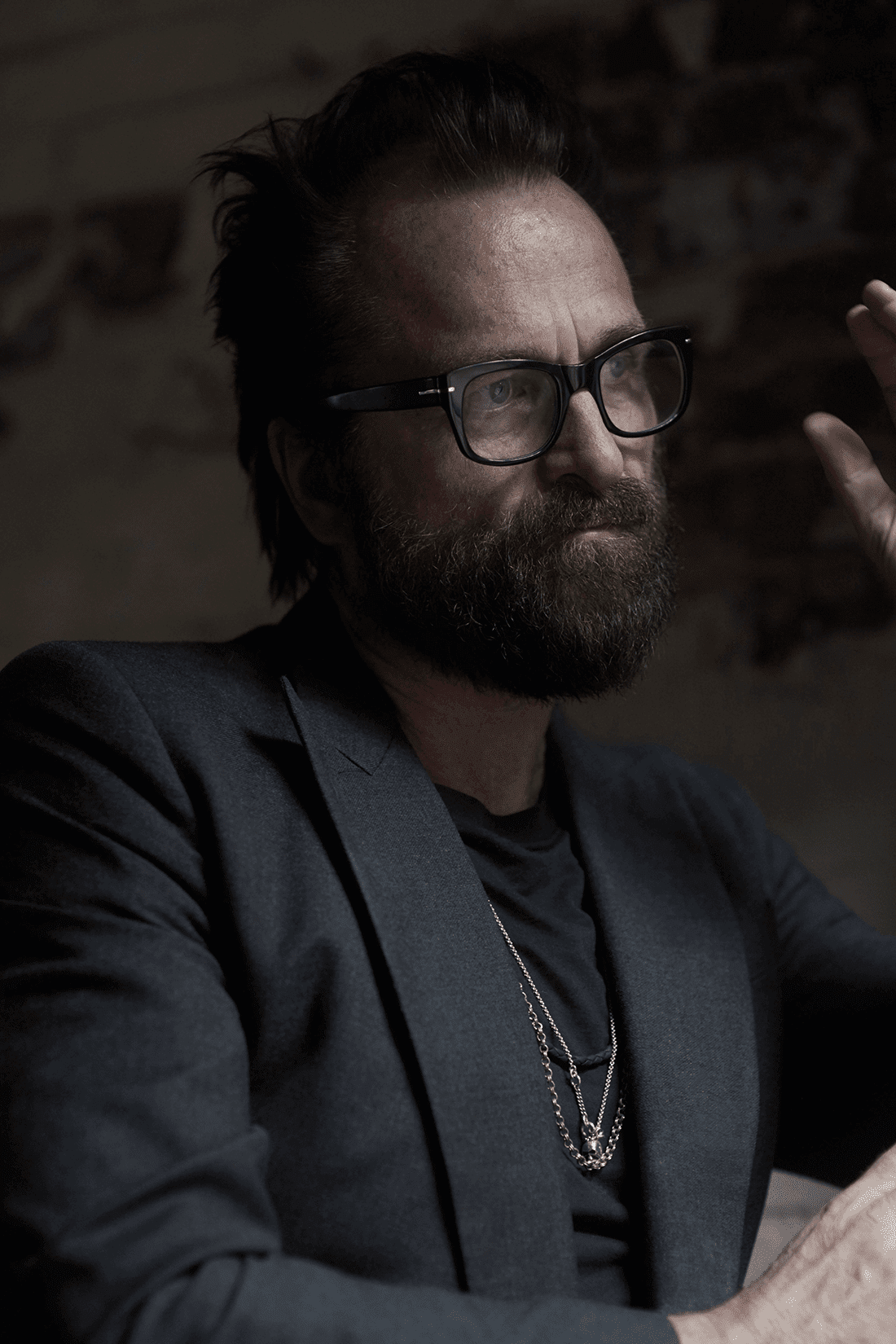 Johan, you are the founder of the J.Lindeberg brand which was inspired by the clothes that you wanted to wear yourself and that you felt were lacking in the market. Twenty years later, J.Lindeberg is at a landmark stage, did you ever envisage this happening?

My vision when I started the brand in 1996, was to create a lifestyle that reflected the life I wanted to live, create a brand with an international borderless mindset built of Swedish modern values. And I must say I am grateful they continued the brand after I left. It’s great to see so many passionate people working with J.Lindeberg. With a brand like J.Lindeberg, I felt it lacked a little bit of soul in the past ten years. I would like to bring that soul back. When I created the brand initially, I was in a completely different place to where I am now, I now live an international life.

You have returned to a brand after a 10-year hiatus and it feels like a new energy is being breathed into the brand again with the Bridge Series and getting back to those core values that have driven the brand. Why have you returned and what are your aims as the Creative Consultant?

Stefan Engstrom, the CEO of JL, called me last year and said, “I can take the brand to one level without you and another level with you.” I was very surprised, as I never really considered coming back to the brand, as I was always inspired by what I was doing at the moment – both when I worked with Justin Timberlake and helped him with his brand, and also with BLK DNM, which I started in 2011. Stefan and I discussed it for months.

And we decided that I start as a creative consultant for two years and then we see. It felt better this way, as it’s always challenging to go back to the past. But I really enjoy it. We have a lot of fun in preparing JL for its next phase.

We want to dress people who want to change the world. To create clothes for modern people and entrepreneurs. Our focus will be on the combination of fashion and sports. I am also a massive feminist and think that women should take over the world! I wanted to put the priority back on womenswear. 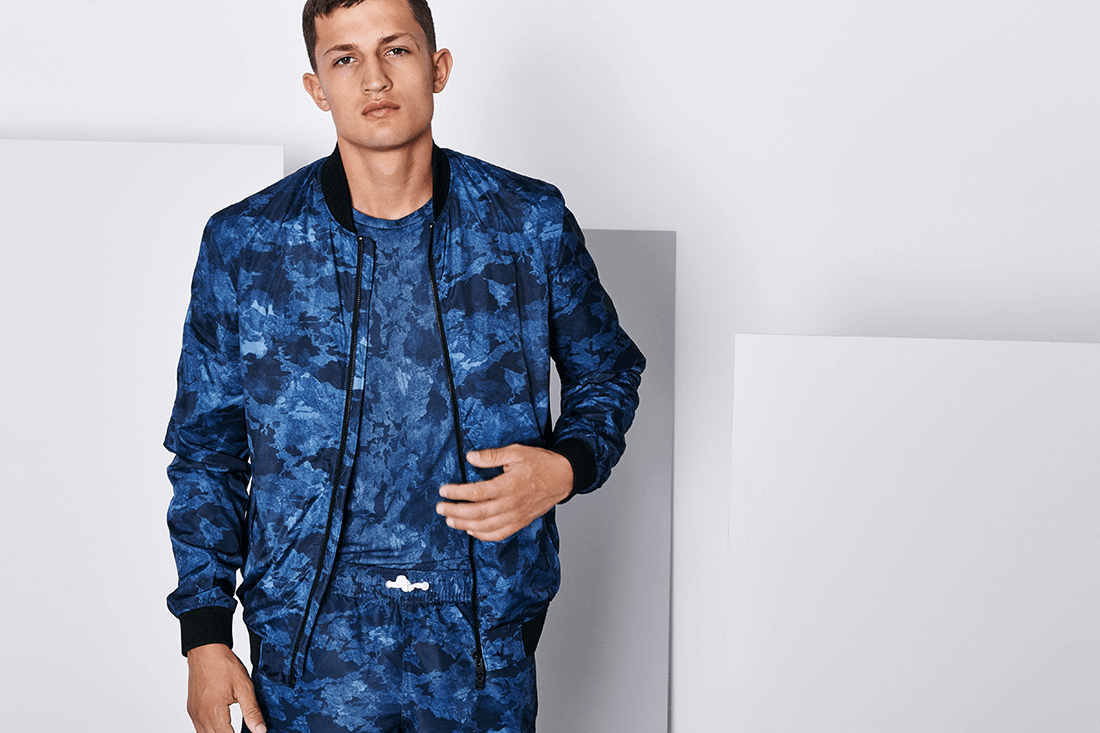 Tell us a little bit about the plans for the brand in 2017, your anniversary year and what you feel are the important messages to be coming from the brand universally?

What I love with creating a lifestyle brand is that it’s a borderless community. The world is getting more defensive and nationalistic, but JL is a modern community that has no borders. As much as we want to dress people who want to change the world, we want JL to be about pro-actively engaging and doing something.

It seems that J.Lindeberg could be seen as a lifestyle brand, a one-stop shop for any occasion, especially considering the male element. How important is it for people to buy into the character and purpose of the brand first before buying product?

With everything I work on, I live my brand somehow, and believe the brand has to have a purpose. I believe this sensitivity should translate to the JL man and woman. Sports fashion or fashion sports are key items for a modern person today. To consolidate both expressions into one lifestyle voice is a great and thrilling challenge. 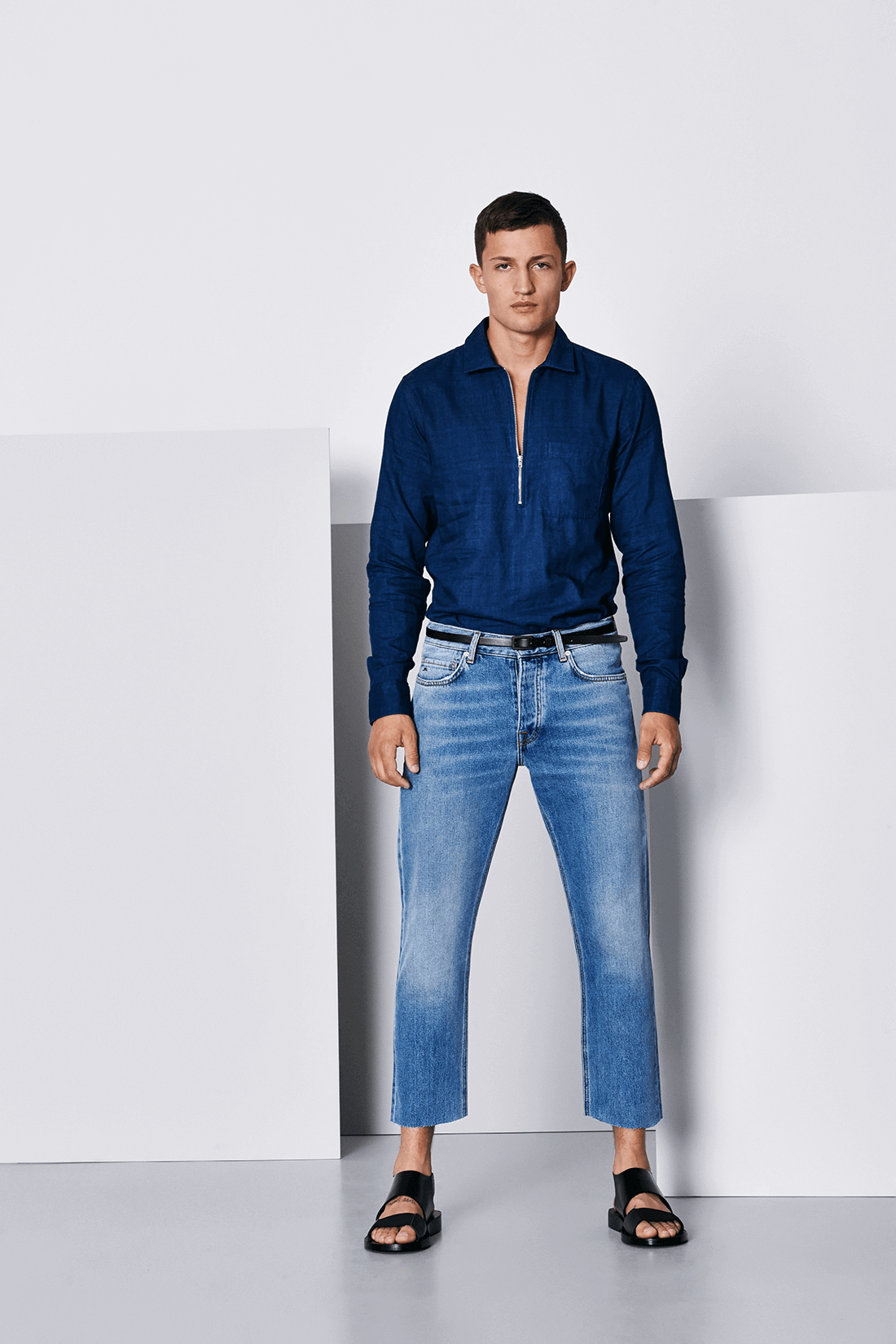 And you have also designed the stunning new womenswear range for A/W17. Tell us about the motivation for this?

Definitely one of the more important moments of my life. I decided to focus on redesigning the women’s collection, as we can’t create a modern lifestyle brand today without the woman in a powerful role. I firmly believe the only way to make the world better is to completely change the dynamics and get women to take the lead and guide us. Enough with macho men manipulating the world for money and power.

You left the brand in 2007 to work on numerous projects including BLK DNM, the Paris68 consultancy and William Rast with Justin Timberlake. What was this period like, it sounds busy?

It was an incredible time. I followed my intuition and just worked, and it became very successful. This gave me a lot of confidence to just trust my mind. I am a very passionate brand builder and I think what I am doing now with J.Lindeberg, after that period, feels better than ever.

With the wheels in motion, J.Lindberg quickly became a global fashion brand, helped by having an office in both Stockholm and New York City. What do you remember of those times, the excitement of building a new retail empire?

I launched J.Lindeberg in 1996 in NYC and Stockholm at the same time. At that time, I was living in NYC, but had a dream to create a modern brand from Sweden. I was, and still am, more inspired than ever to show Sweden as a reference for the world. It has to do with its values. It’s very democratic. And there’s always been a bit of activist, I think, within the Swedish mindset somehow. The first collection was Fall ‘97. And I opened our first store in the world on Spring and Greene in NYC’s SoHo in 2000. I’ve always seen USA, as our home market, as much as Sweden. 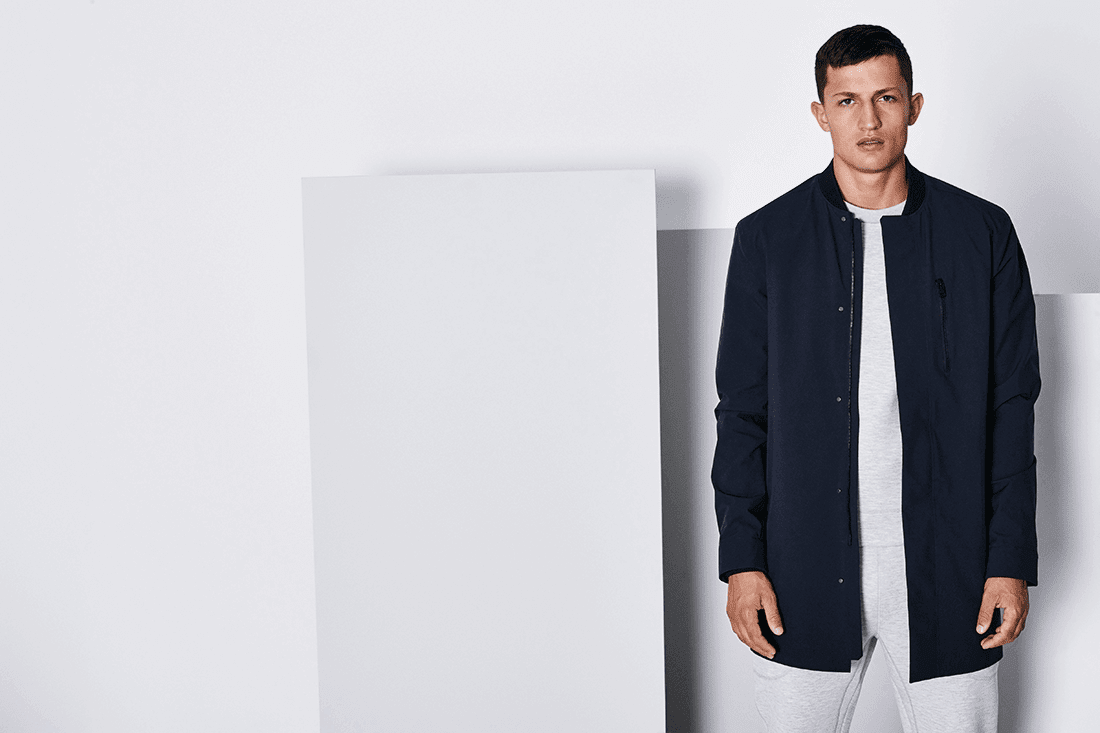 You were at the forefront of the skinny suit culture and statement pieces such as Jesper Parnevik’s pink golfing pants, you seem to be able to pick up on new trends and pushing boundaries?

It’s quite easy for me. I just try to dress people who I know and who inspire me. But overall, I think Swedes are very modern. We are great entrepreneurs and innovators and also great at picking up trends and repackaging them in modern ways. As a small democratic country, we definitely have developed the contemporary brand market. Like everyday luxury. Clothes with value for money.

Some of the world’s most famous people have worn J.Lindeberg garments, what does it feel like to see these people wearing parts of your creation?

I believe in the idea of bringing creative people together beyond politics, religion and borders and do projects together. It’s about aesthetic and lifestyle. Anyone who likes to live a modern, active and international life should be able to dress JL.

What’s next for J.Lindeberg, what can we expect to see in the coming years and do you plan to stay within the brand now?

I want to create more clarity for the brand, so it’s easy to understand our lifestyle. It’s important for brands today to have a really clear identity and also to be innovative. I believe the potential of JL is incredible. I think that we are really set to go to the next level, to raise the creativity of JL. The brand is now 20 years old, going in to its third phase. It’s all about creating energy and inspiring people. There’s such great potential. I am very excited about the next 3-5 years to come. 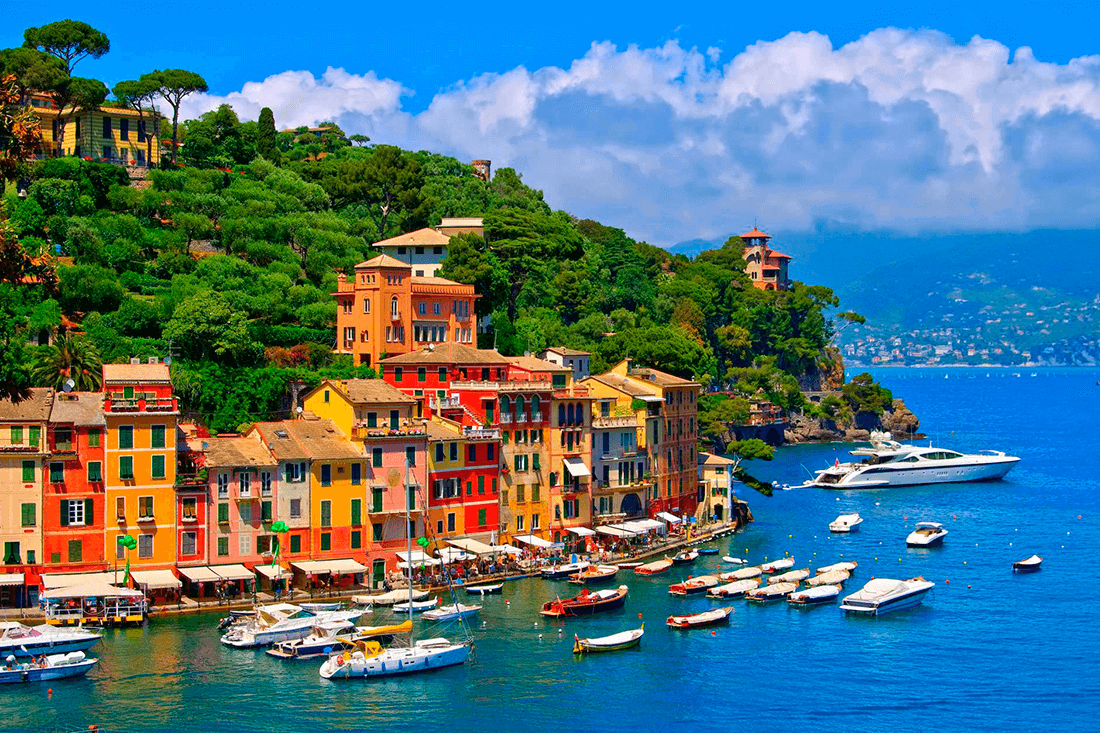 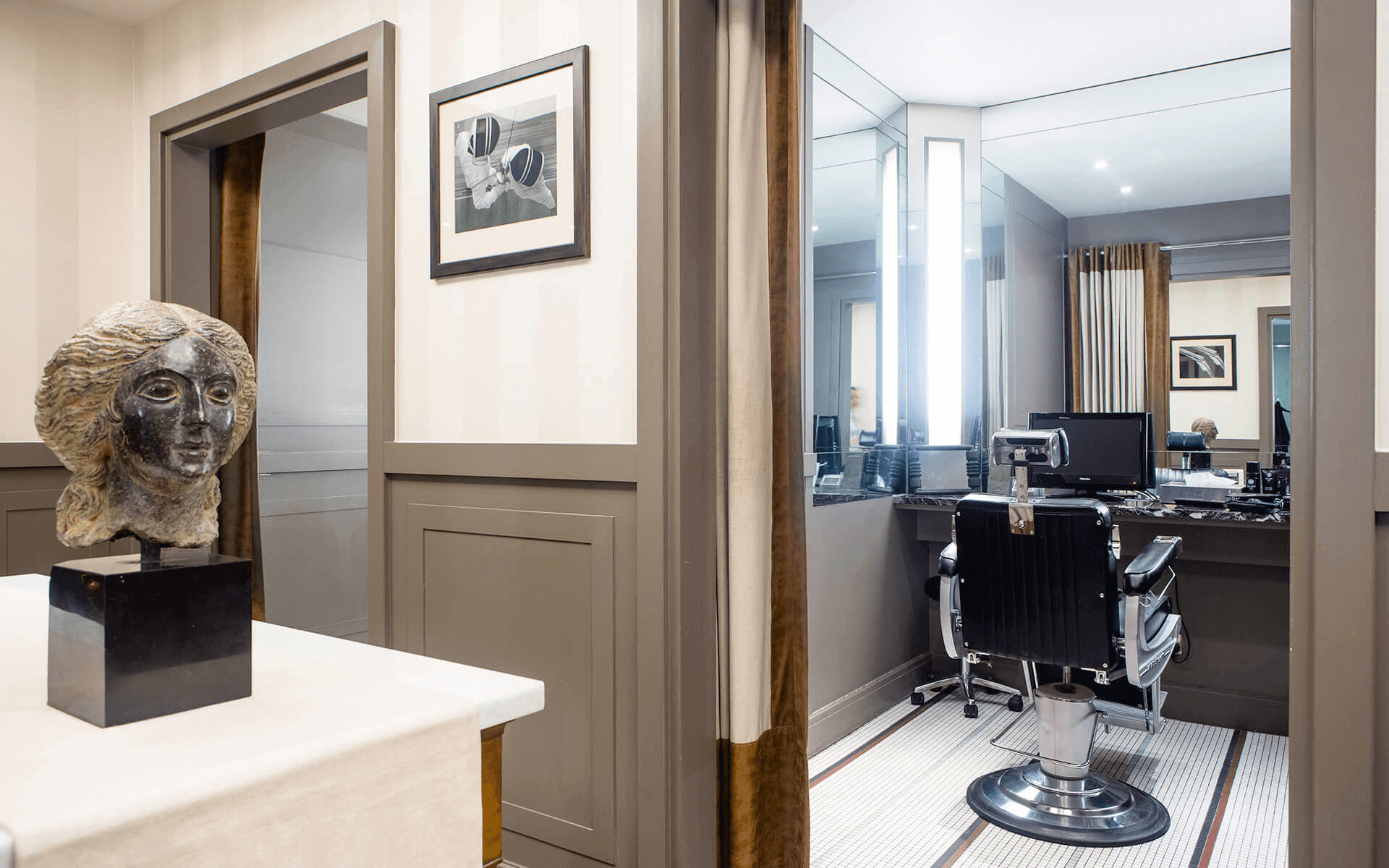 Luxury Grooming with Ape to Gentleman at Gentlemen’s Tonic

Return Of The Jet Set: Why Quality Luggage Is Still A Worthwhile Investment

Death Of The Two-Piece: Does The Suit Have A Future After Covid?

The Finishing Touch: Why You Should Own A Summer Scarf

Sports Luxe: How To Wear A Hoodie In 5 Modern Ways