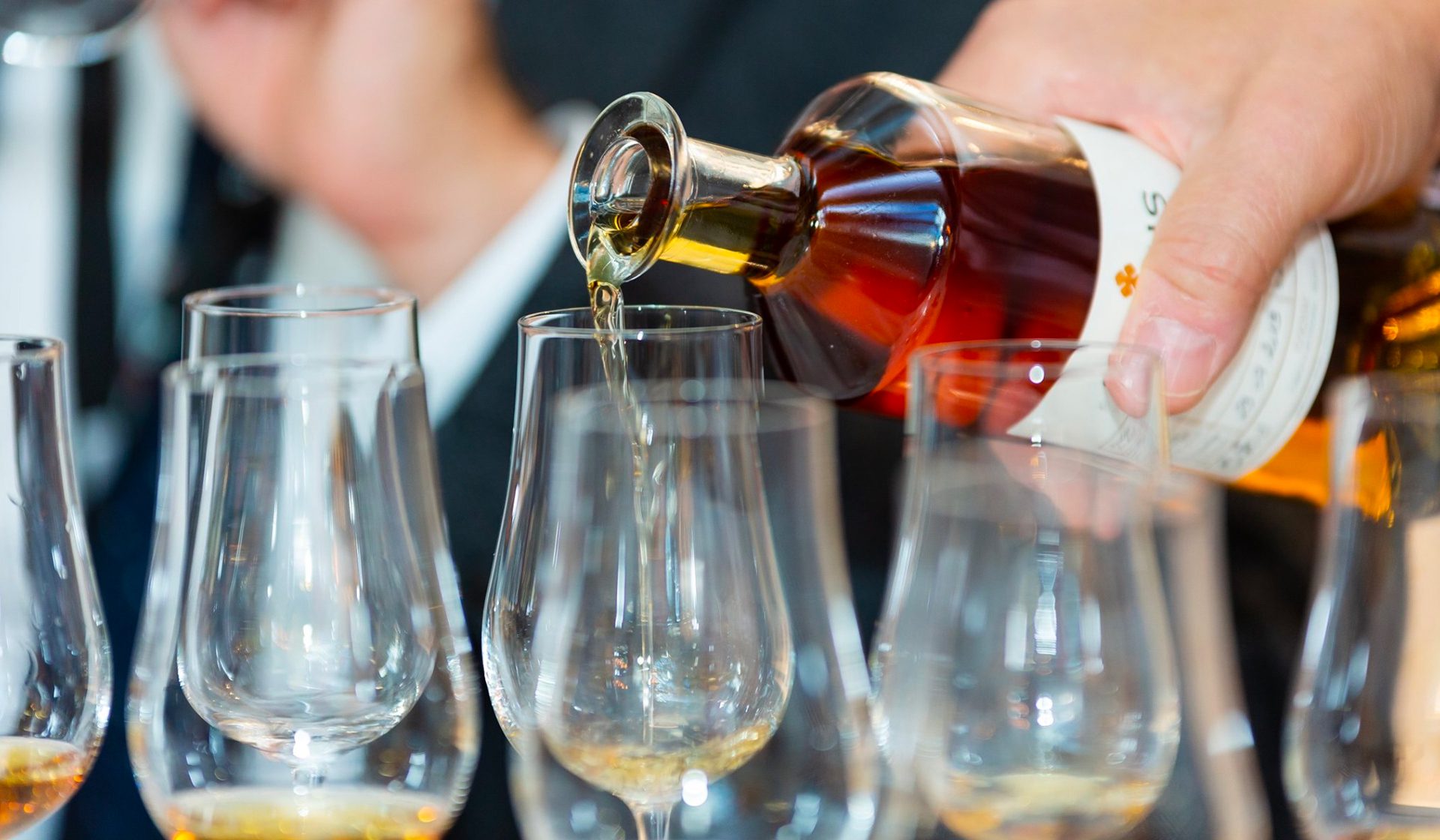 For many, Cognac is a drink that epitomises luxury and decadence. The renowned French brandy oozes class, sophistication and history. From the revered names of the ‘big four’ houses to small organic and family-owned producers, the world of Cognac really offers something for everyone. But it has also long been enjoyed by the rich, famous and celebrated.

Here we showcase six of the finest and most highly decorated Cognacs on the market. These old, rare and expensive bottlings are often seen as a status symbol and sign of success. However, you will need deep pockets to purchase them. Very deep in some cases. Cognac is brandy made in the Cognac region of France, which is located to the north of Bordeaux. The region is made up of six smaller sub-regions known as crus. The six crus are Bois Ordinaires, Bons Bois, Borderies, Fin Bois, Grande Champagne and Petite Champagne. A brandy cannot carry the Cognac name if it is not produced, matured and bottled in the region.

The spirit, called eau-de-vie (‘water of life’), is made by distilling white wine. This dry and acidic wine is created specifically for Cognac production and is based around the Colombard, Folle Blanche and Ugni Blanc varieties. It’s distilled twice through traditional copper pot stills and must be aged in French oak barrels for a minimum of two years. Cognac is only produced between October and March, following the annual grape harvest. The House of Camus is one of the most highly regarded amongst Cognac connoisseurs. Five generations of the Camus family, beginning with Jean-Baptiste Camus in 1863, have produced some of France’s finest brandies. The Cuvée series sits head and shoulders above the rest of their superb range, with this Cuvée 4.160 the sixth bottling in the collection.

Sweet, spicy and fruity with deep savoury notes, the delicious blend features eaux-de-vie from four different vintages between 1973 and 1988. The extraordinary angular glass decanter and two-doored wooden presentation casket only add to the drama. Cognac’s largest distiller has some of the oldest and rarest stocks with over half-a-million barrels of spirit maturing across their estate. The Paradis is a much-revered Cognac and was first launched in 1979. It is named after the legendary ‘paradise cellar’, which is said to be the perfect location for maturing old Cognacs.

Paradis is thought to contain some eaux-de-vie over 100 years old and is presented in an iconic violin-shaped decanter designed by Italian designer Ferruccio Laviani. An exquisite and rare Cognac that is a marriage of very old eaux-de-vie from the Borderies and Grande Champagne crus. These are said to be between 30 and 50 years in age.

The Initiale Extra is an Hors d’Age Cognac, which translates as ‘over the age’. It was created by Patrice Pinet, Courvoisier’s Master Blender, and is bottled in an elegant teardrop shaped decanter.

The brand has been at the forefront of fashion and design for decades and Initiale Extra exhibits great poise and finesse. Expect delicious savoury notes of truffle and cedarwood married with fruit cake and meadow flowers. A sublime and intricate Cognac from the House of Hine. Over 50 eaux-de-vie are used for Triomphe, which are said to be aged between 50 and 60 years and have been matured in bespoke small barrels for extra character. They are also all from the Grande Champagne cru – widely regarded as the sub-region producing the best spirit.

The first variant of Triomphe appeared in 1888 and was created to celebrate the Cognac region’s winegrowers overcoming the phylloxera outbreak. This small, imported parasite decimated vineyards across France, wiping out wine and Cognac production for several years. Founded in 1715, Martell is one of France’s oldest Cognac houses. It was founded by an Englishman, one Jean Martell from Jersey. This fabulous expression is a collaboration with Cohiba, the famous Cuban cigar producer and long-time favourite smoke of former President Fidel Castro.

It was created to be the perfect accompaniment to a cigar and is packed with rich, nutty and spicy notes. Dried fruit and chocolate-like characteristics are also evident. When the two elements are combined the Cognac accentuates the cigar smoking experience and vice versa. Equally good minus the cigar, too. Rémy Martin Louis XIII is widely regarded as one of the world’s finest Cognacs. The blend features eaux-de-vie aged between 40 and 80 years, and only those from the premier cru of Grande Champagne. Louis XIII was the King of France when Rémy Martin was established by Emile Rémy Martin in 1724.

The recipe was first created in 1874 and has been the pinnacle of achievement for Rémy Martin’s Cellar Masters ever since. The stunning decanter is a refined work of art with each bottle individually numbered, handcrafted and hand decorated.