At its essence, the scarf is a simple piece of fabric cut in a rectangular shape in order to provide warmth to the neck.

It is a shame then, that the abundance of styles, materials, knots and colours on offer today is enough to dissuade some men from adding such a valuable and versatile garment to their winter wardrobe. When used to its full potential, the simple scarf can be a true asset to the outfits of any man at this time of year, providing a flash of colour, detail and sophistication to winter style schemes which often tend to favour the darker shades.

It is believed that the scarf dates back as far as Ancient Rome, and was originally worn almost exclusively by men in hot weather as a means of wiping sweat from the face and neck, before gaining popularity with women in different colours and materials as a fashion accessory. In fact, it is only in the last 200 years or so that the scarf has been used as a means of staying warm above all else. 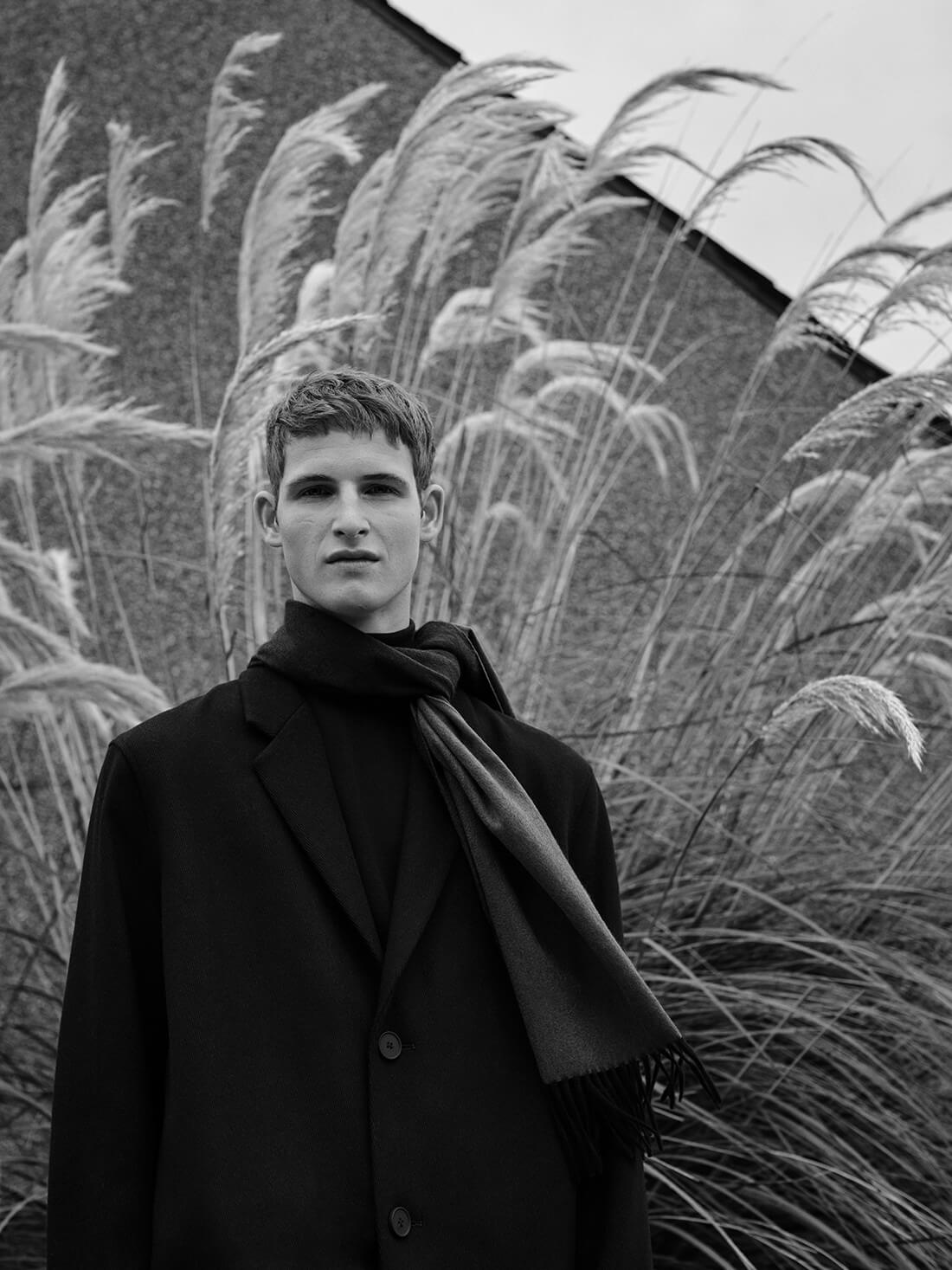 Indeed, there are some even today who see the modern scarf as an almost exclusively feminine garment, but its long military history is evidence to the contrary. It was first used in different colours throughout armies of the world from ancient times until as late as the 17th century as a means of displaying rank among soldiers, but gained a new lease of life during the World Wars, when fighter pilots adopted it as a practical piece to protect against oil and smoke, and to prevent chafing of the neck while flying. The scarf can undeniably be an effective masculine piece, for both functional and aesthetic purposes.

That being said, however, functionality should usually be the first priority when it comes to choosing a scarf for harsher climates. A strong, thick garment made from good quality material such as cashmere or merino will serve you best. To flesh out a casual look, pair your scarf with jeans, reliable trainers or boots, a thick jumper and a sturdy jacket. Alternatively, add a touch of class to a smarter outfit by layering a scarf with a suit and a long, thick overcoat. 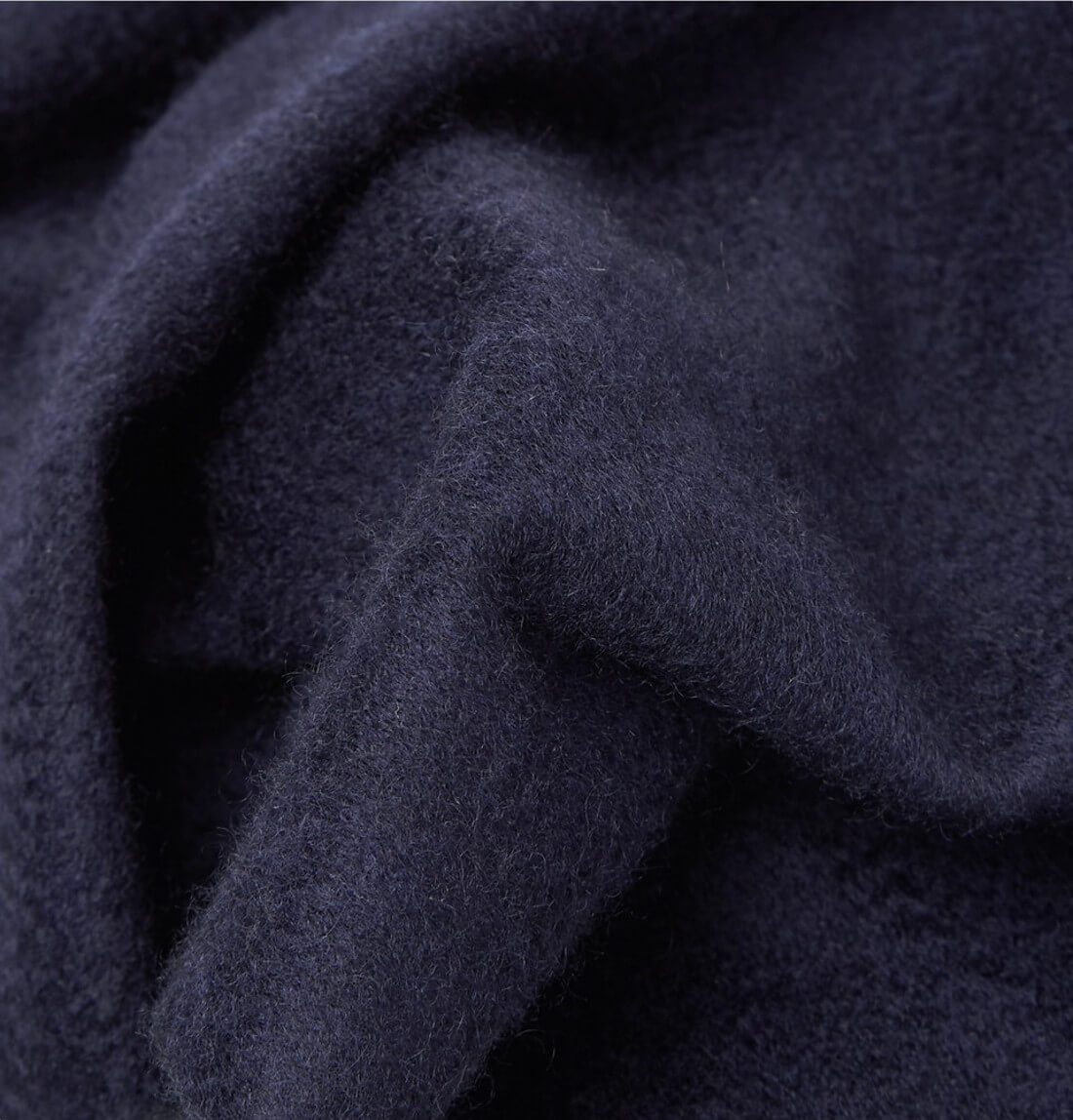 If in doubt, start with the simpler looks. Stick with darker shades such as grey and navy before venturing into brighter colours as you gain confidence, and wear with a basic knot, or even simply drape it over your shoulders. Still unsure of what to go for? Not to worry, we’ve picked out three of our favourite scarf options that you can’t go wrong with this winter – check them out below. 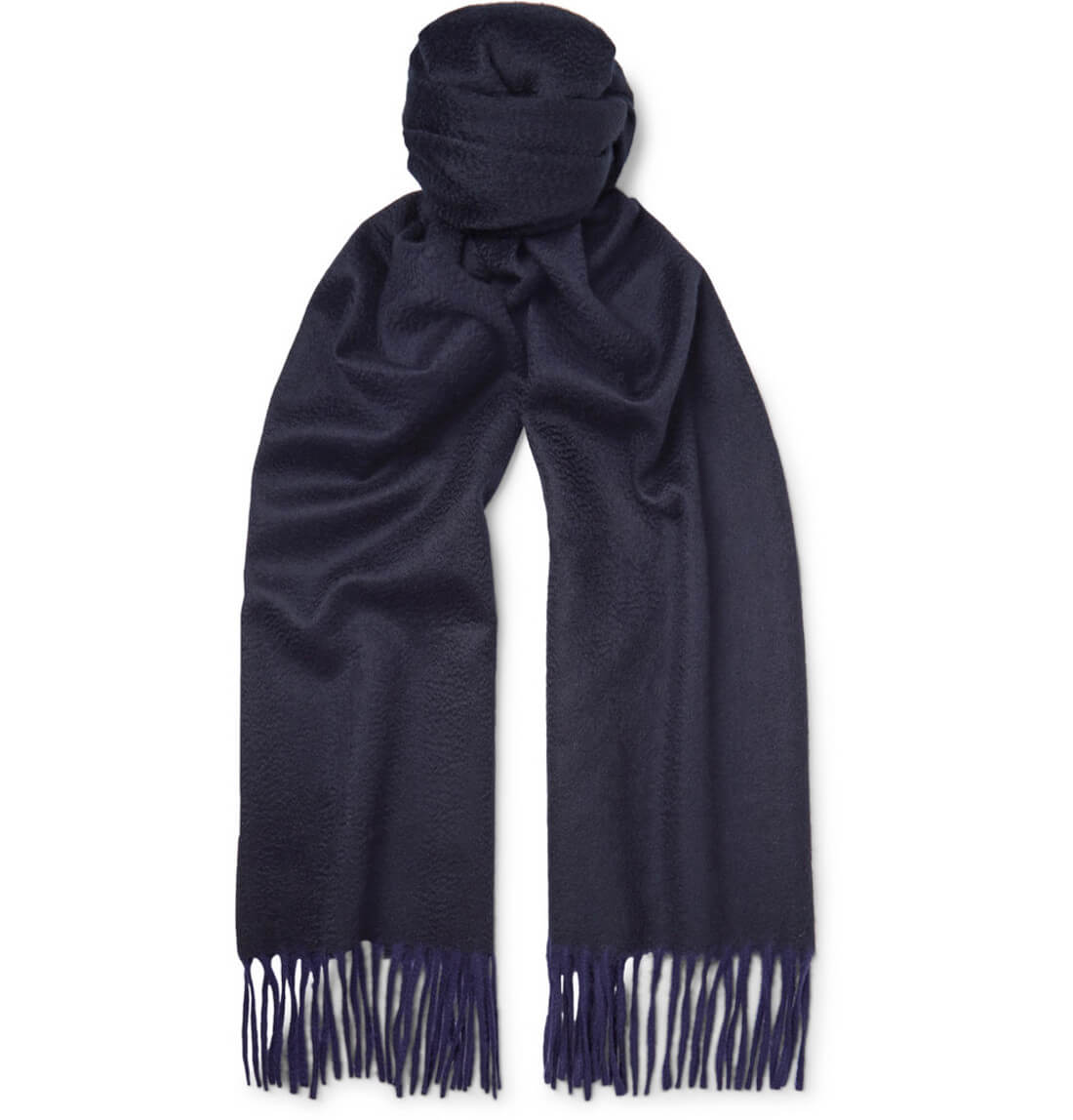 The Arran Fringed Two-Tone Cashmere Scarf by Begg & Co (£260) is a simple but effective means of finishing off a casual look – with its black and midnight-blue colour combination working well with a coloured bomber jacket or casual blazer alongside a sweater, jeans and sneakers.

The understated nature of the scarf allows you to make bolder choices with the rest of your outfit, meaning it doesn’t have to be the centrepiece – perfect for those who may be more unfamiliar with styling a scarf. Made in Scotland from 100% cashmere, the rippled texture of the material comes from specially grown teasel plants, which are used to raise the nap of the fabric during the hand-finishing process.

The Smart Choice: Johnstons of Elgin 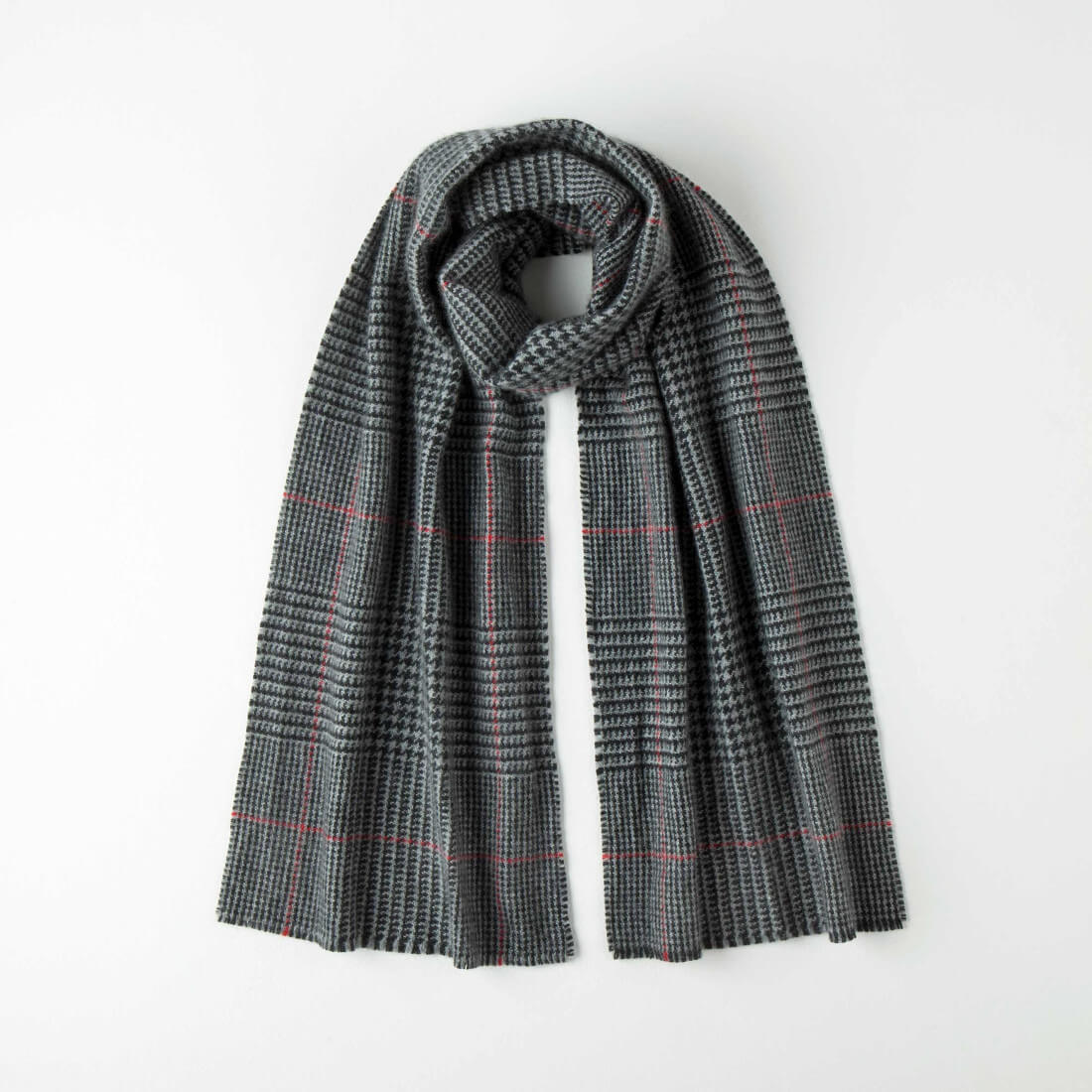 One of the positives of the notoriously chilly Scottish climate is the fact that the region produces some fantastic winter wear, and our second choice is another Scottish scarf in the form of the Cashmere Grey Soft Classic by Johnstons of Elgin (£129). The red and grey glen check design can add extra detail to a formal outfit – wear it over a smart black or grey suit and under a thick, woolen overcoat for a seriously sophisticated winter look. 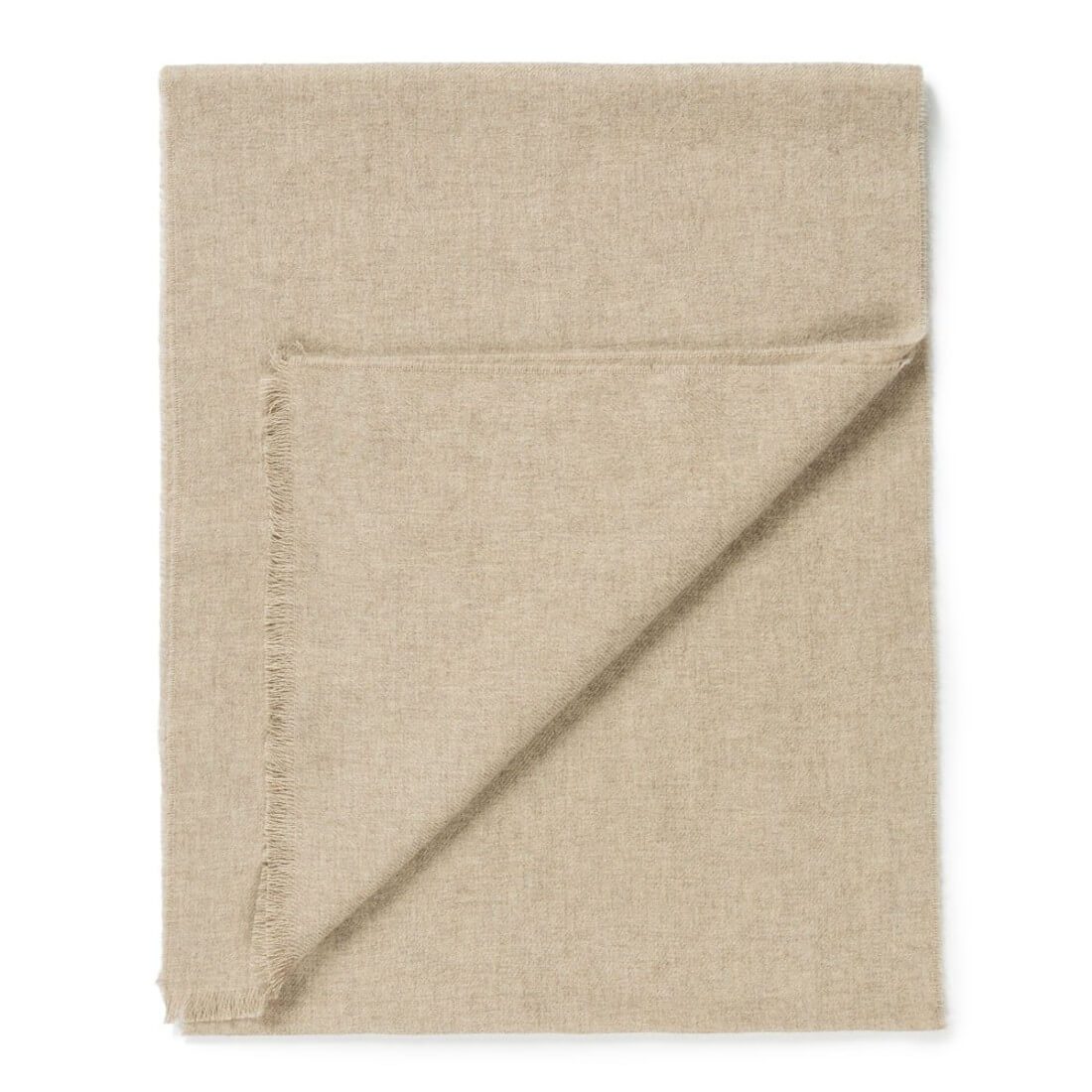 On the occasions where the weather is slightly more in your favour and the thickest of fabrics are not required, the Extra Fine Merino Wool Scarf in Oatmeal by Sunspel (£80) is the best option. The soft but lightweight merino construction of the scarf makes it ideal for year-round wear, particularly during times when the seasons are beginning to change, and choosing the right outfit for the ever-changing weather can become a challenge. The light Oatmeal colour choice makes for a good contrast with a darker sweater as winter begins to morph into spring, but five colours are available, so don’t be afraid to experiment. 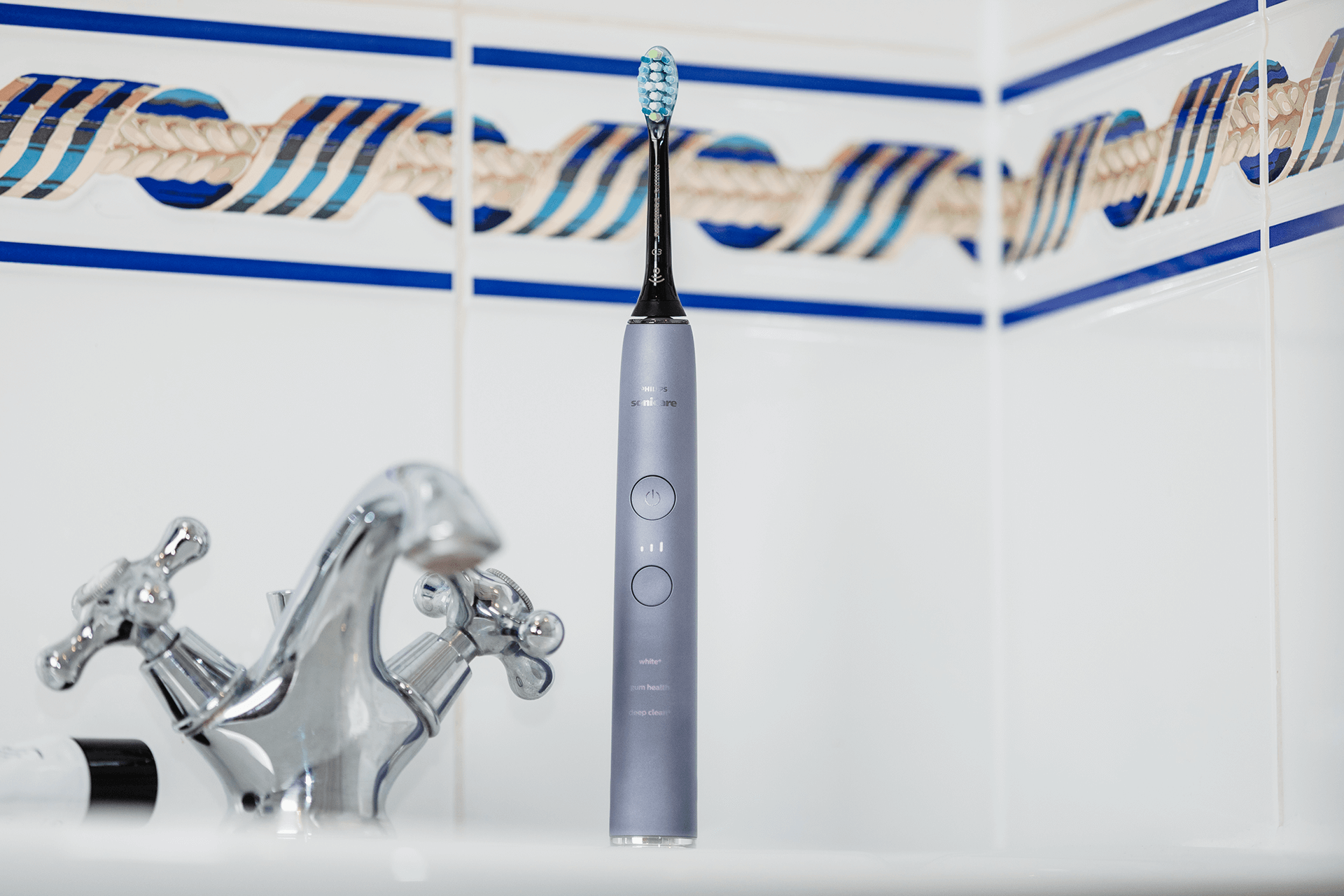 Do you really need a smart toothbrush? 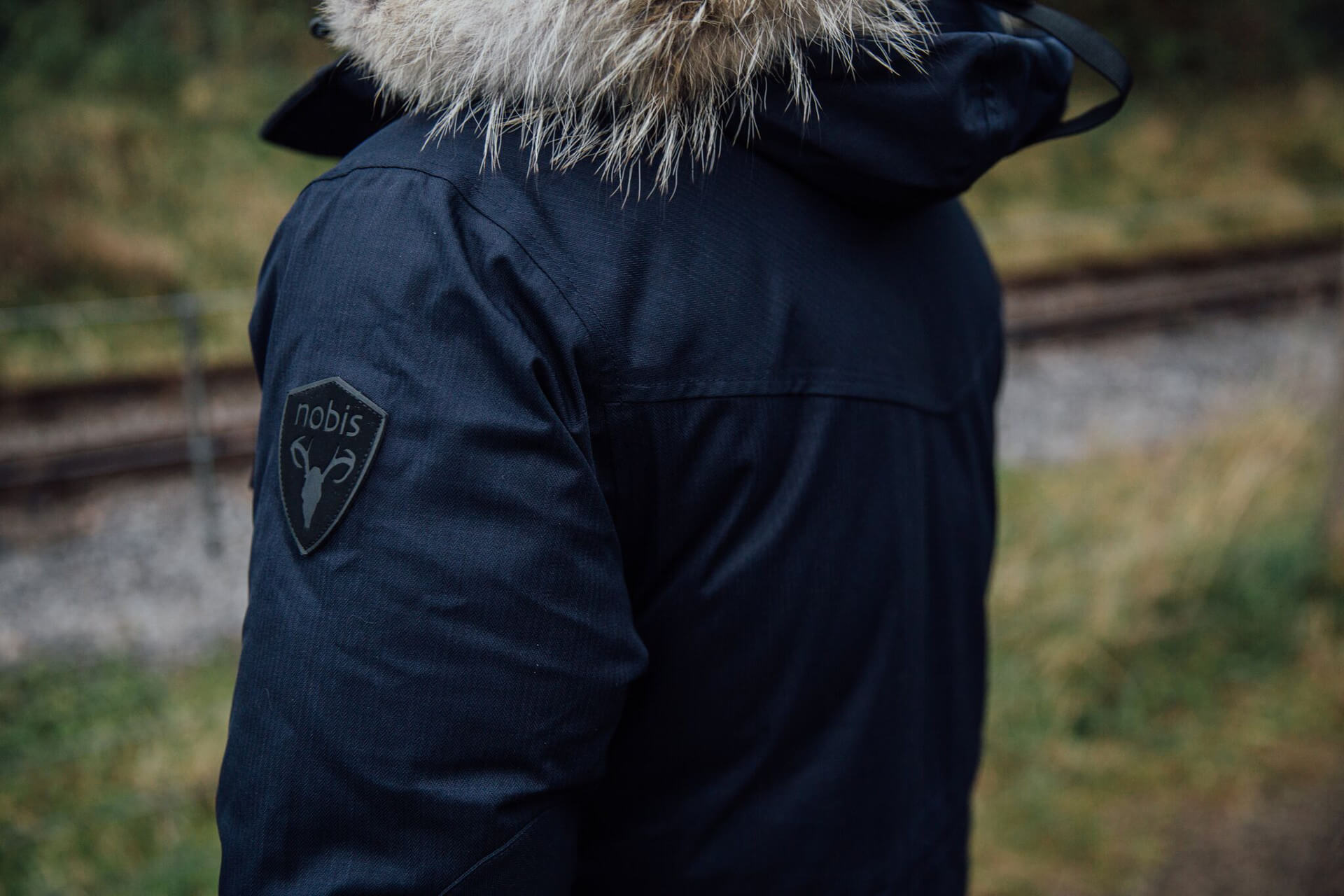 Winter Survival: The Down Jacket