It’s far too early to consider a car from the 21st century as a classic, right? Well, with the movement towards total electrification, many of the combustion-engined cars we love will be gone sooner than we think, causing values to bounce already for some of the last decade’s greatest hits. Of course, some on this list have already started to drive up in price, but their real values still have a long way to go. And unlike older classic cars they are more specialised and finely engineered than almost any other era of automobile.

Here are five future icons from the recent past. 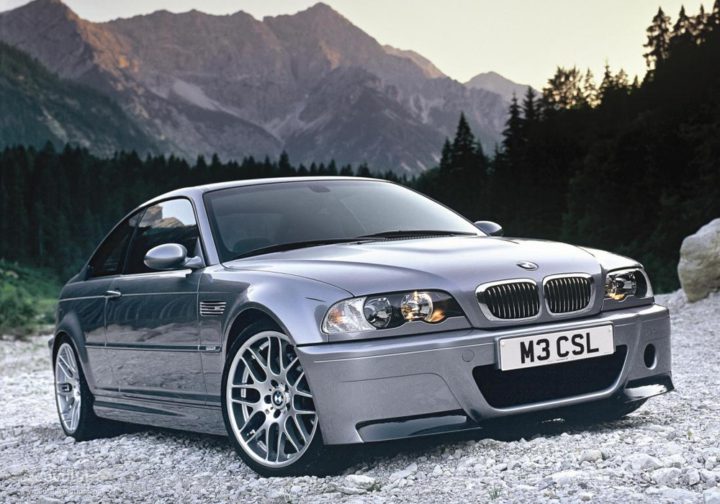 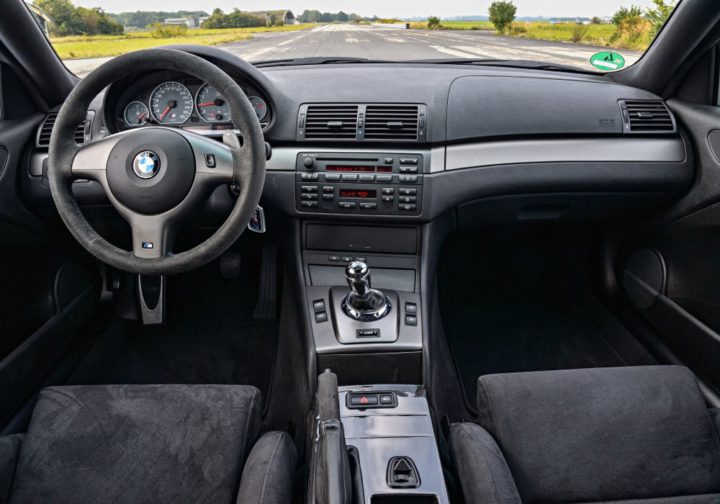 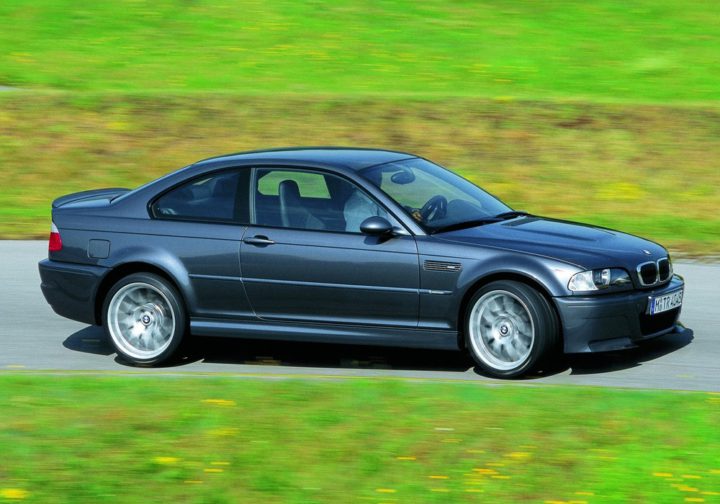 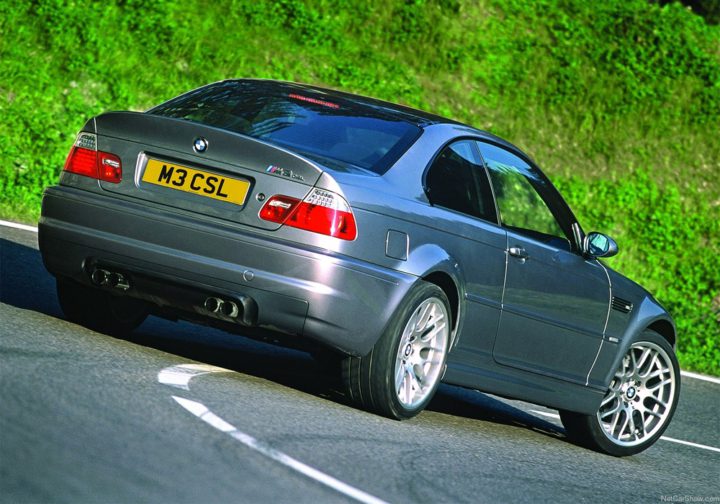 BMW turned 50 in 2020, and despite having a vast back-catalogue of brilliant sports cars, it’s the 2003 BMW M3 CSL that shines the brightest from the modern era. BMW only built 1,383 units in total, 544 of which were right-hand drive, which makes the CSL a relatively rare beast.

Yet it’s ‘specialness’ – and therefore value – comes not from its rarity, but what it can do. With a stunning straight-six engine, sharp agile handling and focus on lightweight engineering, it really was one of the most visceral and engaging cars of the decade to drive.

The only fly in its ointment is that values are already escalating, but they should only continue to go up as BMW transitions to an all-electric future. 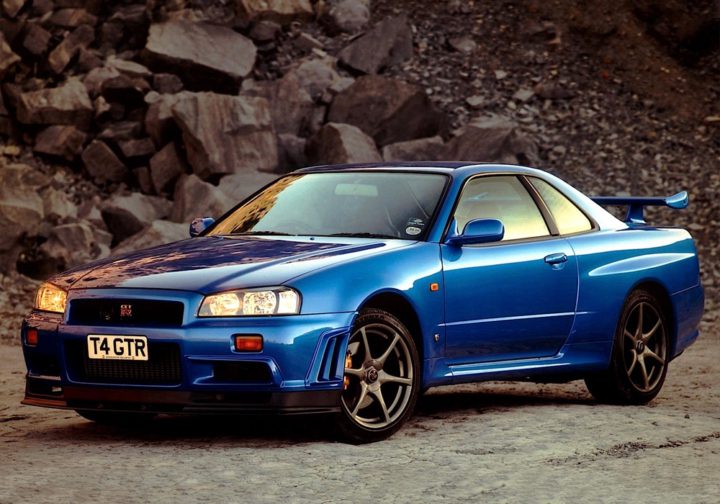 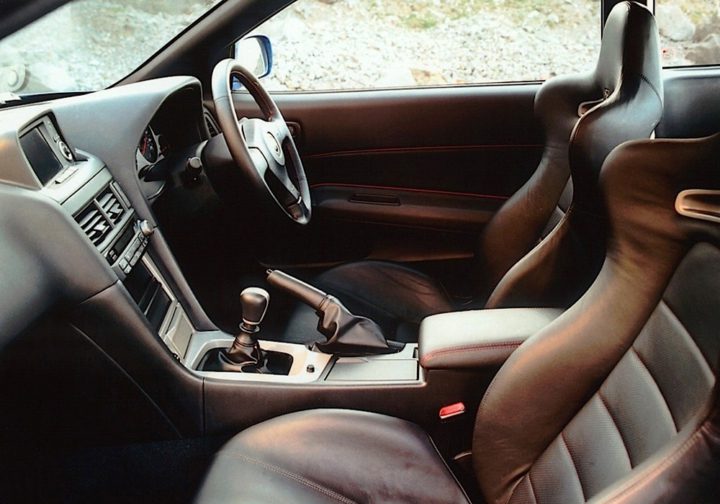 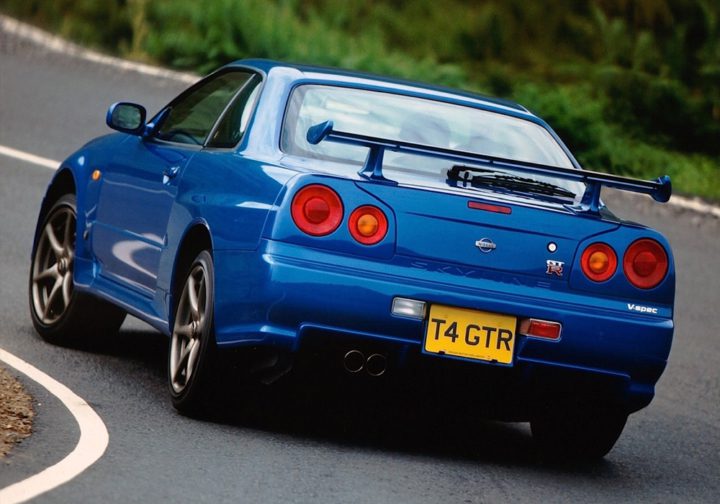 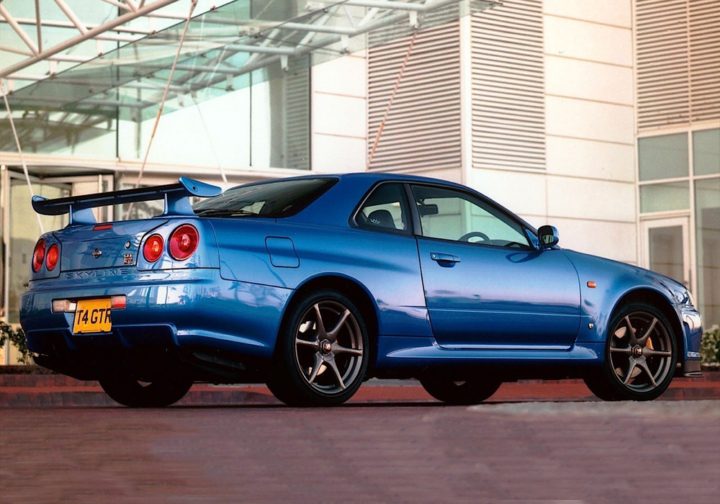 The Nissan GT-R is just as much an icon of the 2000s as it is Japanese engineering; the culmination of over a decade of intense development of the components that its R32 predecessor introduced back in 1989. But what really bulks up the R34’s value, in both monetary value and sentimentality, is its pop culture importance, both in terms of films (the Fast & Furious franchise) and gaming (Gran Turismo).

The good news is that the R34 GT-R, especially in V Spec form, does not disappoint on the road, finding incredible purchase and drive in the sort of conditions that the UK finds necessary to inflict upon us for the majority of the year. Even better, this four-seater coupe is also relatively practical, and while resale prices are extremely strong, it’ll always be an icon, so its value should continue to grow. 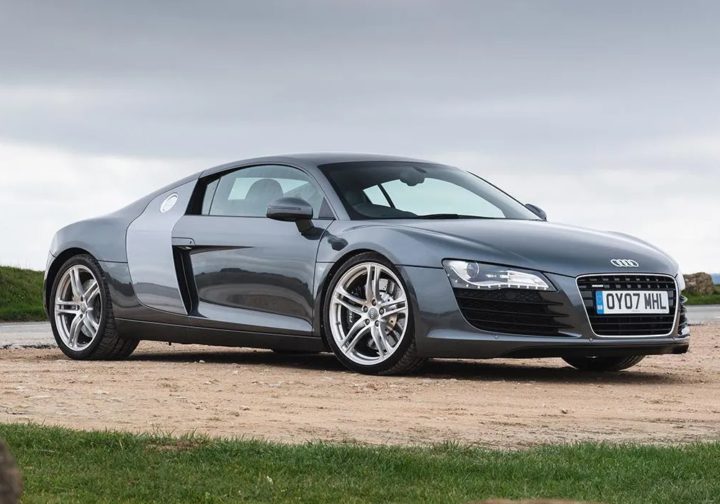 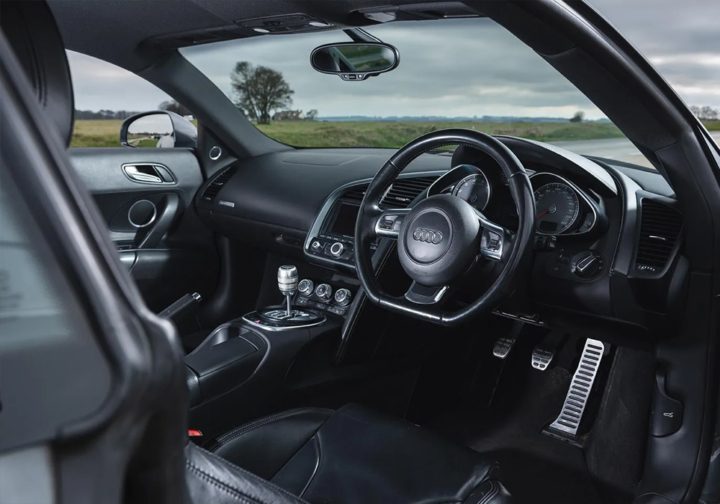 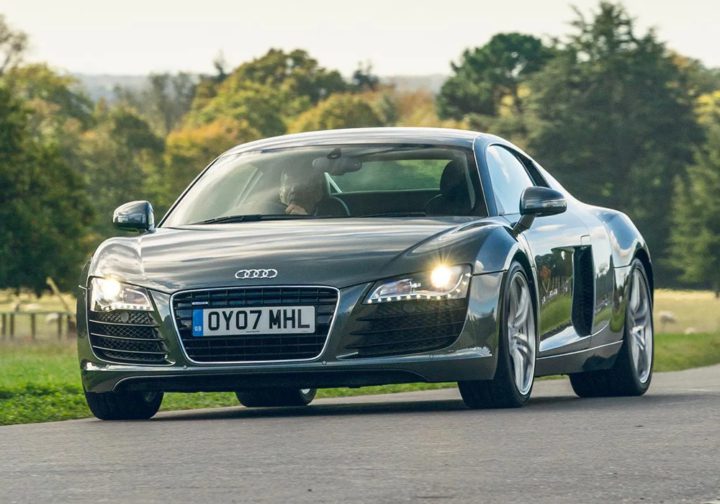 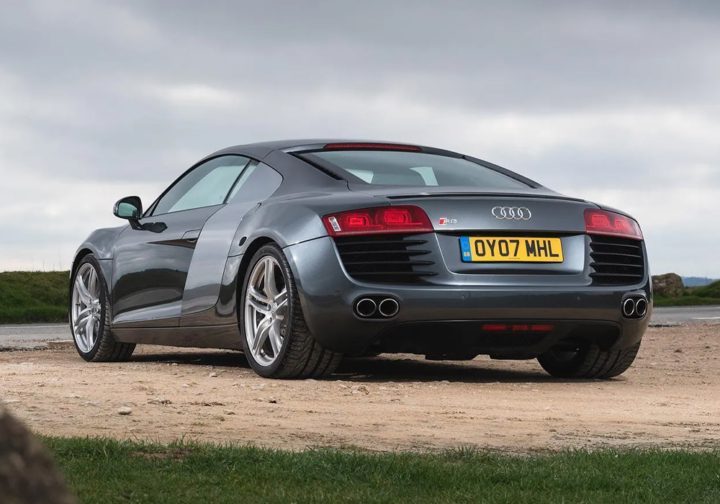 The Audi R8 was something of a random exercise for Audi. After nearly a decade of huge growth, the brand decided it needed a flagship supercar. So it borrowed an aluminium mid-engine chassis from Lamborghini (which it owns), placed its high-revving V8 engine in the middle and packaged it all up in a futuristic design.

But for what could have so easily been a cut-and-shut branding exercise, the R8 4.2 FSi actually turned out to be a revelation in the supercar class, fighting away the perennial Porsche 911 and introducing a completely unique motoring experience in one fell swoop that beguiled everyone who drove it.

Sales were actually very strong, which in turn flooded the used market and kept values down, but with interest picking up and the 4.2 FSi manual being of particular popularity, it’s value only looks set to go up from here. (And up. And up.) 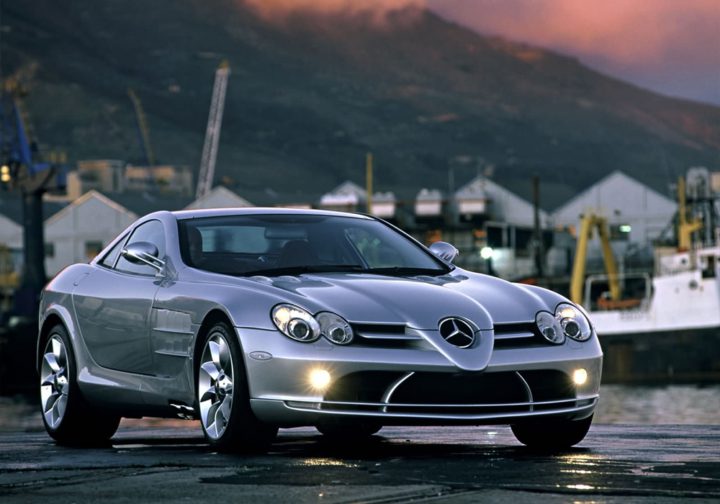 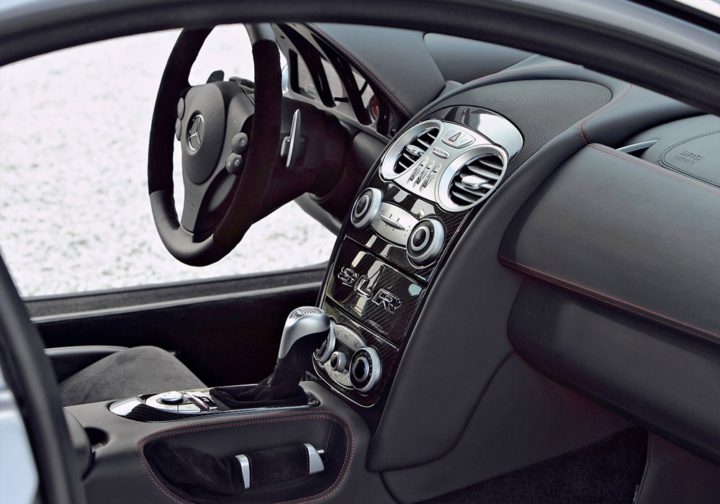 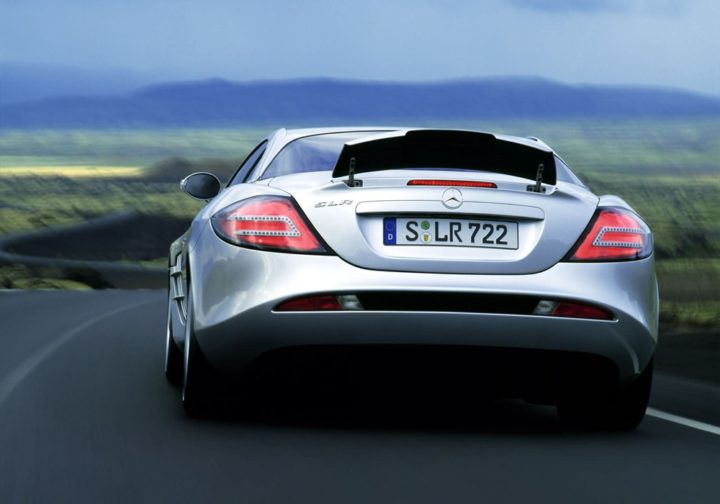 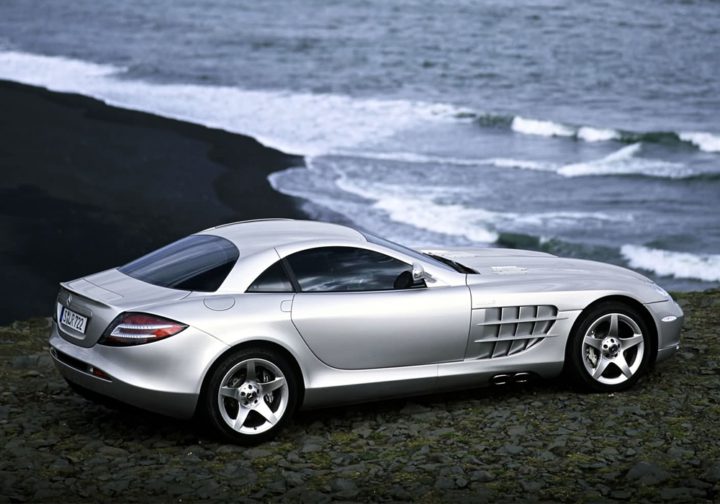 You might have heard of the ‘Holy Trinity’ (a selection of three immense hypercars from Ferrari, Porsche and McLaren in the year 2011), but it wasn’t the first time that terminology was used in reference to a three-way supercar revolution – in 2003 the Mercedes-McLaren formed one-third of the first.

This ‘Hyper GT’, as it was sometimes referred to, was co-developed by Mercedes-Benz and McLaren, the latter having not yet launched a production car range of its own. This odd Frankenstein of a car paired Mercedes design and powertrains with a cutting-edge carbon-fibre construction that at its launch wasn’t exactly lauded as the most beneficial of combinations.

Time has been kind on the SLR, though, as its shortfalls mean less now in a modern context, making it’s uniqueness even more interesting considering its very well-priced place in the market. 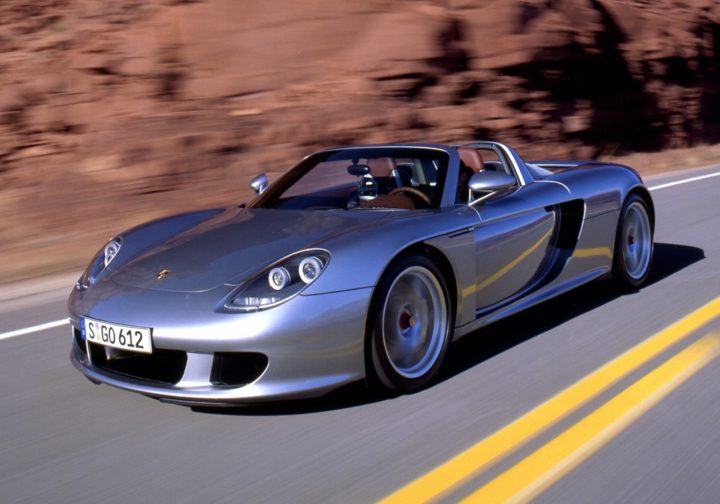 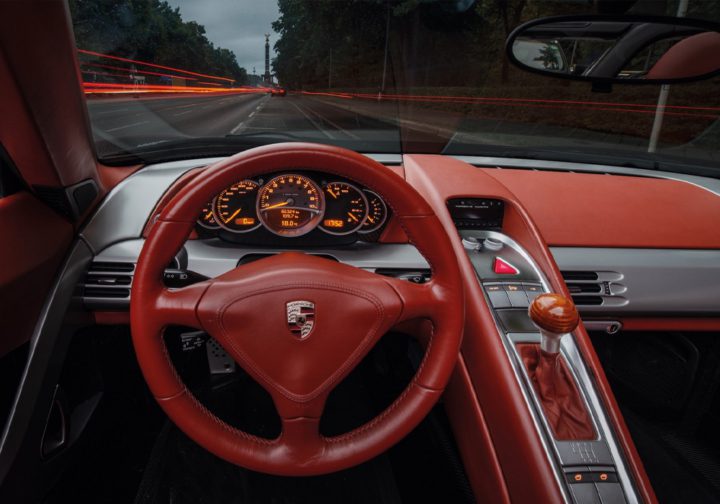 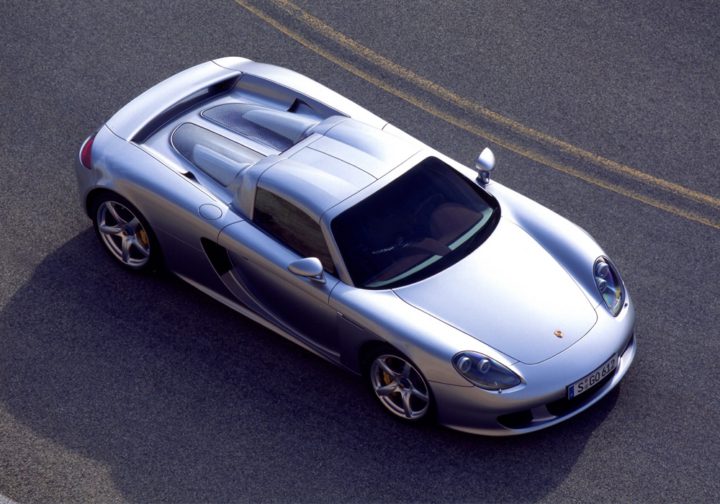 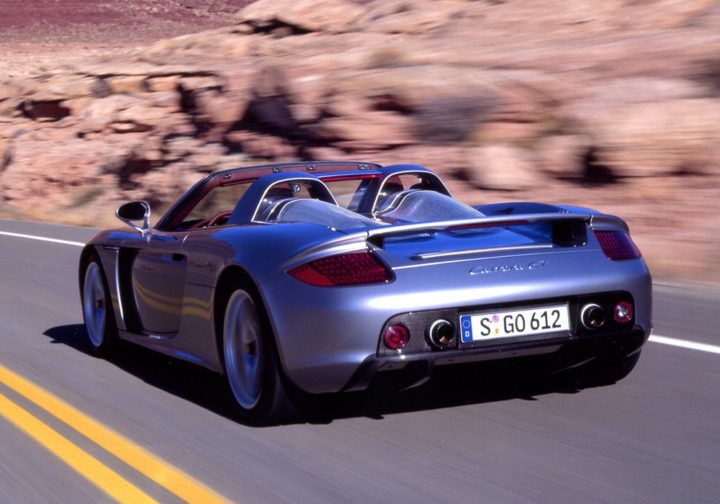 Another part of the aforementioned iconic trio from 2003 was the Porsche Carrera GT. And while it’ll be tricky to get your hands on one for anything less than £800,000, trust us it’s worth it. That’s because the Carrera GT, in contrast to the Merc-engined SLR, was a triumph of engineering that led to one of the finest powertrains of all time.

Its 5.7-litre V10 engine made a noise like almost no other, shrieking within a car that was built like a Swiss timepiece. It was basic inside – there’s really not much in the way of creature comforts – and it’s a fickle beast to drive if you’re not in the mood to deal with its ceramic clutch or spikey handling, but it will almost certainly go down as the peak of supercar engineering.