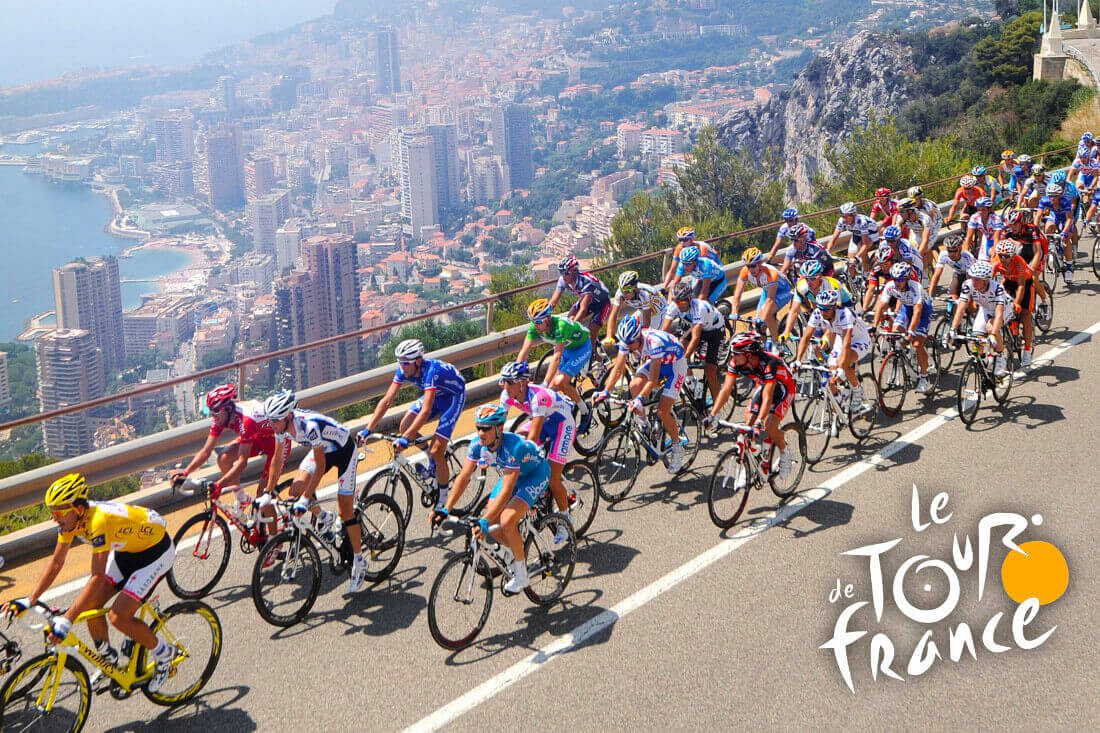 We’re fans of two wheeled racing – whether that be Superbikes, Moto GP or cycling (track and road varieties). The mix of power, endurance and skill in each form reflects what can be achieved in the relationship between man and machine. Being left to your own devises to stay on and power through.

The biggest test of endurance cannot come bigger that the Tour de France. A race that comprises of 0ver 20 stages and over 2000 miles – meaning you can get plenty of stage winners and then an overall General Classification winner/leader that gets to wear the fabled Yellow Jersey. The GC leader is the one who manages to accumulate the least of amount time completing each stage. The Tour is a true test of strategy, strength and perseverance.

Cycling is a team sport
Teams consist of 9 riders, each with different skills and responsibilities that in effect aide the team leader who they protect so as to ensure he uses up as less energy as possible to be able to complete stages. The team leader is supported by a Domestique – helping him along the way and protecting him and bringing him back into connection if he falls.

Some teams are specialist sprint teams who are strong on the flat and create ‘trains’ of riders forming a line that allows the sprint leader to be able to ride in a protected slip-stream. It gets all rather exciting in the final kilometers as riders peel off once their job is done, leaving only a handful in each team to navigate their sprinter to the finish line where there’s a shoot-out between the remaining sprinters.

But why ride 100+ miles a day just to have a sprint at the end? A good question. Well, other stages a mountainous, where the sprinters struggle and allow the specialist climbers to have their moment. This is where time is gained and lost in the General Classification and riders can stretch a few minutes away from rivals.

Every year routes are altered or dropped, as well as time-trials being added or removed, meaning each year allows for slightly different racing. In effect, teams work on strategies within their squad to tackle the different terrains. This year there are 21 Stages. The final stage concluding in Paris on 26 July, where they will start will a champagne departure – with the penultimate stage acting as the final standings for the General Classification. Confusing, yes. But they rider wearing the yellow jersey on the final day, keeps the jersey as there won’t be any challengers for it – a sign of sportsmanship. The final stage brings the sprinters back to the fore and letting them have a go doing circuits around the Champs-Élysées.

We’re supporting Team Sky with the likes of Chris Froome and Geraint Thomas, and want to wish everyone at Team Sky the best of success. Not only are they super talented, but are in our opinion, the most stylish team in the Peloton with Rapha providing smart kits and Jaguar driving Dave Brailsford and the rest of the team in support.