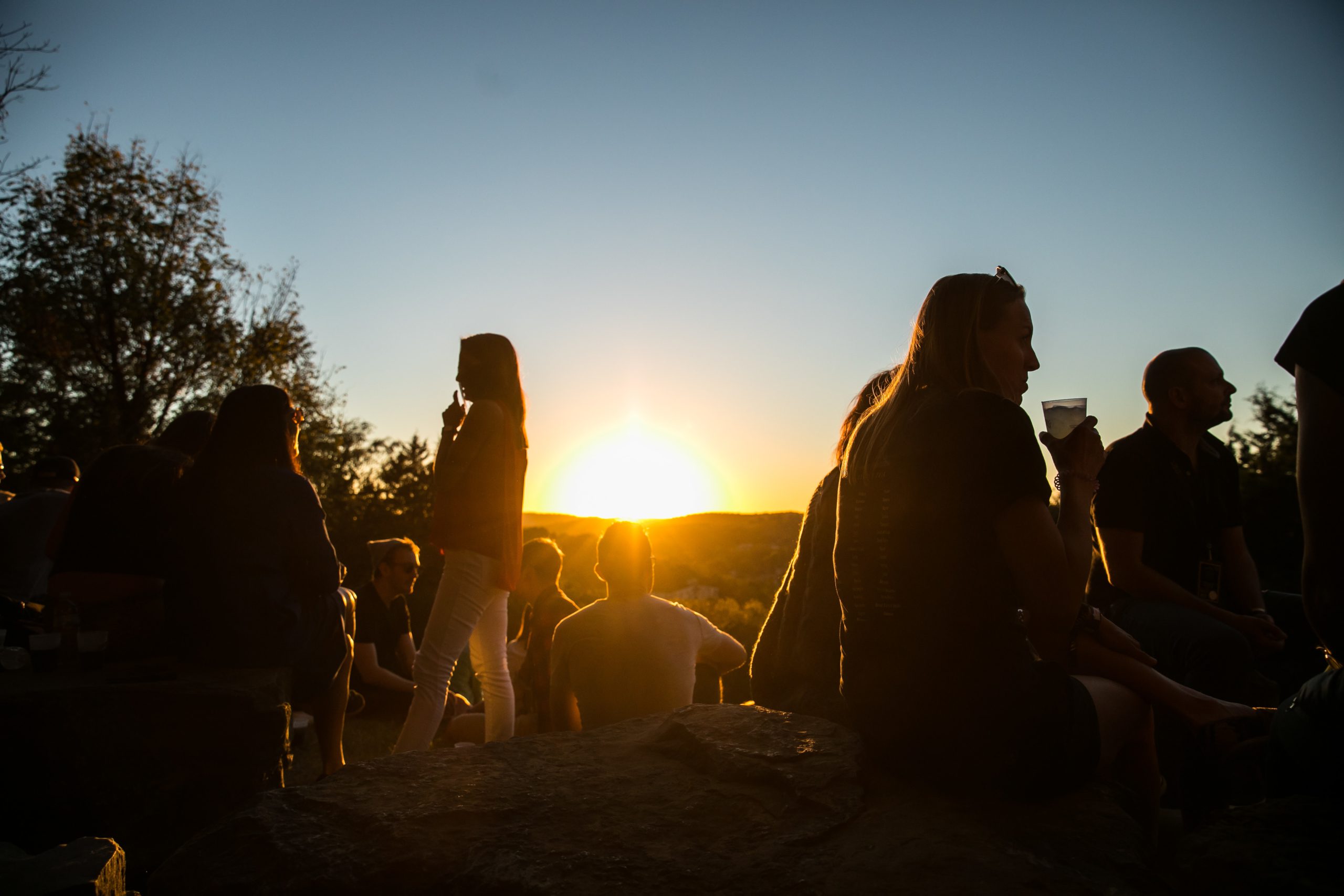 This story starts in 1866 when a gentleman named Jack Daniel founded a whiskey distillery in Lynchburg, Tennessee. The diminutive Jack with a passion for highest-quality whiskey set in motion the Jack Daniel’s brand of whiskey- destined to become, today, the top selling American whiskey brand in the world. If you don’t already know, you’ll find it in some of the trendiest bars across the planet; London’s Old Street Records for example where you can enjoy a Black Daniel’s with Jack Daniel’s Tennessee Whiskey shaken hard with Chambord Black Raspberry Liqueur, Giffard Cherry Syrup and topped with Cola.

This year Ape to Gentleman were invited to Tennessee for the 150th anniversary celebrations of this American icon. Hosted in Nashville, a city not often visited by foreign tourists- we were welcomed with open arms by the people of ‘Music City U.S.A.’. Highlights of Nashville included a walking tour of the city tracking its musical heritage of legends such as Chet Atkins, Jonny Cash and Elvis Presley honoured by this Southeastern city. Fried chicken from Hattie B’s, the Tennessee Titans NFL team, the Country Music Hall of Fame, the Ryman Auditorium, Acme Feed & Seed and Tootsie’s Orchid Lounge added to the mixer earned Nashville a place in our hearts and a recommendation for anyone wishing to venture further inward from the East and West coast cities of the United States.

After a couple of nights in the city, we headed out to Lynchburg- a small town 90 minutes from Nashville and home to the Jack Daniel’s distillery, where every single bottle sold worldwide is still created and produced here today. Or as Jack Daniel’s put it, ‘enjoyed everyplace… made in one’- which is pretty much an accurate reflection of the brand- one that has some serious heritage and authenticity but featured on the bars and in the hands of the most current of locations and people. Be it a creative cocktail, a ginger and Jack or a Jack on the rocks- it’s versatility has no doubt contributed to it’s enduring popularity.

Despite the global popularity of the brand- the distillery operation is relatively small, and very much run as a family affair. Employees are more like family members- passionate about the brand, its history and proud to produce their Tennessee whiskey in an almost identical fashion to the way Jack did 150 years ago. We were treated to an insight into the world of Jack via a distillery tour- highlighting the mechanics and care put into producing its signature smooth taste achieved by a process of charcoal-mellowing.

Jack Daniel’s Old No.7 is the most iconic variant, the headliner but there are multiple varieties including our favourites; Gentleman Jack, Sinatra Century and Single Barrel amongst others. The distilling process is overseen by Jeff Arnett, who is just the 7th master distiller since Jack Daniel himself.

As the day drew in, we headed up to BBQ Hill where the distillery has an entertainment ‘barn’- a bar come restaurant with stunning views overlooking the town of Lynchburg. After a few (too many) Jack and Ginger Ales we then headed back to the distillery where live music, an array of deserts and more whiskey were enjoyed as the celebrations were bought to a close before heading back to Nashville.

The Jack Daniel’s philosophy is a simple one- “Everyday we make it, we’ll make it the best we can”. A focus on highest-quality ingredients, method and a time-honoured final product. It’s a basic formula, but the results speak for themselves- 150 years of success, and no doubt countless stories and memories generated by those who enjoy a drink of Jack. Here’s to the next 150 years, salut!