Here at Ape, we’re firm believers that the smallest details of an outfit can have the greatest impact overall. Not convinced? Allow us to present eyewear as perhaps the ultimate example.

Whether they’re sunglasses or opticals, the right frames can completely change a face. They see more action than almost anything else you wear, last a lifetime if cared for correctly and often become a signature of their wearer’s personal style. Just look at the likes of John Lennon, Buddy Holly, Steve Jobs or Larry David – a handful of men whose glasses are every bit as famous as them.

Why is it, then, that eyewear so often comes as an afterthought? Surely something this important, this integral to your look, is worthy of some careful consideration? We certainly think so. That’s why we’ve compiled a list of the world’s finest framemakers, so that you can ditch the £20 milk-bottle specs and give your eyes the quality and craftsmanship they deserve.

Most eyewear brands have their very first set of frames made in a factory, but not Cubitts. In 2013, founder Tom Broughton crafted his first frames at his very own kitchen table in London’s King’s Cross. Pretty wholesome, right?

Fast forward to today and the British brand has no less than eight outposts spread across the capital while having managed not to sacrifice any of its original charm. The frames are traditionally made by hand, using custom Cubitts pins. Meanwhile, eye tests are offered on site at only £25 if you buy a pair of specs, saving you money and an additional trip to the opticians.

You probably think Ace & Tate was founded by two people, one with a very cool surname and the other with a pretty run-of-the-mill one. You’d be wrong though. In actual fact, this direct-to-consumer brand was founded by a chap called Mark de Lange, and its name is actually a play on the word “acetate”, a lightweight material that modern sunglasses are commonly made from.

By cutting out the middleman, Ace & Tate is able to offer stylish, quality frames for, in some cases, less than £100. There are stores in a few major UK cities, but if you can’t get to either Manchester, London, Bristol or Glasgow, you can also try a few pairs on in the comfort of your own home for free.

Hailing from just outside of Glasgow, Banton Frameworks is an independent eyewear brand that takes its craft seriously. From humble beginnings in a small workshop at the bottom of one of its co-founders’ gardens, these Scottish specs are now giving some of the biggest names in the game a run for their money in terms of quality, craftsmanship and cost.

Maybe it’s because they look great. Maybe it’s because Banton is committed to using only the best materials. Or maybe it’s down to the founders’ obvious passion for their work and the sheer amount of hard graft that’s been put into honing their skills in the workshop. We’d hazard a guess it’s a combination of all of the above that makes this fledgling eyewear brand one of the most exciting around.

Technically, London’s Kirk Originals launched in the 1990s. However, the path that led there can actually be traced back to 1919, when members of the Kirk family converted a sewing machine into a cutting machine for eyewear.

The Originals line was born when the founders discovered a trunk of vintage mid-century Kirk frames. They began to make new versions that drew inspiration from those original styles and the brand quickly amassed a cult following. Today, Kirk Originals’ frames are characterised by classic shapes with subtle modern touches, and they’re made right here in England using only the finest materials.

A name that should need no introduction, Persol is an eyewear originator with over a century of experience in crafting some of the finest mass-market frames around. After rising to fame in menswear circles thanks to Steve McQueen and his now-iconic 714s in 1968’s The Thomas Crown Affair, the Italian brand went on to become one of the industry’s leading marques.

Now under the umbrella of the omnipresent Luxottica group, Persol is one of the oldest eyewear labels in the world, as well as being the first to bring ground-breaking innovations, such as spring hinges, to the market.

Ray-Ban is to eyewear what Apple is to smartphones. It’s the biggest brand, the most popular brand and the one that everyone already knows. While there are those within the menswear community who’ll no doubt sneer at the American label’s mass-produced frames, it’s important to remember that had it not been for Ray-Ban, the eyewear landscape would look very different indeed.

Styles like the Aviator, the Wayfarer and the Clubmaster have spurred countless imitations, but it was Ray-Ban that did them first. These are some of the most iconic and influential frame designs of all time, so if you’re going to invest in them, you might as well get the real deal.

There isn’t an official global capital of sunglasses, but if there was it would probably be Hollywood. The glitzy LA neighbourhood has a well-established love for shades, to the point of them being something close to uniform for inhabitants. This considered, it shouldn’t come as much of a surprise that one of the coolest eyewear brands around calls it home.

Oliver Peoples has been crafting high-end frames that blend classic and contemporary since 1987. Inspired by vintage designs, the brand’s glasses offered some respite from the OTT styles dominating fashion at the time. This classic aesthetic remains at the core of everything Oliver Peoples does, making it one of the most dependable names in the business when it comes to timelessness and quality.

We love a brand with heritage, and as far as eyewear goes there aren’t many with more of it than Moscot. This historic New York brand has been in the business of spectacle making since 1915, making it not just one of the oldest eyewear labels in the world but also one of the oldest local businesses in NYC.

Born in London’s Knightsbridge in 1969, Cutler and Gross is a luxury eyewear label that was one of the first to turn glasses into a fashion item. Over the years, the brand has collaborated with names like Maison Martin Margiela, Comme des Garcons and Mulberry amongst others, as well as having been paraded down many a Fashion Week runway.

Today you’ll find the brand stocked by some of the world’s most exclusive and fashionable retailers, as well as its own stores in London, New York, Los Angeles, Toronto and Bath. 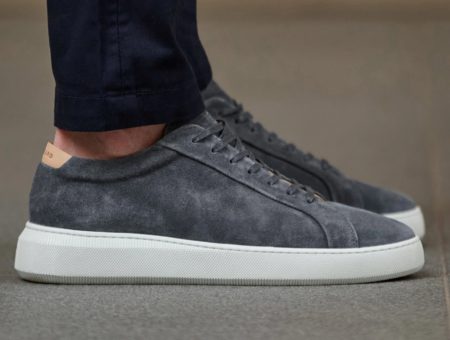