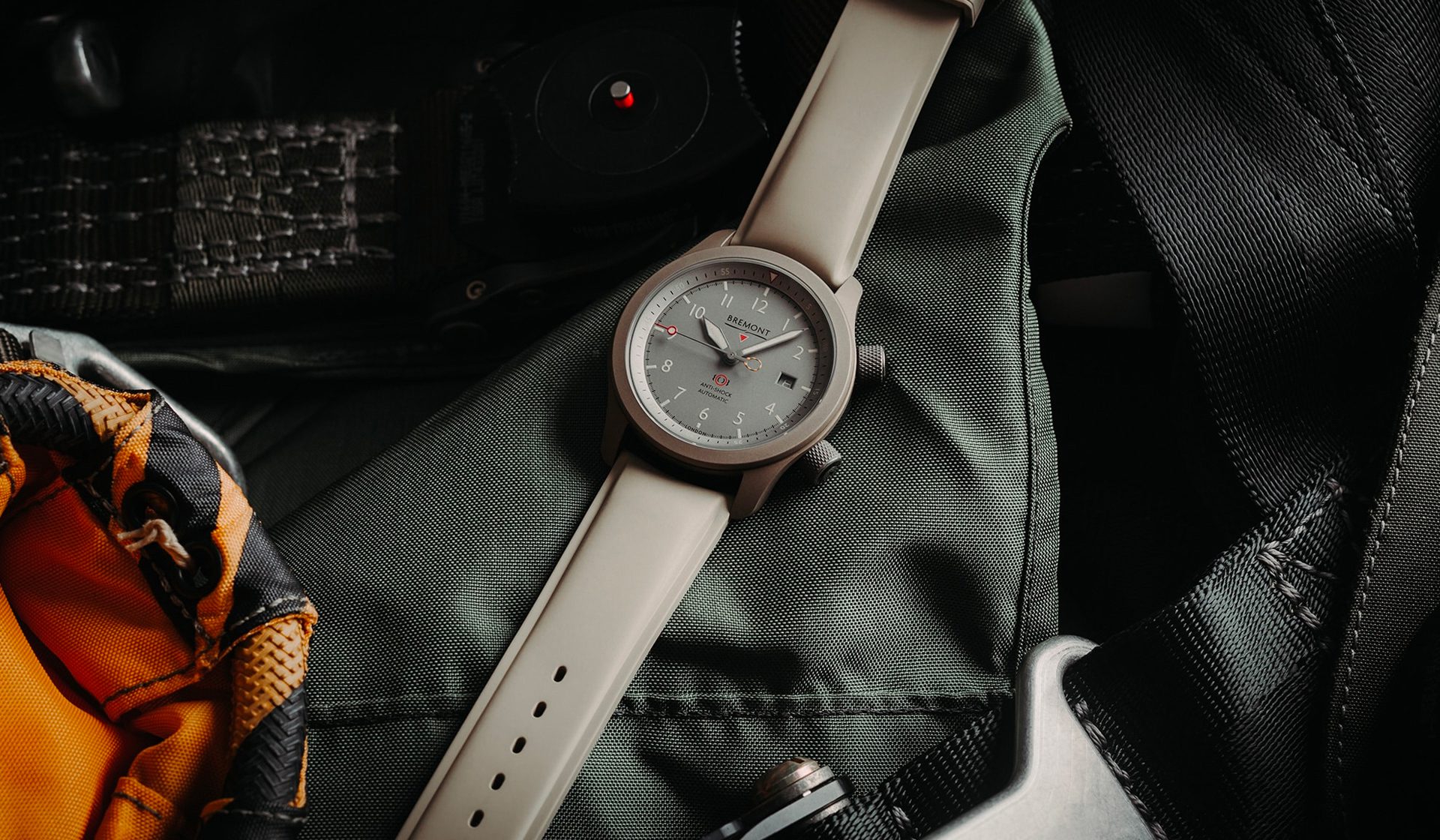 The last weeks of the year bring the inevitable round ups. The best restaurant, best books and, for us, the best watches. With the world opening up and watch fairs taking place again, there were many more exciting timepieces launches than last year, which makes compiling this list incredibly difficult.

It is by no means definitive, completely subjective, and in alphabetical order. So no one can get upset that they’re not number one. 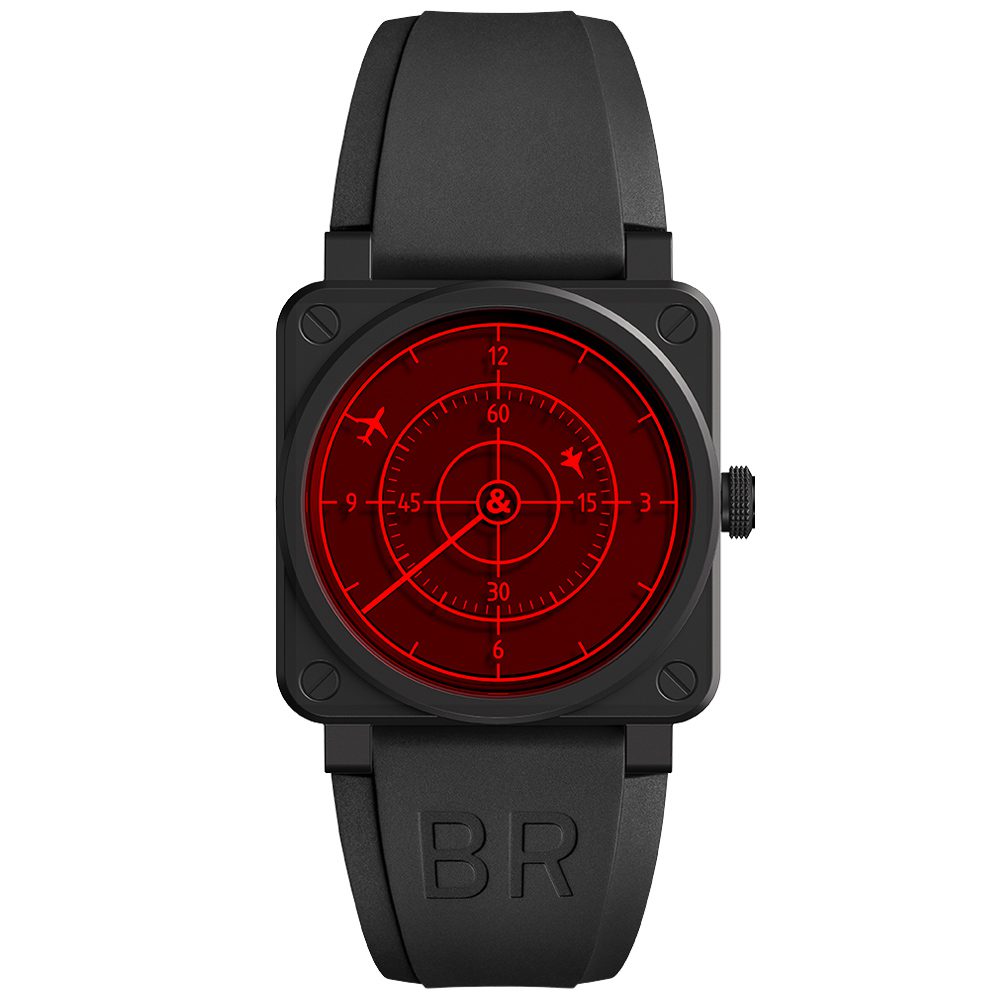 This update of the 2011 BR01-92 has a dial guaranteed to make you make plane noises while looking at it. Or pretend you’re in a 1970s Cold War thriller. Rather than radar blips signifying the hours and minutes on concentric circles, as on its previous incarnation, we have planes. There’s a circling commercial aircraft to indicate the hours and a fighter jet for the seconds; chosen because in real life a commercial plane will move slower than a fighter jet. The seconds are now represented by a slim analogue hand.

It took all the engineers’ considerable talents to create the ultra-thin, frictionless discs on which the planes circle but the result is a major piece of watchmaking that combines fun with technical prowess. 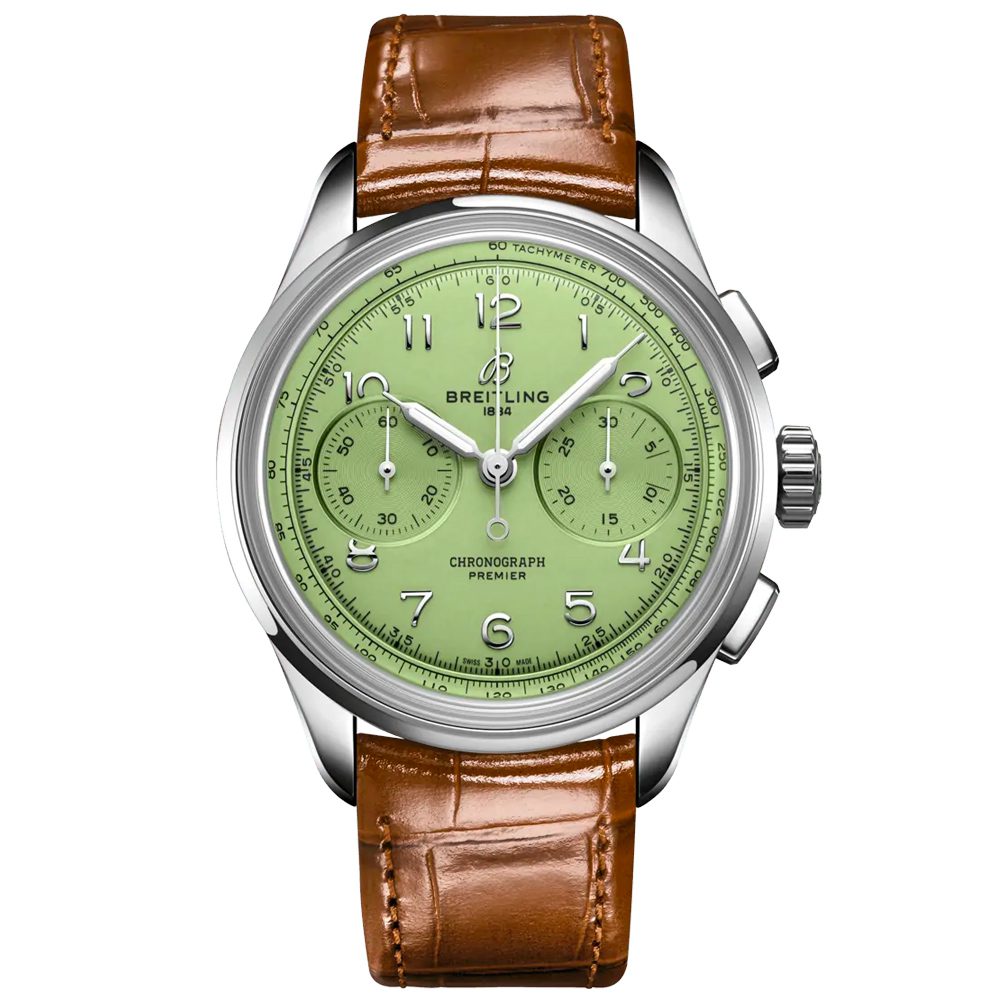 Say what you like about Georges Kern, but since he started at Breitling the watches have definitely improved. This pistachio-dialled beauty proves the case (there is a red gold version with a silver dial, but why would you?).

Taking its name from a collection dating back to 1943, with a nod to Breitling’s modern history of innovating the chronograph complication, it is that rare thing: a vintage dress chronograph whose price tag isn’t eye-watering.

Shrunk to a more refined 40mm, it is powered by the manual-wind in-house B09, the pushers are flush to the case, rather than pump style, and the applied indices add a touch of luxury. It’s just fabulous. 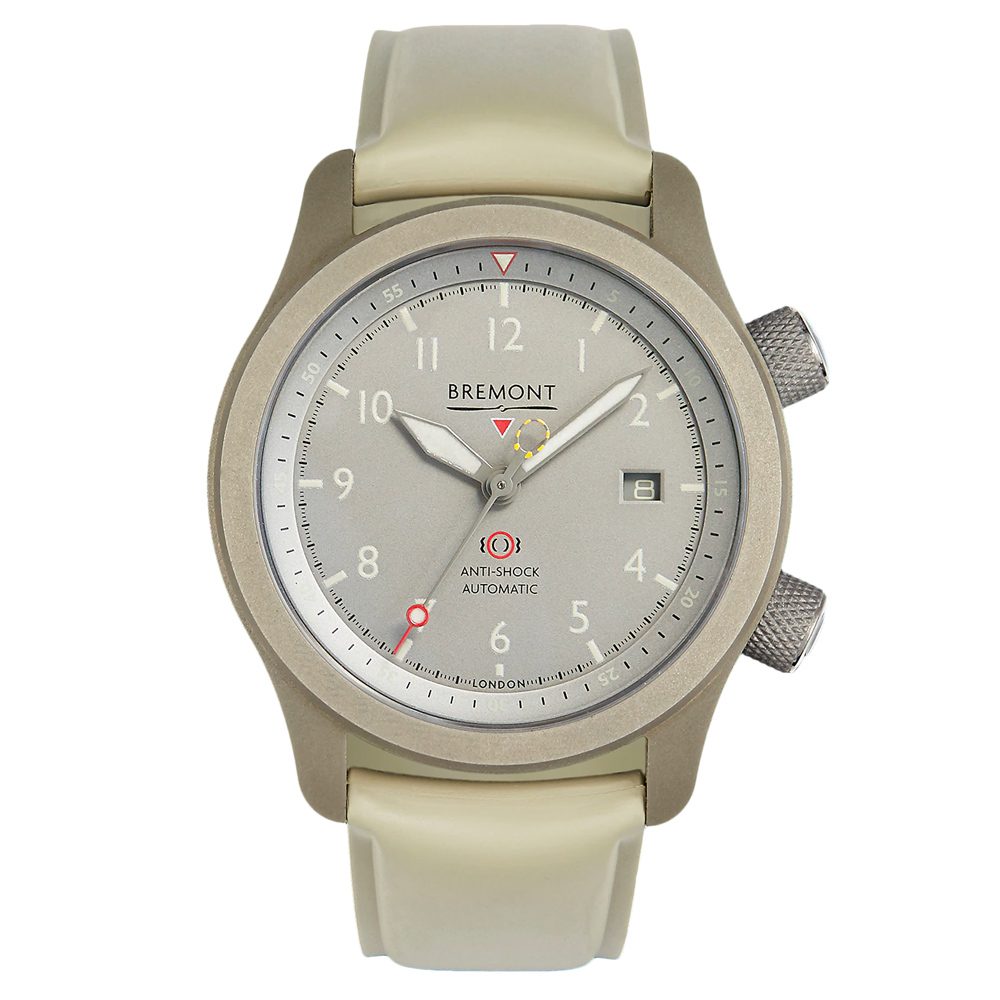 Sometimes a change of livery is all a watch needs to take it from decent to extremely desirable. Which is exactly what has happened with Bremont’s MB Savanna. The MB has always been a good-looking watch, and you can eject from a plane in it, should you want to, but this new grey and tan colourway adds a sheen of sophistication to its muscular form.

This is still a tool watch that has been altitude tested to 100,000ft, vibration tested, exposed to temperatures from -40C to +40C, and subject to the equivalent of an 18G impact moving at 42ft per second, but the lightweight case material makes it an easier wear, while the new colour scheme means it isn’t just for weekends anymore. 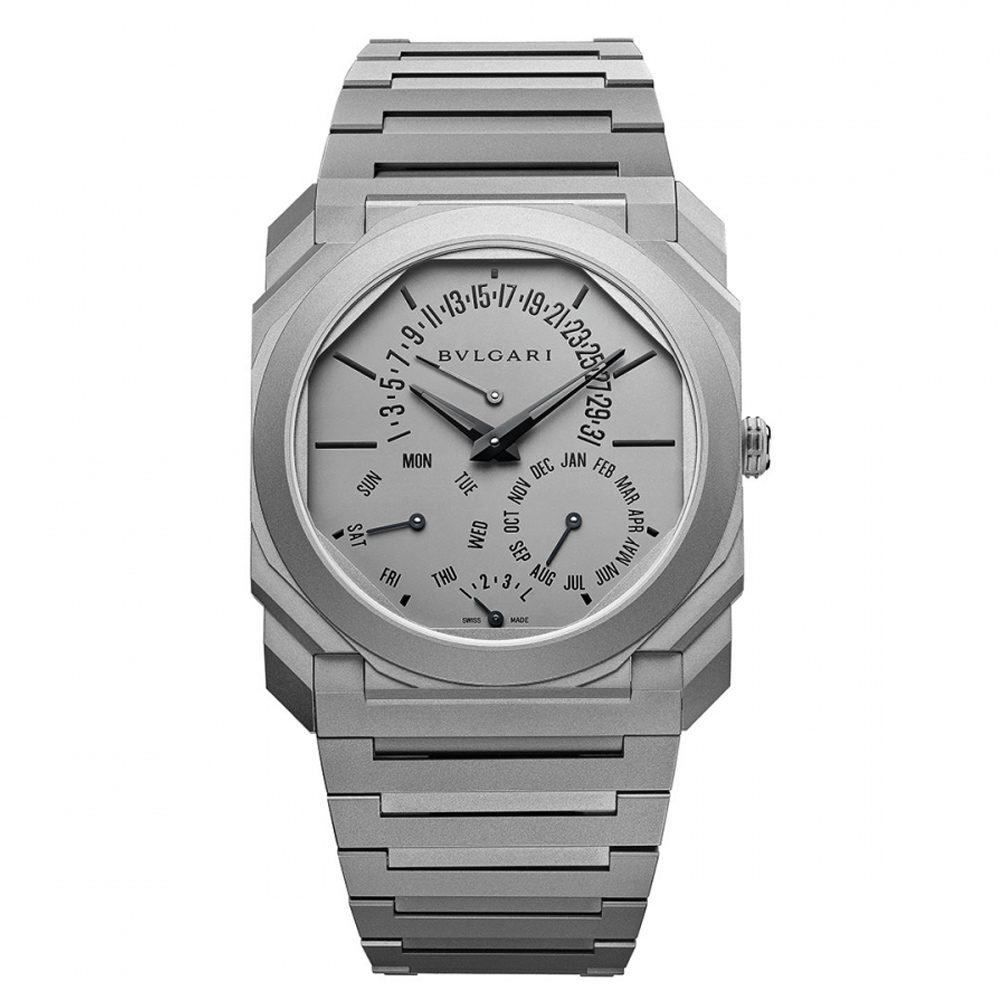 Bulgari has been picking up records for watch slimness the way Novak Djokovic picks up Wimbledon titles. This perpetual calendar makes it seven in a row, alongside the likes of thinnest tourbillon, chronograph and minute repeater.

Just 5.8mm in depth, this gorgeous timepiece manages to hit all the complication beats of perpetual calendar – day, date, month and leap years – adds a modern twist by making them retrograde, and sensibly leaves off the moon-phase; an addition whose inclusion can flummox even the best watchmakers.

All the functions can be controlled by the crown or any of the three correctors built into the case, so no need to thumb through a War & Peace-sized manual if you want to use it.

It does come in platinum, but the sandblasted titanium has become as much of a signature of these ultra-thin designs as the Octo case and integrated bracelet that any other material just seems wrong.

Truth is we can’t decide. The Tank did have the edge then we saw Paul Mescal in custom Gucci at the Fashion Awards sporting a Cloche and that elicited the tie.

Starting with the Tank: it first launched in 1977 and, as the Must indicates, was part of Cartier’s more accessible line that originally comprised lighters, pens and bags – must-have accessories bearing the Maison’s name. The new iteration, especially this one in rich burgundy, has a touch of the Studio 54s about it mixed with a New York uptown elegance. A daring dress watch, if you will.

The Cloche is from the 1920s and even more daring. Its unusual shape came about because this was originally a jewellery watch designed to be pinned, with the dial rotated so the watch could be lifted and read. It was turned into a wristwatch in 1921 but kept all its idiosyncrasies. Now it’s back for 2021, with a manual-wind movement, and is just as extraordinary as ever. 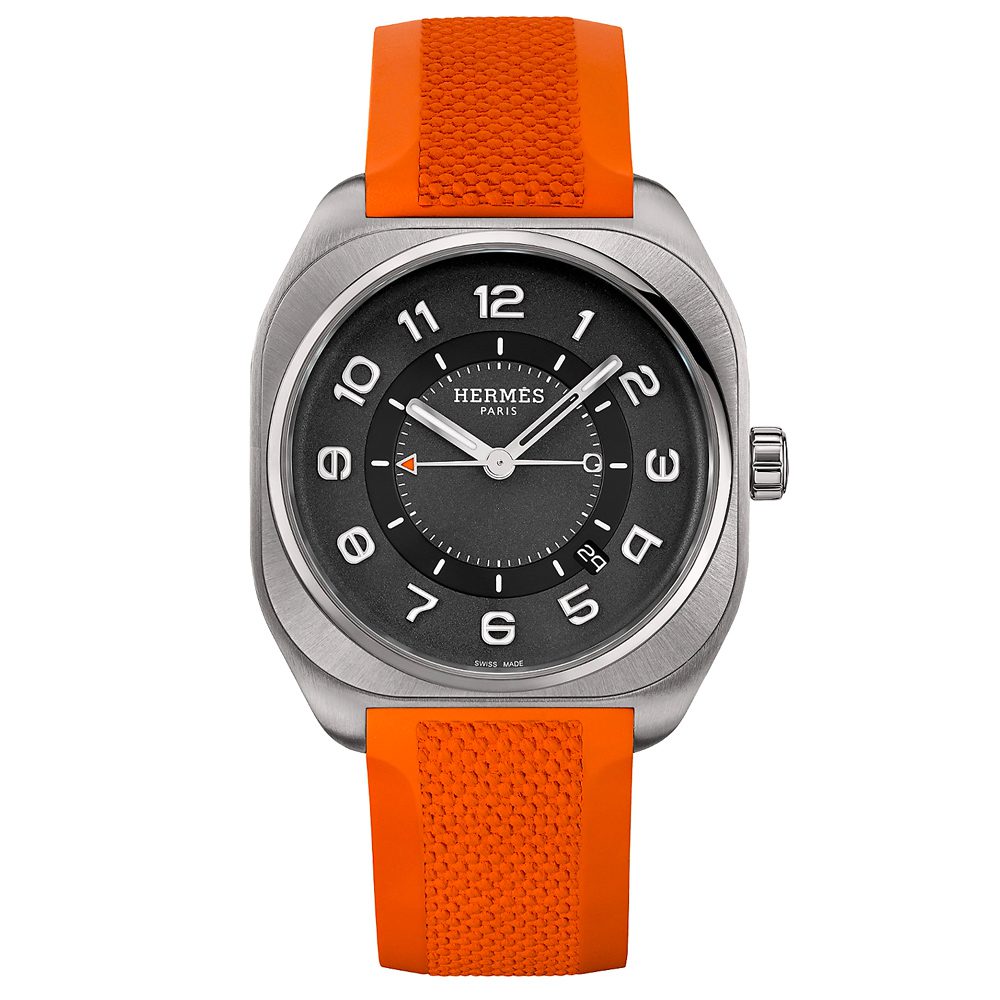 This is the watch that made everyone’s end of the year list, so it would have been churlish not to include it here. And there’s good reason why everyone fell for this timepiece. Described by Hermès’ CEO as the ultimate urban watch, it’s sporty but still refined enough to wear to smart occasions, has a wonderful retro yet modern aesthetic, and a strap made from a proprietary rubberised textile developed for use in Hermès bags.

It is also powered by a movement created in partnership with renowned calibre creator Vaucher. It feels luxurious but is robust enough to wear every day. In fact, why would you want to take it off? 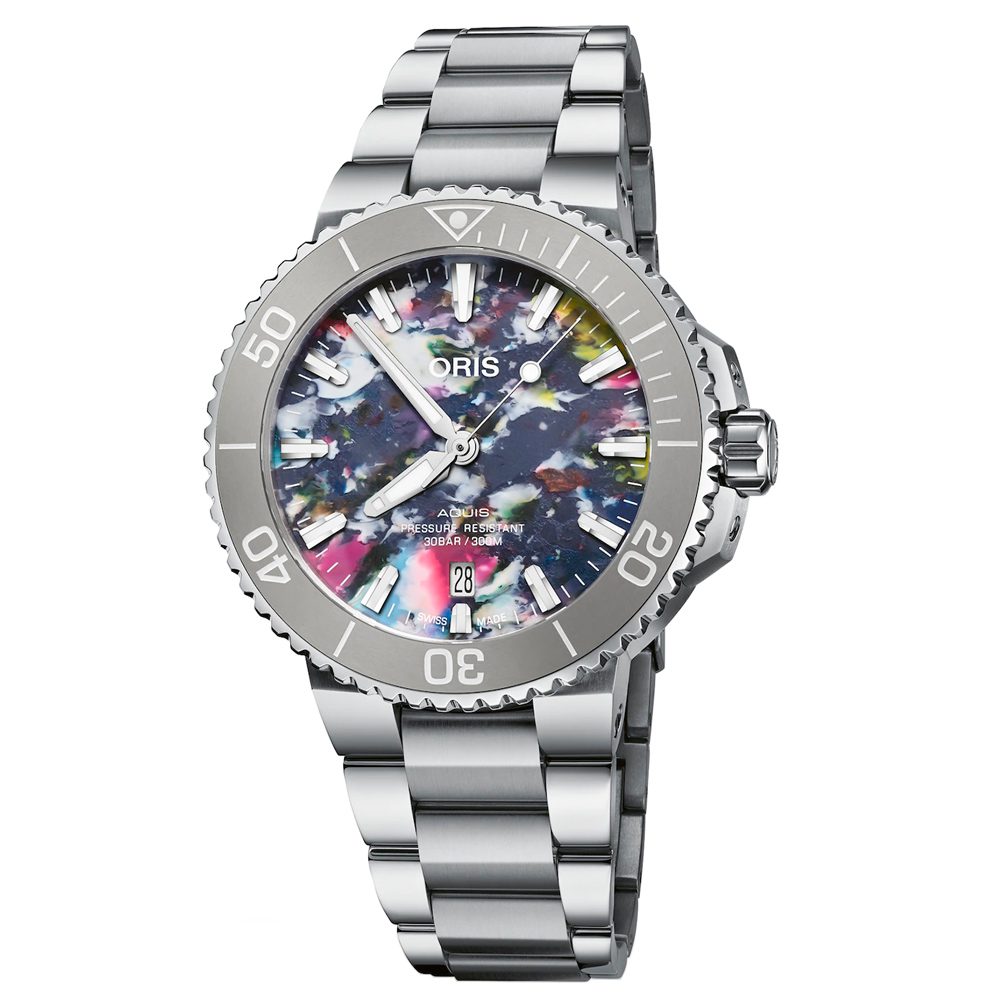 Oris has had a barn-storming 2021. It launched its retro Rectangular, gave its Big Crown Pointer Date a superb blue dial and a new movement, and also unveiled this version of its iconic Aquis Date – now with added environmental brownie points.

Partnering with #TIDE, a Swiss organisation that collects various types of plastic from our oceans and upcycles it, Oris has decided to turn its salvaged PET into these colourful dials. Because of the way the plastics are recycled, no two dials are the same. So for just under £2,000 you’re buying a unique piece. And doing your bit for the oceans at the same time. 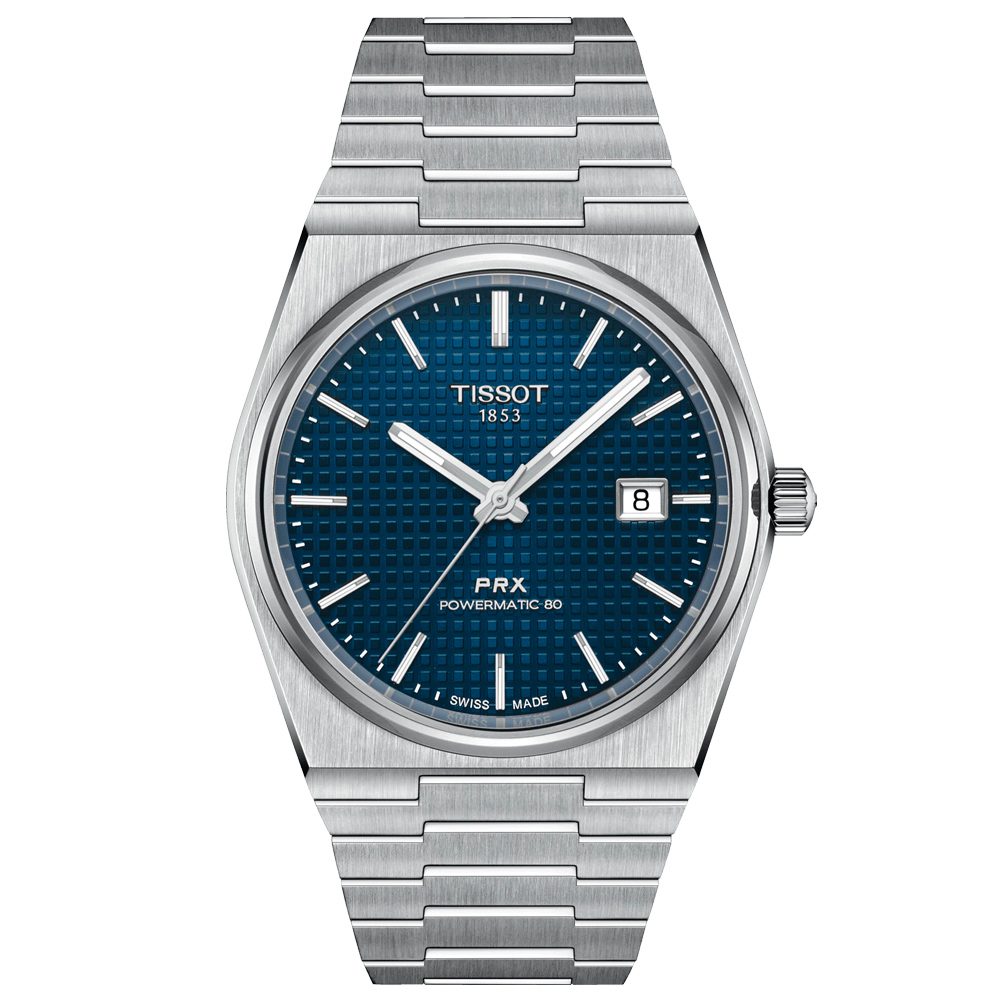 Tissot has a long-held reputation for producing quality watches at affordable prices, but this beats them all.

Let’s start with the insides: the Powermatic 80 – launched in 2013, this movement pushed the limits in terms of precision and power reserve. It runs for 80 hours and has a high-tech escapement regulated by laser and at low cost.

The outside is almost as impressive. It’s a solid slice of seventies sportiness that reads like a ‘greatest horological hits’ of the era: tapisserie dial, integrated steel bracelet, contrasting bezel and case shapes.

It’s stylish, easy-to-wear and costs less than a Tomahawk steak at Nusr-Et.