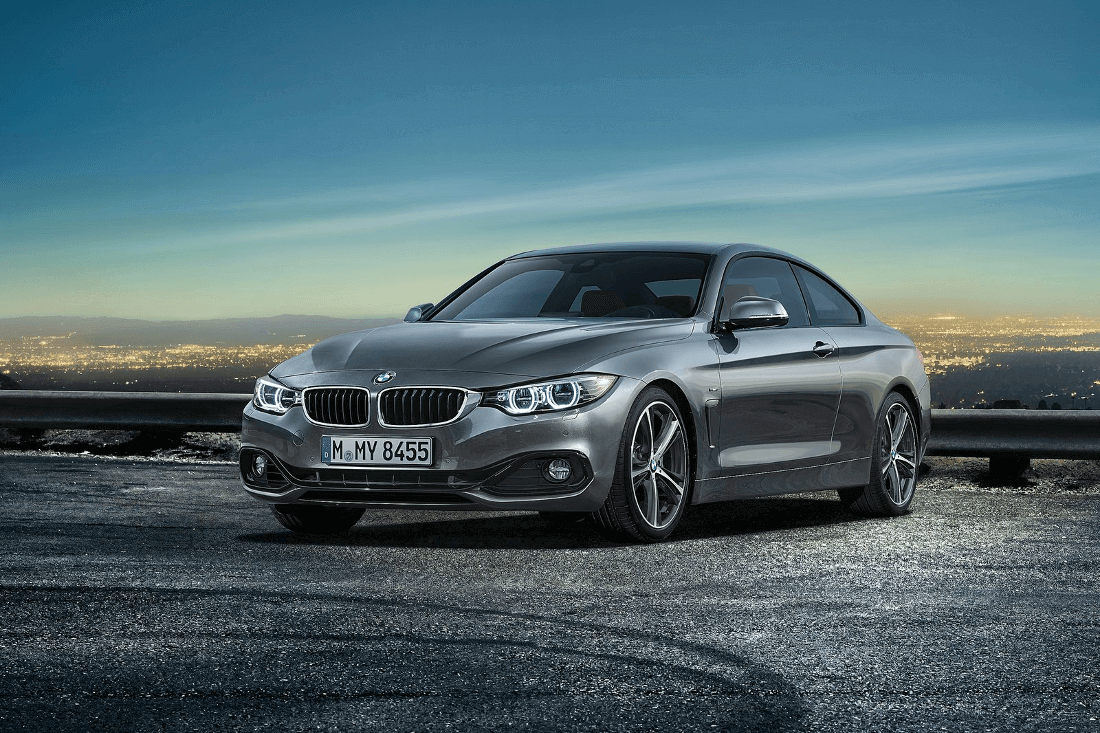 BMW 435i Sport (not available in the UK)

It seems well up to the task. On first acquaintance the 4 seems a better drive than its predecessor thanks to improved steering, more responsive suspension and a lower center of gravity. The 4 justifies the new name by moving visually away from the 3; It was always lower and squatter, but now it’s also slightly wider than a 3 Series, not just in the body panels but the track. Visual tricks add to the effect: the ‘glass house’ tapers toward the rear – it’s only a four-seater – so the rear wings look broader. The channel along the side of the body at door handle height becomes shallower as it fades into the wing, as if the wheels are bursting out through the body.

You’re making a style statement when buying a Coupé, so first impressions clearly count. Fortunately, the 4 Series hits the spot. While the relationship to the 3 Series is obvious, the bonnet is all the two cars share on the outside and the 4 Series really stands out with its swept-back lights and flowing proportions. The newcomer is longer, lower and wider than the 3 Series Coupé it replaces and the rear wheel arches are the widest point of the car. SE models come equipped with 17-inch wheels, xenon lights and black vents in the famous BMW kidney grille. Buyers can spend an extra £3,000 to upgrade to the M Sport model, which is marked out by more aggressive bumpers, side skirts and detailing.

As it sits 10mm lower than a 3 Series saloon, the 4 Series has the lowest centre of gravity of any model in the current BMW range. Add a wider rear track, plus springs and dampers that have been tuned for the Coupé, and it’s no surprise that the new car feels even more dynamic from behind the wheel than the 3 Series saloon. Sharp, fast and accurate steering is matched to a lovely rear-wheel-drive handling balance, while there’s plenty of feedback too. A little bit of body movement is noticeable, but aside from a slightly firm ride at low speeds – on account of the run-flat tyres – the BMW is smooth enough.