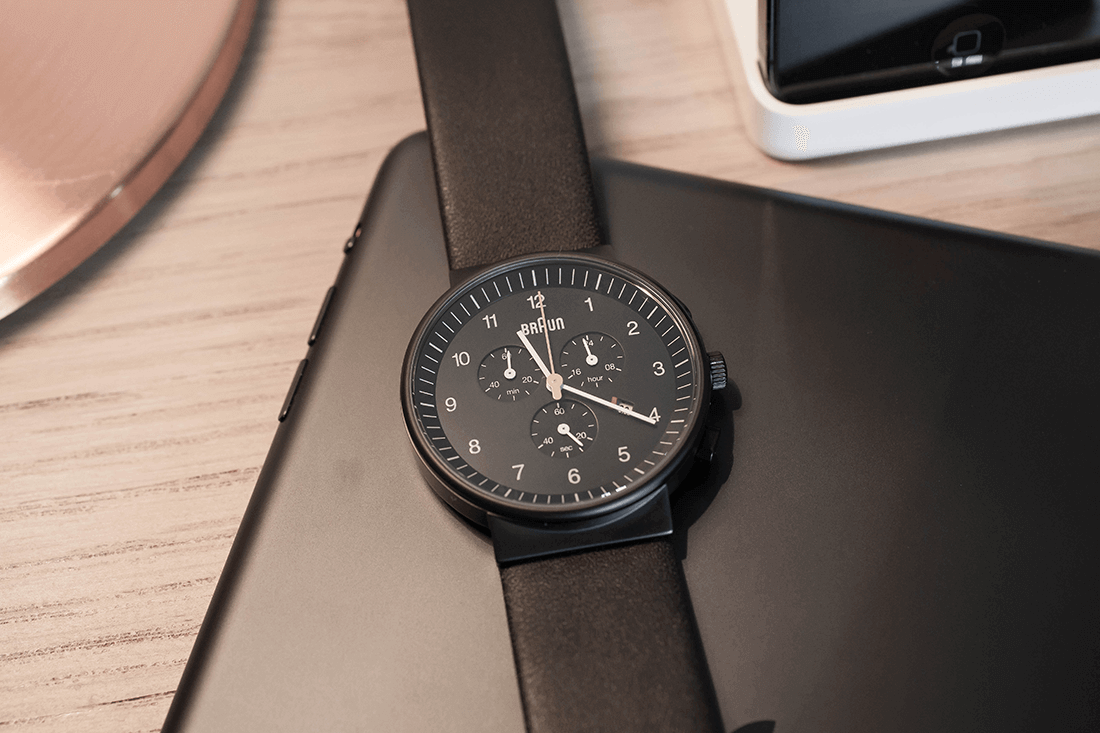 Dieter Rams, head of design at Braun Watches is one of the most influential industrial designers of the late 20th century. Mr Rams places a focus on elegant yet legible design. His philosophy of good design includes:

Braun was founded by engineer Max Braun in 1921, making radio parts, power amplifiers and radio sets. The distinctive ‘A’ in Braun arrived in 1934 and in 1950, arrived Braun’s most famous works; the electric shaver. Mr Rams was introduced in 1955, a young 23-year old with beginnings in interior design. Clocks, watches and calculators were important primarily in the 1980’s – and Mr Rams’ design influence dominated, and continues to do so, in all aspects of the companies design ethos.

We have always admired the most recently released watches, of which these Braun watches and clocks were awarded a total of four German Design Awards at the annual awards ceremony in Frankfurt on 7th February 2014. In addition Braun design in horology has claimed a bounty of famous iF and Red Dot awards.

Our pick is the classic BN0035 watch (pictured above), with: ceramic bezel measuring just 40mm x 9.3mm thick with black dial, leather strap, quartz chronograph movement and date display. It has a 30m water resistance with a scratch resistant mineral glass and comes with a 2 year warranty.

There are plenty more to watch designs to choose from, some even more simple – with options to suit any man’s wrist, be it smart or casual. Mr Rams’ certainly meets his 10 design principals above, and the one thing you can’t tell from an image – physically, the watch feels solidly built.