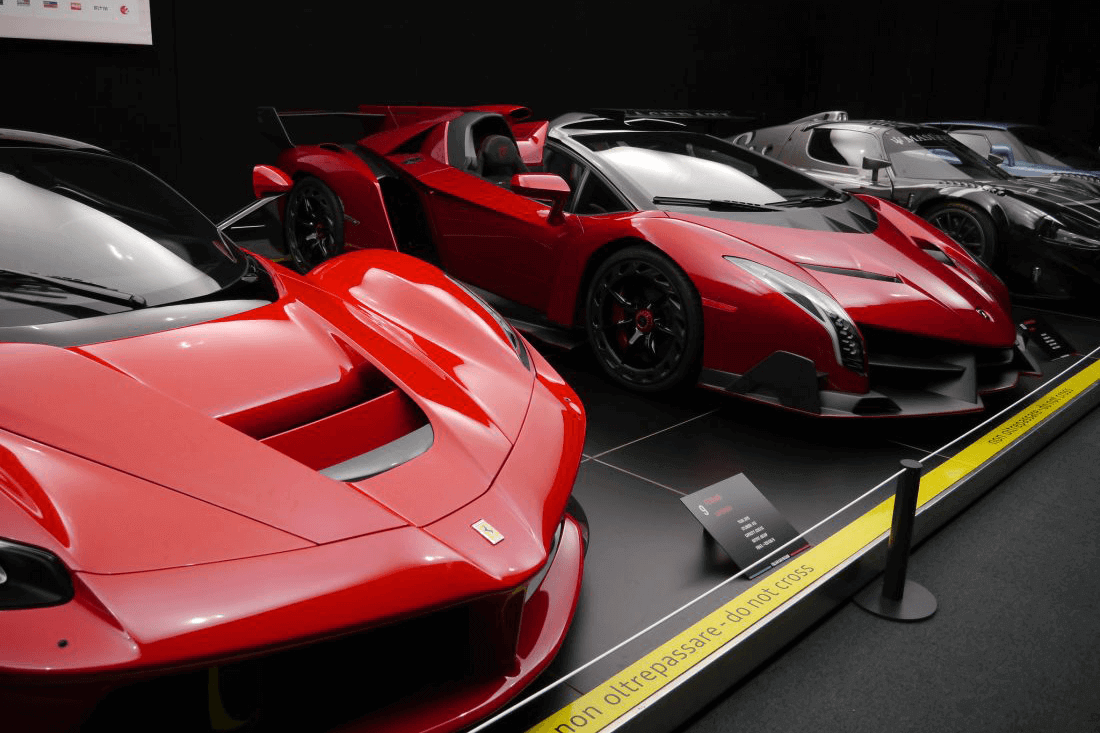 These cars may be out of the price range of anyone that isn’t an Arabian prince, a Russian Oligarch or a Silicon Valley serial entrepreneur, but there’s no doubting they’re great investments. Got a few hundred thousand spare? Well, just in case you have, this useful list of one way bets to guaranteed profit.

The Affordable One – BMW M2 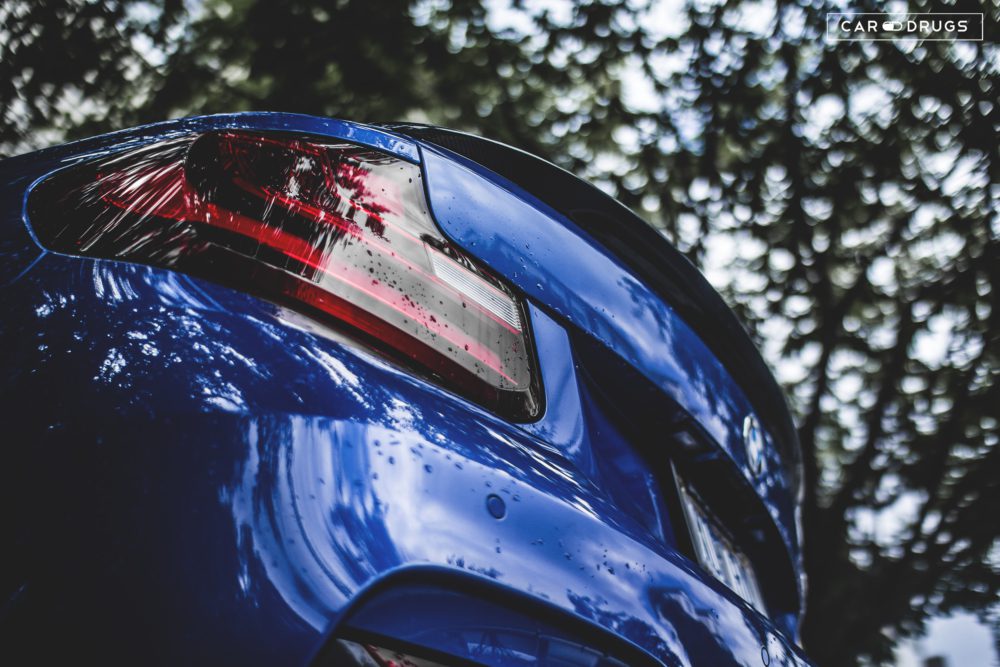 The BMW M2 is the most affordable car on the list but may also be the riskiest investment because of its comparatively high production volumes. Don’t be fooled by the fact that this one isn’t a limited edition though, this is no mainstream motor and is bound to go up in value. The car is the direct grandson of BMW M Division’s mother of all, the E30 M3. It’s small and agile, has a big engine, an incredible chassis and a rare stick shift next to the driver seat.

Where the M3 may have lost some of the original M spirit, because of its size and difficult handling, the M2 excels. BMW has really set things right and built a true BMW M that’s undoubtedly going to be a collector’s item. Indeed, the order book is already full, probably helped by the “affordable” starting price of £44,070. Aim to spec this car with all the M performance accessories such as track exhaust, carbon elements inside and outside for the ultimate M sport experience.

The figures are simple: 365hp for 1595kg and 0-62 in 4.5 seconds with the manual gearbox. These are great, but this is not where the value of this car is. The whole legacy of 40 years of the M Division work are concentrated into this tiny piece of steel (and carbon) that makes it so special to drive. The driving experience is way above all its competitors (whether it is Audi’s RS3 or Mercedes’ A45 AMG) and this is the reason why it’s only going to gain in value, not in the following years, but in 15 years or more.

You can even enjoy the “Burnout Button”, to get those tyres smoking. Definitely completely useless but also somehow incredibly vital.

This is probably the safest investment you could make. Well, if you’ve got around £150,000 in the bank. And, more importantly, a slot on the allocation list… This car is already really expensive, but its quote is going to rocket for sure. Why’s that? It’s a car that properly pushes the driving experience to its paroxysm. Here are 3 reasons for it:

This is probably one of the last naturally aspirated Porsche 911s to be released because today’s trend is all about downsizing: Engines are getting smaller and smaller and car makers have to add turbochargers to be able to maintain the same level of power. This is a travesty for any petrol-head, as a naturally aspirated engine means a deep exhaust sound and high revs that every car aficionado falls for.

Only the hardcore version of the latest 911, the “991”, is available with a manual gearbox. Car enthusiasts and collectors are going crazy about these kind of cars, fitted with a stick shift, as they’re getting rarer and rarer.

The 911R is based upon the GT3 RS. They share many of the same parts, including its 9000rpm rev engine and stunning, lightweight chassis. However, even though the GT3 RS is an automatic, it’s already seen ridiculously rapid appreciation. Because of its manual gearbox, this is sure to be even greater with the 911R.

This track-oriented 911 is a fearsome limited edition, with only 991 units to be built. Porsche’s past limited offers have already proven how sure investments they are. Indeed, previous track-oriented versions of the 911 (called GT3, GT3 RS, GT2 and GT2 RS for example) are already worth 2 or 3 times their initial selling price. This one is going to be a collector, for sure.

The Noisy One – Ferarri F12 TdF

The Ferrari F12 TdF stands for Tour de France. No, not the bicycle race, but for a famous motor race held in the 1970s that Ferrari won several times. This car is the hardcore version of the already hardcore Ferrari F12. Under the bonnet you’ll find an absolute classic, yet highly efficient Ferrari V12, delivering 770hp and sounding more like a Formula 1 car than a road car. Only 799 units will be built and the pricetag is a cool £339,000.

Why should you invest in it? Well, simply because it’s a Ferrari and it’s a special edition. And, of course, because it’s bloody awesome. Production Ferraris usually depreciate (although very slowly), whereas their limited editions just sky rocket. As an example just look at the price of the 430 Scuderia, 599 GTO, 458 Speciale and so forth. These cars saw their value multiplied by 4 for the most well conserved ones. With the F12 TdF, give it ten years and you can expect it to be worth over the million pounds…

I know some of you guys will say why not the more famous and less imaginatively named “LaFerrari”? It’s a true symbol of the prancing horse and will be even rarer, with only 500 units built. However, as the price tag is already over the million, the F12 TdF has better investment potential because of its relatively “cheaper” price.

If you’ve got the cash, bet on a quick buy just after its release and store it. You will not regret it.

The “Seatbelt Required” One – Koenigsegg One:1

Koenigsegg is a Swedish automaker who have specialised in building insane cars for almost 20 years now. It has recently been under the spotlight for one noticeable achievement: the first official “megacar” ever built. Why megacar? Well, it delivers one megawatt of power, which means a power to weight ratio of 1 to 1 (hence the name). So, what are these figures exactly? Well, 1360 horsepower for 1360kg. The effect? This weapon goes from a dead stop to 250mph in 20 seconds, pushing on to max out at 273 mph. This car is the fastest production road car ever created. But, all of this terrifying speed comes at a price. In fact, more than £2m.

This car is going to be remembered for years. Not only because of its “Veyron killer” credentials, but because it’s a proper driver’s car that can actually take on corners, not simply a dragster with huge amount of power that can only go in a straight line. Christian Von Koenigsegg is the man behind this preposterous car and is a truly passionate engineer who’s obsessed with creating perfect machines. The mechanical attention to detail in Koenigsegg cars goes far beyond the standards of almost any other car manufacturer out there.

They may only be building around 20 cars a year, sure, but ensure they pour their heart and soul into each and everyone of them. Indeed, Rolls-Royce looks like a mass manufacturer when you see the mega-exclusive production line at Koenigsegg’s Ängelholm factory. For all these reasons, and because a drive in one of these is so different from everything else, there’s no doubt the value is only going to increase. Only drawback: All the current 7 units have already been sold (4 to China, 2 to Europe and 1 to the US).

The Intense One – Pagani Zonda 760

Horacio Pagani is the creator of one of the most exclusive car makers in the world. Pagani is producing only 40 cars a year so the market will certainly not be flooded with them.

Pagani produces only 2 models, the Zonda and the Hyuara. The more recent Hyuara is probably a safe investment too, but you’ve got a few quid in the bank, the Zonda is still the one to bet on. Pagani has released a seemingly never-ending stream of Zonda editions over the years – such as the F, C12S, and Cinque –  all of them are pretty sound investments because of their rarity and amazing driving capabilities.

Indeed, under the engine bay you’ll find a ridiculous 7.3 litre V12 engine that comes directly from one of the most recognised engine crafters in the world; AMG (yes, you should be thinking of those extreme Mercedes-Benz models you may have seen on the road). This engine has been used for every Zonda and has been tuned to offer different levels of power for different models. Starting at 397hp for the first model launched in 1999 and now up to 760hp for this, the aptly named 760. Besides the engine, the 760 offers one of the most refined and original interiors ever seen – fitted with either a stick shift or an automatic dual clutch gearbox depending on the your personal requirements.

The car is made on the demand of every customer, so every single one is unique, therefore it’s always going to be a collectors item. You have to be patient however, as it takes Horacio and his team around a year to build every car. As with any Pagani, the Zonda 760 is certainly not to be driven every day and speed bumps really should be avoided as much as possible. However, if you store it and save driving it for a sunny Sunday you’re going to love it. The whole body of the car is made of carbon fiber which, whether you choose to paint it or not, is always rendered superbly.

Obviously, the Zonda’s numbers are absolutely insane : V12 – 7.3 litres, 760hp, 1210kg, 575lb ft of torque… Even though the 760 version costs £1.6 million, trust me you’ll never lose a penny if you’ve got the cash to buy one. Especially if you manage to persuade Lewis Hamilton’ to sell you his purple one, badged 760LH (can you guess what LH stands for?), you’re talking about a world champion investment.