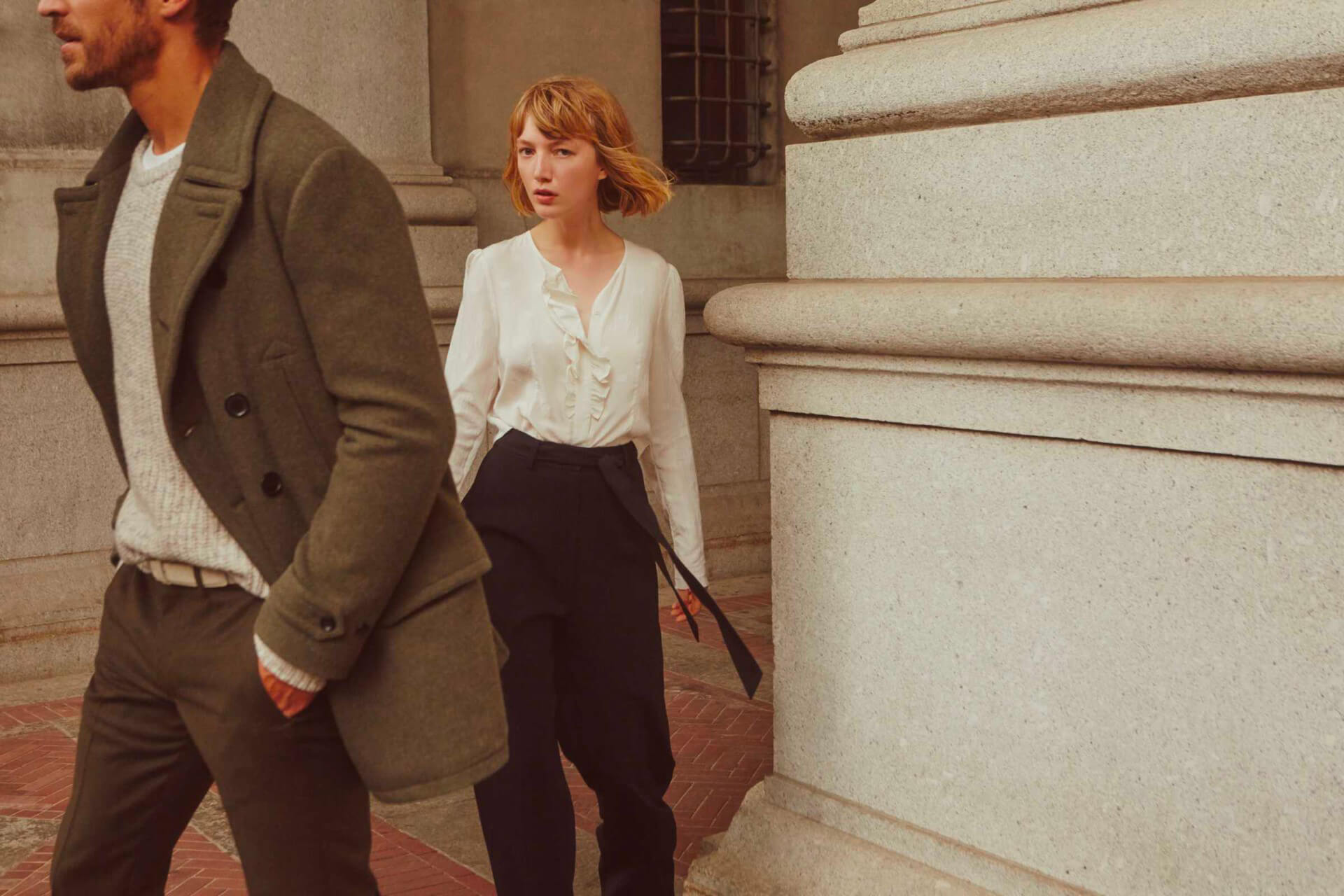 The collection has a 90’s feel to it with patterning and a play on classic men’s fabrics and more technical yarns. We see traditional railroad stripes updated in a slouchy trouser, while tailored moleskin and corduroy are also introduced.

Soft ombre plaids are paired with pleated trousers that are more generous in shape and floral patterns act as a common thread throughout the season emerging in accent pieces such as shirting, ties, and pocket squares.

This feature coincides with the announcement of Matthew Millward as the new vice president of men’s design. Millward was most recently the Senior Design Director at Nike overseeing men’s sportswear and specific projects for Nike LAB and Olympics. Prior to Nike he was Design Director for Rugby at Ralph Lauren. He also spent six years at Abercrombie & Fitch. A graduated from the Royal College of Art in London, Millward also holds a BA from University of Northumbria, Newcastle-Upon-Tyne. Well qualified springs to mind.

In conclusion- a fine collection from Club Monaco for AW16- basics, at a reasonable price point and some seriously well put together outfits for these cooler months.