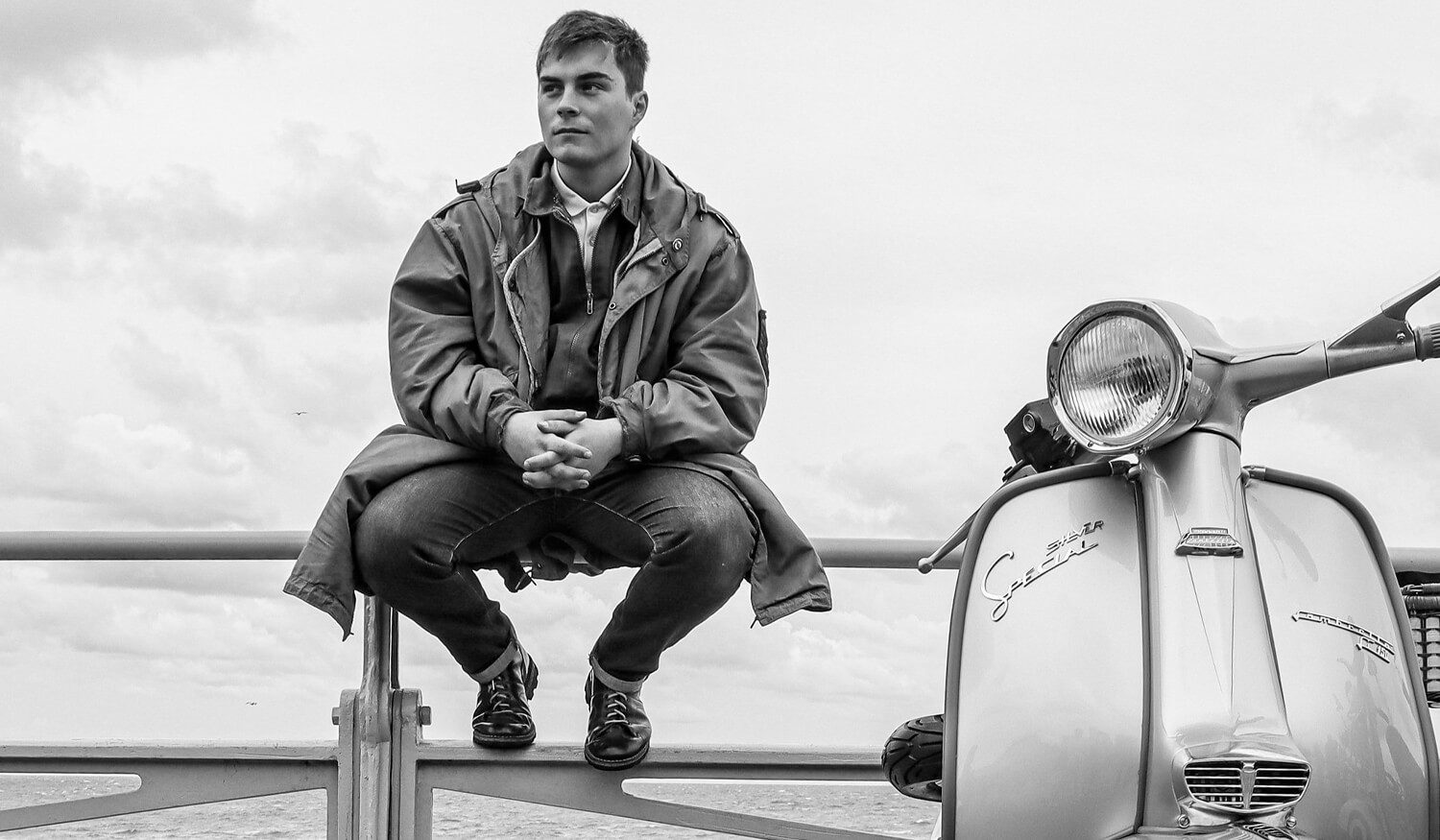 Some 60 years ago the headlines were outraged with their takes of groups of youths clashing on the beaches of Clacton, Brighton and Margate. Two sides were throwing the deck-chairs – Rockers, all studs, leather jackets and Brylcreem; and Mods, all parkas, gingham and loafers – divided by their adherence to a look and a lifestyle. They were style tribes, at war.

Indeed, they were just two tribes that, since the invention of the teenager, have helped to define menswear over the last half century; these grass roots, urban cultures that have become a constant source of inspiration for designers ever since.

You’ll know some of them: Rude Boys and Casuals, Skinheads and Punks, New Romantics, Ravers, Skaters and Indie Kids. And, outside of the UK, everything from Preppy to Hippy, Cholo to EMO, among others. These were groups defined by a certain way of dressing but also, typically, underscored by a specific taste in music, and even in drugs. A style tribe may always have been a minority pursuit, but it always had its own viewpoint. Each group shared cultural as much as sartorial codes, properly known only to insiders. Which is one reason why the establishment reacted so vehemently in the 1960s, because in being exclusionary style tribes also embodied a threat to those on the outside. These tribes gave their members a sense of identity and of belonging. These tribes were original enough, bold enough and just about big enough – yet niche enough not to be considered mainstream fashion – to help shape their eras. All of which explains why, say, ‘hipster’ is not a style tribe. A shared love of lumberjack shirts and complicated facial hair does not a style tribe make.

And yet style tribes, it would seem, are things of the past. Where are all the new style tribes of the last quarter century? They don’t exist. We live in times in which the formation of new style tribes has become next to impossible. This perhaps explains why we keep harping back to the ones that went before, rather than the ones that should be defining the times now. Why so? If video killed the radio star, it’s the internet that killed the style tribe. The 1970s saw the emergence of the punk rock movement

This is not easy to appreciate for anyone who hasn’t known the world without the internet. But, put simply, thanks to the internet, the churn of ideas, and the speed with which those spread – and become co-opted by fashion brands – makes the establishment of a style tribe a seriously tall order. Style tribes need time to bed in – those cited above didn’t just explode, but seeded and grew over the best part of a decade – and the internet’s info torrent does not allow that: the new is old almost instantaneously.

Add in the speed of clothing manufacture now too – from idea to rails around the world in a matter of weeks; modified, codified and marketed to the masses in moments – and that makes for a technological double whammy that likely puts paid to style tribalism.

Of course, it can be argued that the way the internet connects people around the world actually allows for the easier formation of tribes. And certainly people with all sorts of left-field interests can find their kind online in a way that wouldn’t have been feasible 25 years ago. But the results are too fragmentary to be called tribes. In order to carry any weight in the wider culture, a tribe need to be recognised as such – both to the people in them, who are thus defined in contrast to everything that isn’t part of their tribe, but also to those around them. This is why there is this reflex back to the clear-cut, understandable style tribes of old. Why the looks of punks and mods, for example, still resonate among people too young to have any connection to their origins. Why, rather than create a new tribe, it’s easier to embrace one that, no matter how historic it has become, still has some cultural capital. Ironically, it’s the internet that, in part, makes this possible – affording both access to the what you might call the founding tenets of these tribes, but also to the vintage clothing, or their reproductions, that make the looks.

The line between fancy dress and tribal dress may, consequently, be a thin one, but it’s there, even if to onlookers it can all too easily appear to have that plastic sheen of irony. One doesn’t really become a mod, one just references mod in an arch, knowing, ersatz way. One is mod-ish. It’s just one of any number of retro aesthetic choices available, long since disassociated from their original intent, event or zeitgeist. Style tribalism has gone post-modern. Will any new style tribes come to the fore, and what would they look like?

Yet the lack of new style tribes can’t all be blamed on the internet. Political tribalism may be on the rise, but in almost all other ways those culturally sticky things that used to unite us – chart music, advertising, films and TV programmes – are dissipating. More typically than not, there’s just too much of everything, from everywhere, for there to be enough overlap in the culture we consume to unite us, however superficially. Rather, a globalised society is ever more atomised.

Indeed, that’s only encouraged a shift towards the celebration of individualism (or, at least, an imagined individualism) which, it might be said, is no bad thing given that for much of history, mainstream society was so straight-laced that conformity was hard to avoid.

Put this in the context of fashion: are there really dominant, seasonal trends anymore either? Designers and the media may try to argue that there are, but the reality is that trends change week to week and are often so fleeting, or so localised, that they amount to everything being ‘fashionable’ all the time. Once it was belonging to a style tribe that allowed someone to break away from the mainstream – you were the only goth in the village, as it were. These days we all belong to a style tribe of one. Is there such a thing as seasonal fashion trends anymore?

That’s if we can be considered stylish at all, of course. It’s tempting, if a little cynical, to look around and conclude that there’s an over-arching move away from the idea of dressing up. Not necessarily in the sense of dressing with formality, or with some increasingly dated ideas of smartness – just with a special, even rebellious attention to a specific look, as style tribes necessitated.

Perhaps the effort required in maintaining such a look, and the dedication to a singular look it entails too, no long suits a time in which most dress is low maintenance and the fun diversity of the sartorial chameleon is appreciated. Now we’re more likely to find some kind of style tribe in our professions: you dress like you work, like a graphic designer, or an IT worker, or a middle manager.

In other words, while a few style tribes have lasted – Heavy Rock goes on with no sign of a hair cut or a taking on a bracing dash of colour for a change, with EMO and Goth still pulling new devotees – maybe new style tribes are just no longer wanted. Everything is too complex, too fluid – in ways both good and bad – to make a style tribe work for anyone. Scenes, such as they are, are pseudo, tried on, used to make some kind of statement, then tossed aside like a cheap T-shirt. But that, it must be said, feels like a loss to style at large.