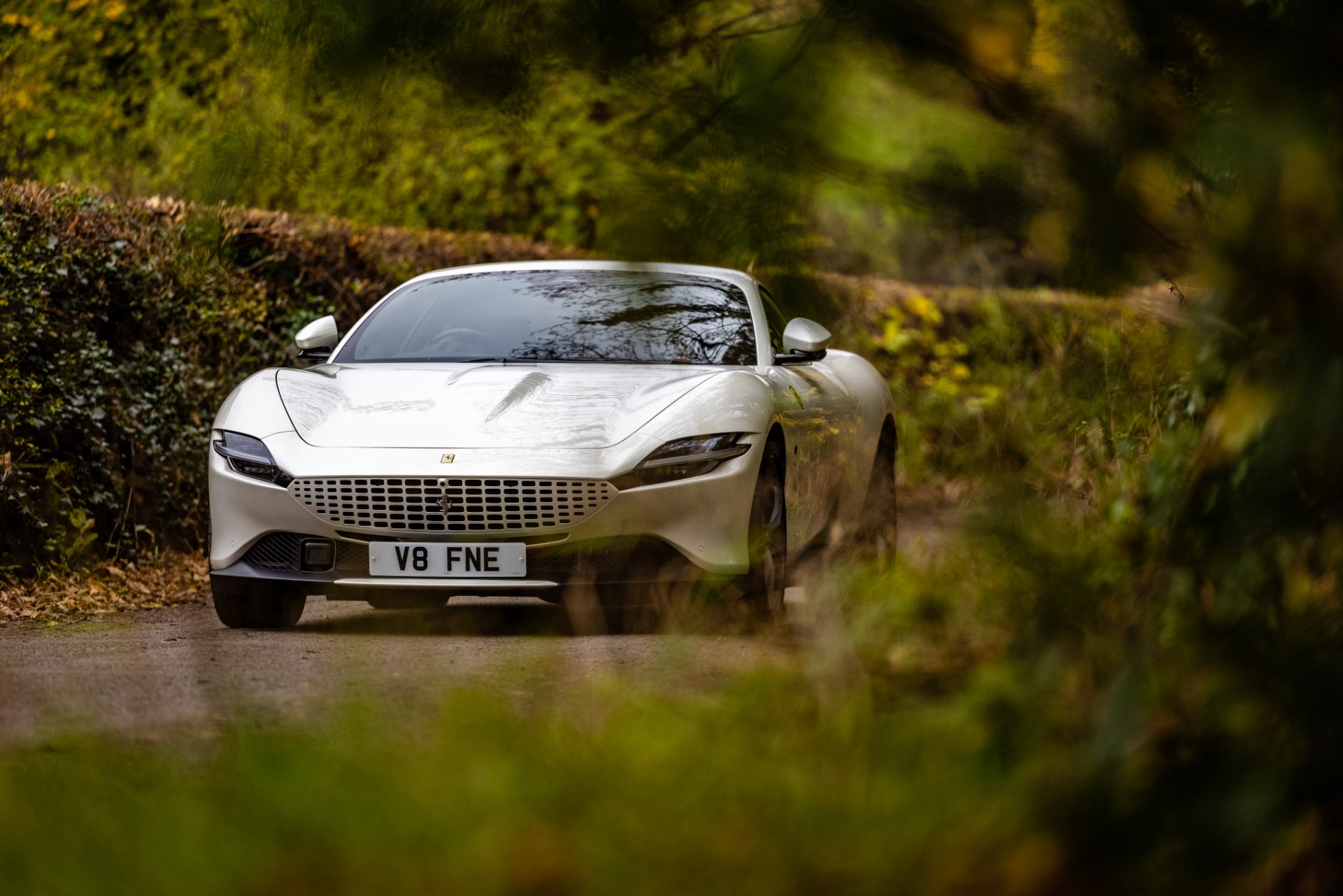 This is the new Ferrari Roma, the iconic Italian supercar brand’s V8-powered GT that started a revolution in the range. We say revolution not because a V8-powered 2+2 coupe is in any way ground breaking, but because it represented the first model in a whole new era of Ferrari models by both technical layout and design, firmly taking the brand into the digital era.

Mechanically, the Roma is fairly simple by modern GT standards. The chassis is made from a cocktail of aluminium and high strength steels, which support a two-plus-two cabin ahead of which sits Ferrari’s award-winning 3.9-litre V8 engine. The engine is a similar unit to the one used in its mid-engined models – including the 488 Pista Spider that one Charles Leclerc is known for driving around his home city of Monte Carlo – but here utilises a more laid back tune to suit its grand touring credentials. 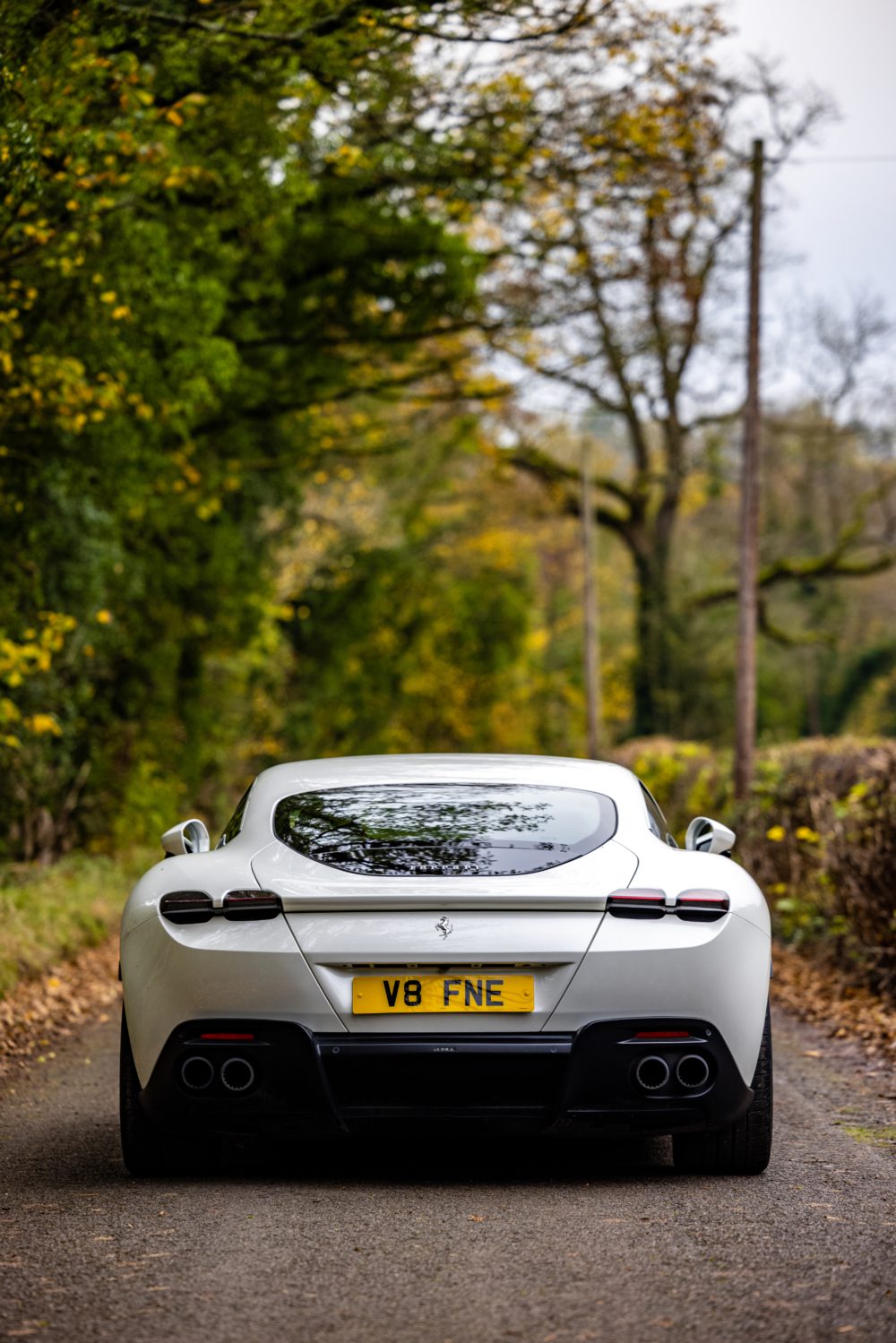 Peak power is rated at 620hp – an impressive number in isolation of course, but one that’s even more substantial when you consider it’s backed up with a peak torque figure of 760nm. It’s this figure that makes cars ‘feel’ fast, rather than just seem fast. While the engine is a relic of a previous era – it does without any hybrid elements – the turbocharged unit is still cutting edge in absolute engineering terms, and helps get the Roma to 62mph in just 3.4 seconds. This incredible acceleration figure is helped along by a dual-clutch gearbox and an incredibly sophisticated electronically-controlled limited-slip differential – all critical hardware elements besides the engine help lift Ferraris over and above many of their rivals. 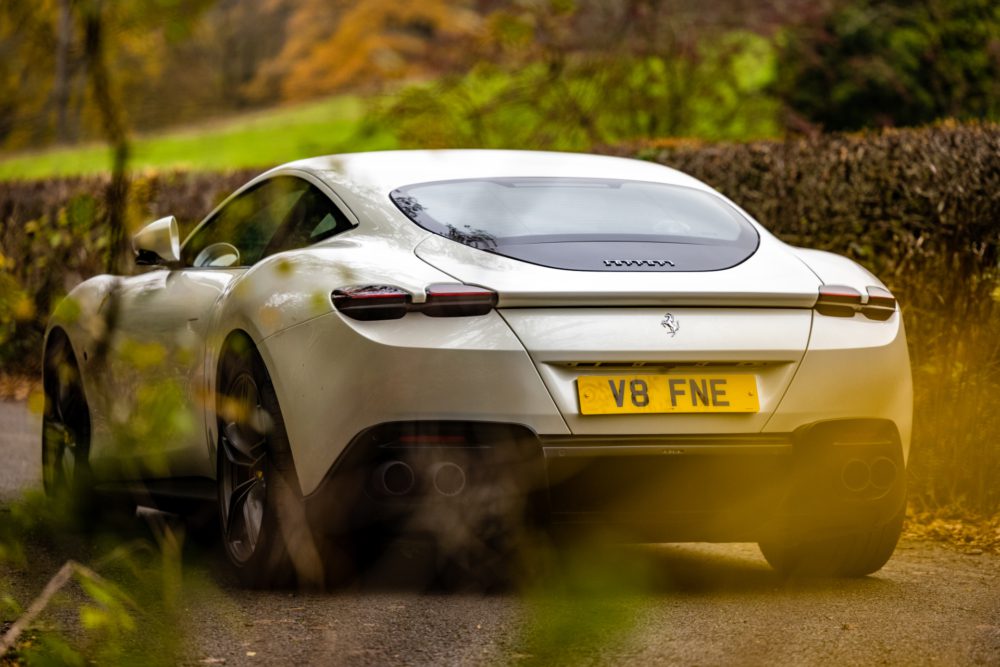 Yet a GT isn’t just about going fast, but doing it in comfort and style. The all-new cabin takes care of the former, focusing on luxury and design rather than outright sporty driving. Many of the traditional buttons and switches have been replaced in favour of slick new touch-sensitive controls and touchscreen interfaces. The iconic central rev-counter in the driver display is still there, but it’s now digital, and able to be swapped for a full-width map or more race car-like view making critical information more visible. The tablet-like touchscreen is also new, and sits in a new symmetrical dash design covered in leather and metal detailing. 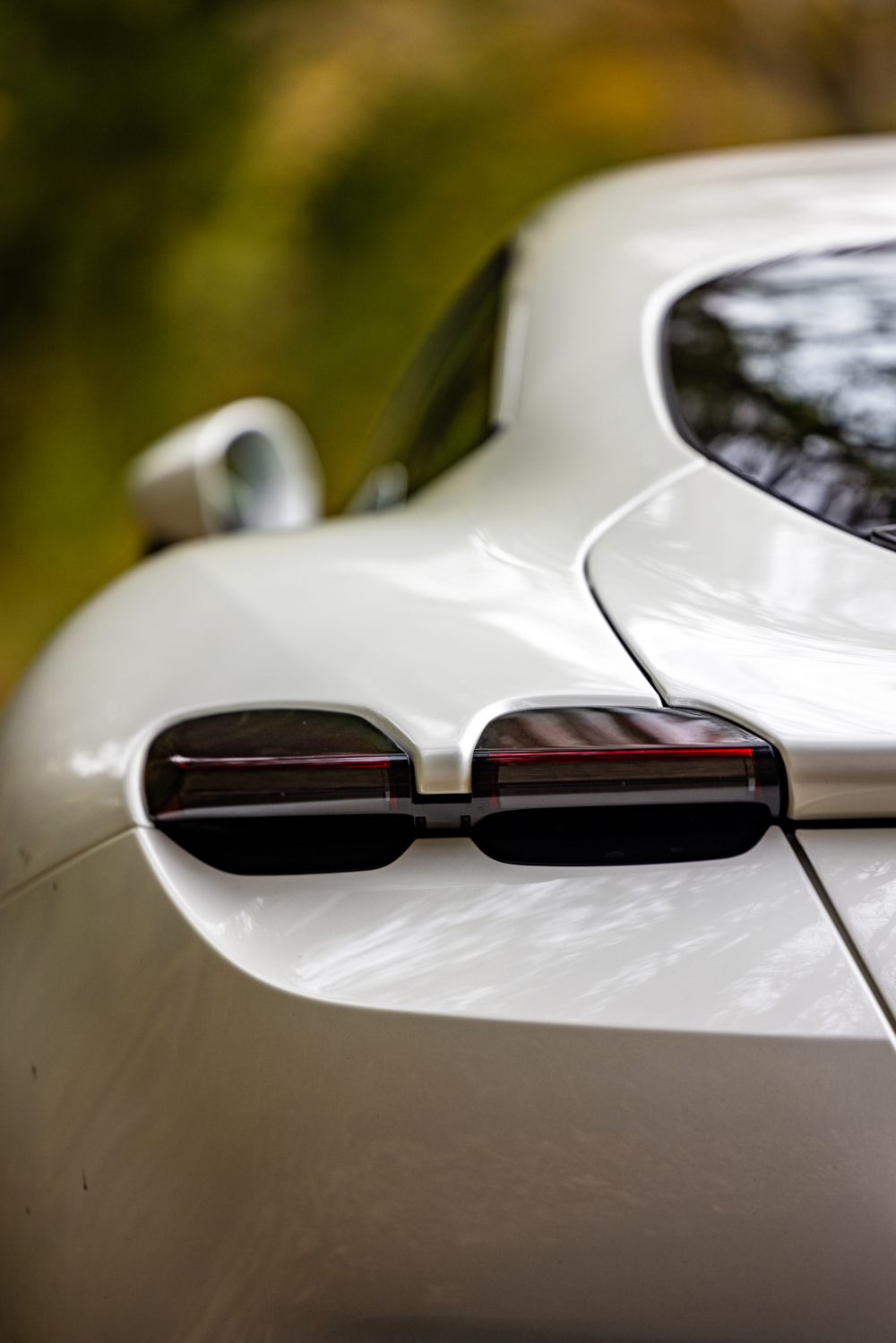 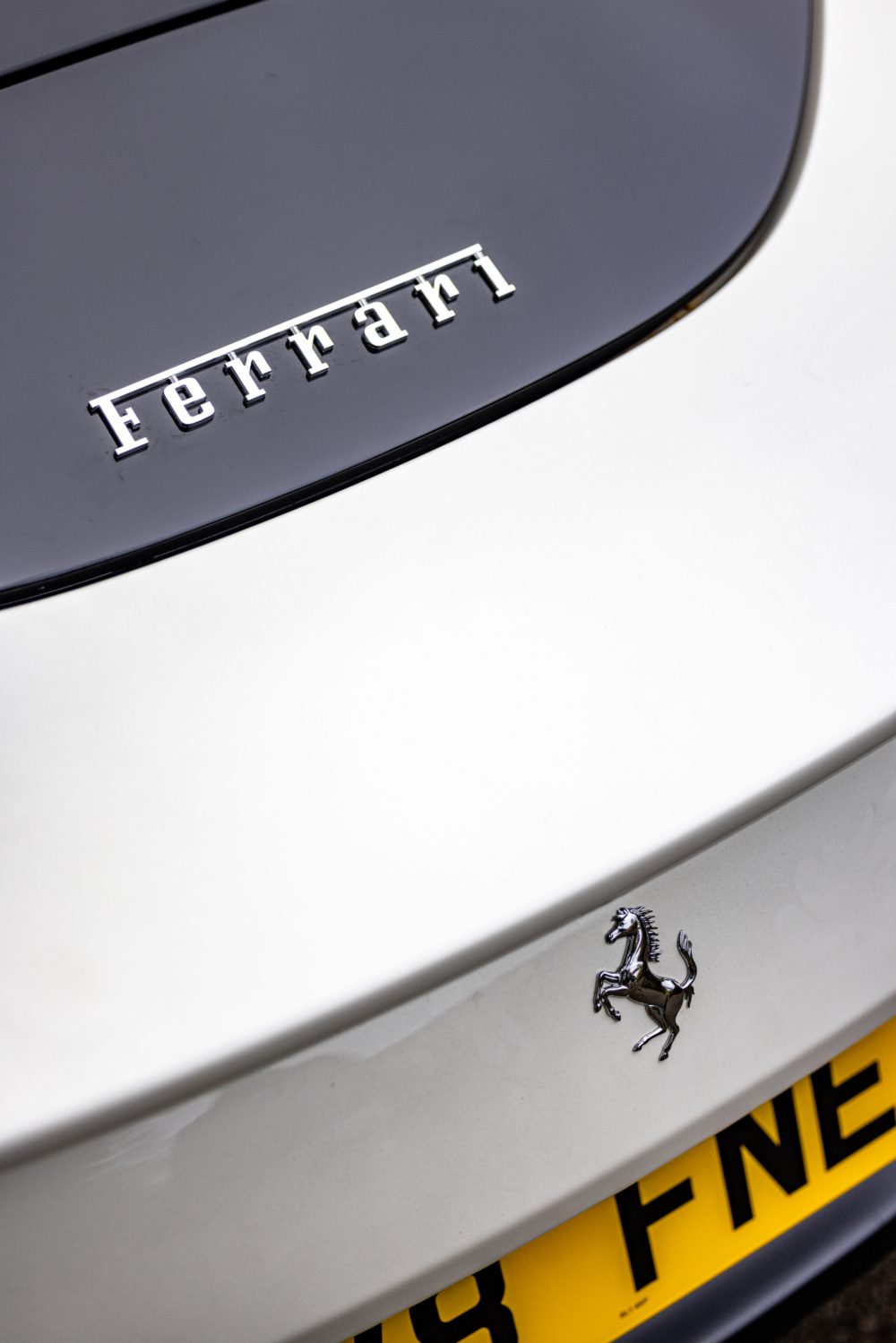 But what really marks out the Roma is its svelte extrerior design. Penned by Ferrari’s in-house studio lead by Flavio Manzoni, the two-plus-two GT inherently gives designers a sophisticated set of packaging for designers to work with, but its a theme the team at Ferrari capitalised on with the Roma’s distinctive design. Flowing bodywork, largely devoid of obvious lines and creases, defines the shape just as Ferrari’s GT models did in the 1960s and ‘70s. The thin LED lighting both front and rear are subtle, and obvious technical elements like the front intakes or rear diffuser sit in black or carbonfibre surrounds, leaving the coloured bodywork to remain as unadorned as possible. One exception to this is the front grille, which is finished in the corresponding body colour with a geode pattern that gives the whole design a contemporary edge. 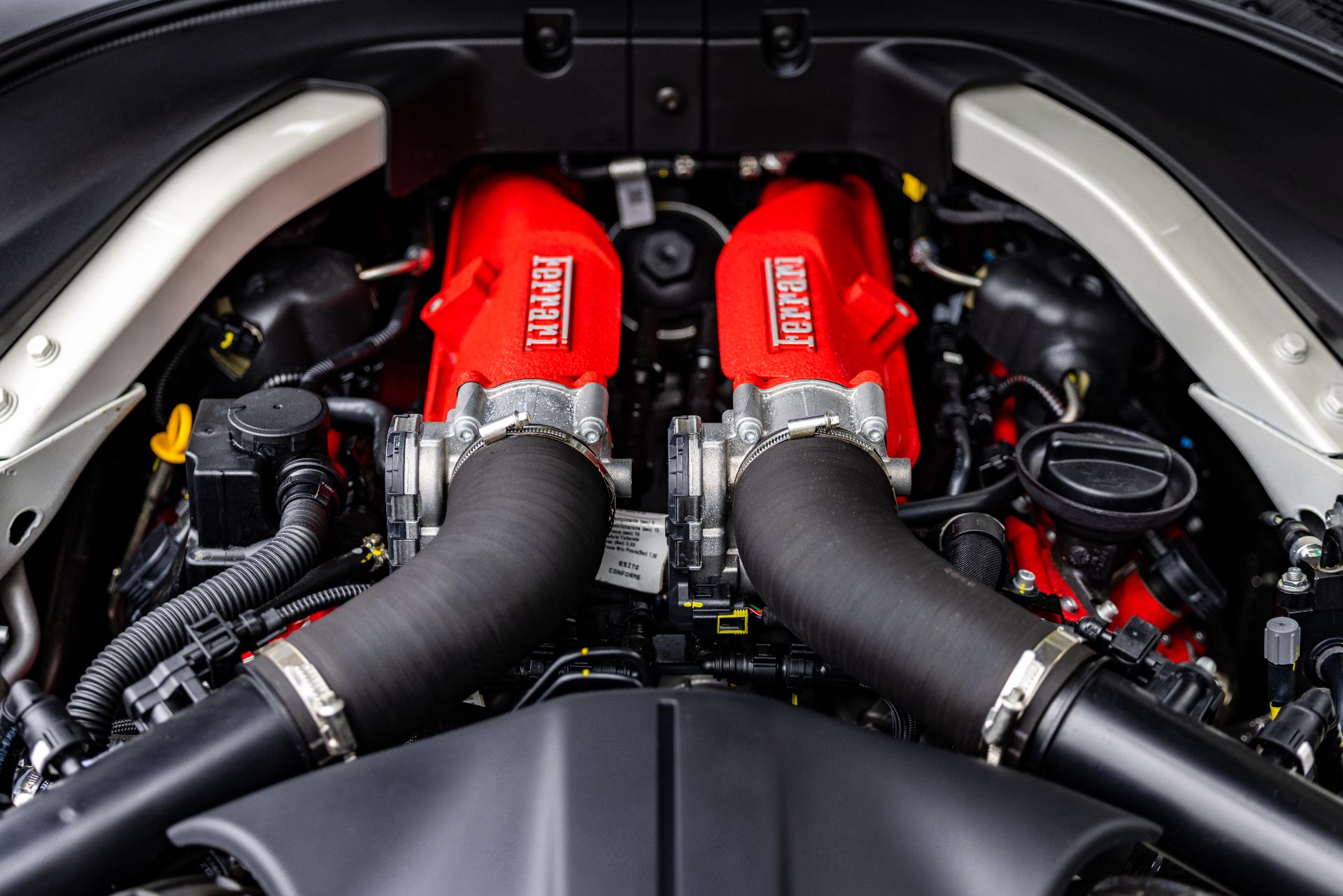 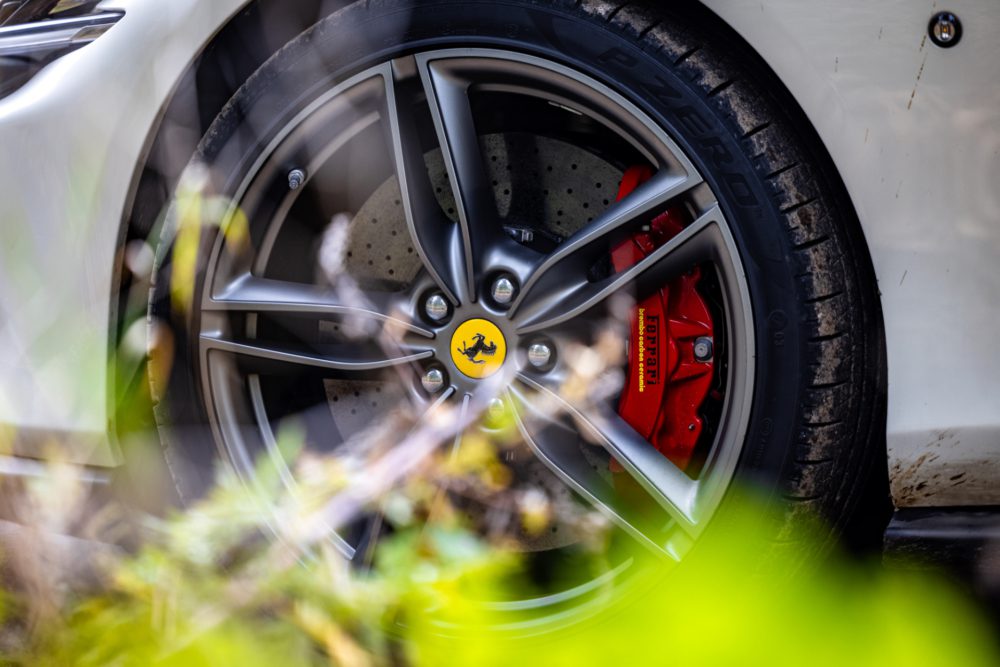 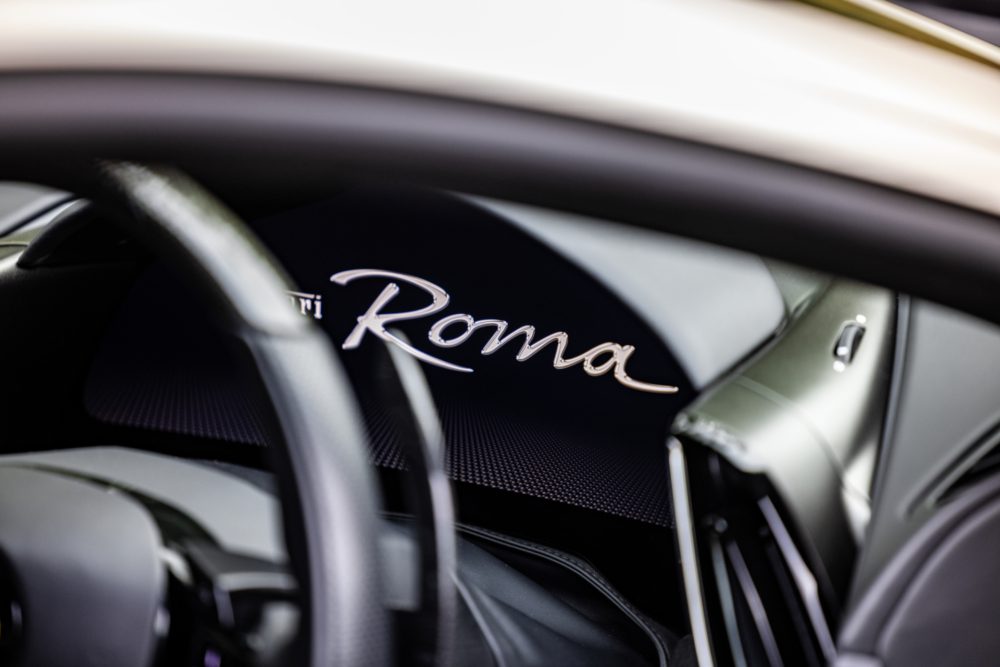 Of course the Roma isn’t cheap, but then its up against some of the most expensive and glamorous series-production cars on sale right now including the Bentley Continental GT, Aston Martin DBS and Maserati GranTurismo. True high-end sophistication might look to be focused on the latest SUVs, but it only really comes with two-doors and a long bonnet. The Ferrari Roma channels all of that elegance and sophistication – and then some.