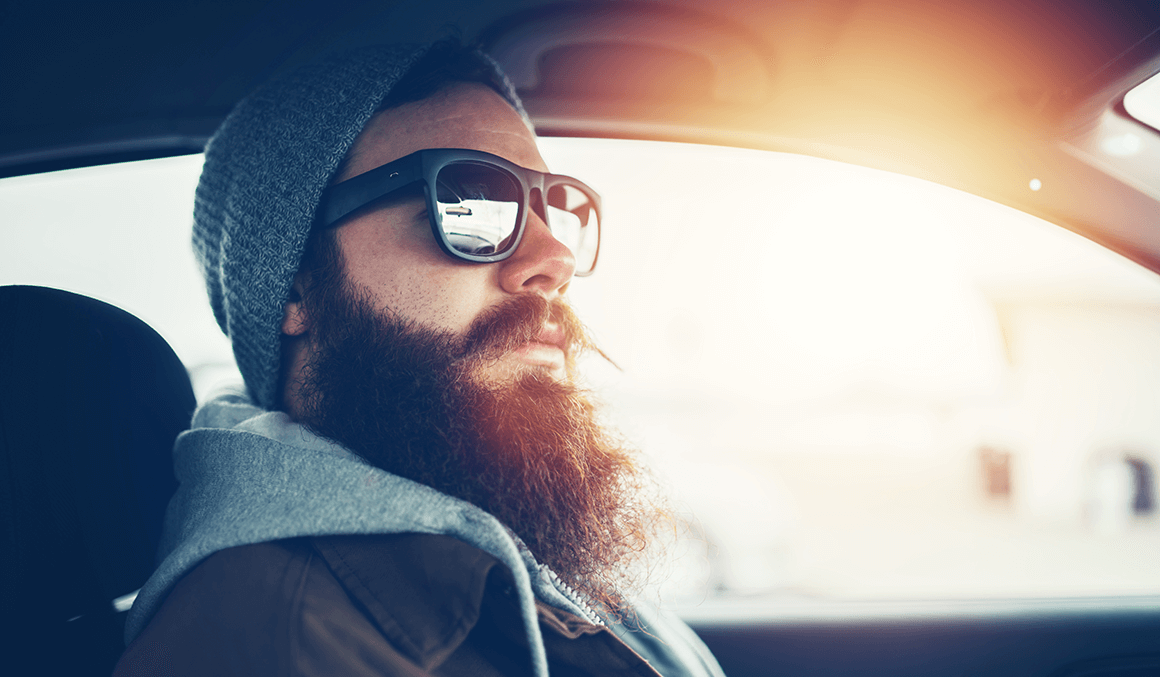 Growing a beard is a lot like having children: despite all the TLC you lavish on it you never quite know how it’ll turn out until it’s fully grown. It might be neat and presentable or maddeningly unruly. In a way though, that’s part of the fun and the good news is that, unlike having children, if you’re not keen on the outcome you can just start from scratch and try another beard style until you hit on something you’re 100 per cent happy with.

There are certainly many advantages to growing some facial hair. Not only does it offer you a cheap and effective way of instantly changing your look (there’s a reason the first thing men on the run do is grow a beard), it can hide a multitude of sins (and chins); can give you the appearance of a larger, more “classically masculine” jaw; and can also make guys with baby faces look older in an instant. Then of course there’s the biggest benefit of all – not having to shave. 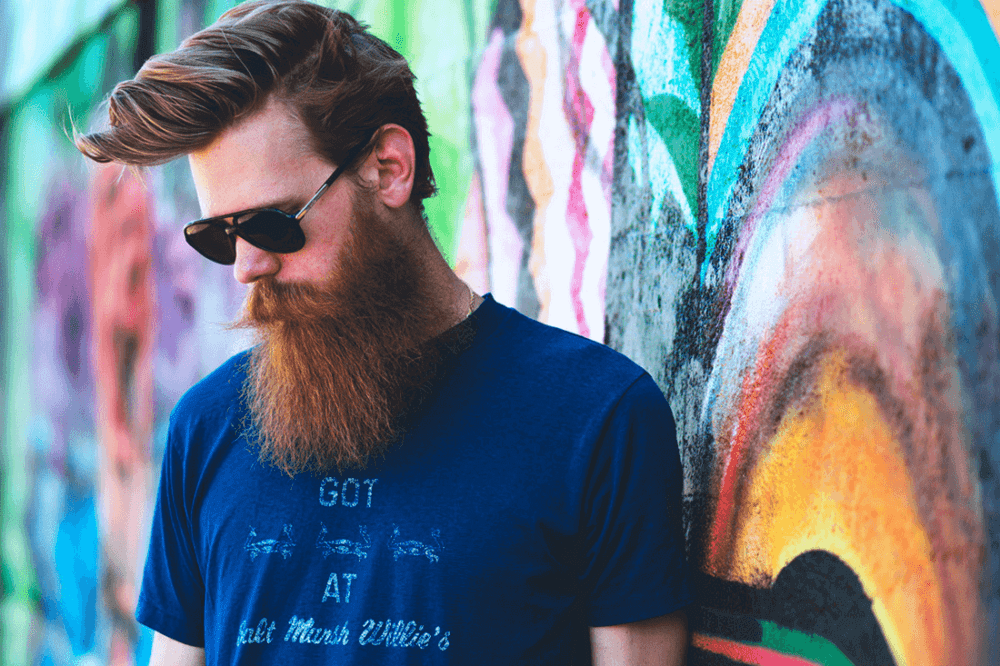 That’s not to say growing a beard isn’t necessarily less time consuming or less expensive than wielding a razor to your face: factor in a decent beard trimmer, aftershave balm, specialist oils and cleansers to keep it fresh and glossy and the occasional visit to a barber and the yearly costs might actually even up. What’s not in doubt, though, is that growing a beard is much more fun than shaving – even when you take into account the initial itchy stage.

So, whether you’re flirting with facial hair for the first time or have had a few previous attempts and want a smoother – and more successful – ride this time, here’s a four-step plan that’ll make beard growing a breeze.

In the same way you need to see a few basic plans before considering a house extension, it’s worth spending some time thinking about what kind of facial hair you’re after and how it might look before you start growing it. Everything from face shape to beard density and the nature of your job need to be taken into consideration before you down blades and get growing.

Dense, thick, dark and even beard growth enables you to experiment with pretty much any style, but patchy coverage or light and fluffy peach-fuzz will limit your options slightly and might mean opting for a goatee rather than a full-on naval number.

Like with your choice of hairstyle, you’ll need to consider your face shape too. Long, narrow faces tend to suit round beards; round faces can be elongated with a longer beard that’s kept slightly shorter at the sides; square faces suit slightly rounded beards, which help soften the face; while oval faces pretty much suit everything. 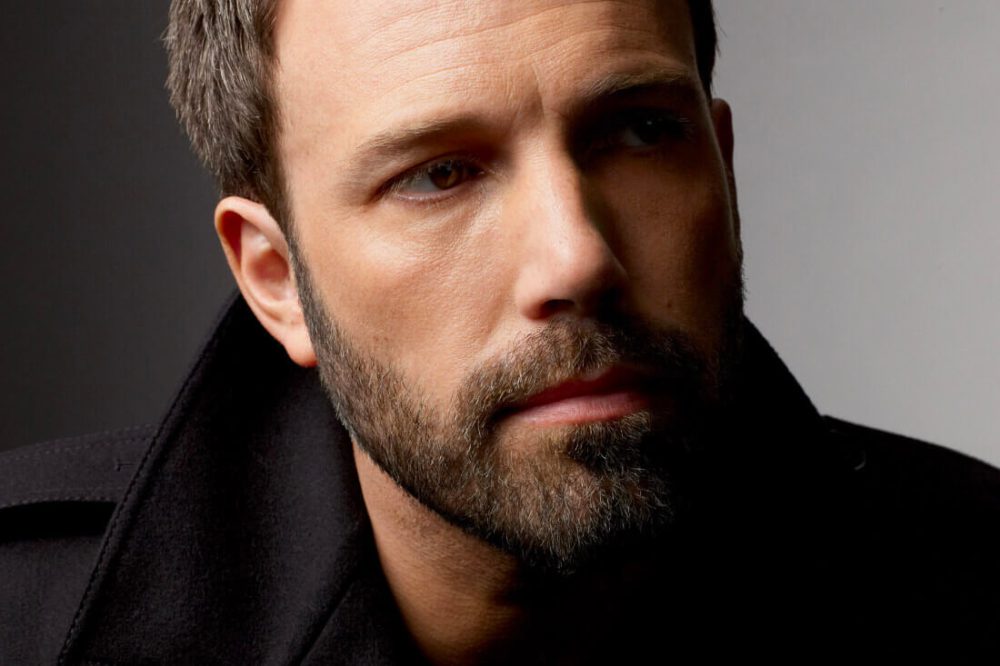 If you want a rough handle on how you might look with different styles it’s worth trying an app like Beard Booth (which allows you plonk different beard styles over an image of your face) or photo editor app Manly, which features a handy facial hair tool that allows you to experiment with numerous facial hair styles). Bear in mind, though, that you might need to modify your beard goal as growth progresses, depending on the density of the hair and how evenly it emerges.

The next thing you might want to think about is timing. Growing a beard is simple enough: you just need to stop shaving and let it grow, but be aware that once it grows beyond designer stubble it tends to enter a teenage phase when it looks both scruffy and unruly. This is why many men with jobs that demand good male grooming – particularly customer-facing roles – often wait until they’re on holiday to sprout the face fungus.

In the initial stages you should simply let nature take its course and see what hair sprouts – and where. Ideally, you should avoid shaving entirely for the first four to six weeks before thinking about any kind of shaping. This will give you a good idea of what you have to play with and whether you have a realistic shot at the style you want. 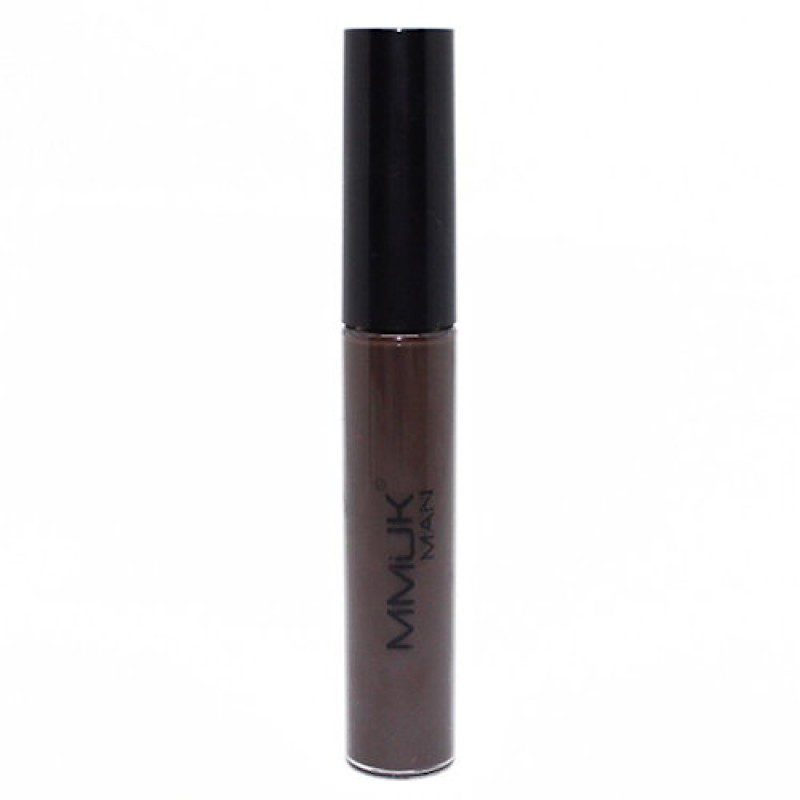 If you’re worried about weird-looking uneven patches in the early stages you could always disguise them a little with the help of Blackbeard For Men’s temporary brush on colour or MMUK Man’s Beard Mascara – cosmetic products that are becoming increasingly popular with guys wishing to cheat their way to a better-looking beard. 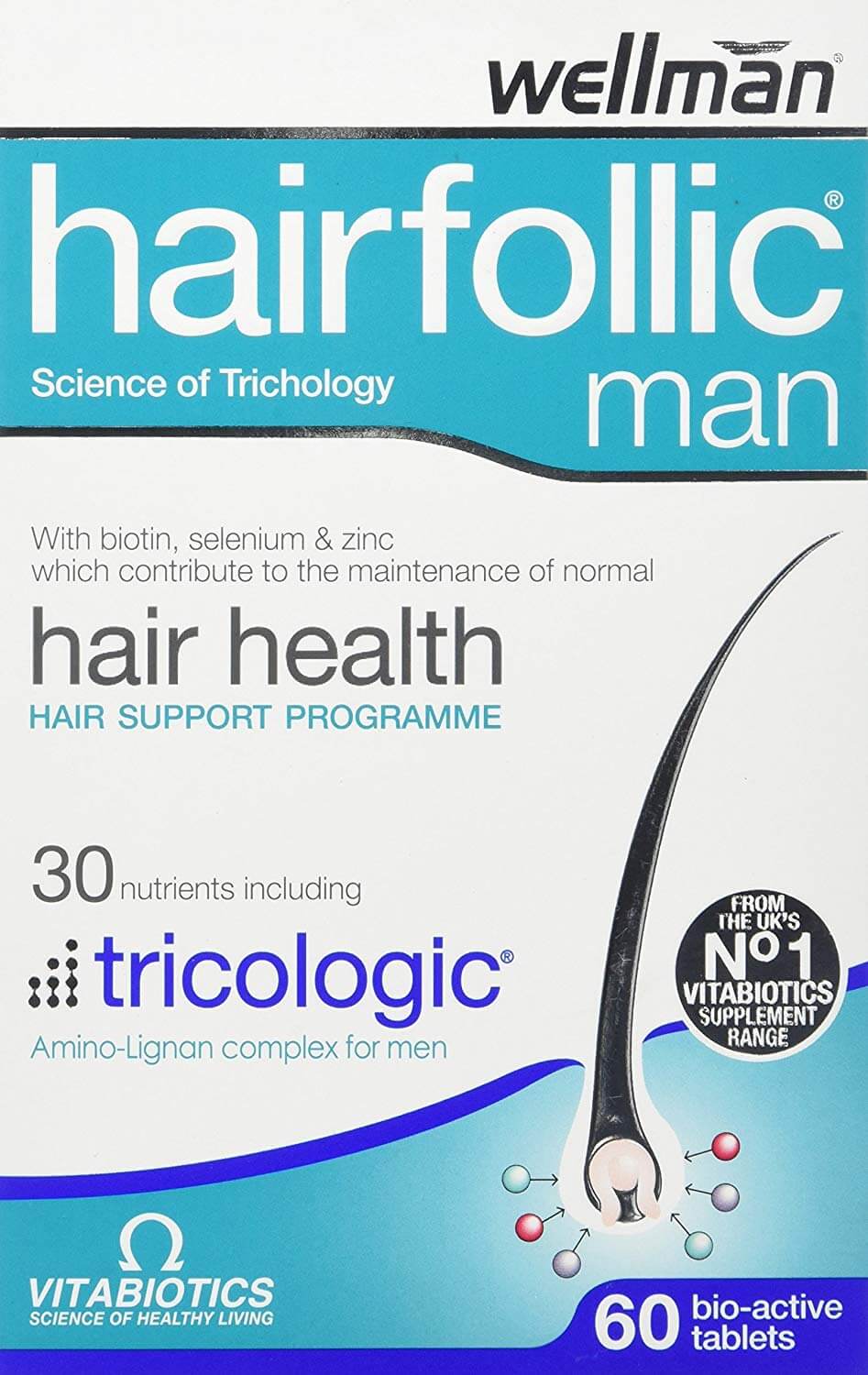 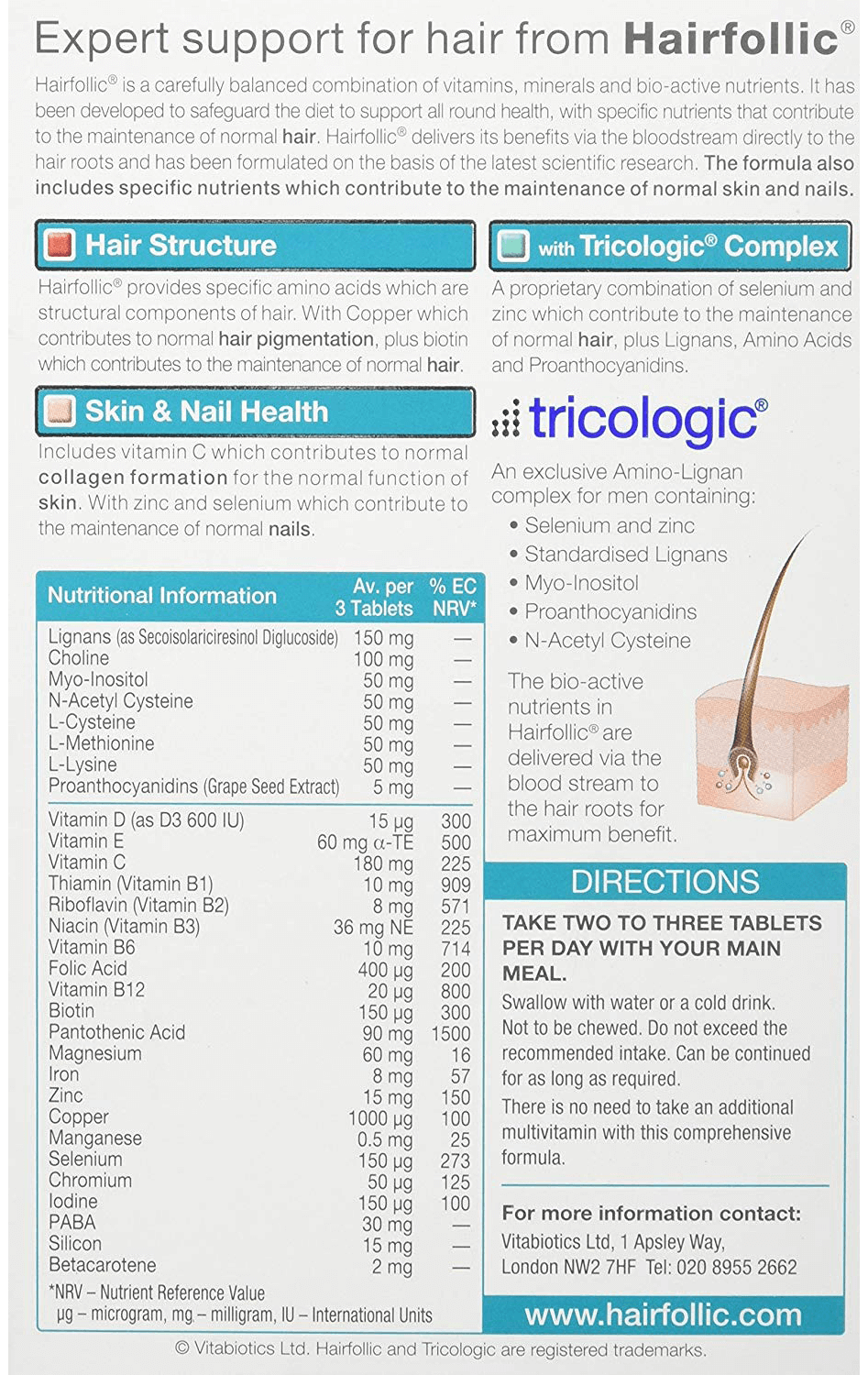 You might also want to support initial beard growth with a supplement. Healthy hear, whether it’s on your head or chin, relies on adequate nutrition. So if you want to give your beard the best start in life, think about supplementing your daily diet with a product like Wellman’s Hairfollic Man, which contains micro-nutrients selenium and zinc for strong, healthy hair growth. 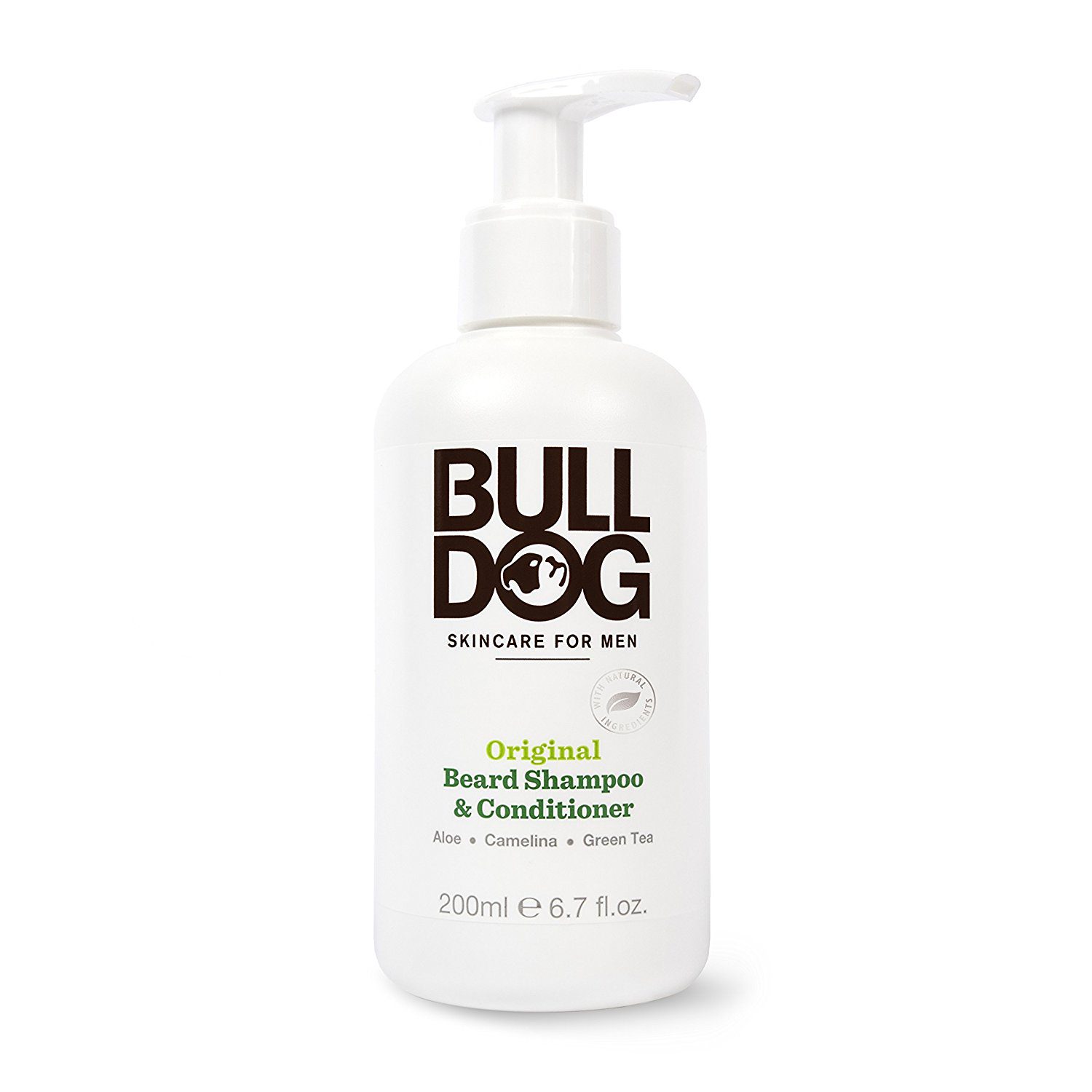 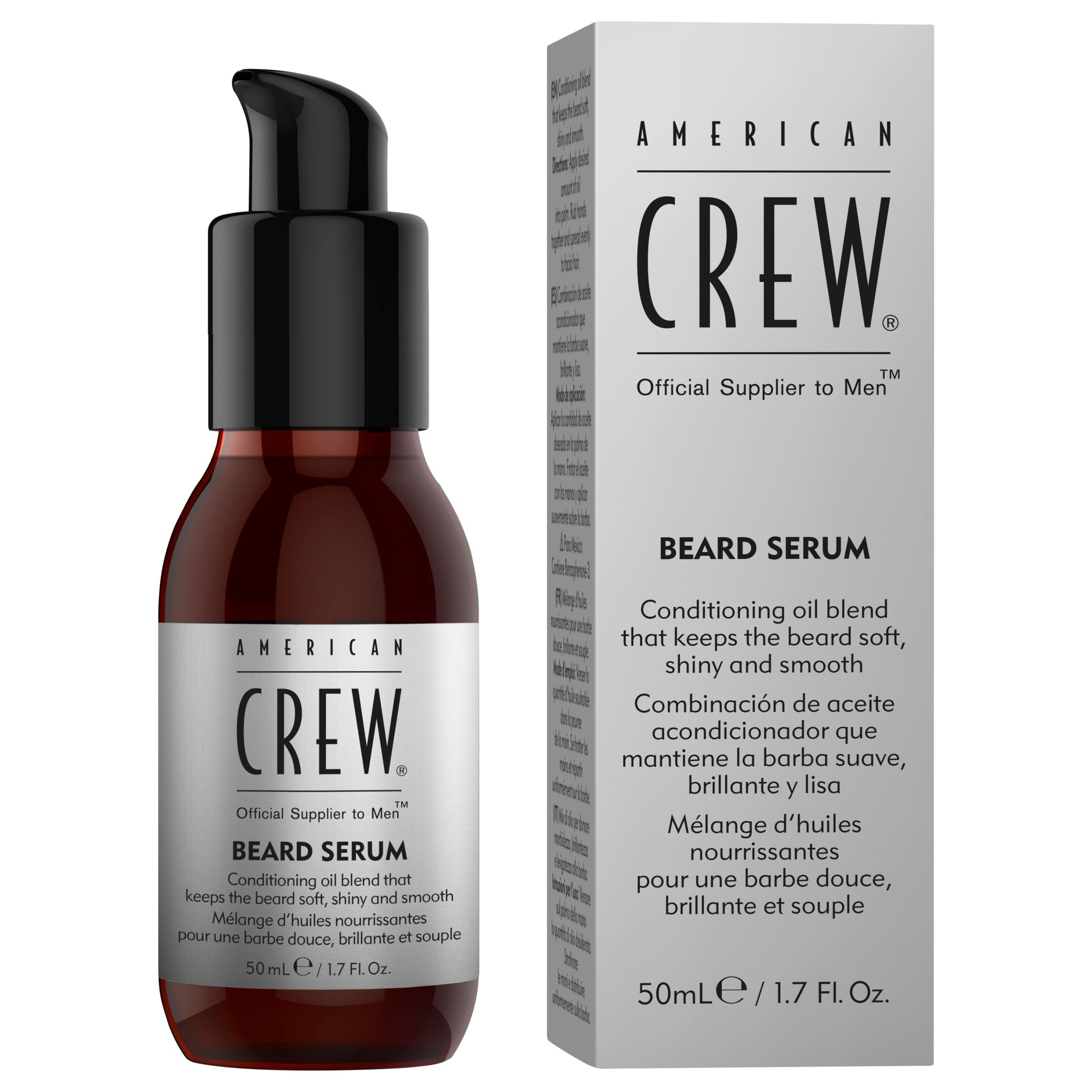 One of the things that often makes men bail from growing a beard is the itch that accompanies the initial stages of growth. If you’ve been clean-shaven for a while it’s only natural that your skin will take time to adjust to its new overcoat. The itching will subside once the hair gets longer but to minimise irritation, condition the beard twice daily with a product like Bulldog’s Beard Shampoo & Conditioner (just make sure you rinse thoroughly afterwards as residues themselves can cause irritation) and apply a nourishing beard oil like American Crew’s Beard Serum or Schwarzkopf’s Phenomenal Beard Oil afterwards, taking time to massage in with your fingertips so that every hair is coated.

It’s also important to keep the skin beneath hydrated to minimise the risk of beard dandruff, so make sure that any conditioning beard products you use reach the surface of the skin too.

In the early stages you need to head off any ingrown hairs before they become a – quite literal – pain I the neck. Caused when a hair curls back on itself and pierces the skin, ingrown hairs lead to unsightly bumps and can become painful and infected if left untreated. They’re especially common in guys with wavy or Afro-Caribbean hair but anyone can suffer from them and they’re especially common around the neck area. 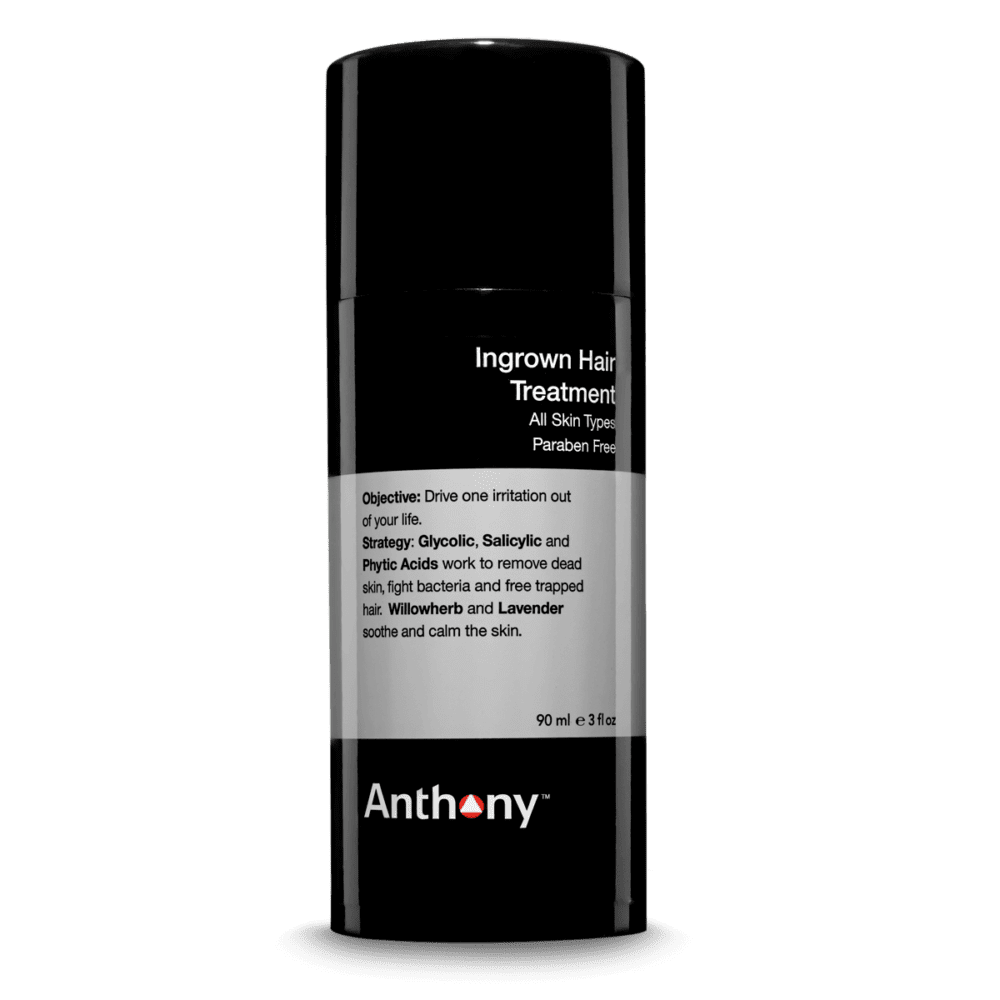 If you’re observant enough to spot a hair just as it begins to in-grow you can often gently unhook it using tweezers, but by far the best option is to prevent the blighters before they begin to in-grow. You can minimise the risk by exfoliating skin every other day with a decent face scrub until the hairs are a centimetre or so in length, and by applying a specialist solution for ingrown hairs like Anthony Ingrown Hair Treatment.

Using a beard brush on your growth will also help as the tips of the bristles tend to exfoliate skin as they pass over it. In this initial stage your beard’s best friend isn’t oil, serum or balm however – it’s patience.

Once you get to a stage where you’d like to give your burgeoning beard a little shape, it’s worth seeing a barber for a professional beard trim. As well as helping you select the best style for your face shape your barber will be able to give you a guide outline you can follow at home using your own beard trimmer. Avoid having it shaped too early though – you need to give your beard time to bed in before selecting a style. It’s like baking pie – you’re always better working with a little too much pastry than too little. 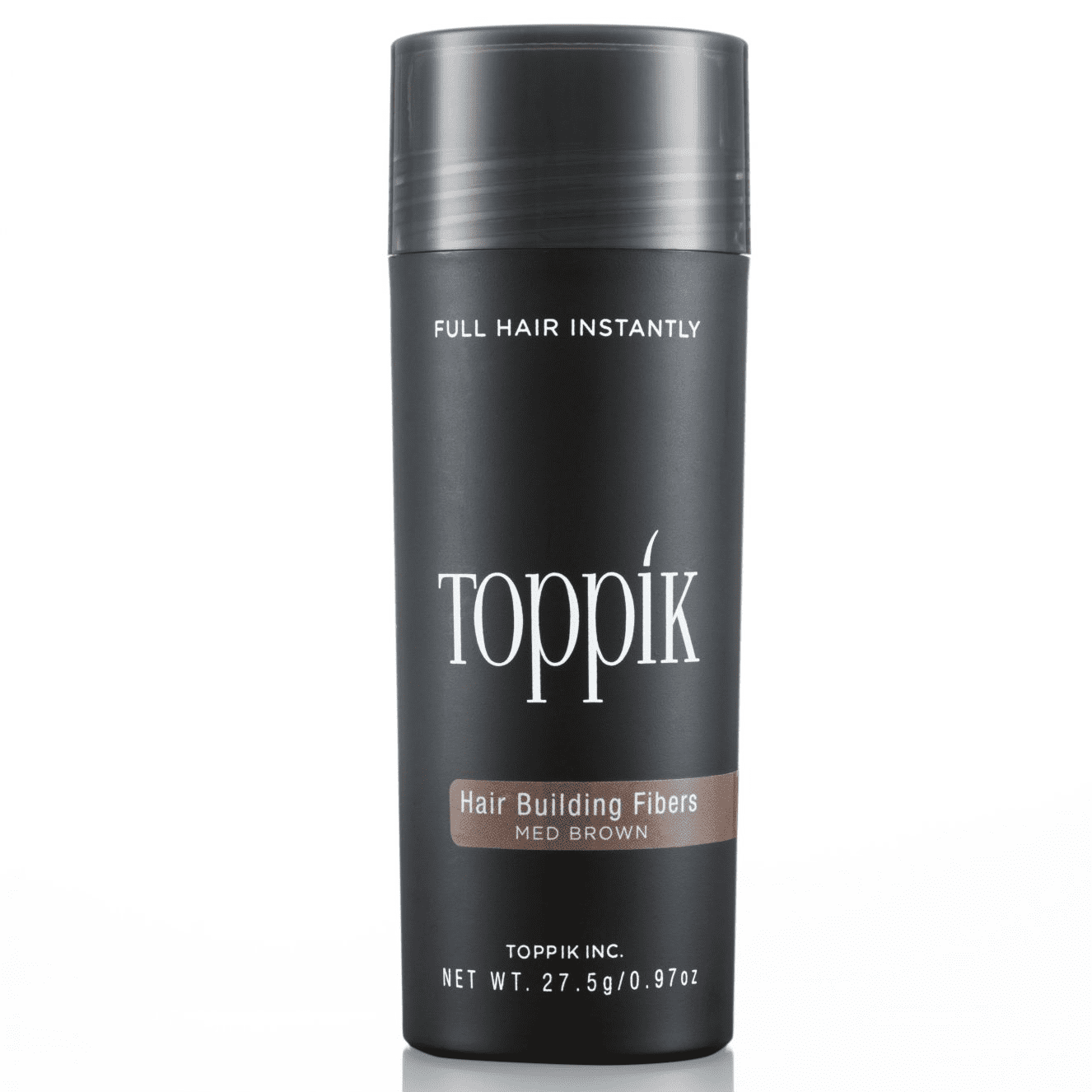 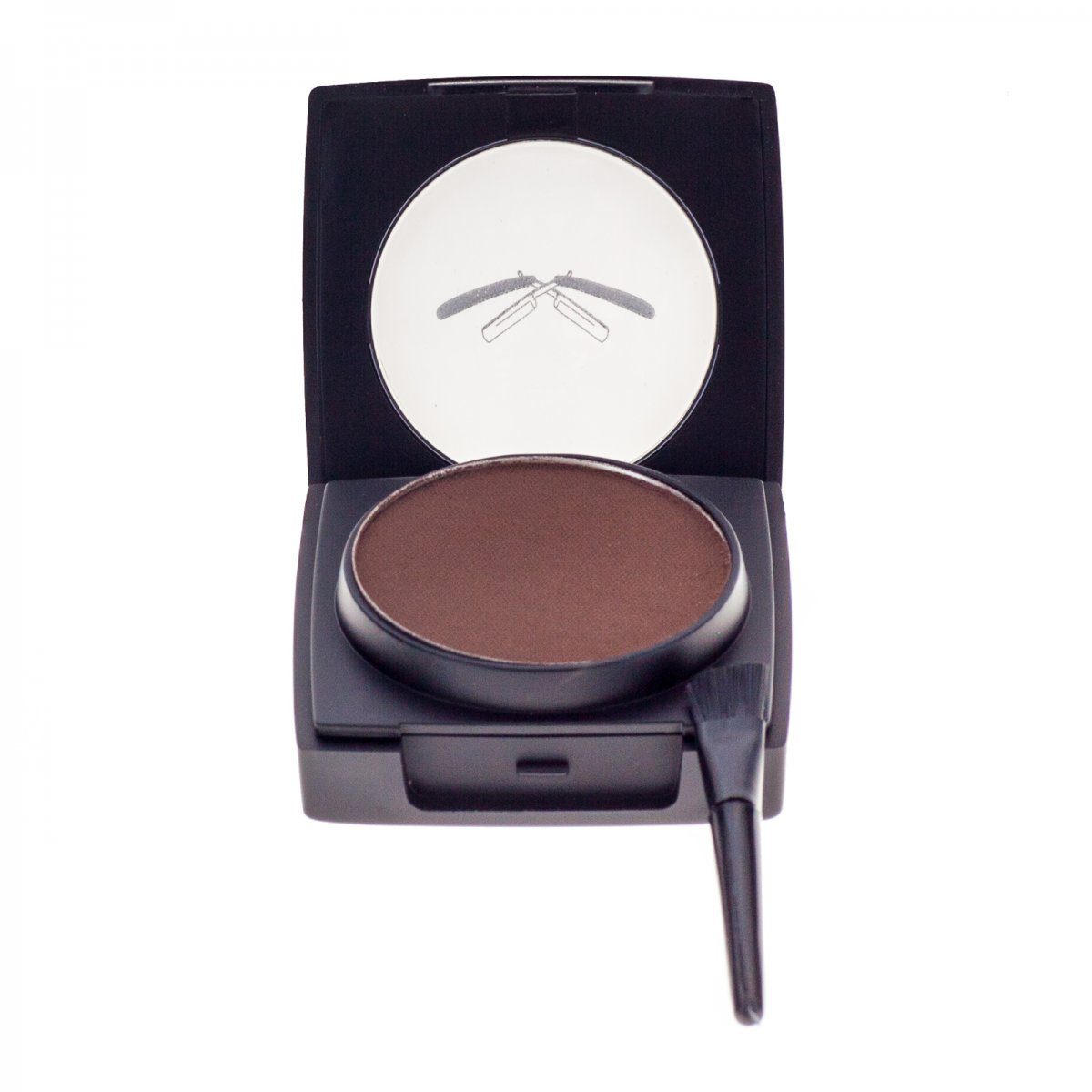 As hair grows any small patches where growth is less even should begin to fill in, but if some remain a problem you can fill them in yourself with thickening fibres like Toppik’s Hair Building Fibres or Benjamin Barber’s Beard Filler – a temporary powder colour that you brush into bald patches to make them less visible. Both products come in a range of colours to match your own hair. You might want to consider using a beard dye like Just For Men’s Moustache and Beard Colour too. Often, variations in colour can make beards look patchy and evening out the colour with a dye can instantly make it appear look fuller.

If you’re not sure which style to opt for then experiment; start with a full beard and if that doesn’t suit, work your way through consecutive styles requiring less and less hair until you end up with a goatee, jazz spot or moustache. Live with each style for a few days before moving on to the next potential style until you settle on something that suits your personality, look and lifestyle. If all else fails, you could always just opt for the safety net that is stubble.

But whatever you do, have fun with it. Facial hair is the ultimate self-renewing fashion accessory. In just a few weeks you can create a look that’s cool and contemporary, mean and moody, or sleek and sophisticated. Remember what they say though – with a great beard comes great responsibility. It really is like having a child: if you decide to have one, you have to be prepared to look after it. Happy parenting.