In a world where the right sneaker can generate a 2,000% return on investment, talking yourself into copping the latest and greatest style has never been easier. But with so many new pairs dropping every day, staying on top of what’s hot and what’s not can represent a significant time commitment.

Of all the new sneakers that are released on a yearly basis, only a select few will stand the test of time and make a lasting mark on the footwear landscape. These are the shoes worth putting stock in and adding to your footwear rotation.

Trouble is, with such high demand and such limited numbers, these sorts of sneakers can be notoriously tricky to get your hands on. That’s where platforms like eBay, Grailed and StockX come in, making it easy to find your sneaker grails, with the added assurance of middleman services like eBay’s Authenticity Guarantee.

With all of that in mind, keep scrolling for Ape’s hand-picked edit of our favourite releases from recent years and why they’re worth copping right now. 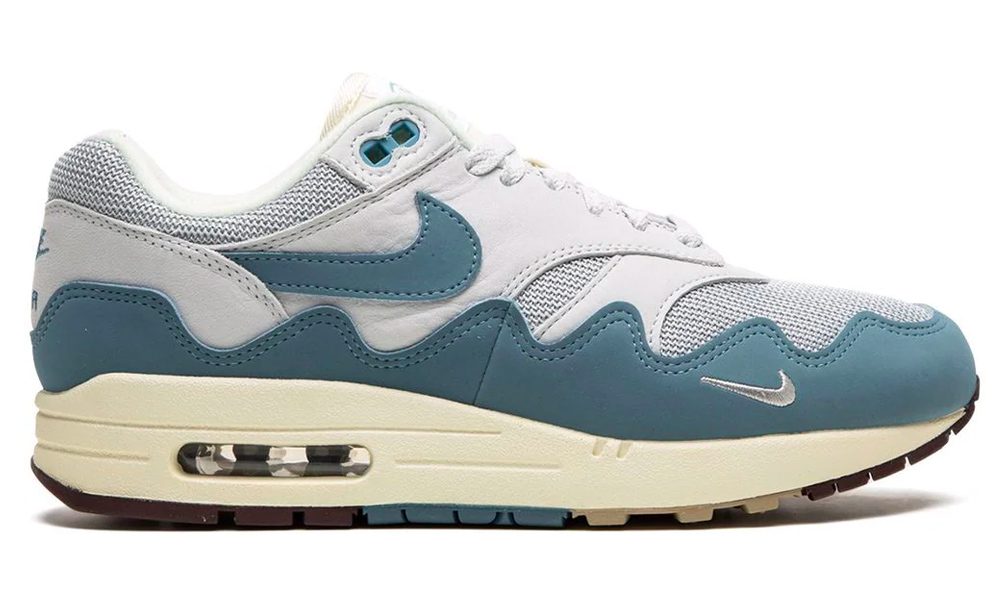 We’ve already predicted that 2022 will be a big year for the Air Max 1 and last year’s excellent Patta collab was one of the key points on which we based our assertion.

The sneaker dropped in four colourways at the back end of 2021 and features wavey panelling that runs around the midsection of the shoe just above the sole. It’s a subtle twist on one of the modern era’s most iconic sneakers that shakes things up while staying true to the original design. Anyone who has seen ‘that video’ won’t need us to explain why Bella Hadid has the power to make any sneaker she touches uncool, but suffice to say when she was papped in a pair of Salomon XT-6s in late 2021, the fate of the early 2020s favourite trail shoe was all but sealed.

With Salomon’s most popular shoe quickly becoming passé, something had to replace it, and that something came late last year in the form of the deliciously techy ACS Pro Advanced.

This year is sure to see a slew of new colourways drop, but for now this is one seriously difficult sneaker to acquire. “If homeboy wants to, like… get it,” he’ll just have to fork out and pay resale. Two brands that can do no wrong at the moment, it’s always a good thing when New Balance and Aimé Leon Dore decide to join forces. The duo have teamed up multiple times before, each resulting in instant sellouts, but this particular collaborative effort was perhaps the most timely of all.

Thanks to the renewed interest in retro basketball styles, the New Balance 550 enjoyed a very big year in 2021. This collab was the icing on the cake, cementing the silhouette as a New Balance classic and one of the hottest sneakers in recent memory. Another classic sneaker enjoying a resurgence at the moment, the Adidas Samba revival has been on our radar for some time now, not least because of this subtle yet striking collaborative take from British menswear label Wales Bonner.

The 1980s-inspired collab reimagined the iconic Three Stripes silhouette in premium materials with subtle textures and bold colour accents against a black backdrop. Surely one of the most elegant and refined collaborative sneakers of recent years and one that should definitely be on your wish list. Released in November 2021, Off-White’s take on the Air Jordan II was one of the label’s last sneakers before the passing of founder and creative director Virgil Abloh.

It was divisive when it launched, whipping old-school sneakerheads into a frenzy over silly details, but the fact remains that this is one of the last sneakers from one of the most influential fashion forces of all time. A piece of footwear history and a very appealing shoe to boot. Jjjjound naysayers decry the blog-turned-brand for being boring and unimaginative in its collaborations. But they’re missing the point. It’s all about minimalism – taking things back to basics but with an emphasis on premium materials and clean design.

This take on the 990v4 is a prime example of what Justin Saunders’ label does so well – putting its own spin on classic silhouettes in the most subtle and tasteful way possible. Everyone needs a simple, clean white sneaker in their rotation, and there are few better than the Reebok Club C.

This classic court shoe is a firm favourite here at Ape and has seen countless collabs over the years. This recent release with one of the most influential names in design keeps things stripped back, employing upscale materials to elevate the Club C to dizzy new heights. What can we say? One of the cleanest Air Jordan sneakers of all time in a simple colourway that steps back and lets the great design do the talking. There’s nothing not to like here, and with basketball shoes very much on the up, there’s never been a better time to cop. If you don’t like the idea of paying inordinate amounts of money for shoes that look like they’ve been dragged through a hedge backwards then look away now. For anyone who’s left, you should definitely consider adding these deconstructed dad shoes to your collection.

It may be rough around the edges, but this reimagined 2000s runner was one of the defining shoes of 2021, getting sneaker fanatics hot under the collar and prompting queues of NB fans lining up outside stores to secure their pair. Possibly one of the most high-profile sneaker collabs of the last five years, 2020s Dior x Nike hookup is a must-have for any fashion-minded sneaker fanatic. This upscale take on the iconic Air Jordan 1 still fetches silly money online, but if you’re a collector with cash then hey, why not?

A paid partnership with eBay – words and opinion Ape’s own.