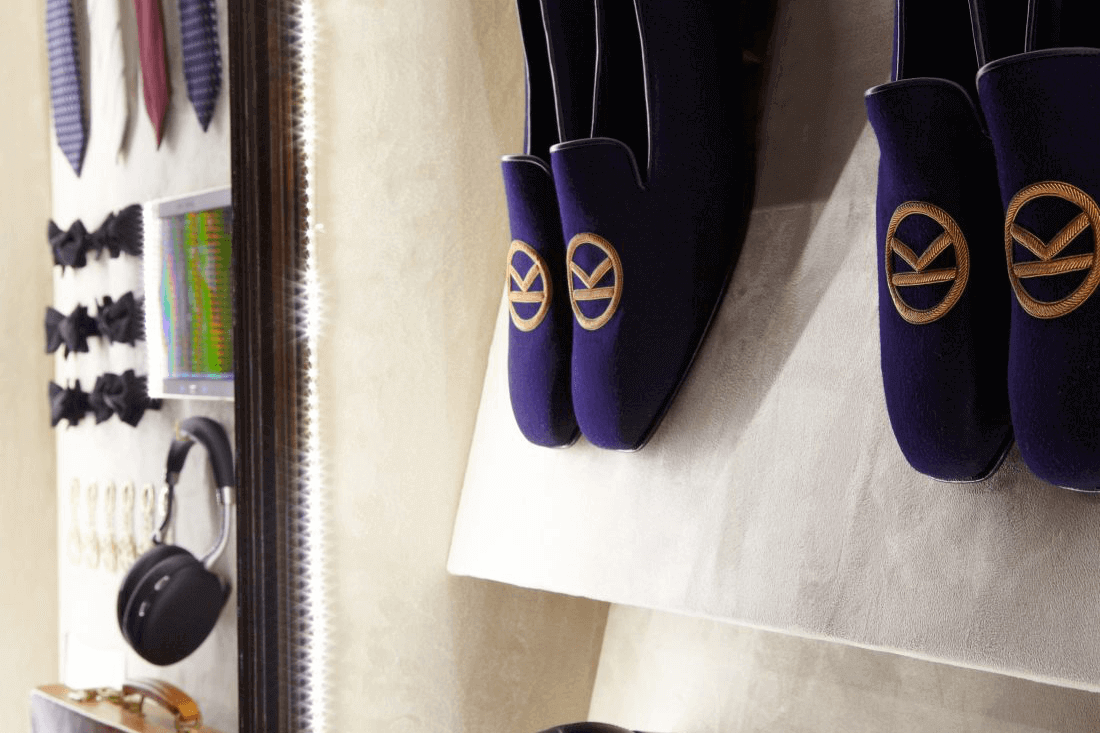 So frequent is the interplay between the worlds of fashion and film, but more often than not it’s a character’s costume that can inspire us to adopt an item of clothing in to our own wardrobe than it is the catwalk that inspires a character.

To the excitement of many men, yesterday saw the launch of the Kingsman collection of goods on the e-retailer MR PORTER. Inspired by the costumes created for the film Kingsman: The Secret Service by Oscar-nominated costume designer, Arianne Phillips the collection includes everything from suiting to accessories and provides film-goers the opportunity to invest in the inspirational styles of the Kingsman agents in this first-of-its-kind, “costume to collection” range.

At its heart the Kingsman collection is inspired by the traditions of British tailoring, with the agents of the film operating out of a tailors shop on Savile Row. Most notable in the 60-piece range are the immaculate double-breasted suits, designed by Phillips with the modern gentleman in mind.

“Personally, I love a double-breasted silhouette. It’s such a classic Savile Row shape. It’s right for a makeover, and time for a younger man to wear it,” says Phillips. But translating the look of the films costumes to a retail collection was no easy task. “We first created a philosophy about the suit; the Savile Row shoulder, a nipped in waist, a shorter jacket. There were a lot of fittings to make sure we achieved the same balance in the collection as we did in the film.” Fortunately the skilled tailors of the Row aided the process. “We had an amazing tailor involved in translating the bespoke suiting from the film in to the suiting available in the collection.”

Toby Bateman, Buying Director for MR PORTER also notes the importance of retaining the history of British craftsmanship throughout the collection. “The collection has great integrity. The film is about Savile Row tailors that are spies and it was important to stay true to that part of the film and the ethos of the clothing. It would have been hypocritical to have had the clothing made in China or Italy.”

With the Kingsman collection also showcasing British-made accessories from a roll call of esteemed manufacturers including Bremont, Cutler and Gross, Drake’s, and Swaine Adeney Brigg to name a few, there is everything the modern gentleman requires for day-to-day reconnaissance, though sadly sans any elaborate spy tech.

The Kingsman collection is available to buy at MR PORTER.

Kingsman: The Secret Service launches at cinemas nationwide on January 29.