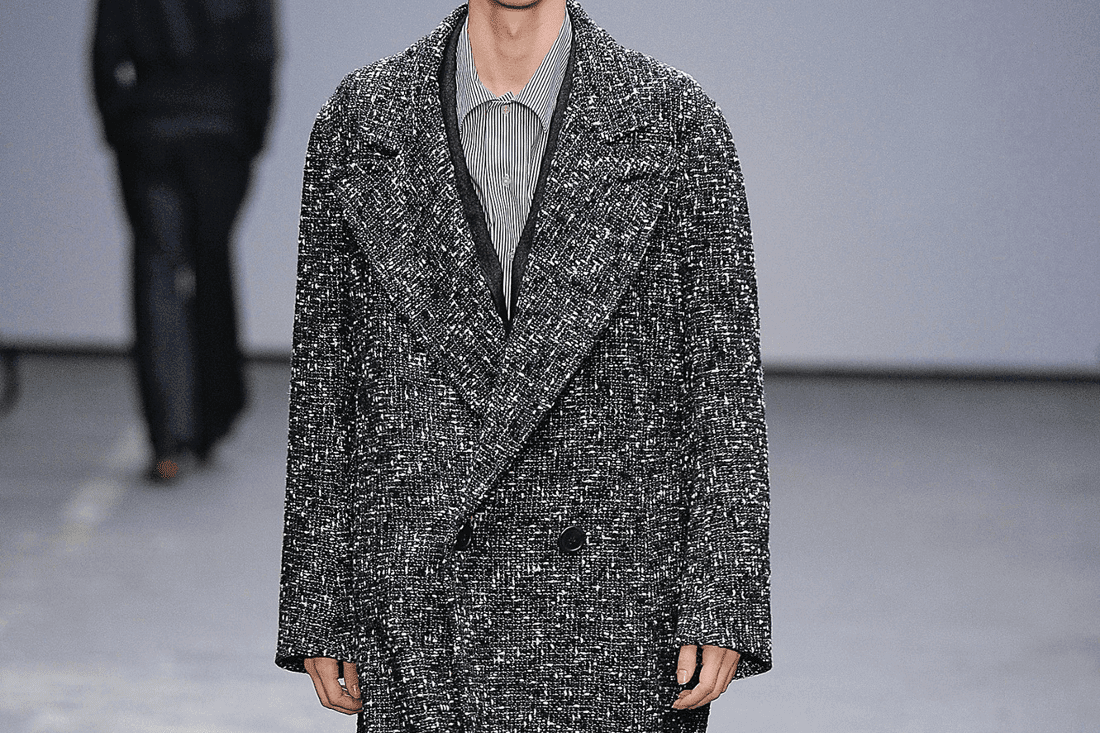 The last three days welcomed the London Collections: Men. In its second year the three day event welcomed both the new, and old guard of British talent.

The first day started with with a frosty reception by Bally, who celebrated the mountaineering conquest in the only way they knew how: whiskey and coffee, mixed with suede paneled accessories and heavy duty boots. Their efforts were greeted by all guests who entered the make shift tee-pee.

But, while the climb continued, other designers chose to embrace the more sartorial nature of winter, as seen by the distinctively British E.Tautz, who reworked their vision of the Scottish Isles in tones of orange and deep purple. However, they were not the only ones to splash out on colour, as the exuberant Jonathan Saunders demonstrated in his collection that used nature’s elements as his main point of reference. Yet among the well established names lay young guns Agi & Sam who, in their last collection for designer project Man, displayed a collection that spoke of maturity. Mixing their expertise in print and pop colour. they displayed ensembles that proved their worth as London’s most sought after talents.