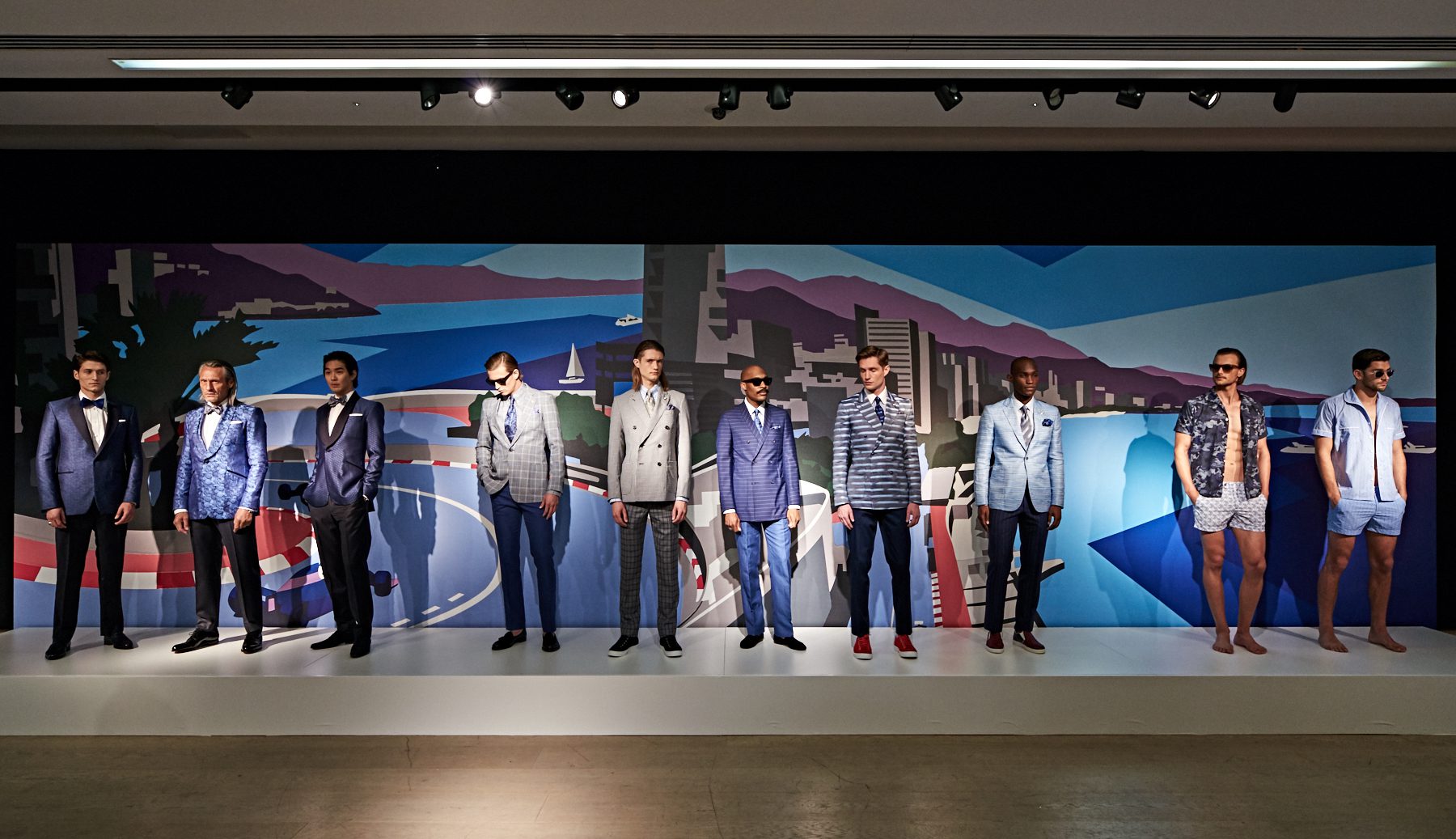 As our Summer here in the UK has started in abysmal fashion, London Collections: Men brought us the new offerings from menswear for next summer. As the new SS17 collections were being showcased, we had timely reminders that the weather can play a big part on our sartorial choices. As the best of British menswear and further afield dressed models for runway and presentations alike, we sift through what to keep an eye on and what impressed us.

White was everywhere. White jackets and trousers featured heavily in a lot of brand’s collections. Waiting to convince all men perhaps of going all-white in outfit selections, the marketing we’ll be seeing in the coming months, along with similar street style images will ease the notion that it’s ok to wear white trousers.

Brands are continuing to push wider legged trousers, and more noticeably the Savile Row tailors are embracing it in their ready-to-wear collections. Elegant styling could be seen at Richard James along with Private White VC, E.Tautz and Oliver Spencer. More easily achieved with soft tailoring, it is now a thing to a have looser trouser with more structured jackets. Break up the look with a scarf to soften and bring an element of casual elegance.

Styled by GQ’s Grace Gilfeather, the St. James’s Jermyn Street catwalk show brought together brands from the famous street and it’s neighbours. Seeing outfits styled together and next to other brands gave a better impression as to what could be achieved in realist terms, rather than purely one brand presentations. Traditional tailoring was as expected, with nods to stylish business and casualwear in equal measures.

Pheobe has been doing women’s collections for a while now, and has started venturing into menswear. She started off with a capsule collection and now is expanding further into menswear, and we’re rather pleased she is. Focusing on the ‘surface’.

Specialising solely in shirting and launching their debut season in AW16, the follow up is strong. We envision big things for this brand. Archetypes of shirts developed for a variety of styles suitable for anyone.

German manufactured watches with Bauhaus design aesthetics. With a heritage to match anyone, these updated models pay tribute to the brand’s origins with precision engineering combined the the school of Bauhaus design.

English charm for both town and country, the range encompasses; overcoats, a return to the 80’s ” Wolf of Wall St” style Pin Stripe suiting, butcher stripe shirts and silk check jackets, bold print shirts and ties, shoes and socks. Accessories include; watches, cufflinks, wallets, bags and jewellery. Prints are a focal point of the Simon Carter collection, including iconic paisley and re-worked Liberty classics, to more eccentric repeats of flamingos, shrimps and red-hot chilies. In addition, there is an exquisite selection of textures and fabrics that bring the collection to life, from silk knitted ties and jacquard woven jackets, to silk pocket squares and pony hair belts.

The Agi + Sam show had some impressive hairstyling, helped with Lynx Hair Styling for a ‘50’s tailored vibe with an element of a modern f*cked up twist’ – as described by Kieron Webb, who created looks that are basically “Business” in the front and “party” in the back, reflecting the tailored elements of Agi + Sam’s SS17 Collection, as well as playing on their layering and textures.