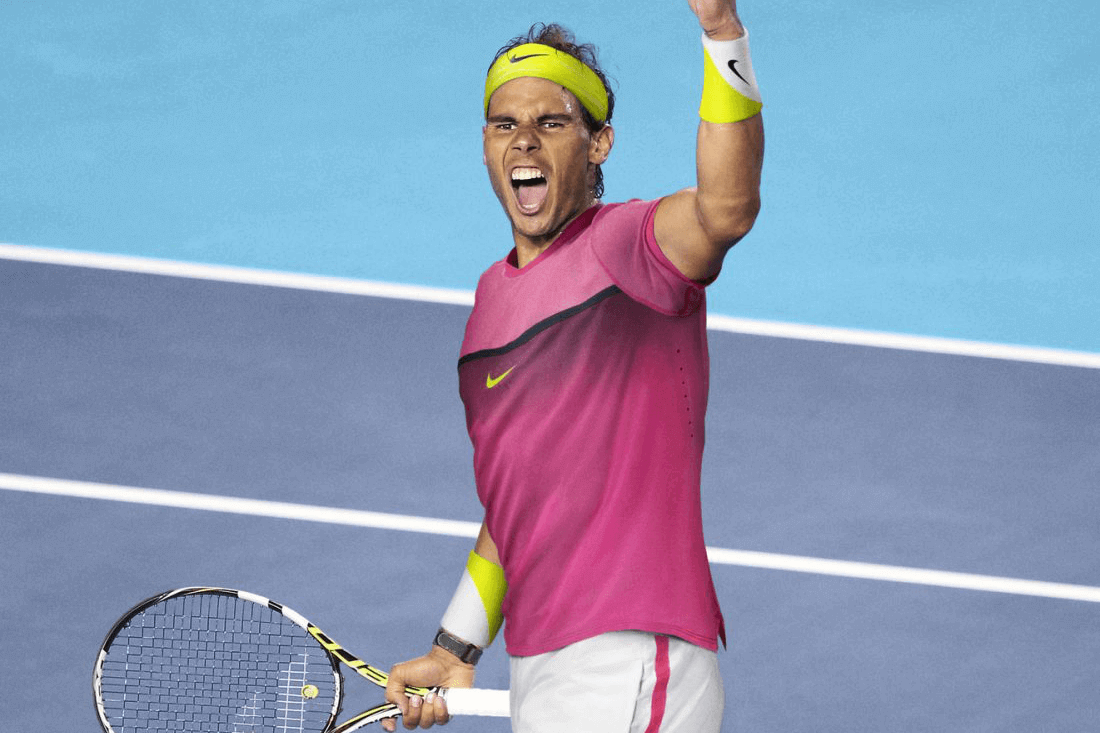 As the world’s best tennis players battle it our for the Australian Open in Melbourne, you’re probably wondering what the likes of Roger Federer was and Rafa Nadal is wearing. The clothing is from the spring Nike Tennis collection, designed in striking colour choices and disruptive patterns, all inspired by the vibrant street art of the city of Melbourne.

Rafa’s footwear is the responsive Nike Lunar Ballistec 1.5- one of the lightest tennis shoes Nike has ever made with Flywire technology.