In August 2017, history was made when Neymar joined French giants Paris Saint-Germain from Barcelona for a jaw-dropping £200 million, more than doubling the previous world-record transfer sum and sparking a worldwide conversation about the absurd figures paid for players in today’s transfer market. Since then, the £100 million mark has been broken twice more, with Ousmane Dembele and Phillipe Coutinho both joining Barcelona for £135 million and £142 million, respectively. The figure is likely to be smashed again in the near future, when Paris Saint-Germain should sign Kylian Mbappe for around £165 million once his loan period is completed this summer. But do these eye-wateringly high transfer fees mean top-tier football has completely lost the plot? Not necessarily – here’s why.

To simplest (albeit not the most effective) way to explain the current market is with supply and demand. In other words, if the value placed on a player by the owning club is equal to or lower than the value offered by a club wishing to buy the player, then demand is equal to or greater than supply, and the transfer is completed. However, it is also worth noting that even if the owning club’s value of a player is higher than any potential buyers are willing to pay, it doesn’t always mean that this value is too high.

For example, there are certain instances when a single player is so crucial to a club that they are effectively priced out of the market. Recently, David de Gea’s ultimately unsuccessful move from Manchester United to Real Madrid was severely hampered by the fact that he had become absolutely key to The Red Devils’ starting 11, to the extent that United were unwilling to let him go for anything less than a gargantuan sum. In previous years, when the usual sensationalist Messi transfer rumours rolled by, a move never seemed close to being completed – his own talent made him so crucial to Barcelona that he was essentially priceless.

However, basic supply and demand doesn’t go all the way to explaining today’s barmy prices. Big money moves in the Premier League have caused quite a stir as of late – Paul Pogba’s £89 million move from Juventus to Manchester United comes to mind, as do Virgil Van Dijk and Romelu Lukaku’s £75 million transfers. It’s vital to take inflation into account when explaining these prices, though. In 2001, Zinedine Zidane completed his transfer to Real Madrid for what was then a world-record fee of £46 million. Accounting for inflation, that figure today would be worth around £71 million. Of course, Zidane in his prime was better than all three of these players, and there’s no way Neymar was three times as good a player as Zidane, as his transfer sum seems to suggest. This is were inflation in football terms comes into the equation. 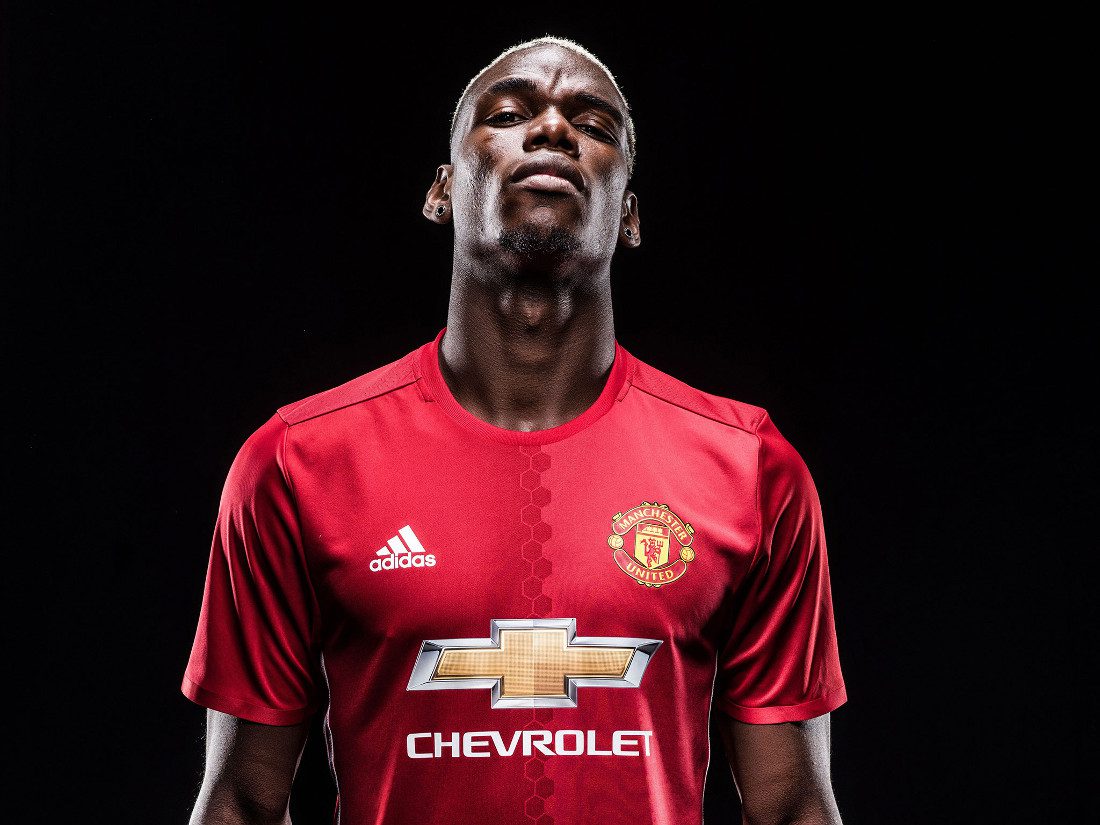 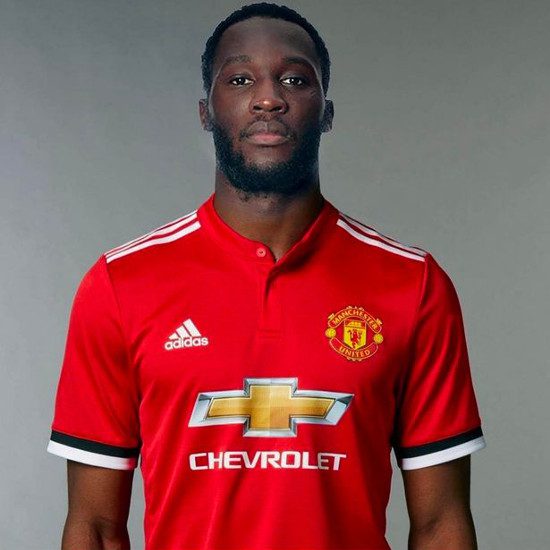 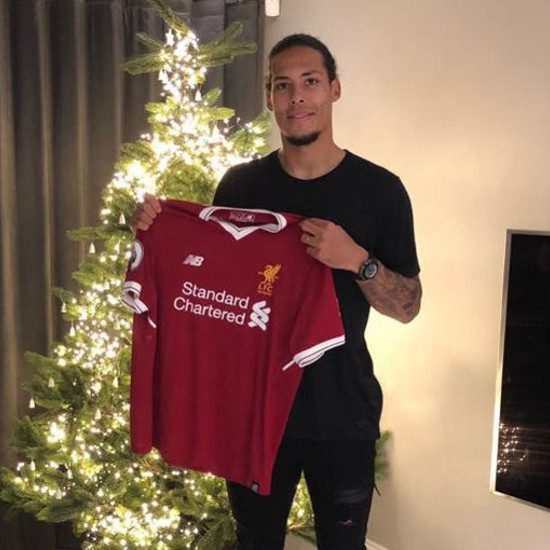 In 2001, the year of Zidane’s transfer, Real Madrid reported a revenue of £121 million, meaning Zidane’s £46 million transfer fee was worth a massive 38% of their income for that year. The £76 million he would be worth today in terms of general economic inflation would only equate to around 11% of the £700 million revenue Los Blancos reported in 2017. A more accurate estimate would instead be 38% of that £700 million, which places him at a crazy £266 million – considerably more than the Neymar fee. Similarly, Pogba’s £89 million transfer price only equates to 17% of the £515 million Manchester United turned over in 2016 (the year of his transfer). Neymar’s bonkers £200m fee equates to around 39% of Paris Saint-Germain’s £507 million annual turnover, which is almost identical to Zidane’s relative cost. In this sense, Neymar’s transfer sum could be seen more as the market correcting itself over time to fall more in line with 2001 rates, rather than an ever-rising expense that’s spiralling out of control.

The next question that needs to be answered then, is what exactly is causing the annual revenue of the world’s richest clubs to increase at such a rapid rate that transfers on this scale are possible. Of course, broadcasting income plays a huge part in it. The ever-rising global interest in the world’s biggest sport, and the ensuing TV rights bidding war between the likes of Sky, BT, and others that follows, led to Premier League clubs being given £5.14 billion in the latest deal, which runs from 2016-2019 (meaning it is worth around £1.7 billion per season to clubs). The last deal, which ran from 2013-2016, was only worth £3.01 billion to the clubs, and the one before, from 2010-2013, was even less at £1.77 billion. These figures are still for the UK only, and don’t even take into account the overseas broadcasting rights, which are currently worth an additional £780 million per season to the clubs of the Premier League. 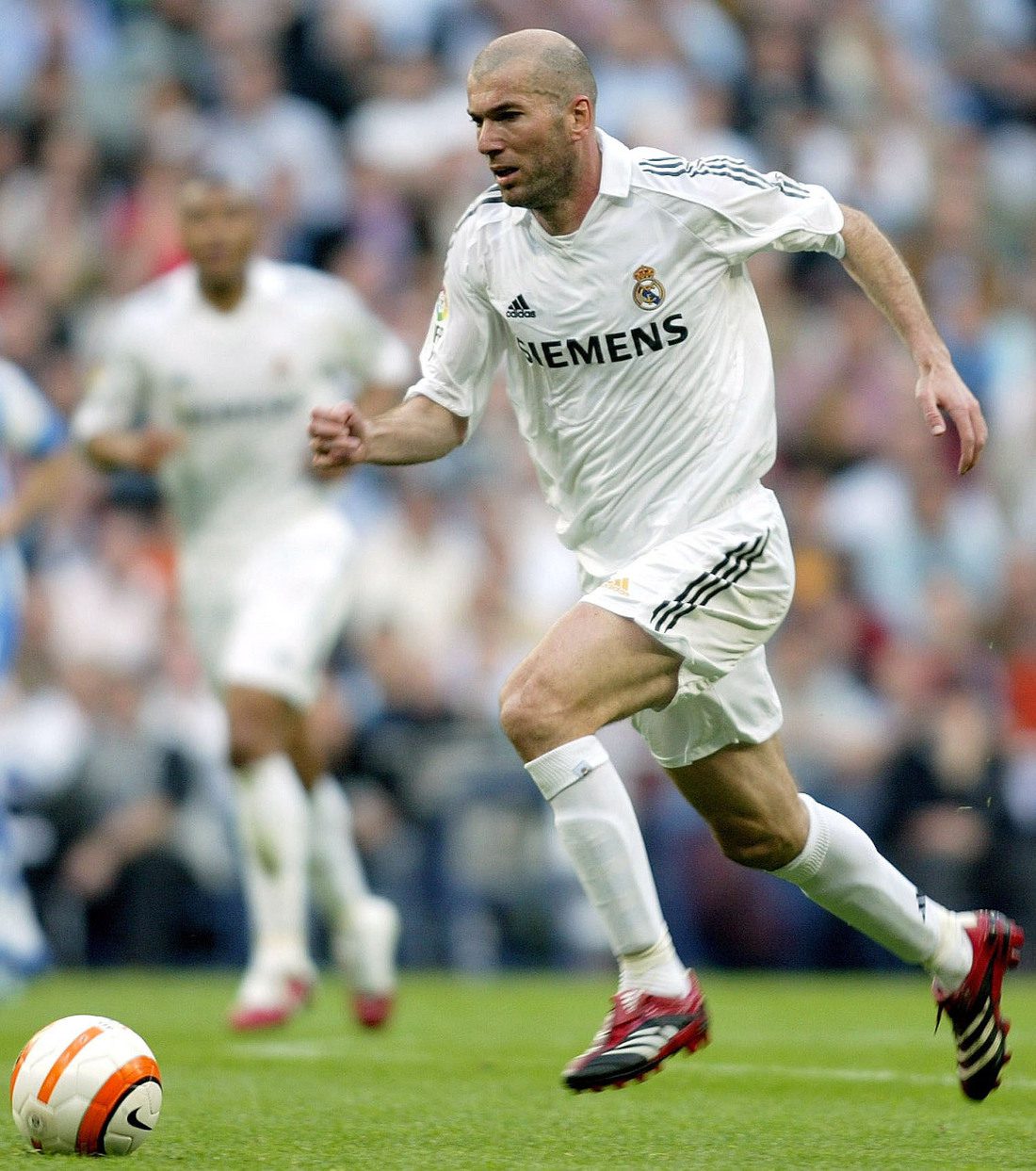 Although the broadcasting money is distributed partially based on merit, the Premier League’s biggest clubs receive less of a substantial share than many think. Last season, title winners Chelsea earned around £150 million from TV rights, but even bottom-placed Sunderland were given £93 million. The Premier League is more equal than other leagues around Europe, however. In 2014, Athletico Madrid were crowned champions of La Liga, but only earned around £36 million from broadcasting – Real Madrid and Barcelona earned around £123 million each, despite finishing lower. The broadcasting deal was renegotiated in 2016 to be fairer for all clubs across the league, but this latest deal is still only worth half that of the Premier League.

In fact, it is often the smaller clubs across Europe’s top five leagues that are more reliant on broadcasting money for revenue. The giants can count on their stronger branding to secure lucrative sponsorship deals, bigger stadiums to bring in more ticket money on match days, and Champions League prize money depending on their success in the tournament each season. For instance, Burnley’s £66 million TV revenue in 2016 made up 84% of their £78 million turnover for that year, while Manchester United’s £107 million broadcasting share only accounted for 27% of their £395 million annual turnover. Their commercial retail and sponsorship deals made up a much larger proportion – almost 50% at £197 million.

This leads us back to some of the world’s most expensive players, and the commercial opportunities their signings create. Neymar may have cost Paris Saint-Germain £200 million, but he, and the shirt sales he will undoubtedly provide, were likely also a key factor in negotiating the club’s new £52 million-per-year kit deal with Nike. It also goes without saying that a player of Neymar’s quality will be crucial to PSG’s Champions League hopes, and even scoring just two or three crucial goals in this competition could earn the French club tens of millions of pounds in prize money.

There are also outside influences to take into account when explaining the rising transfer fees. The emergence of China into the market no longer means Europe’s top five leagues are the only entities capable of coming up with the funds for top talent, and prices will naturally rise to compete with the growing global market. The extravagant wage bills China can provide has led to stars such as Ramires, Oscar and Carlos Tevez playing their football in the Far East in recent years as President Xi Jinping carries out his plan to turn China into a great footballing nation, and this trend will only continue if Europe fails to compete financially. 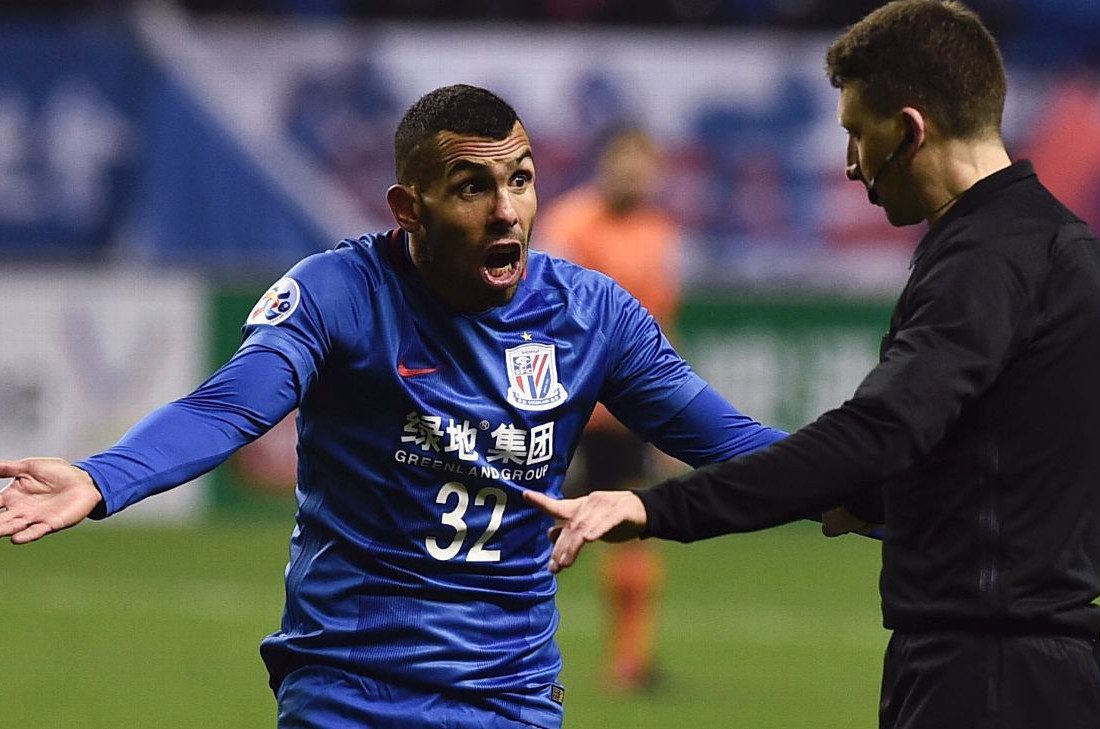 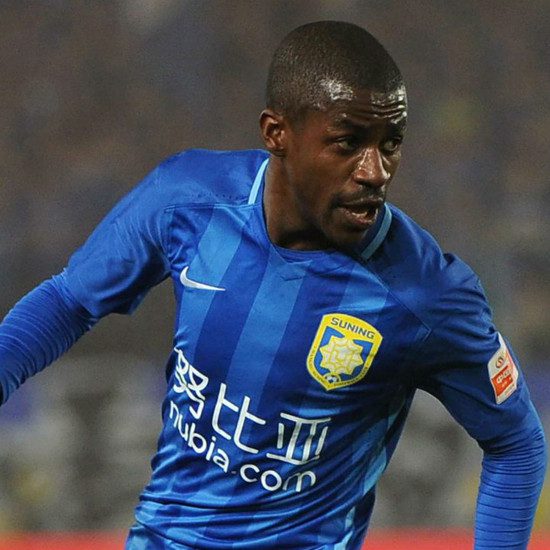 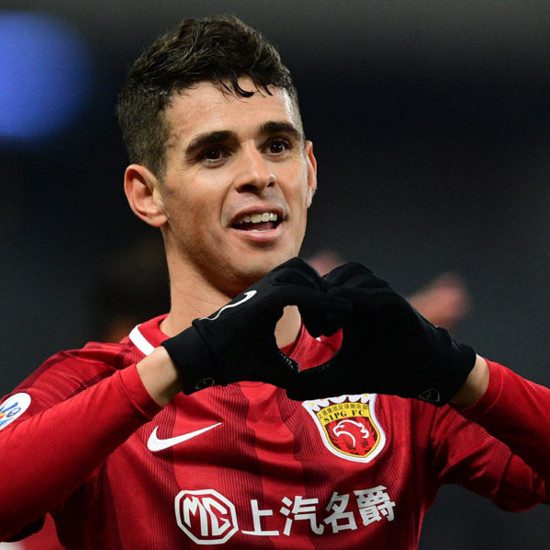 Carlos Tevez (Top) moved from the Premier League to China, as did Ramires (Bottom, Left) and Oscar (Bottom, Right)

If there is anything to lament about the state of Europe’s footballing elite, it’s not the current market as a whole, but rather the billionaire owners behind clubs who have on numerous occasions shown themselves to be more than willing to pump hundreds of millions of pounds into transfers regardless of whether the books balance or not, and it would be dishonest to claim that these owners weren’t a significant force behind the state of the market. While Neymar’s signing will bring substantial additional revenue to PSG through numerous avenues, it goes without saying that the transfer would not have been possible without the limitless funds of the Qatar Sports Investments group which owns the club, as well as its disregard of Financial Fair Play. The £165 million signing of Kylian Mbappe also evidences this, with the player being signed on a one-year loan deal with the option to buy in summer 2018, so as to avoid signing Mbappe on a permanent deal in the same year as Neymar, and therefore breaching Financial Fair Play rules.

The glitz and glamour of these big money transfers is also offset by the shady practices in which these trillionaire groups partake in their home countries. Another example is Manchester City, who, following their acquisition by Sheikh Mansour, one of the most powerful men in the Middle East, recorded the largest annual loss in the history of English football, losing £197 million in 2011. As City grew into the European powerhouse we now know them as, Premier League titles and regular Champions League appearances balanced the books substantially, but not without breaching Financial Fair Play rules in 2013.

While the acquisition of football clubs such as Manchester City and Paris Saint-Germain by these entities represent a friendly face, free advertising for their business interests, and statements of their wealth through extravagant marquee signings, they also mask the lack of democracy, repressive freedom of speech laws and appalling worker conditions present in these states, the governments and royal families of which effectively own the two clubs. A glance at the methods used in the building of stadiums for the Qatar 2022 World Cup is evidence enough of the human rights issues present in this part of the world.

As the popularity of football continues to increase, so will revenues, and as revenues increase, so will the interest of billionaire owners, and the massive transfer sums they are able to provide. Whatever your view, one thing is certain – transfer records will keep breaking, and people will keep complaining about it. Whether this market is sustainable remains to be seen, but for the foreseeable future, the money is staying in football.