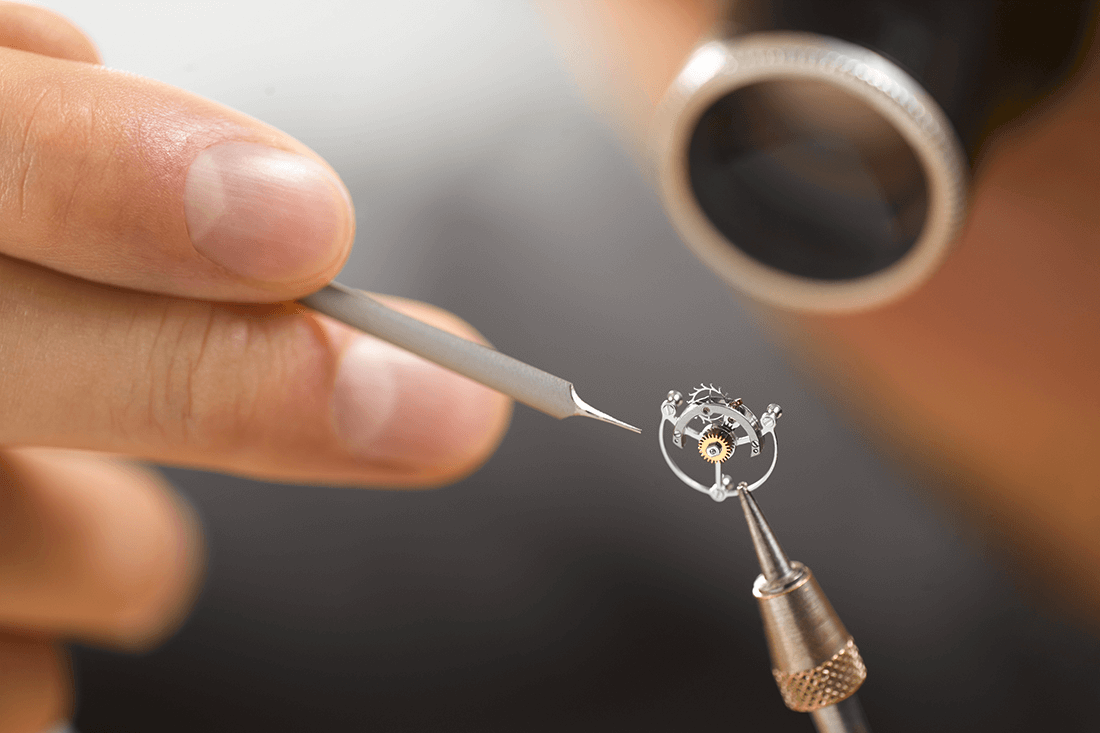 The Most Expensive Watches Ever Created

Good watches are expensive; luxury watches are very expensive. This much we know. This much we expect. But no matter how much you think a mechanical timepiece can cost, there’s always someone out there just waiting to prove just how ridiculous the world of haute horology can be. We’re not talking about a few thousand here; not even a few ten. We’re talking hundreds of thousands of pounds. But what are the most expensive watches in the world today?

The thing is, it’s not hard to make an expensive watch. All you need to do is shove a few hundred diamonds into a big gold case and you’re most of the way there. It’s the main reason Backes & Strauss are usually at the top of the price list. But that’s not what we’re looking at in this article.

How can a small collection of cogs and springs be valued higher than £500K?

Instead, we’re going to be taking a look at the pieces that make you pay for their sheer watchmaking ingenuity. You know, the kind of pieces that the layman just can’t wrap their head around. I mean, come on, how can a small collection of cogs and springs be valued higher than £500K?

The simplest answer is, fittingly, time. Twofold, actually. The first is that these things tend to be supremely accurate. Not as accurate as your phone of course, don’t be silly. Just very, very accurate in watchmaking terms.

More importantly is the time it takes to make an expensive watch. Stereotypical images of little old Swiss men in the Alps cutting out balance wheels aren’t too far from the truth. If you’ve ever tried your hand at putting together a basic movement, you’ll know it’s not as easy as it looks. I failed miserably at a recent Jaeger-LeCoultre workshop at Harrods.

The guys making these house-priced behemoths could have done it blindfolded in the back of a rally car with nothing but a pair of chopsticks. Their time is valuable; the weeks, if not months they spend on a single watch rack up a hefty bill.

Of course, there’s also the technical wizardry itself. It might look more archaic than the predictions of Nostradamus but a lot of modern tech goes into the engineering R&D of an expensive watch. Most of the higher end have a number of patents and at the very least work as theses on applied physics. They might not connect to your smartphone, but they’re far from dumb.

Rare materials also play a significant part in the world’s most expensive watches. I don’t just mean gold and platinum, but advanced, military-grade composites, lunar rocks and full sapphire crystal cases too. If it’s a material surrounded by hyperbole it’s probably part of a watch somewhere.

Hopefully you’re starting to get a bit more of a picture as to why these paragons of haute horology are so expensive. Don’t worry if that all seems scant justification though; I have a hard time grasping it myself and I’m currently wearing one worth over half a million (long story).

The fact is that if you have the money and want to buy one of these watches, you’ll pay that amount without much need for justification. If you don’t, no writer is going to make you save up for one, no matter how talented, handsome and generally amazing they are.

Still, they do make for one hell of a spectacle – especially the following, all of which are available to buy new today. Oh and I’m not including vintage otherwise it’ll all be Rolex. Or jewellery watches because they’re too easy. Or more than one per brand or it’ll all be Greubel Forsey. Speaking of which… 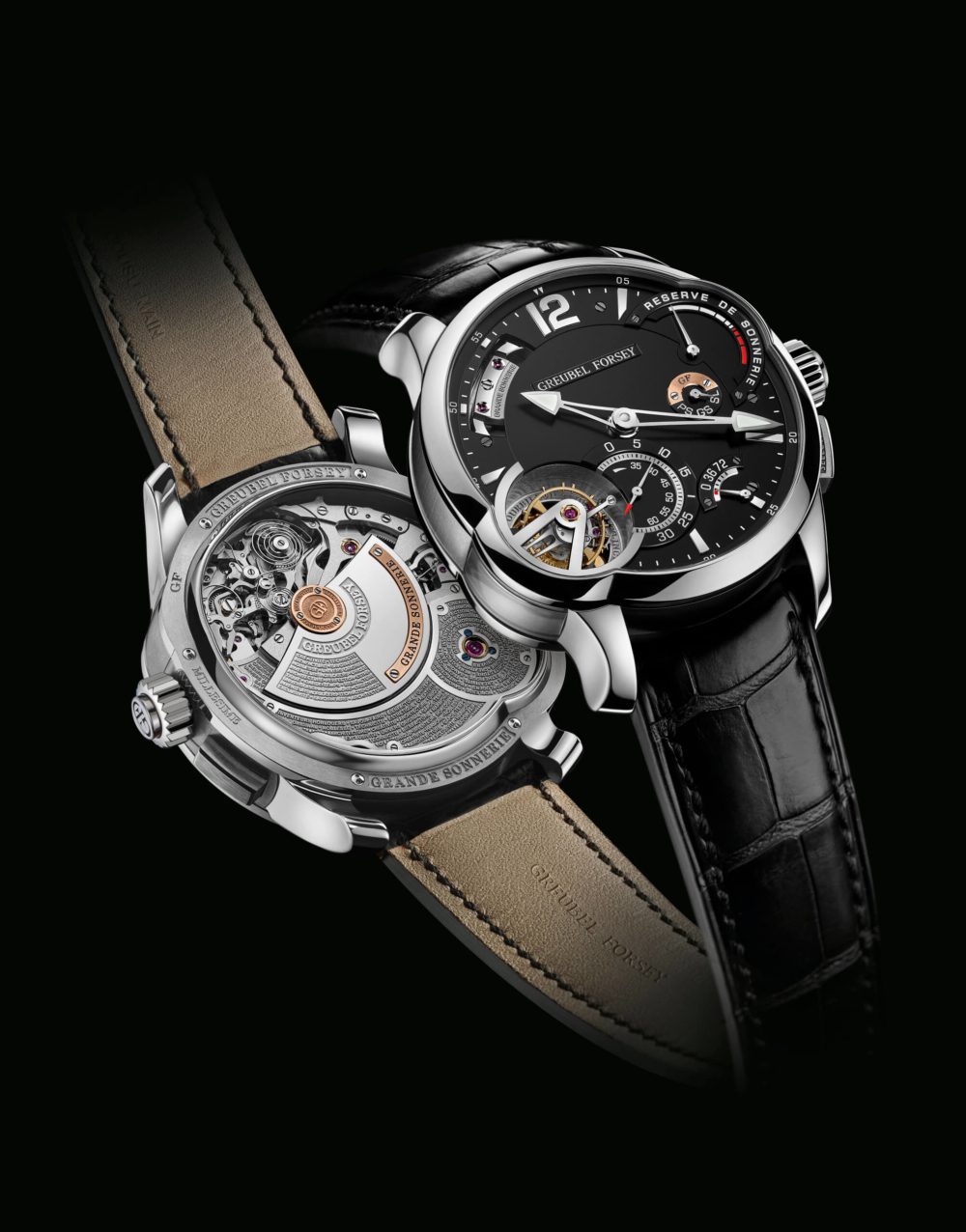 Greubel Forsey are always top of the tree when it comes to the most expensive watches. Where £500K+ is a statement for some brands, it’s par for the course in their world. Even by their standards though the Grande Sonnerie is out there. Like a clocktower the watch mechanically chimes every fifteen minutes, counting the hours and quarters. It also works as a minute repeater, chiming on demand. The number of brands capable of making these is almost as small as the actual number of Grande Sonneries models in existence. 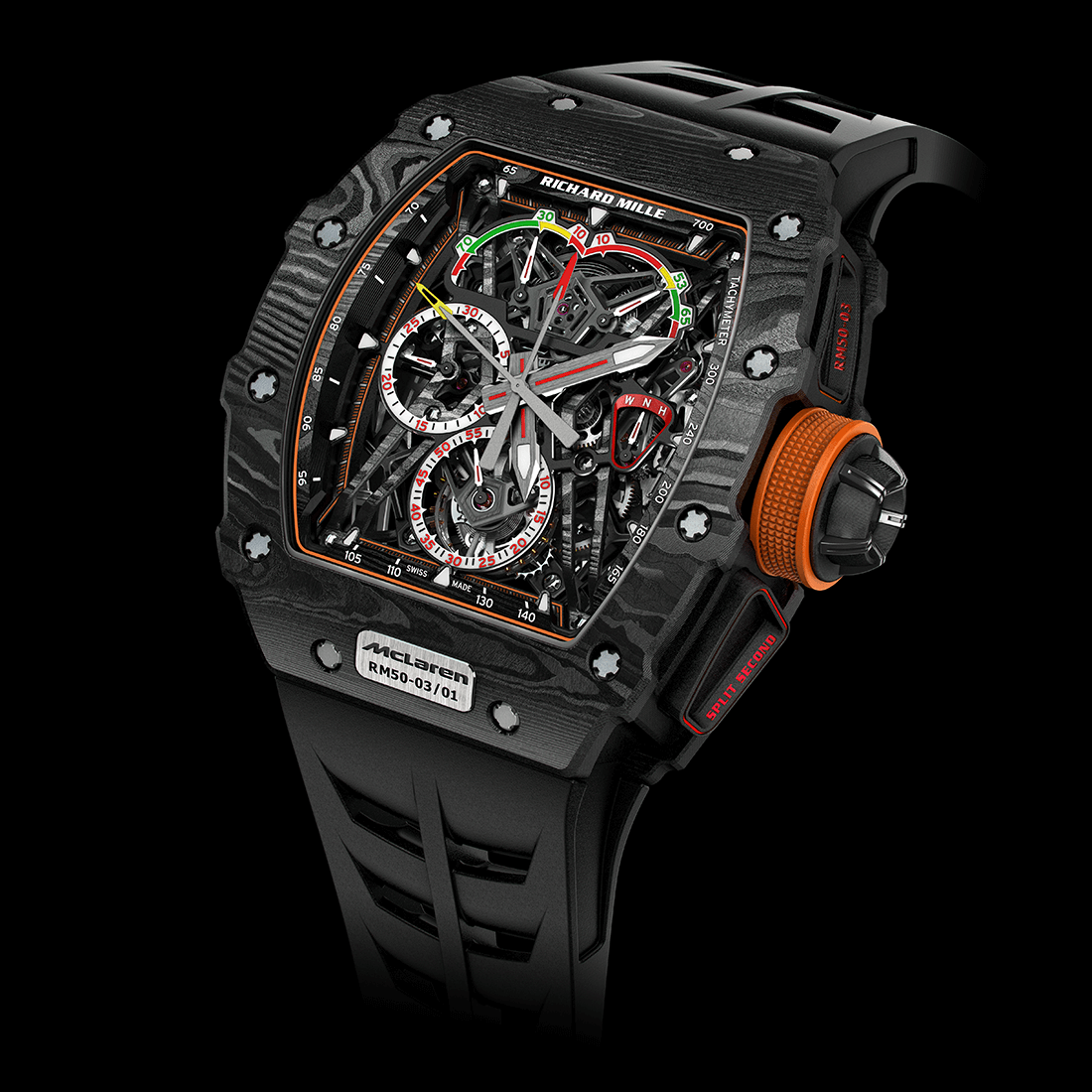 How do you go about making a wristwatch to match a McLaren? You need some insane combination of cutting-edge materials, engineering and design that makes a Lamborghini seem subtle. Fortunately, they’re all hallmarks of Richard Mille. Throw in the expertise of the McLaren F1 team and you get something like the RM 50-03 – a split-seconds racing chronograph made from Graph TPT, the same material used in McLaren’s cars and what makes this watch, for all its apparent bulk, the world’s lightest split-seconds tourbillon chronograph. It weighs just 38 grams. That said, it’s still heavy on the wallet – to the sum of £960k – making it one of the world’s most expensive watches. 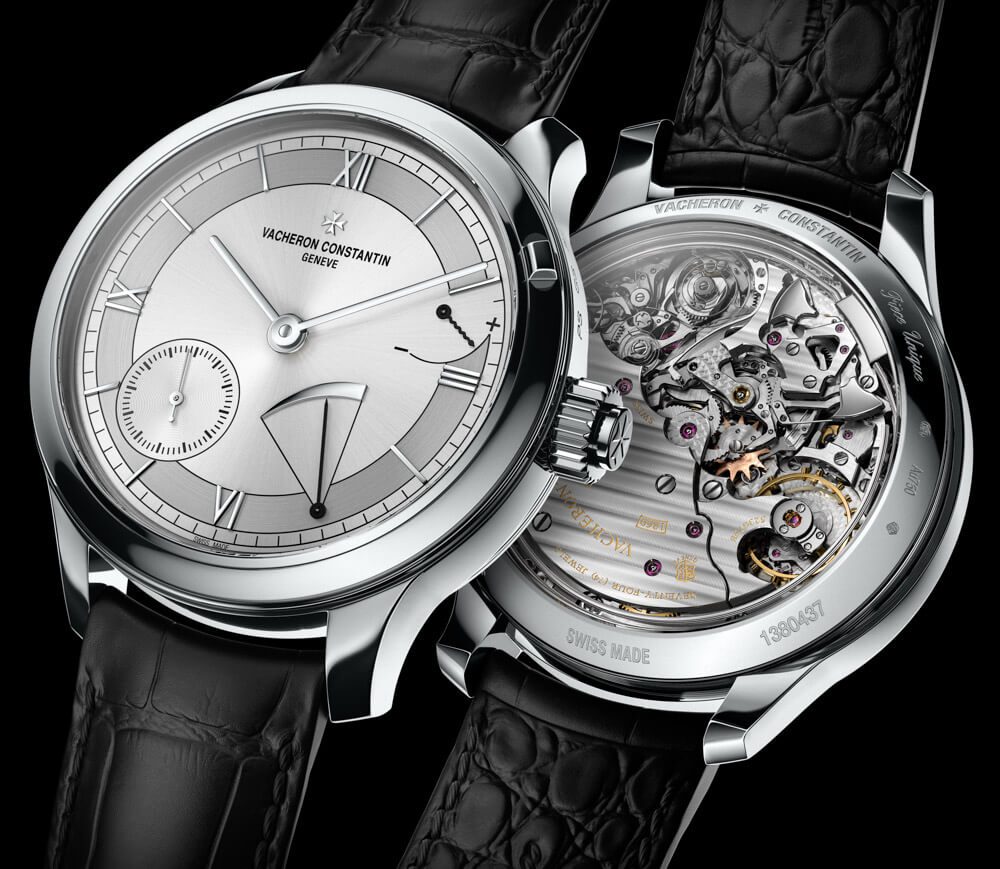 Last year really was the year of the Grande Sonnerie. Along with Greubel Forsey, the inimitable Vacheron Constantin did the same, which is great for me; I need to explain fewer complications. At approximately £880,000 (watchmakers like the $1 million mark) it’s also around the same price. Looks-wise though it’s completely different, a far more traditional take on the grandfather clock complication, with all the traditional finishing and pared-back style that entails. 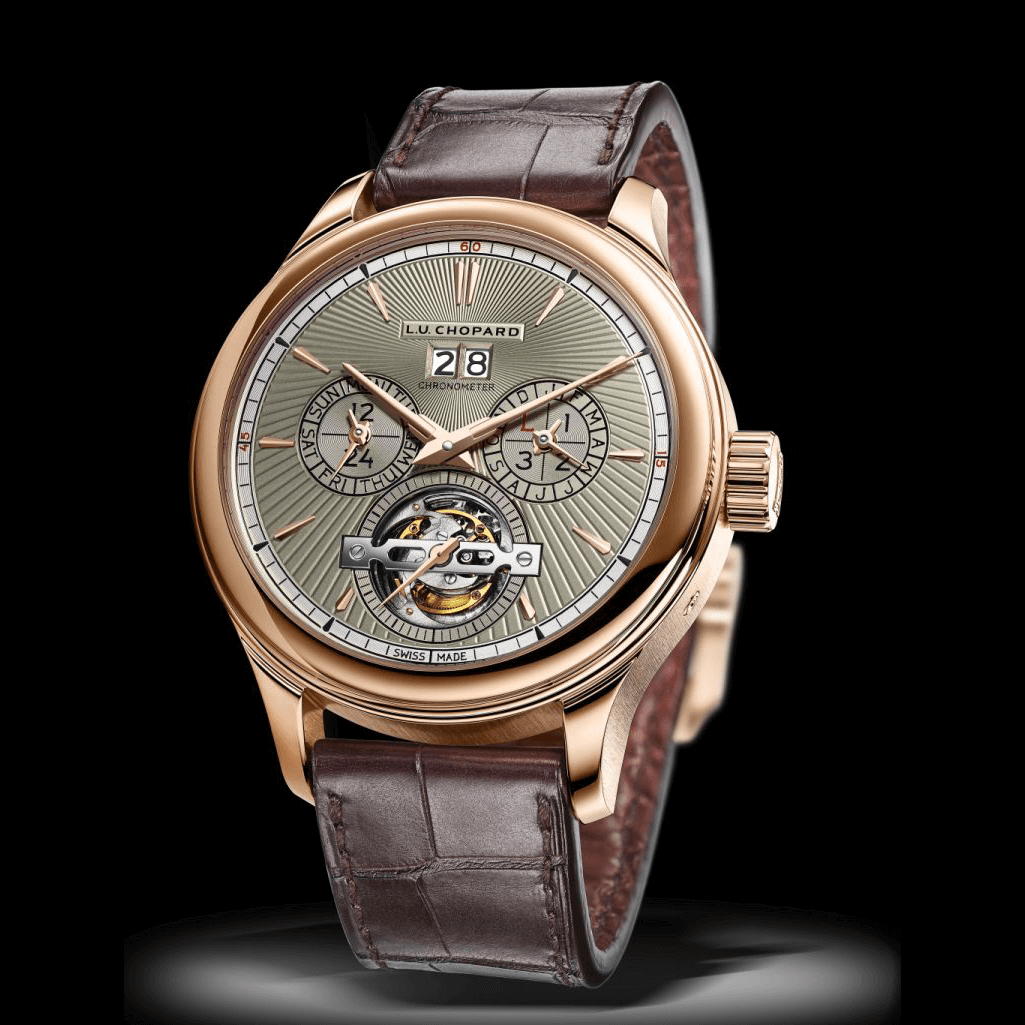 Yes, this isn’t really in the same league as the rest of this list when it comes to price, but Chopard’s super-complicated Baselworld standout was one of my favourites from the show. It deserves a place in this most expensive watches list, even if £320,000 is a pittance in comparison. I mean, that won’t even buy a studio apartment in central London. Still, a double tourbillon, two dials and 14 different indicators is pretty impressive. Those indicators include – take a deep breath – a perpetual calendar, sunrise and sunset times, an astronomical orbital moon phase a 7-day power reserve and, very bottom of the list, the actual time. 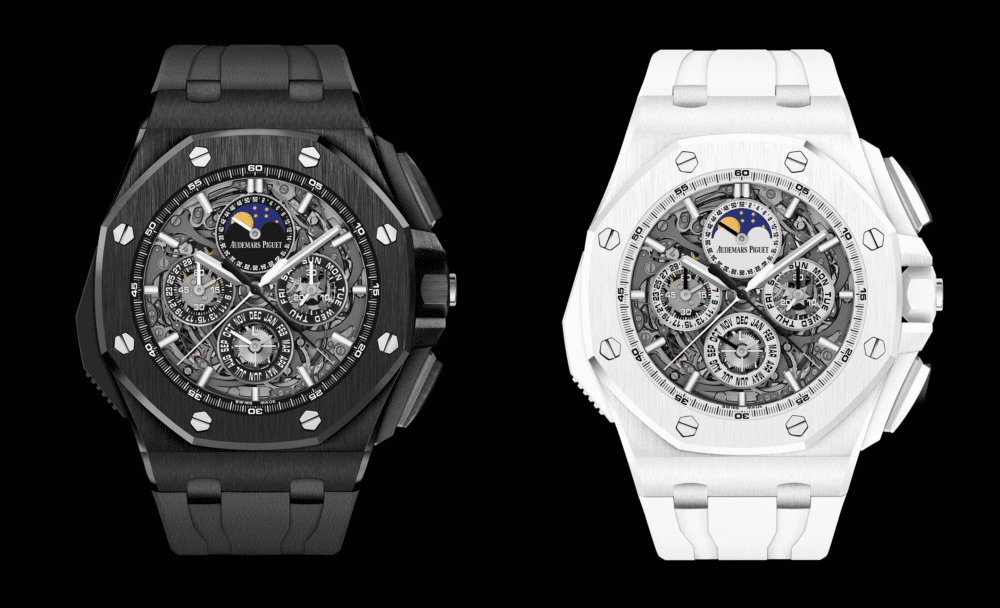 I still think the original Royal Oak is one of the coolest sports watches ever made, but apparently for Audemars Piguet it could use some improvement. In this case that improvement comes in the form of a minute repeater, perpetual calendar and slit-second chronograph grande complication. Don’t worry though, with it’s full ceramic case (in black or white) it’s still rugged enough to laugh off a nuclear strike from North Korea. At just shy of £550,000, it’s probably worth the country’s GDP too. Boom. Politics. Anyway, bonus points if you get the matching pair. 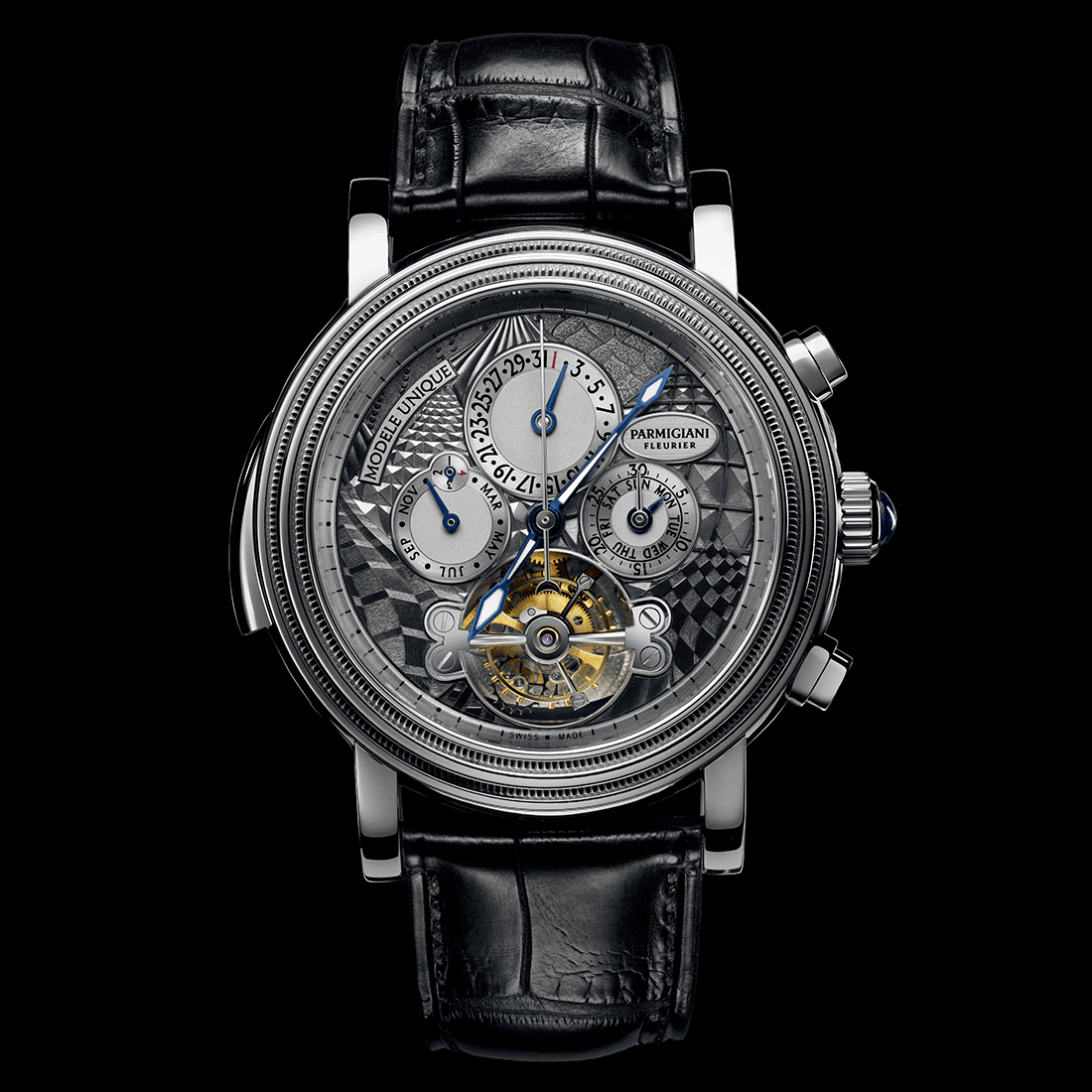 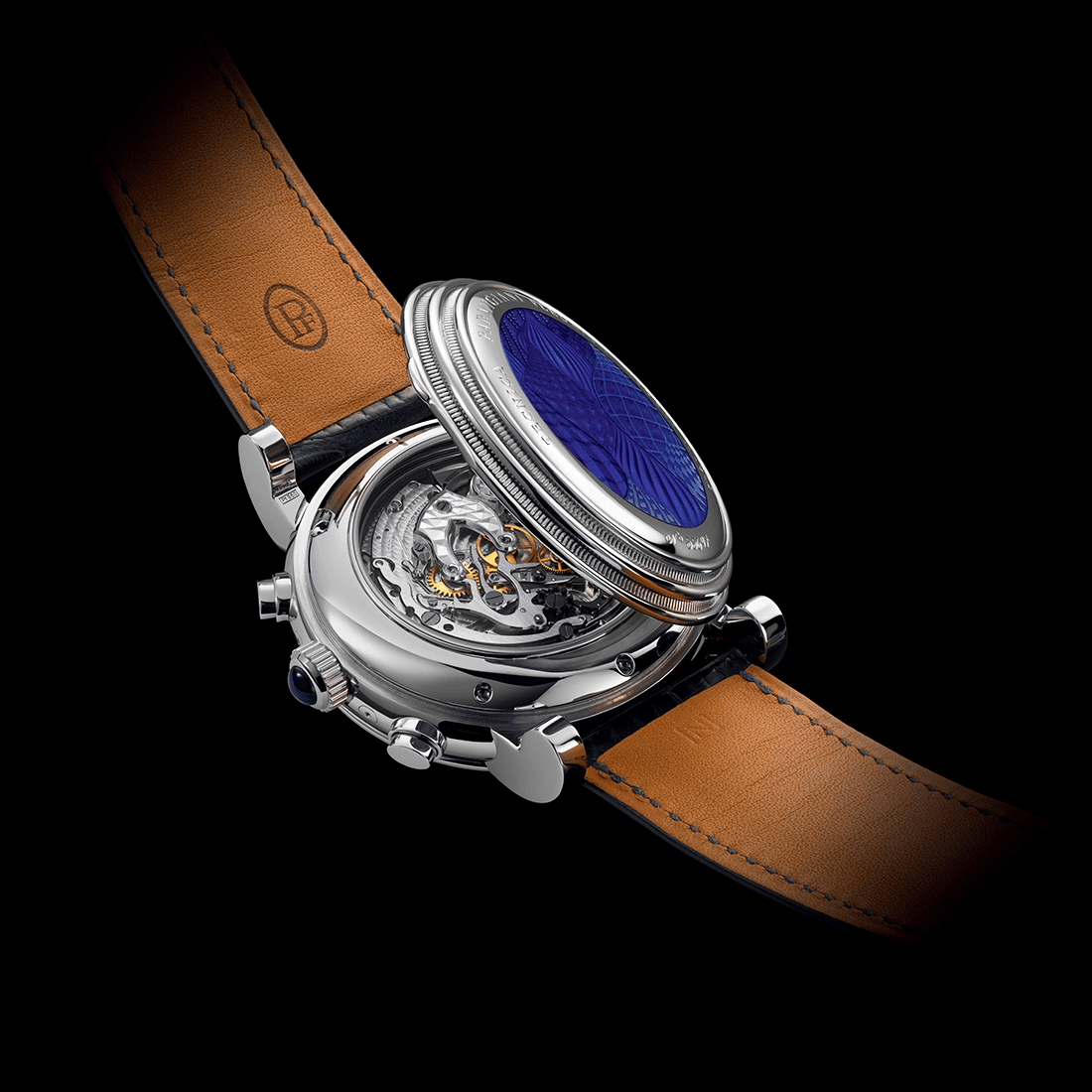 The manual winding Toric Tecnica Saint-Basile shows impressive refinement and a discreet air of elegance. It’s a timepiece whose value is self-evident but doesn’t flaunt its worth. Yet beneath lies a tourbillon, a perpetual calendar and a minute repeater. It’s a genuine jewel of Haute Horlogerie. The polished platinum case looks particularly handsome against the black alligator strap from Hermès.