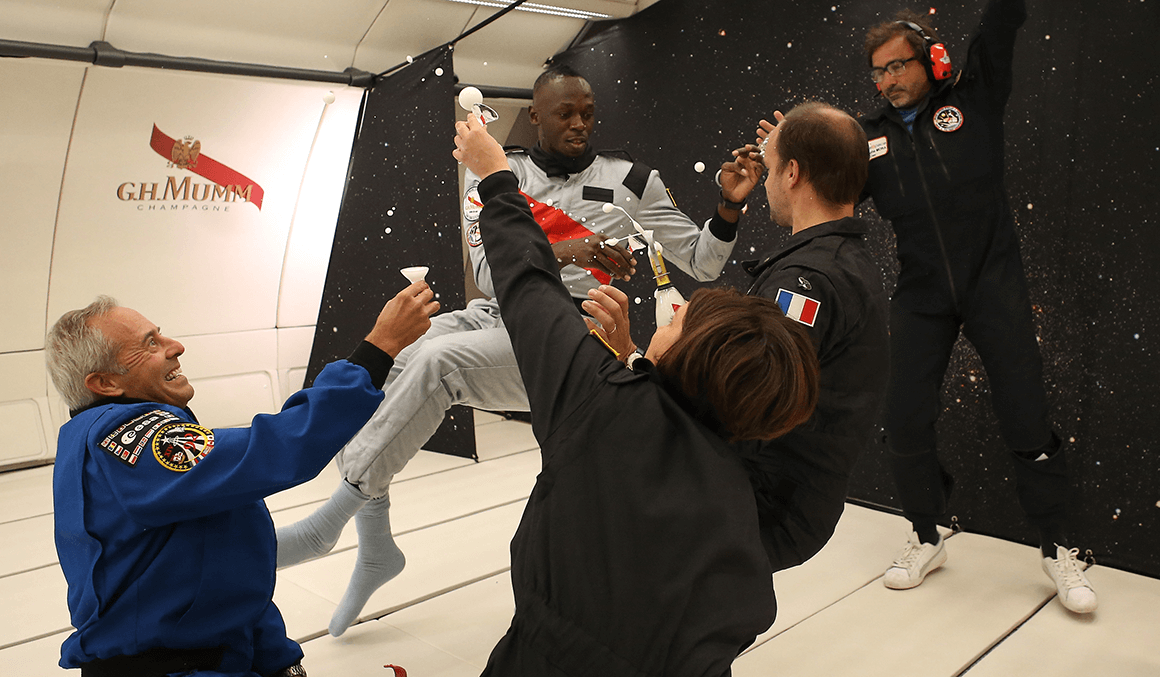 In September this year, innovative champagne brand Maison Mumm – alongside its C.E.O. (Chief Entertainment Officer), the one and only Usain Bolt – set a new record. The launch of Mumm Grand Cordon Stellar became the first champagne to be enjoyed in zero gravity, an unprecedented step.

Pushing the boundaries of daring has been part of Mumm’s DNA since the brand was founded in 1827, and its latest creation is certainly that – daring. Mumm Grand Cordon Stellar took three years of research and experimentation to bring the project to life. and is the result of a collaboration between Octave de Gaulle from design agency SPADE, which specialises in creating objects for use in space, and Jean-François Clervoy, a French ESA astronaut. Octave de Gaulle from design agency SPADE, which specialises in creating objects for use in space

The challenge of enjoying champagne in space is much more complex than one might first think. There are a number of key considerations, such as respecting the champagnes aromas, the tasting ritual and the specifications. Not to mention the constraints an absence of gravity can have on a gaseous liquid. Engineers, researchers, astronauts and oenologists were all required, including the aforementioned Jean-François Clervoy and Gérard Liger-Belair (professor at the University of Reims, world-renowned researcher specialising in the physio-chemistry of the effervescence of champagne). With their combined knowledge of the dynamics of fluids and capillary action, they were able to understand the terrestrial behaviours of Mumm Grand Cordon champagne.

The absence of gravity meant issues such as expelling the liquid from the bottle, capturing it once it came out, and how to drink it all needed solving. 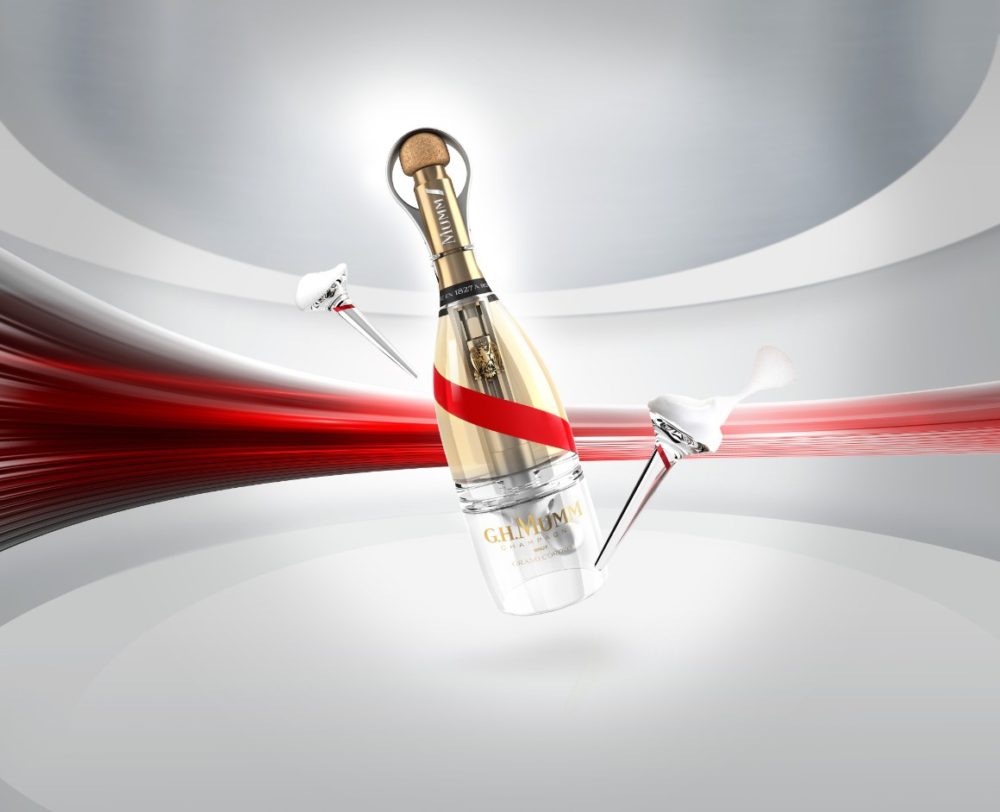 Naturally, the right materials are key as they can impact flavour, the expulsion of carbon dioxide and the formation of bubbles in the champagne. To maintain the standards of the AOC, SPADE selected glass, aeronautical-grade aluminium and stainless steel (the same metal found in the assembly vats at Mumm Grand Cordon in Reims) for their ability to adhere to complex specifications. Within, the double cavity of the glass bottle, the mechanised system contained within it, the ring mounted on the cork and the unique tapered-stem glasses were all carefully considered to reproduce the terrestrial tasting ritual. 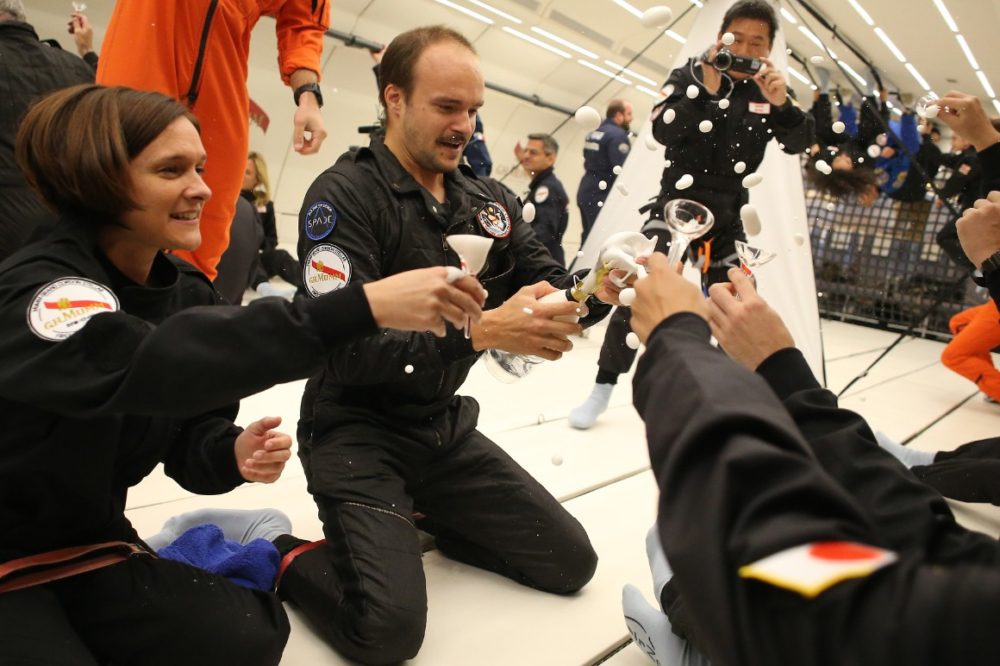 Interestingly, in zero gravity Mumm Grand Cordon took on new taste characteristics and unexpected sensations in the mouth. The champagne left the bottle as a foam to be inhaled, rather than sipped. This solution then turns to liquid, which coats the palate and tongue. The weightlessness resulted in a more concentrated and intense flavour profile – particularly with regards to the fruit notes.

An interesting experiment to say the least. And of course, for those of you considering a little space tourism and/or a trip on one of the first commercial suborbital flights it’s comforting to know that champagne can still be served. 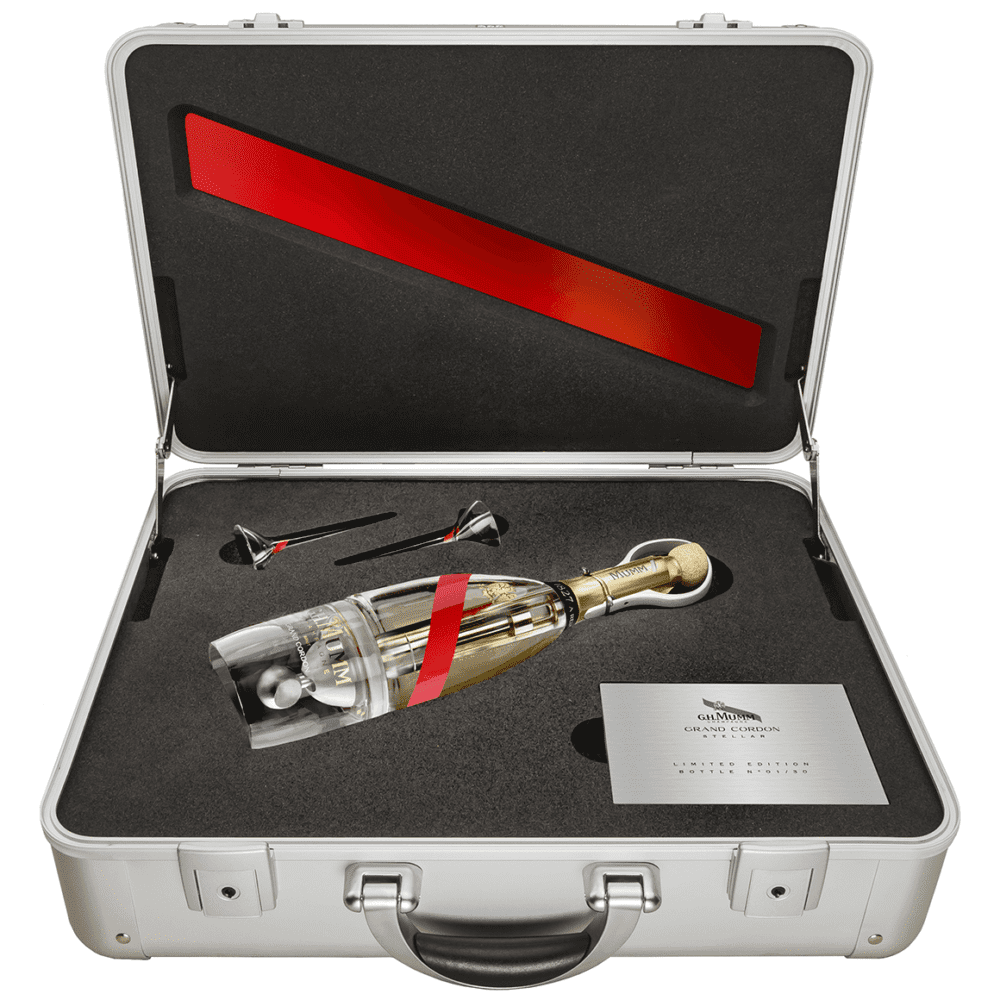 You too can can get your hands on a limited-edition bottle of Mumm Grand Cordon Stellar, housed in a space-age case, accompanied by two tapered-stem glasses – the bottle featuring the highly technological design developed to taste champagne in space. Just 20 editions of this exclusive case are available to purchase at the most high-end retailers around the world. The bottle does retail at €25,000 but for those of you not willing to stretch that far, fear not for there is a competition to win a taste of this space age creation. Everyone who buys a numbered bottle of Mumm Grand Cordon champagne will be eligible to enter a prize draw for a chance to win a place on a zero-gravity flight to experience sensations like no other. Winning numbers will be announced in January 2019.