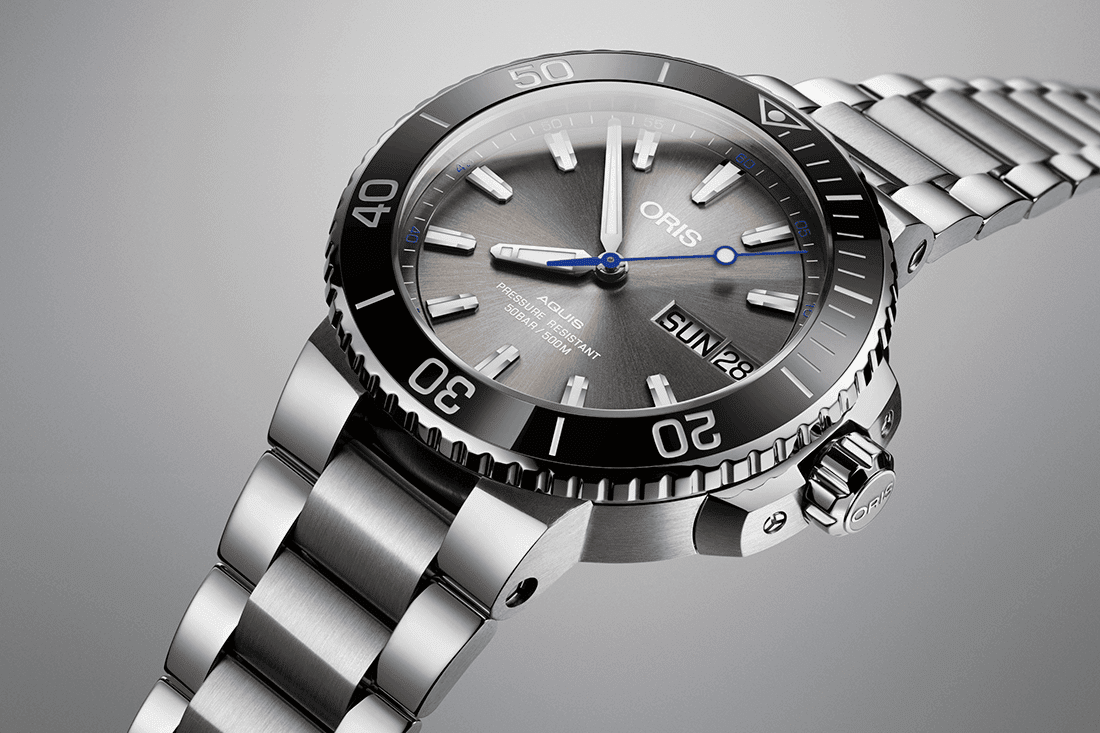 Oris, the independent Swiss watch brand are releasing a limited edition Hammerhead Watch. Not only does it look handsome but each sale, of the 2,000 units made, will help raise funds for Pelagios Kakunjá- a shark conservation project who predict that in 40 years time, sharks will be extinct unless something is done about it. 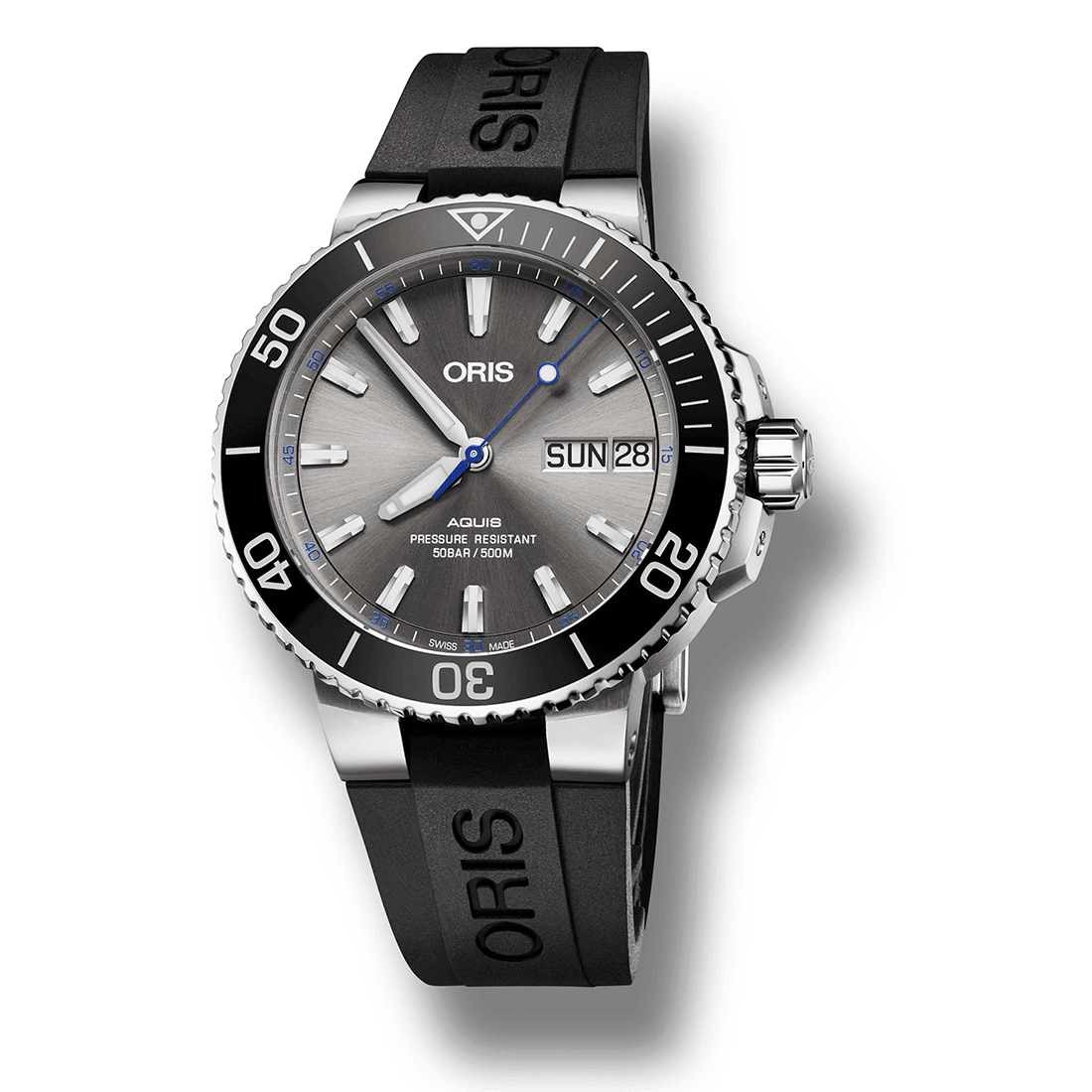 Specifically, and according to the International Union for Conservation of Nature, the global population of Scalloped Hammerheads has declined by up to 90 per cent over the last 30 years. The Swiss watch brand will help project scientists tag sharks using Oris funding for MiniPAT satellite transmitters. Each transmitter will track the sharks for six to nine months before being automatically released on a set date and floating to the surface, from where they will transmit collected data to satellites. This data will help scientists understand sharks better so they can advise government agencies on fishing practices. Fishing is one of the greatest threats to sharks, which can become entangled in nets while feeding. 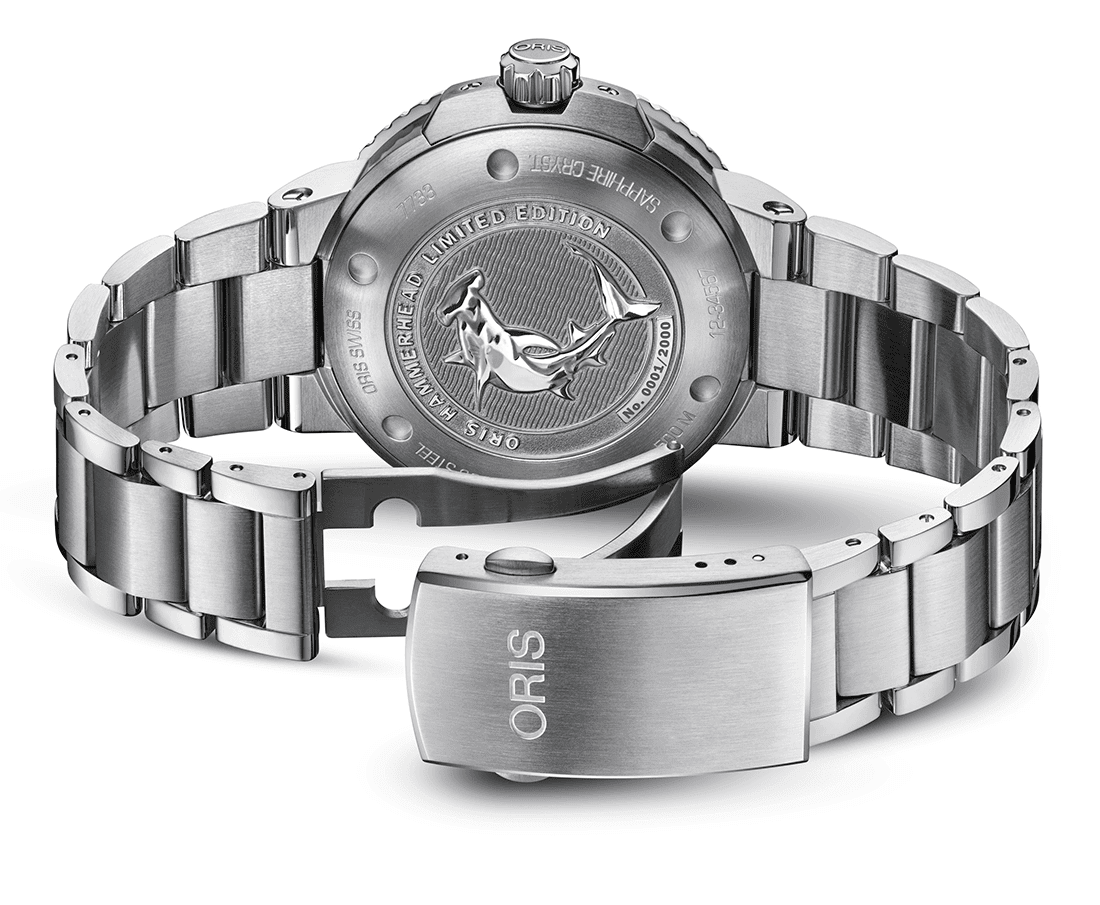 Oris first introduced its diver’s watch in the 1960s, and the Hammerhead Watch draws on this heritage by reflecting the colour of the ocean with a blue central seconds hand and a blue minutes scale around the outer edge of its grey dial. The case back is embossed with a hammerhead shark and the limited edition number.  The Oris Hammerhead is based on the second-generation Aquis collection, also launched this year. The new line picks up on the design of the original 2011 Aquis, bringing the same performance together with a more stylish silhouette. The new Aquis has a visually lighter feel than its predecessor. But it still offers a uni-directional rotating bezel with a black ceramic inlay, and water resistance to 50 bar (500 metres). 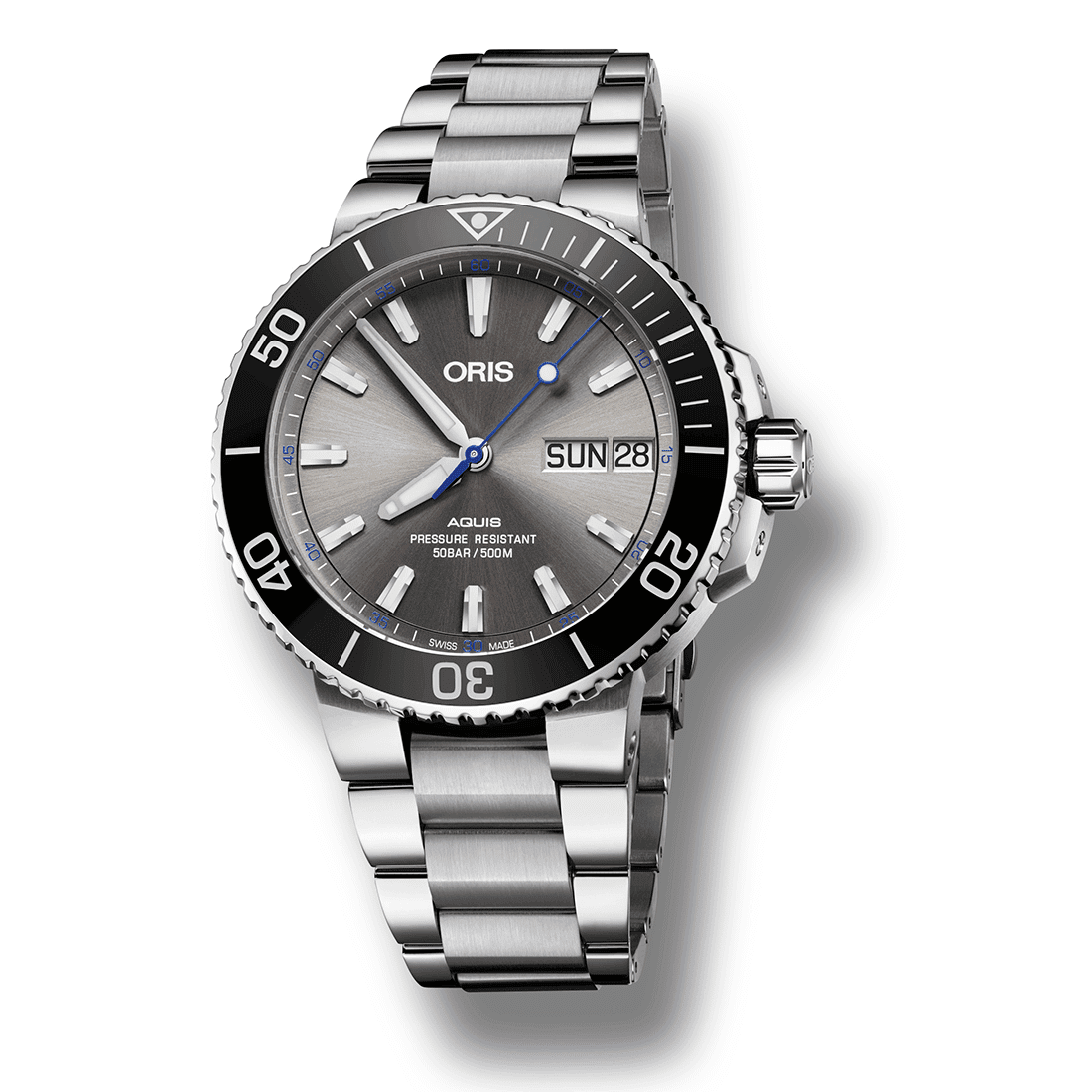 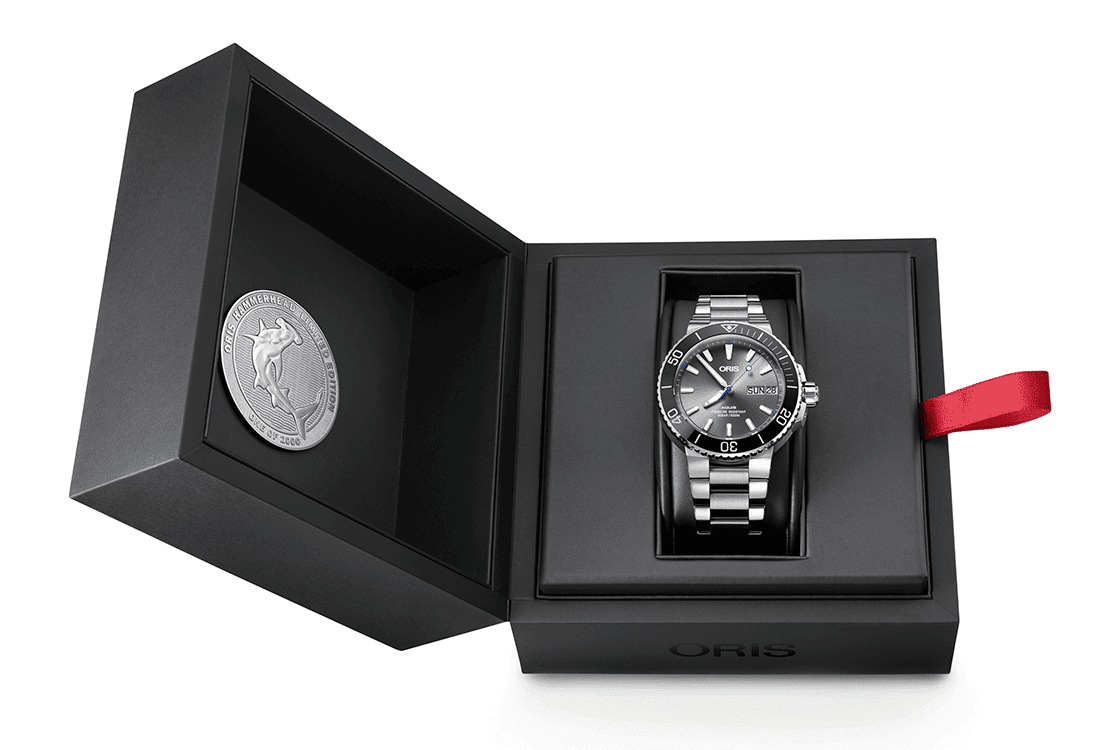