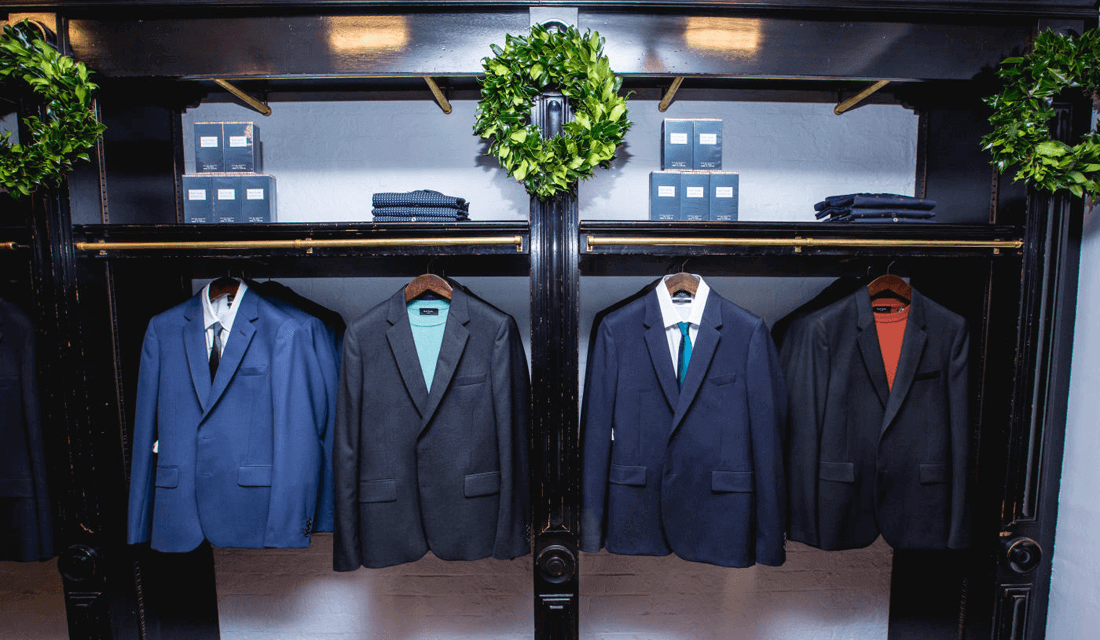 British designer Sir Paul Smith has built a reputation of a fashion designer championing British style and has won numerous awards while doing so. To legions of fans around the world he’s a enigmatic designer that brings a quintessentially British eccentricity to a world of tailoring and beyond. With the recently launch fragrance called Essentials, we thought it right to ask the man himself what his essential items are and what makes him tick.

As someone who travels a lot, his essentials are tailored to that, while also catering for his creative and designer led lifestyle of gaining inspiration wherever his is while needing to produce several collections a year. He admits that in regards to creating fragrance he never had a ‘walking along the beach epiphany moment’. But rather, during the designing process of the fragrance expressed what he likes and smells that evoke something in him. Then through a process of elimination it evolves into a new extension of the world of Paul Smith.

“Paul Smith (clothing) has always been about easy to wear kit and when naming the a new fragrance you’ll always find lots of bizarre names. I just wanted to keep it simple and thought Essentials would be nice to use. And so I pulled out a bunch of items that I use when travelling. First of up is the travel suit and what’s interesting about it is it’s made out of something called wool! Suits for traveling in are normally made out of a mix of wool and a lot of man made fibres to give it that elasticity. It’s been really successful.
And then there are these trainers that are really comfortable and made with a luxurious calf leather that’s really soft. I like to do this classic with a twist, so you can wear your suit trousers and then these trainers. It’s great with the travel suit as you can dress it up and dress it down. You can do it with posh boots and silly socks, or these trainers with navy blue socks and it’s very acceptable. Smithy has always been about ‘the twist’ and surprises and that’s always there.”

“I always use a note book with pen or pencil. I use an iPhone, but I don’t have an email account, I don’t use a personal computer, I just use note paper.  Swiss pen company Caran d’Ache heard that I use their pens and it’s their 100th anniversary this year – and because they knew I used the pens they asked if I could do some special colours for them. I did these washed colours, as most of the colours they use a black or white, or vibrant colours or primary colours.
I’m so disturbed by all the falseness that’s absolutely everywhere in the world at the moment. I find it’s really nice to do things that are truthful. I do use a camera every day, it’s the truth. My dad amateur photographer, I started taking pictures when I was eleven. So, I do use that and I do use the iPhone. I do use the Caran d’Ache pen. And they did ask me to do some colours for them. ”

“Everything I do is about doing classic with a twist”– Sir Paul Smith.

“And finally my rabbit – I’ve a little one here in my pocket. None of this would exist without my rabbit. Rabbits are good luck for me. My wife, every fashion show somehow manages to get get me a rabbit. She’s probably the world’s top expert in rabbits, especially in Austrian gold, which that one is. Before every show she would give me one. That’s the reason I’m standing here.
I was on the train in the 80s heading up to Nottingham with an American friend, looking out of the window. He said, ‘Why are you looking so intently out the window?’ and I said, ‘Rabbits. Because if I see rabbits it’s good luck for me’. 10 days later he sent me from New York a paper-mache rabbit and then he told somebody who told somebody, who told somebody and now we get between 6-20 rabbits a week.”

Paul Smith Essential
Traditional, woody & aromatic
A contemporary take on a traditional woody aromatic fragrance, Paul Smith Essential opens with a crisp, clean ozonic accord and an invigorating burst of yuzu fruit before a trio of intensely aromatic notes (rosemary, clary sage and lavender) emerge to give Essential its distinct and deliciously herbal character. These, in turn, give way to a warm, masculine and woody base, while musk gives Essential a sensual edge.