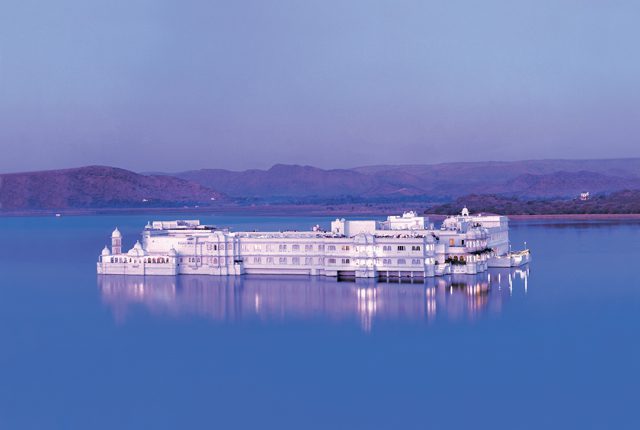 In honour of the success of Ian Fleming’s protagonist James Bond over the last 50 years and in particular the latest instalment; Skyfall, we have a created a selection of the most iconic hotels 007 has stayed in – from Europe and the US to India.

Roger Moore’s Bond snuck into the Taj Lake Palace and encountered its owner, the wealthy and nefarious Octopussy and her troupe of spandex-clad protectors. James Bond, had to stay the night – with Octopussy, of course.

The Taj Lake Palace formerly belonged to a maharajah, and its ornate white marble structure is reflected in Lake Pichola. Located in Rajasthan – India’s ‘land of kings’.

The Man with the Golden Gun 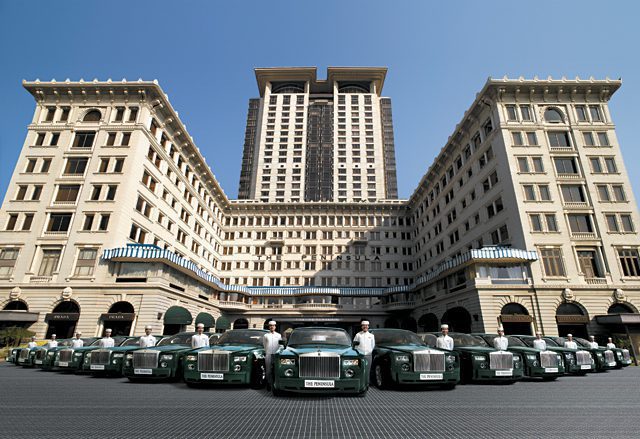 The Peninsula Hotel, is where James Bond confronts Andrea Anders – Scaramanga’s mistress in The Man with the Golden Gun. Goodnight tells an impressed Bond about the fleet of green Rolls Royce limousines owned by the hotel.

Known as ‘The Grand Dame of the East’, The Peninsula Hong Kong has a helipad on the roof of the hotel which escorts guests to and from the airport, or around the island. In addition, the hotel owns the oldest luxury shopping arcade in Hong Kong. 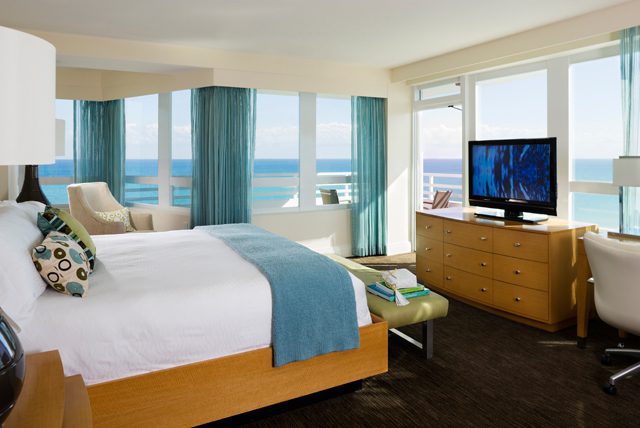 Sean Connery’s Bond experienced the Fontainebleau in Goldfinger, but Jill Masterson was less fortunate; it was here that she was painted gold by Oddjob. The film opens with an aerial shot of the hotel, showcasing a building that has been voted among America’s favourite pieces of architecture.

Since Goldfinger’s appearance at the hotel, Fontainebleau has undergone a $1 billion refurbishment whilst paying tribute to its 1950s splendour. 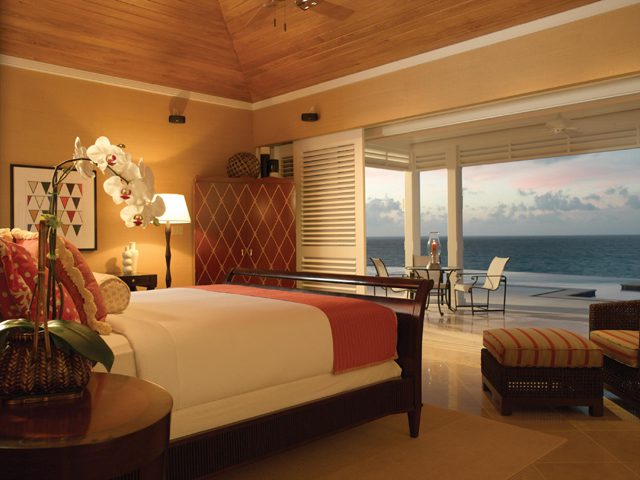 Daniel Craig emerged from the sea onto one of this resort’s pristine beaches. In Casino Royale, Bond found time for a little rest and relaxation at the One & Only Ocean Club in the Bahamas.

The hotel was once a private estate, but now boasts manicured golf courses, perfect beaches and tranquil gardens that are based on the Palace of Versailles. It specialises in fresh seafood feasts and even has its very own casino.

The One & Only Ocean Club, Bahamas.

The Spy Who Loved Me 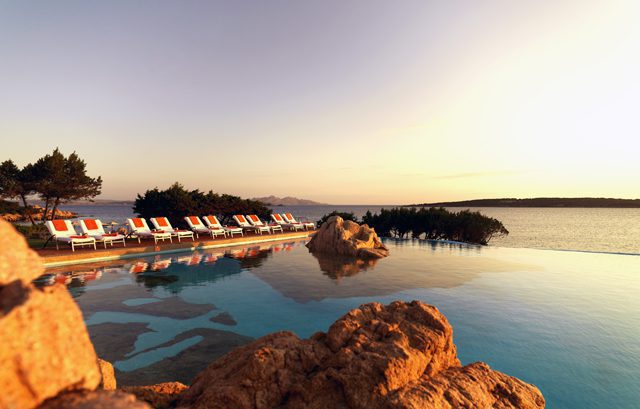 James Bond’s chase scene in The Spy Who Loved Me culminates in Roger Moore driving his Lotus off the pier of the Hotel Pitrizza in Sardinia. The car transforms into a submarine and Bond lives. 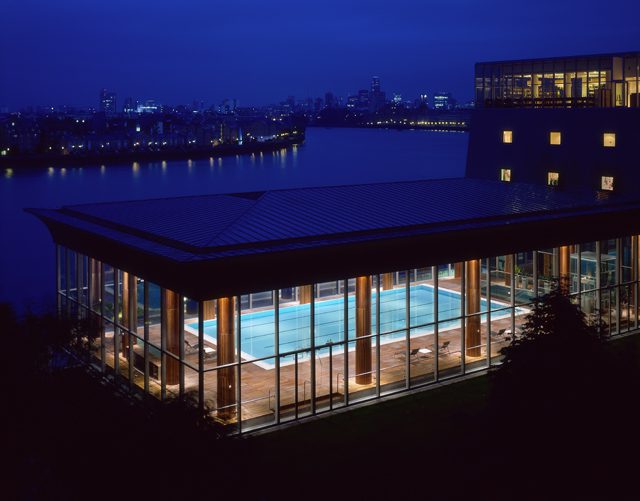 The Four Seasons at Canary Wharf features in Skyfall, where the stunning swimming pool – complete with a view of the city, plays host to James Bond.

The Four Seasons in Canary Wharf is set amidst the hustle and bustle of the area’s vibrant bar and restaurant scene. However, for dinner, the choice should be an easy one, as the hotel’s Quadrato Restaurant serves delicious modern Northern Italian cuisine, and guests can opt for a nightcap on a patio overlooking the Thames.

Ape to Gentleman would like to thank our friends at the Kiwi Collection – specialists in luxury hotels, for compiling the above list and imagery. The “Kiwi Advantage” formed through their relationships with hotel owners and managers means many hotels in their collection offer guests personalised service and extras.

Extras include perks such as complimentary upgrades, welcome gifts, early check-in and late check-out, spa or food and beverage credits, or perhaps even a bottle of champagne waiting for them on arrival.