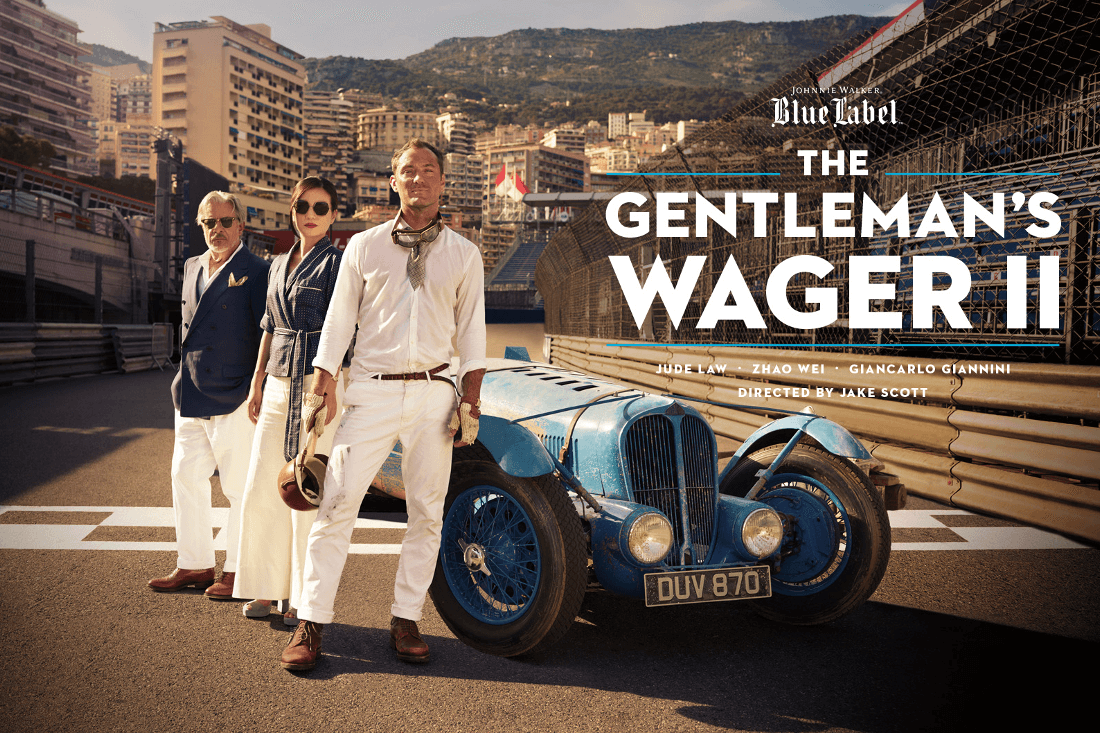 Johnnie Walker Blue Label Whisky has released the first trailer for its upcoming film “The Gentleman’s Wager II”, it looks to follow up on the success of its first film by pushing its brand into new markets with more cinematic advertising.

Launched on 31 October it once again stars Oscar-nominated actors Jude Law and Giancarlo Giannini who will this time around be accompanied by acclaimed Chinese actress Zhao Wei.

Jude Law returns and from the trailer, it appears as though it will have a similar narrative to the first “gentleman’s wager”, except that, instead of trying to win a boat, Law’s character wants to win a Delahaye 135S vintage racing car with only his driving skills and a healthy dose of good will.

The trailer entails a race from Southern Italy to Monaco in just 24 hours, Jude invites his co-star to agree a gentleman’s wager with him over the car; which he accepts. Racing through the countryside in the classic car the trailer sees Jude meet Chinese actress Zhao Wei.

The film is part of Johnnie Walker’s ‘Keep Walking’ mantra which uses the strapline ‘Joy Will Take You Further’. The brand hopes that it will push its theme of happiness as the fuel to success rather than the hard grind.

Article sponsored by Johnnie Walker but all thoughts are my own.