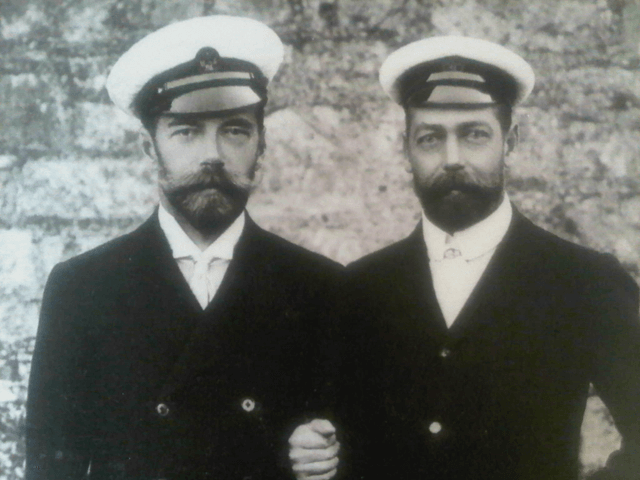 Perfumes are an ancient royal perquisite. The Priest-Kings of the great ancient civilisations were probably the first humans to fragrance their bodies, lathering them with burnt woods and spices to please the nostrils of their gods. The perfume industry began as an exclusively male affair. As in the animal kingdom, the alpha male was more amply scented than his mate as part of his regal regalia; he displayed a more flamboyant adornment – his Crowns of the Two Lands, his unguents and oils were the human equivalent of the magnificent facial flanges of the orang utan and the more orthodox beauty of peacock’s tail and lion’s mane.

From Egypt to Imperial Russia, the incense-wreathed sovereign blessed the waters of the rivers to ensure national fertility. When in more recent times the British Prime Minister Joseph Chamberlain or King Alfonso of Spain sported an orchid button hole did the wearers subconsciously recall that the exotic flower is named from the Greek word for “testicle”? We offer you 10 royal fragrances for Man, Lord of Creation, from Les Senteurs, the Premier of Perfume:

Creed have a unique pedigree of over 250 years as suppliers to Kings and Emperors: George IV, Napoleon III, Franz Josef and Tsar Nicholas II were all on their mailing list. Royal Oud is darkly dramatic and bang up to date as it explores the perfume oil of the moment; the smoothly musky Millesime Imperial was created to celebrate 140 of Imperial service; but I’m going to propose the cracked ice citric Royal Water for princely application. Frosted and invigorating, this is a revolutionary hesperidic eau de parfum based on golden grapefruit and lemon with cocktail hints of mint, basil and black pepper. I love its lasting power – rare in a citrus scent – and its wonderful chill: as reviving and stimulating as a cold shower.

Bois Blonds by Atelier Cologne is both discreet and emotive. The brand and the formula both reference the 700 year old history of cologne which started c.1380 with the invention of Queen of Hungary Water, a non-gender specific herbal splash which captivated medieval Europe. Light, dignified and immensely stylish Bois Blonds uses some of the oldest oils in the perfumer’s palette, ingredients known since antiquity: orange flowers, neroli, vetiver and transparent incense, grounded in scented woods. Just as a royal lady’s face must not be obscured by her hat, so a Prince must not be overwhelmed by his fragrance: always remember, the world is interested in you rather than your scent. Bois Blonds enhances your presence as a frame does a painting.

The rose has been our national flower since at least the days of Henry VIII, in youth the handsomest prince in Christendom. Henry would have washed in rosewater and certainly in the Middle East today men have no inhibitions about perfuming themselves with rose. Don’t forget it has the properties of awaking female sexuality and works as an aphrodisiac for both sexes. Une Rose is a cracker if you fancy breaking new olfactory ground. Sweet Turkish rose absolute is undercut by a succession of bitter sharp notes of camomile, patchouli, vetiver and castoreum. (The last oil used to be obtained from the back end of the Canadian beaver but I can assure you that today it is invariably synthesised). The base of the perfume is a an intoxicating inhalation of wine lees and black Perigord truffles, the apertif of a royal banquet; the smell of indulgence.

Houbigant was founded in the 1770’s and supplied Louis XVI and Marie Antoinette with scented goods. Fougere Royale has been going for  130 years and has its own place in history as the world’s first “modern”perfume – ergo using synthetic notes. Recently reconstructed and repackaged in a fabulous flacon which would not shame Versailles Fougere Royale is the original and eponymous fougere, built on the now classic accord of lavender and coumarin. Green spicy notes of geranium sparkle among the darker pleasures of patchouli and oak moss, sweetened with rose and tonka. Fresh, ample, dignified and deeply satisfying.

5. Back to Black by Kilian

Black is a colour of such drama and emotional resonance that some kings and princes have banned it from being worn at their courts; others (like Philip II of Spain) have made it their personal signature colour. Kilian’s showstopper introduces fragrant tobacco from Philip’s South American colonies and blends it audaciously and sensually with honey, vanilla, patchouli, incense and vetiver. The mesmerising result is simutaneously pervasive but subtle; rich, uplifting and elusive. If you’ve always fancied trying an oriental but have been deterred by the egregious flamboyance of the genre, try Back to Black: I think you’ll be converted by its voluptuous aromatic dignity.

A tribute to the legendary Prince of Attica who slew the Minotaur, married the witch princess Medea and roamed the Mediterranean looking for new worlds to conquer. A floral chypre which kicks off with psychotropic nutmeg, black pepper and sage before expanding into a heroic heart of powdery iris, jasmine, ambery cistus and patchouli. The base is a sumptuous medley of musk, agar and leathers. Alexander the Great is said to have naturally sweated the odour of violet, the city emblem of Athens: the supermen of antiquity were not afraid to perfume themselves with blossoms. Hyacinths and anenomes sprang from the blood of dying young sportsmen beloved of the gods while the heartless Narcissus metamorphosed into a fragrant white flower.

7. Seplasia and Nero by Bruno Acampora

Scent yourself like a Roman emperor with these two Bruno Acampora perfume oils. Powerful, pure and intense – just like the Duke of Cambridge – these oils can be applied direct to the skin, diluted with other carrier oils or body lotions – even added to an extravagant and decadent bath. Seplasia evokes the odours of the Emperor Tiberius’ palace on Capri with endless terraced cliff gardens of flowers and fruit, falling in cascades to the sea: neroli, bergamot, ylang ylang, vetiver, rosewood, violet, lemon and geranium.

Nero is darker, more sombre: a woody spicy oriental (your second option on this list) which kicks off with a glowing golden sunset of saffron and grapefruit fading into the dusky warmth of amber, cedar and aphrodisiac patchouli.

“Maybe they should have hanged the Kaiser…” my grandmother was still saying when I was an infant. Knize is a Viennese tailoring house which once kitted out Wilhelm II and his military Court. The brand fragrance came out in 1921 and is still packing a punch 90 years later. Almost a parody of Prussian masculinity (perhaps significantly, Dietrich was once a client)

Knize Ten is a rip-roaring fanfare of leathers, cedar and patchouli, emboldened with arousing animalic notes and sweetened with clove carnation, jasmine and a rose that is hard to find but which climbs the interior spine of the perfume. Knize Ten is a fragrance I love to show the uninitiated: the rapidly succeeding facial expressions of shock, amusement and captivation are a joy to see. And it’s very intense: ask for a small size. It will last.

This one is an eccentric sleeper for those who still hold with the Divine Right of Kings. The Holy Child, the hope of the dynasty, is a curious confection but don’t be put off by the whimsical eccentricity of its presentation: there’s an addictive and original fragrance in there. Tobacco scents are a perfume sub-group which was inaugurated by Caron Tabac Blond (£105/ 50ml) in 1919. Here is another interpretation: tobacco served unlit and cold, contrasted with the freshness of rosewater and orange flower, thickened with mocha and musk. And something more: I smell mimosa or cassie in there, and maybe green almond. Something woody, intense and damply powdery. Intriguing and ever so slightly mad. Attractively so.

James Heeley is a modest genius who deserves continuing exploration by all fragrance fanciers. Oceanic perfumes have been around for over 20 years but here’s one that’s totally different: as fresh and breezy as a morning at Cowes with George V and the Tsar in 1909, the pennants flying on all the royal yachts and everyone crisp in white linen, ducks and navy blazers. (Who of the onlookers would have imagined that beneath their dapper outfits the lookalike imperial cousins were extensively tattoed in blue serpents and dragons?). Sel Marin is a small masterpiece of impressionist understatement: sunny lemon notes lead into cool glassy green memories of seaweed, salt and birch with the warmth and purity of white sand. Ideal for holiday mornings or to calm you on a hot day in the office.