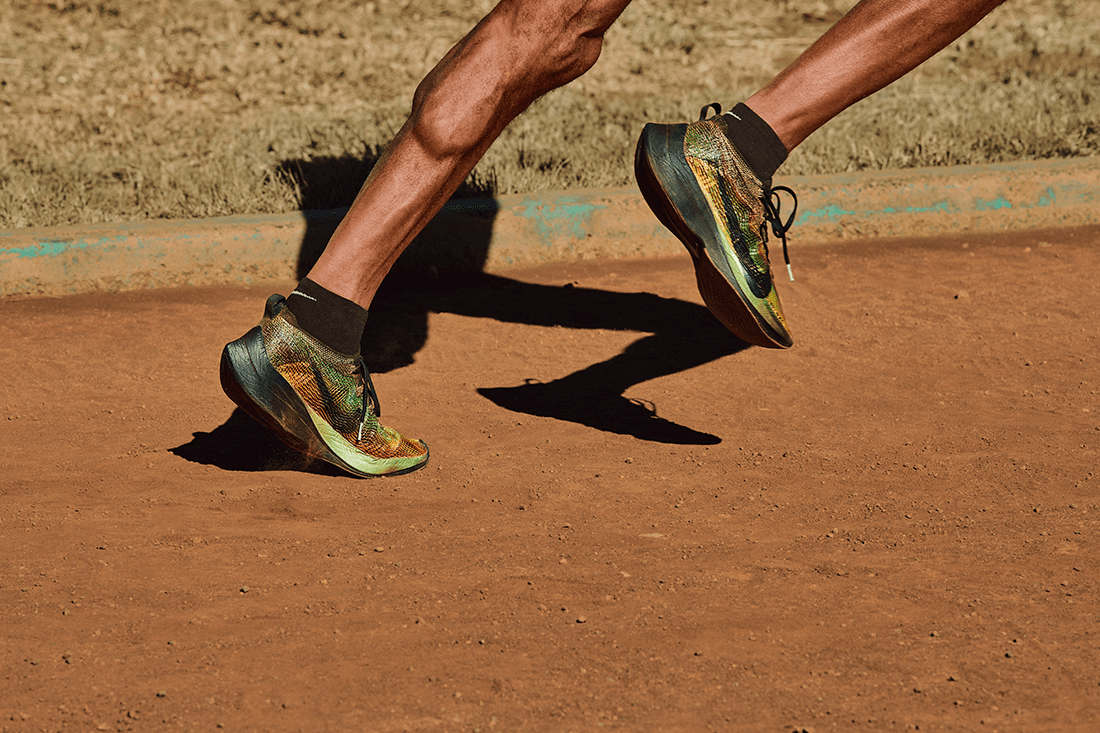 Nike have just announced its Zoom Vaporfly Elite Flyprint shoe. It will be debuted by Olympic Champion Eliud Kipchoge and other elite athletes during the London Marathon this Sunday.

The Evolution of Nike Flyprint

The shoe is an evolution of last year’s Vaporfly Elite, made famous during Breaking2 – a process where Nike athletes attempted to run a sub-two-hour marathon. Eliud Kipchoge, Lelisa Desisa and Zersenay Tadese after months of testing and analysis were determined to be physically primed for the challenge. Nike’s Breaking2 team of coaches and scientists then optimised rather than radically changed their daily training and fueling. Kipchoge finished with a time of 2:00:25, 2:32 faster than the current world record. Clearly not sub-two-hours but the partnership represented a shift-change. Beyond just footwear, Nike delved deeper into athlete training and eating habits. The start of a closer partnership. Nike have always had athlete feedback, I can imagine Cristiano Ronaldo and Rafa Nadal are fairly instrumental in their shoe design via feedback. And Flyprint, as alluded to earlier, is the evolution of this partnership. 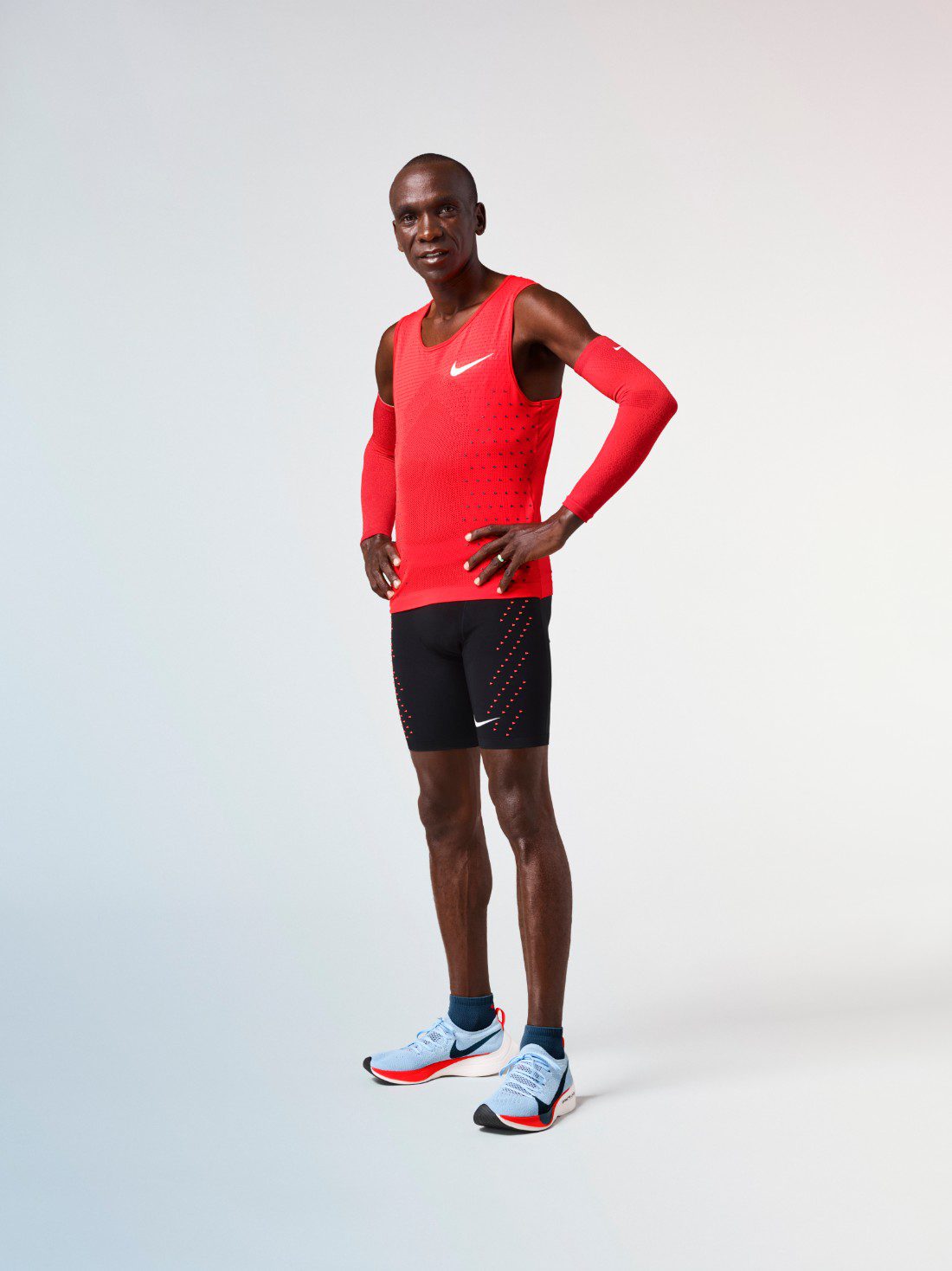 Specifically with the Zoom Vaporfly Elite Flyprint shoe, Nike again turned to Kipchoge. Who in September of 2017 in Berlin, ran the fastest marathon ever. Battling heavy rain and 99% humidity he finished first but there was no world record. Analysing the race, Nike learned is “perfect” Zoom Vaporfly Elite shoes absorbed water. Water which wasn’t able to evaporate, so it added weight. To solve the problem, Nike introduced Kipchoge to Nike Flyprint. The infant version at least. Where in Kenya the distance runner trialled and fed back data to Nike designers. Nike tell us that Kipchoge told designers he fell in love with the feeling of air flowing across his foot and because of that, he’d run in these shoes rain or shine. 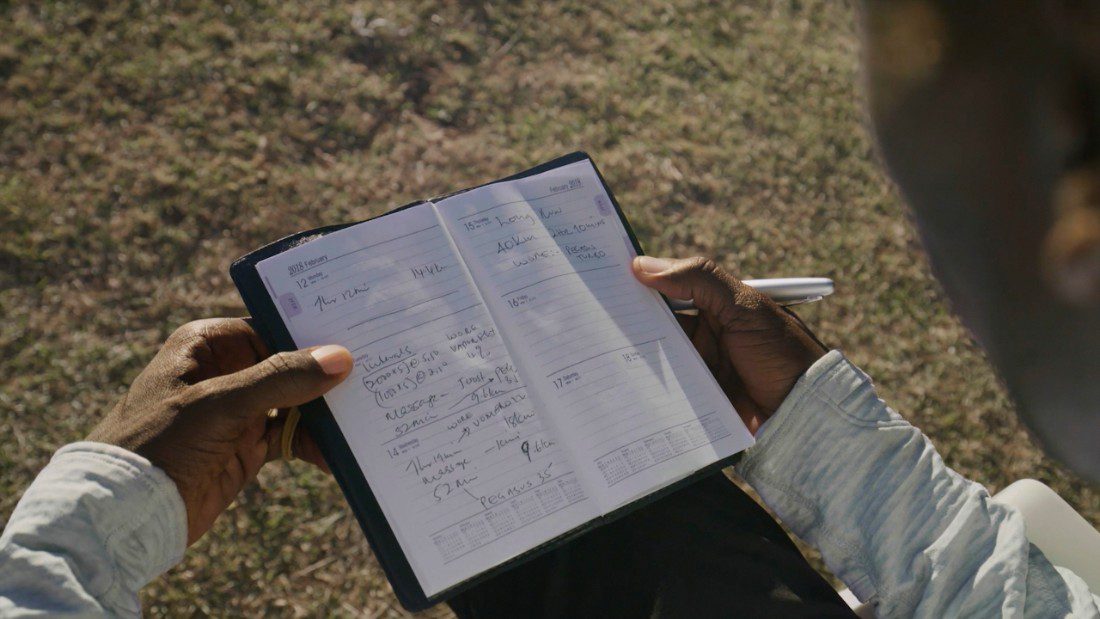 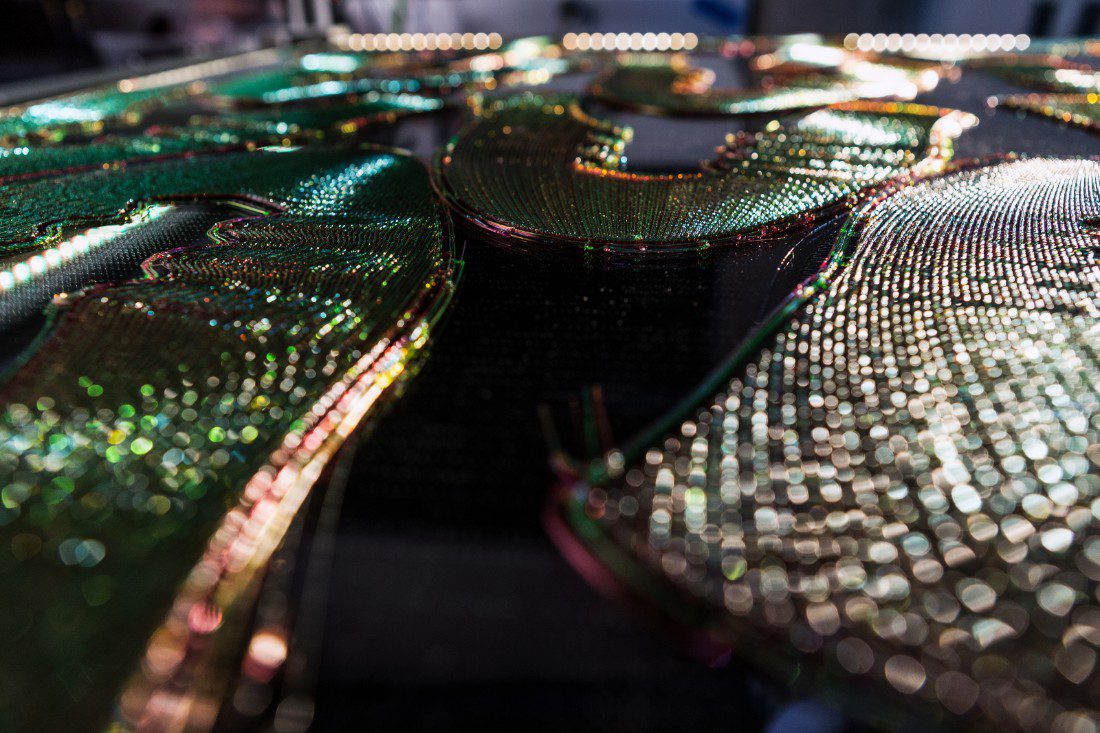 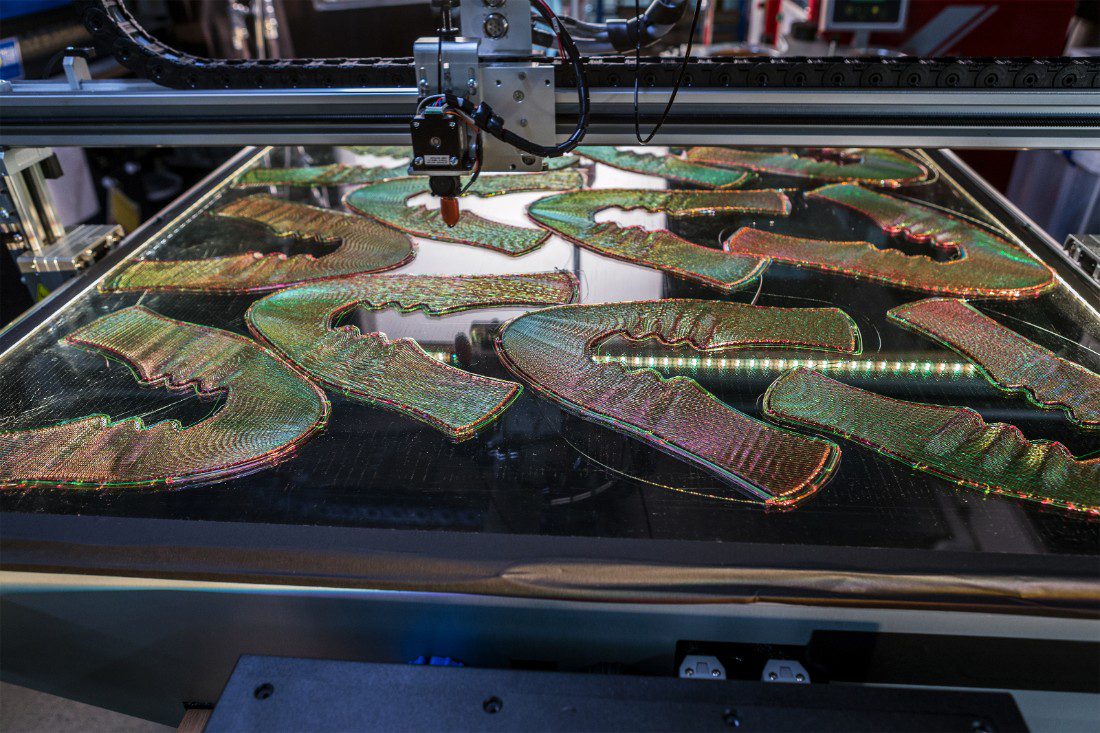 Nike Flyprint specifically is the first 3D-printed textile upper in performance footwear. In layman’s terms, Nike Flyprint uppers are produced through solid deposit modeling (SDM), a process whereby a TPU filament (rubber-like material) is unwound from a coil, melted and laid down in layers. Much like a 3D home printer. Where it gets impressive though – Nike can refine the materials’ composition according to captured athlete data. The result, an exacting fit and optimised performance – a bespoke shoe if you like, to accelerate athletes across a variety of areas:

Interestingly and for those wondering, the textile also works seamlessly with other materials including Flyknit yarns. This provides optimal balance of fit and structure. In fact, Flyknit yarns can be engineered to thermally bond with the Flyprint textile, eliminating any need for unsightly glue or stitching. 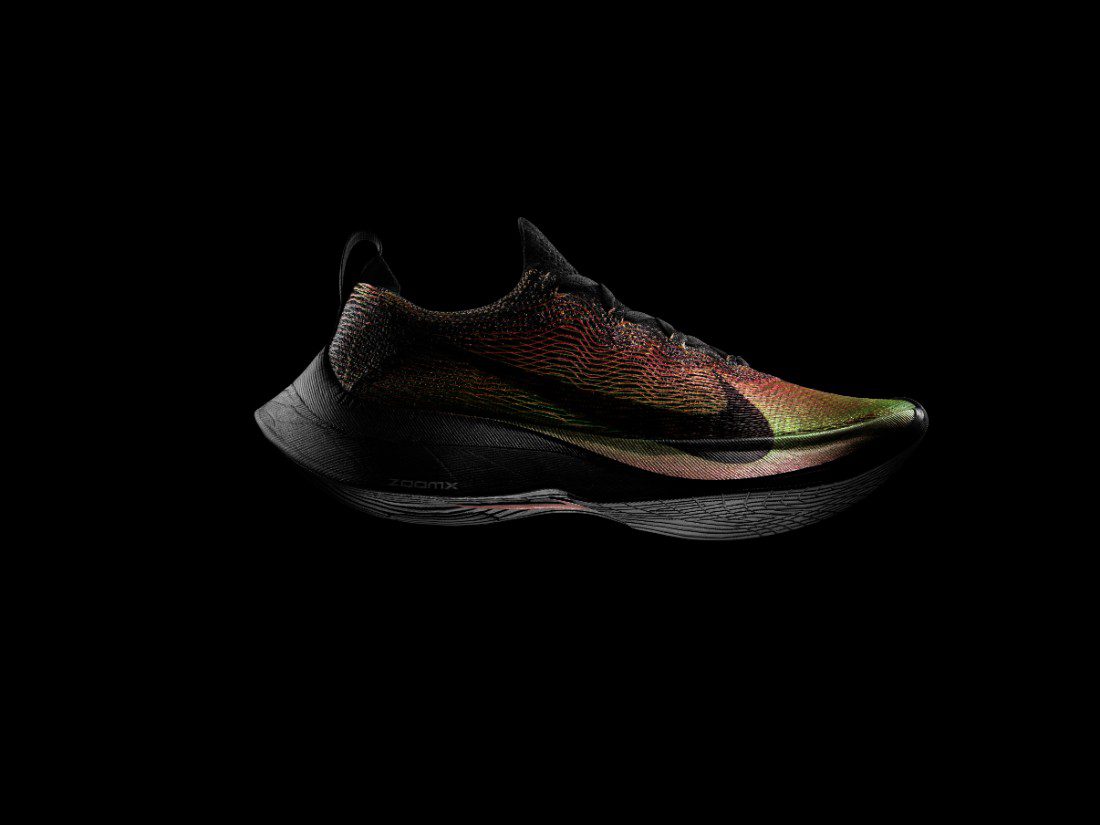 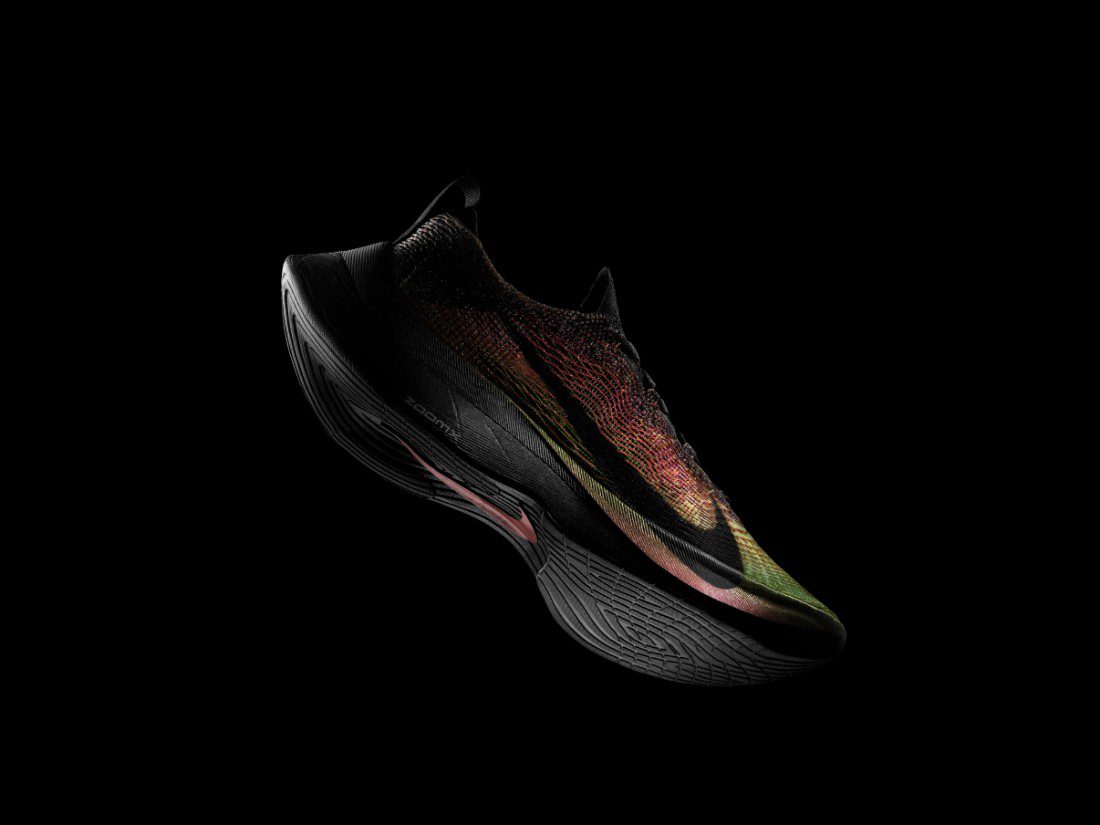 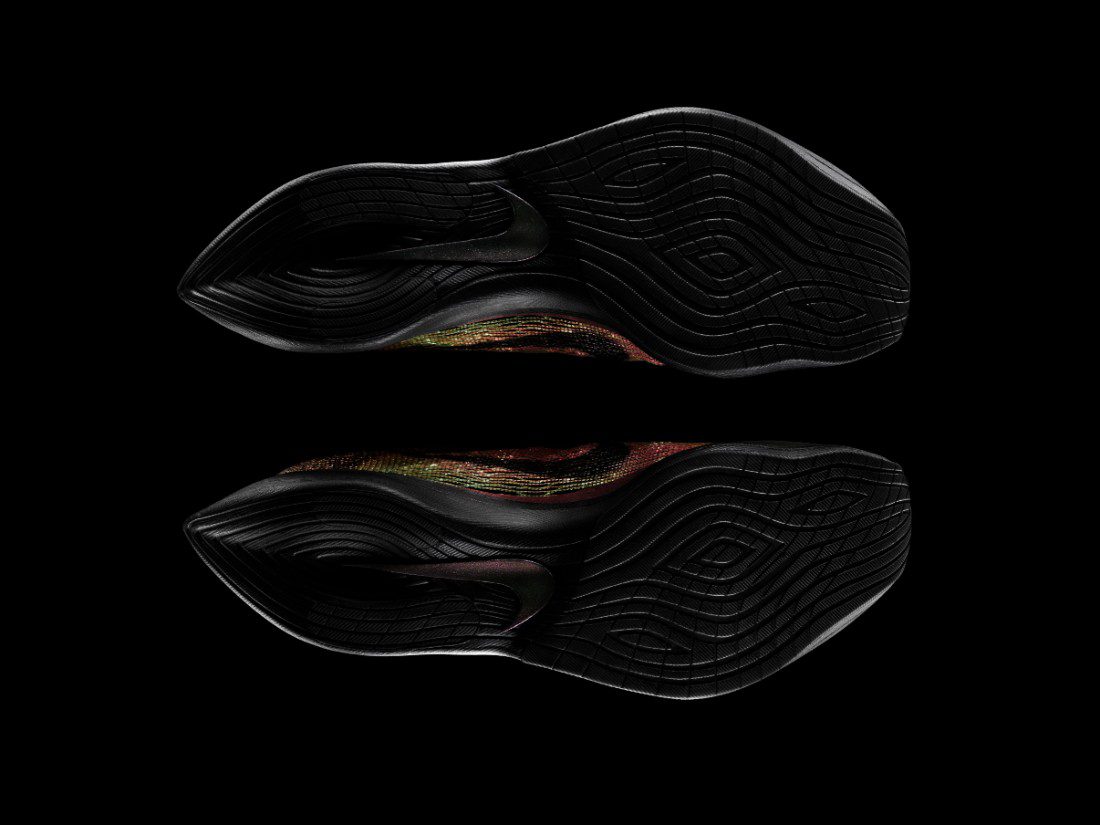 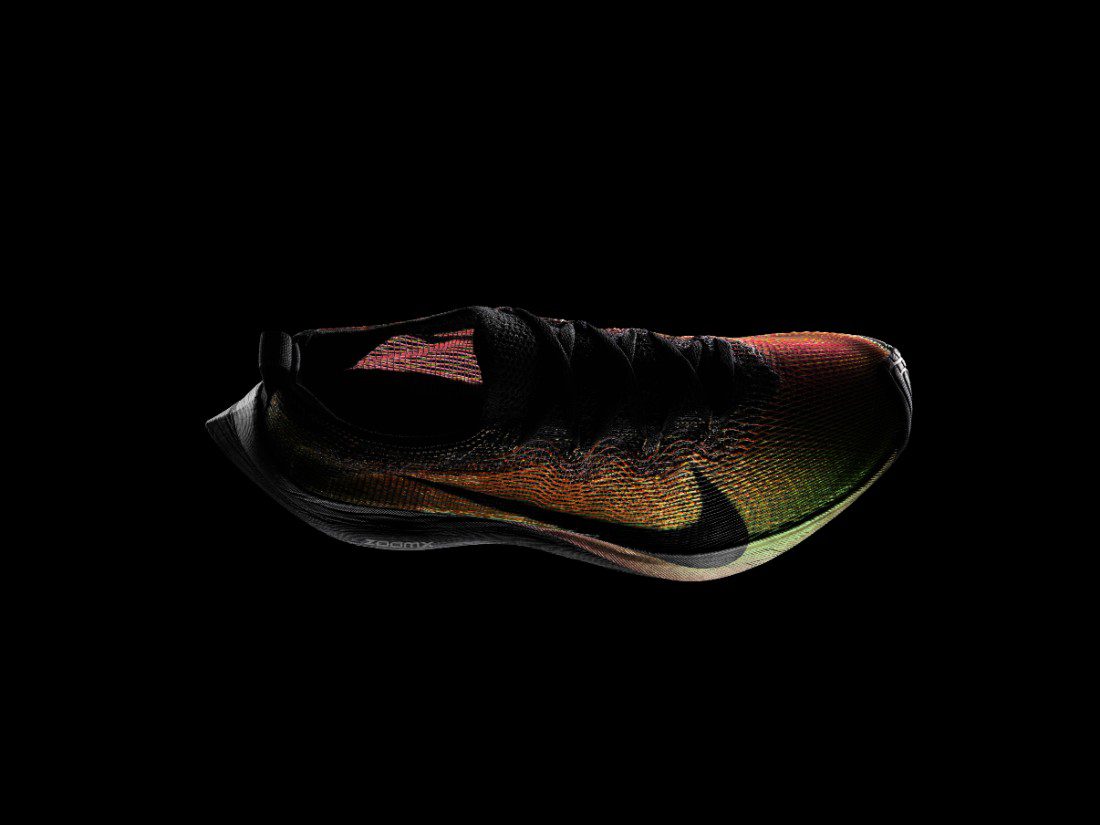 Kipchoge will race his next marathon on April 22 in London wearing his Nike Zoom Vaporfly Elite Flyprint. That weekend, a limited run of the shoes will be sold in London through the Nike App to the public. These will be a ‘standard’ fit version, to suit the every-foot. How Nike will bespoke customise these for the public – we await details from Nike. We can only presume via NIKEiD. *Update from Nike, “the very limited amount that are going on sale will be a standard fit but we will be utilising and developing the technology for upcoming designs.”