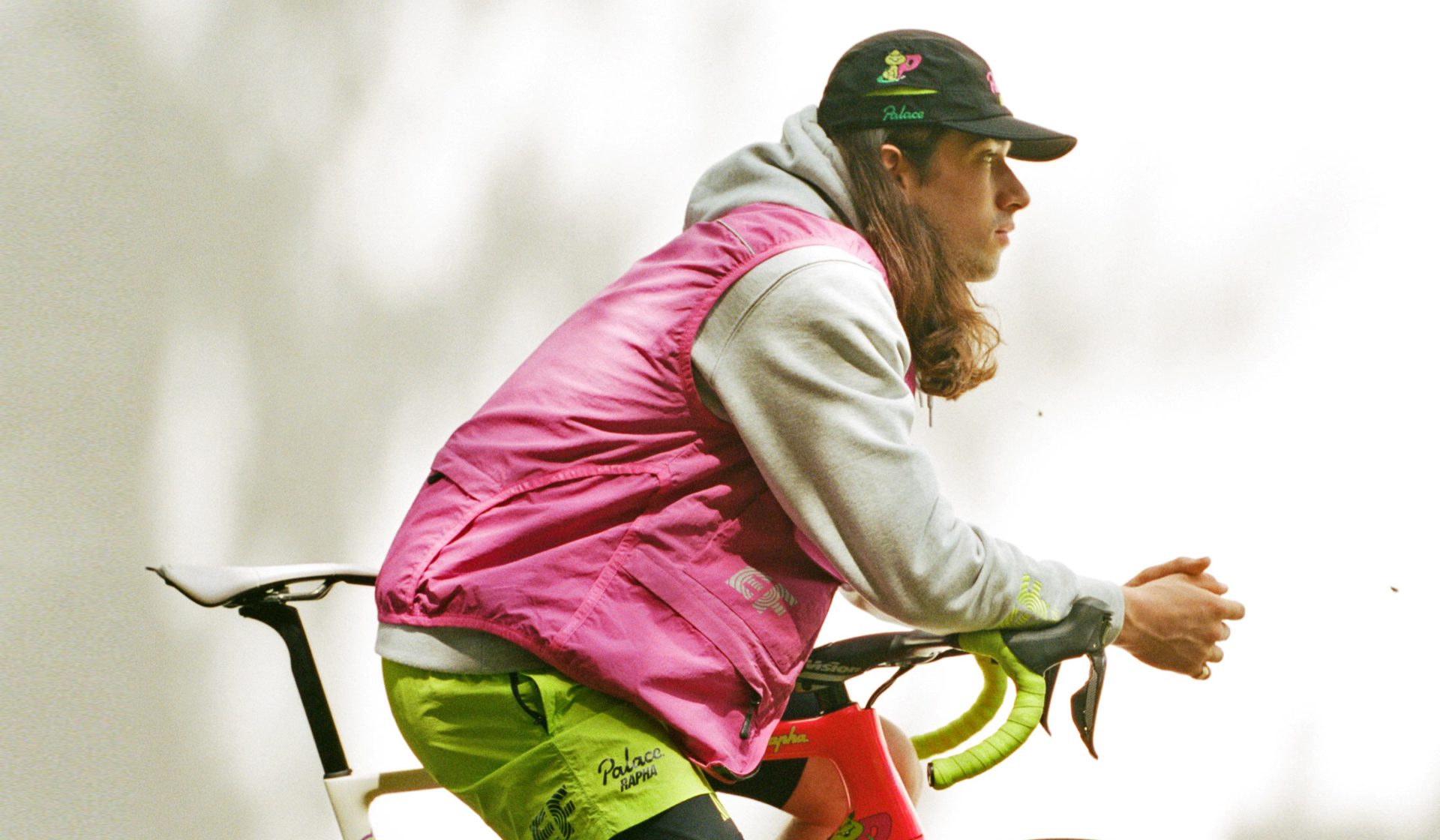 Sir Bradley Wiggins called it the best Tour de France of his lifetime, which is a big statement coming from a man who has previously won it. We’d be hard-pushed to disagree though. This year’s Tour was a particularly memorable one for many reasons: Wout Van Aert’s incredible final pull on Hautacam, Tom Pidcock’s eye-watering descending on the Col du Gailbier, and rivals Jonas Vingegaard and Tadej Pogačar’s mid-race handshake to name a few. But for fans of fashion, the 2022 Tour de France stood out for another reason.

This year saw the second collaborative project from aesthetically-minded cycling brand Rapha and fashion-forward skate label Palace. Having previously designed kit for EF Education-Easypost (previously EF Pro Cycling) at the 2020 Giro d’Italia, the two brands came together once again to produce the team’s 2022 Tour uniform. As part of the collaboration, a wider collection, including everything from a windbreaker to co-branded Crocs, was released to the public. But this wasn’t your average cycling-kit release – it sold out in seconds. Trying to get a slice of the action was reminiscent of browsing the Supreme web shop on a drop day circa 2015 and, similarly, pieces were fetching outrageous resale prices almost immediately. 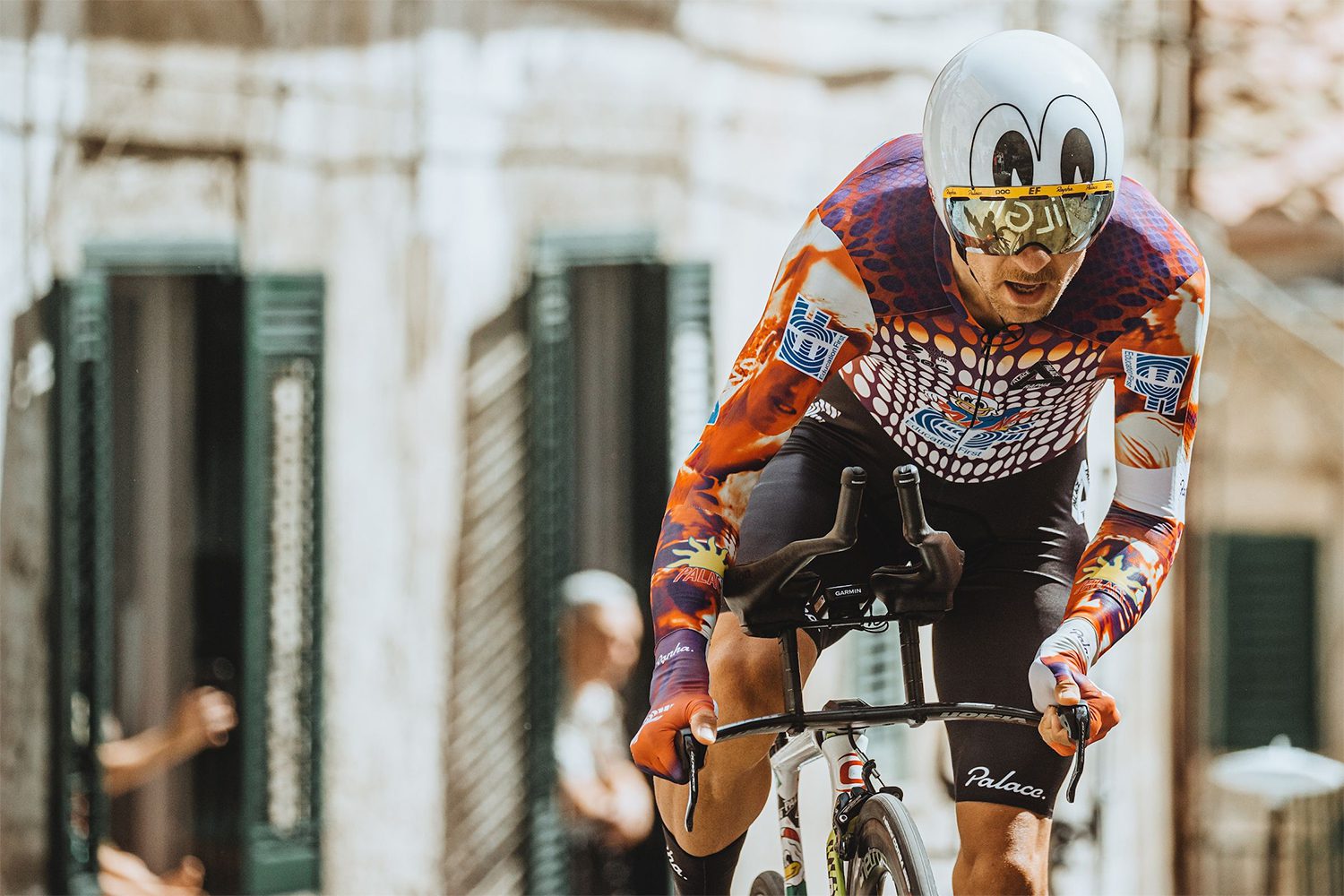 So, we’re living in a world where skin-tight Lycra jerseys and padded shorts are listed on StockX. But how did we get here? Is fashion and cycling’s love affair a new phenomenon, or has there always been a connection between these two wildly different worlds?

Perhaps surprisingly, Palace wasn’t actually ahead of the curve in collaborating with a well-known cycling brand to produce a sell-out collection. The edgy London label’s Stateside counterpart, Supreme, released its first collab with Italian brand Castelli in 2019, and the pair have teamed up every year since.

The collections draw on the colourful kits of yesteryear, with jerseys and cycling caps in headache-inducing technicolour patterns. Are the resulting pieces to everyone’s tastes? Definitely not, but it’s another key milestone in the ongoing hype-ification of the sport. And if you do happen to fancy a top for yourself, don’t be surprised to pay upwards of £300 resale. 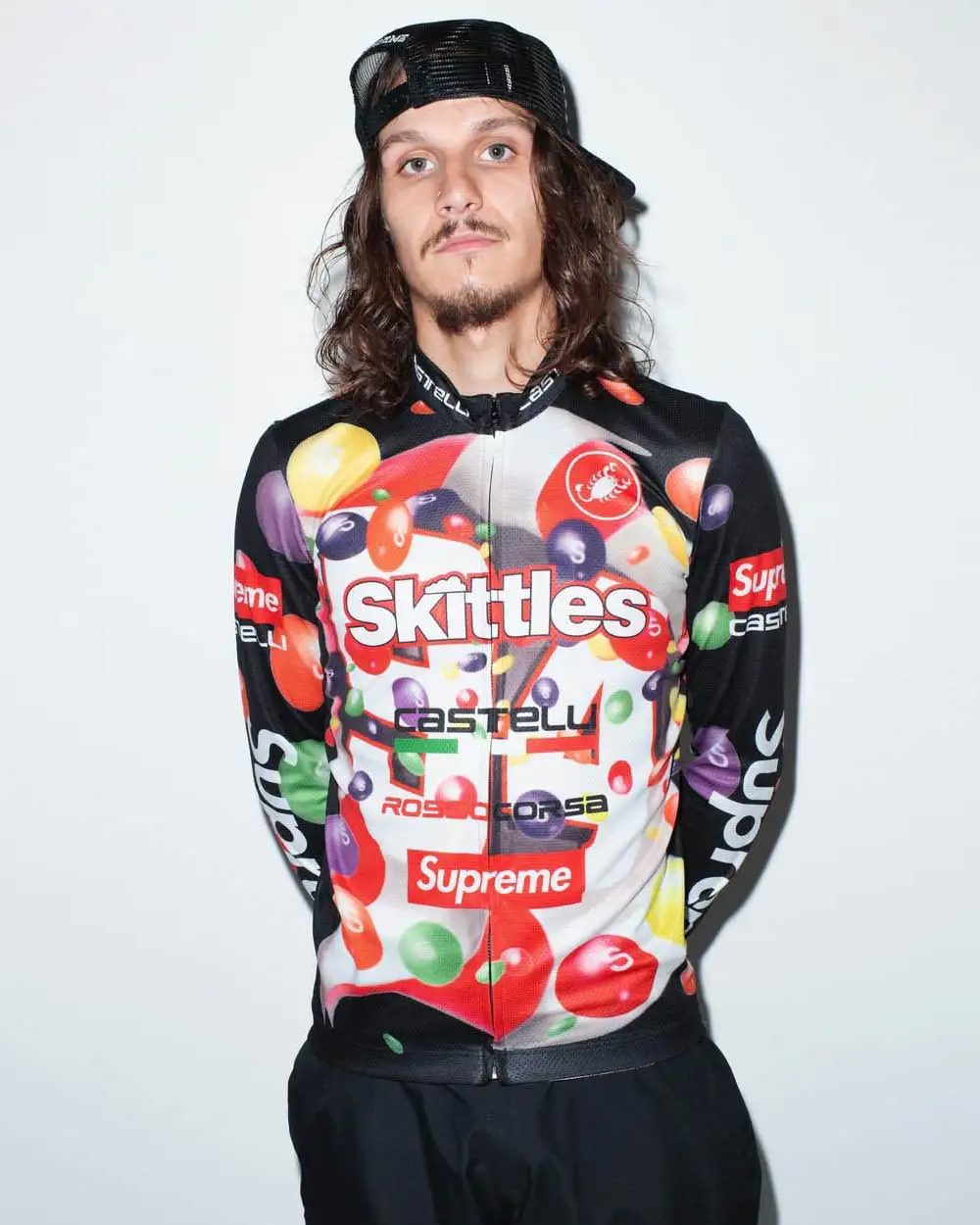 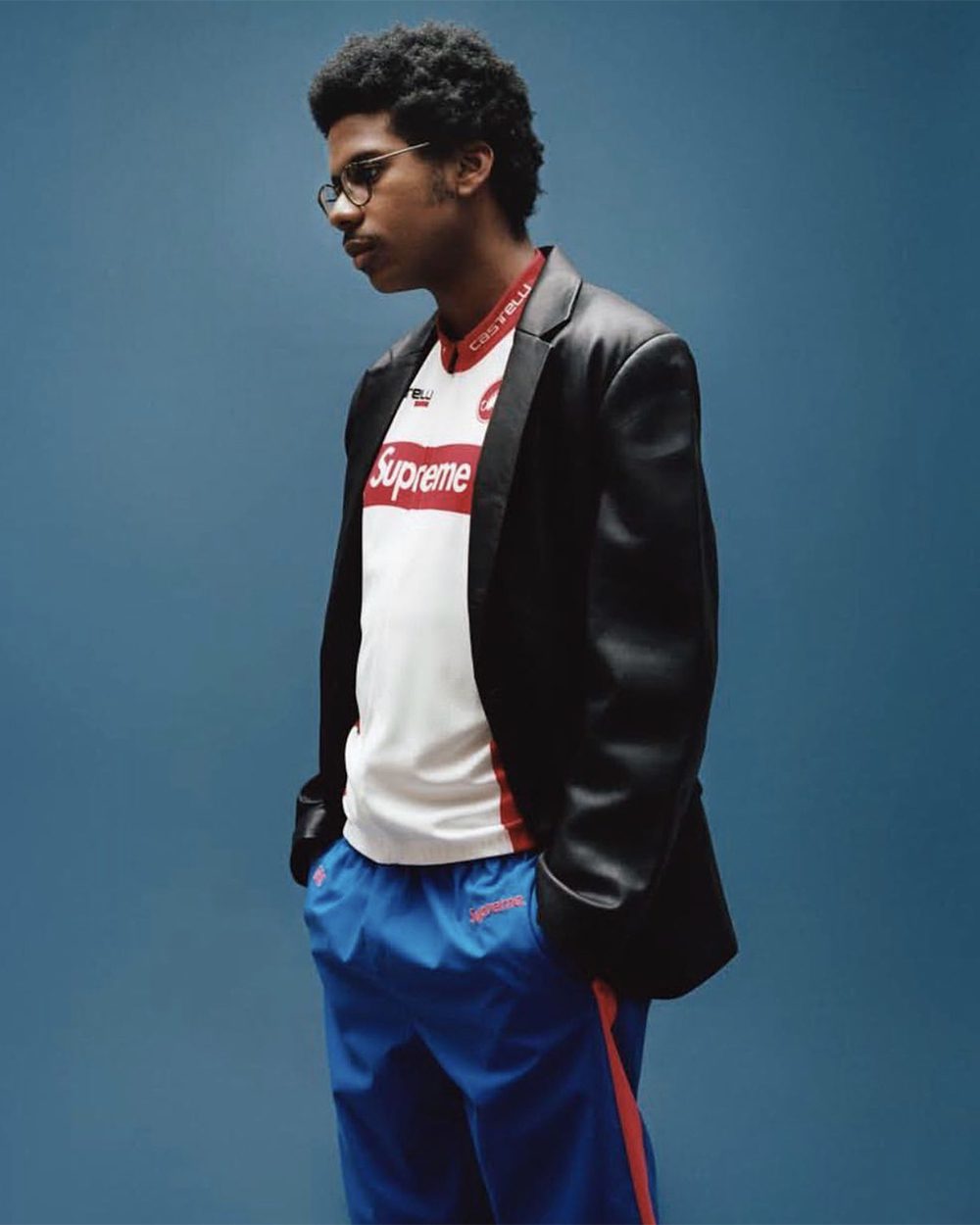 Streetwear collabs are only one facet of cycling’s flirtation with fashion. When Rapha first launched 2004, it was the first time a cycling-specific brand had placed equal emphasis on performance and style.

“It was a time when British men were growing evermore sartorially aware,” founder Simon Mottram told Esquire in a 2014 interview. “But if you became a bike rider, you had to sacrifice any sense of style. If you wanted a cycling jersey, your only option was a team replica, typically in garish colours, emblazoned with logos. It’s like playing football in a Man United shirt. You don’t do that unless you play for Man United.”

In recent years, there’s been a tsunami of labels taking a similar approach to Rapha. These crossover brands target a very specific demographic of 20-30-something riders with high disposable income and an eye for aesthetics, using slick marketing campaigns, moody visuals and stylish designs. Many have even produced off-bike collections of casualwear too. 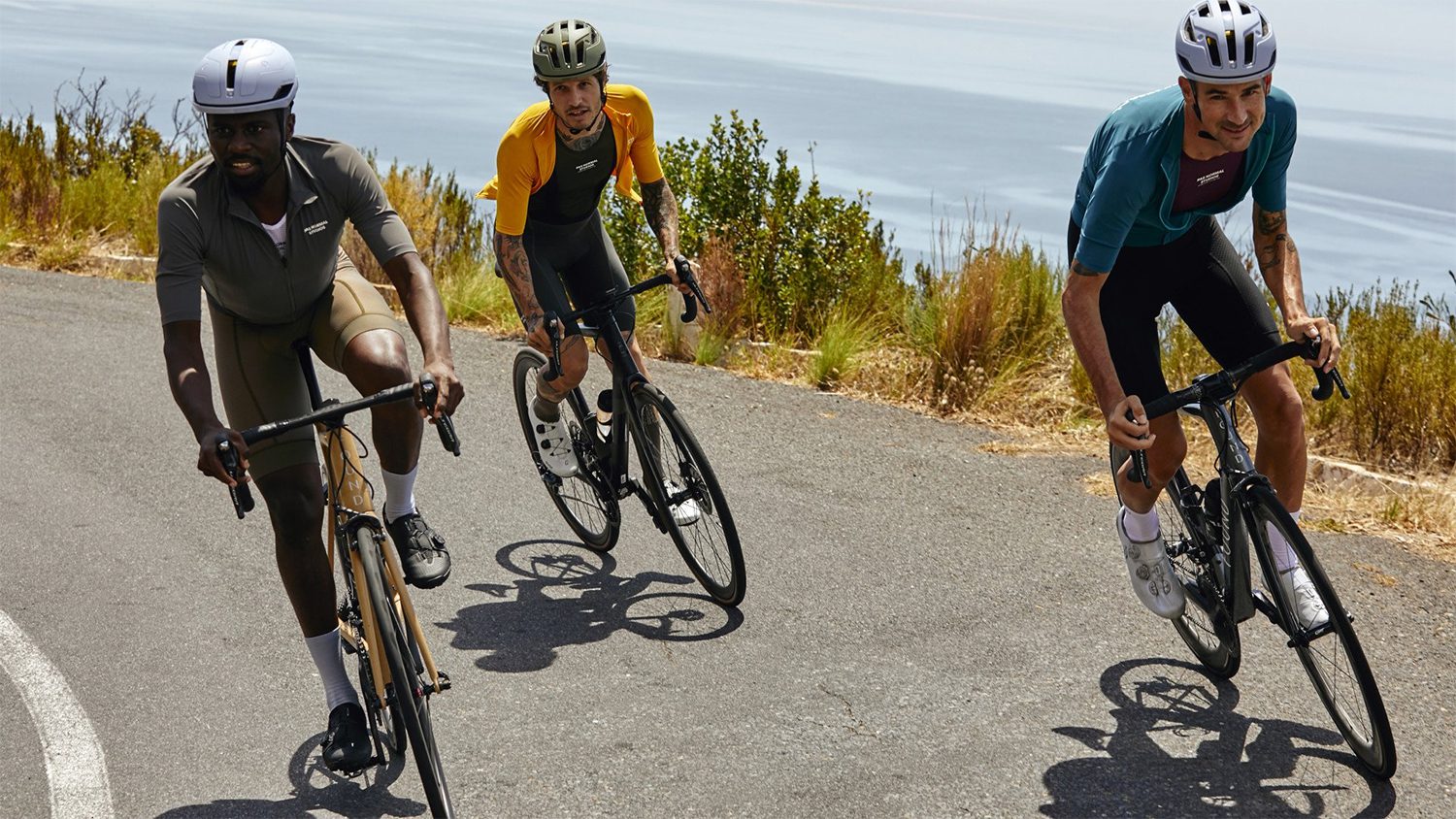 Pas Normal Studios is one such label. Co-founded by Karl Oskar-Olsen, who also owns Danish fashion brand Wood Wood, it employs bold but simple branding, a carefully considered colour palette and premium materials and construction to draw customers in. It’s the sort of cycling garb you’re more likely to stumble upon while browsing Mr Porter or Farfetch than in your local bike shop, with price tags that’d make your average MAMIL choke on their energy gel. Elsewhere, the likes of Australia’s MAAP and the UK’s Albion are doing similar things, each with their own unique slant.

As Mottram says, it wasn’t always this way. Until not too long ago, cycling was viewed as a nerdy pastime, with kit that was built purely for function, at the expense of aesthetics. You could ride a bike and you could dress well, but you were shit out of luck if you wanted to do both at the same time. Rapha was the first brand to really turn that around, opening the floodgates to a steady flow of style-conscious cyclists with money to burn. 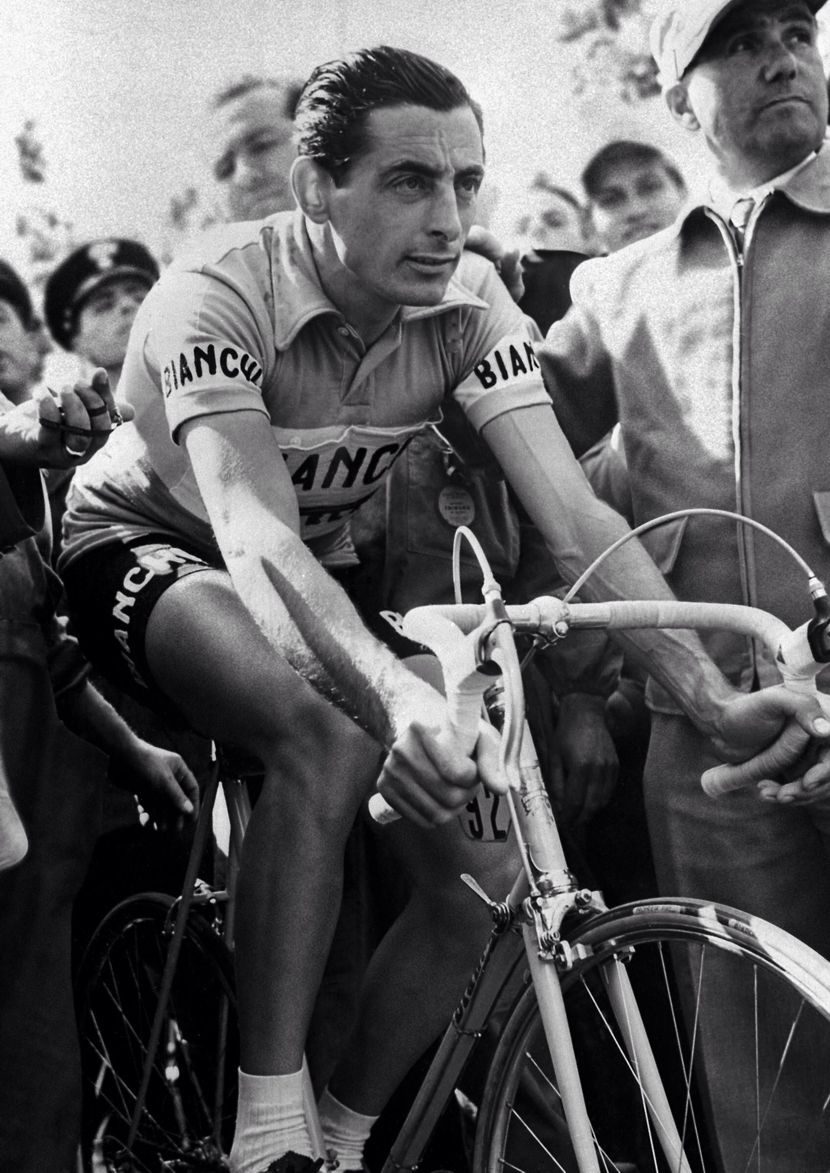 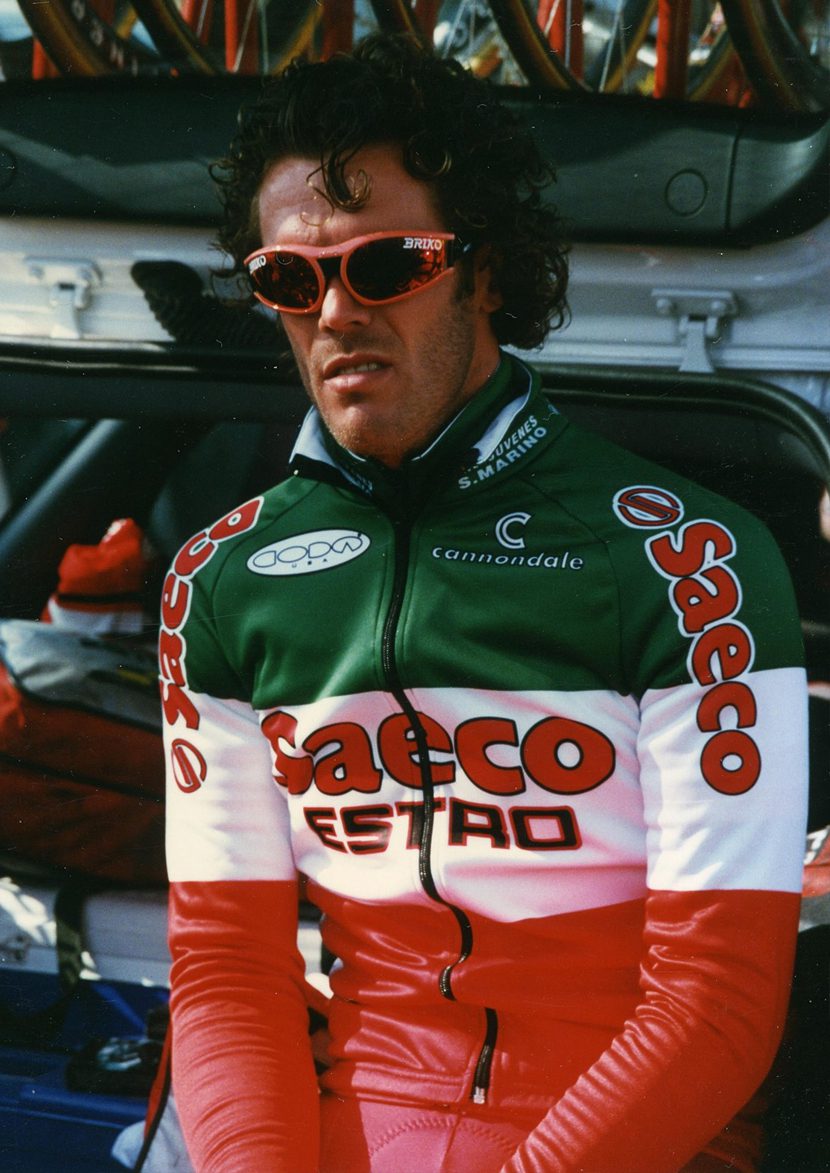 There may have been a lack of stylish kit back in the day, but there was no shortage of stylish cyclists. In fact, one of the sport’s first real heroes had some serious fashion chops. Black and white photographs of Fausto Coppi off the bike in between races reveal a man who looks more Hollywood film star than professional cyclist. Immaculately-cut suits, expertly slicked-back hair, and trademark Persol shades were par for the course, and his knitted polos wouldn’t look at all out of place today.

Mario Cipollini was another rider who brought a unique sense of style to the sport. He became known for his bizarre Lycra skinsuits, which featured everything from all-over tiger print to realistic-looking anatomical muscles. He was said to have a huge wardrobe, bursting at the seams with expensive tailoring, and his bug-eyed cycling glasses might as well have come from Balenciaga SS23.

It could be argued that a link, no matter how small, has always existed between pushing pedals and fashion, and these days it’s becoming increasingly hard to ignore. At the end of the day though, the most important thing is how you ride the bike – but if you can look good while doing it then hey, why not? 5 Minimalist Watch Brands For Men Who Like Their Timepieces Understated

Every James Bond Actor Ranked From Most to Least Stylish