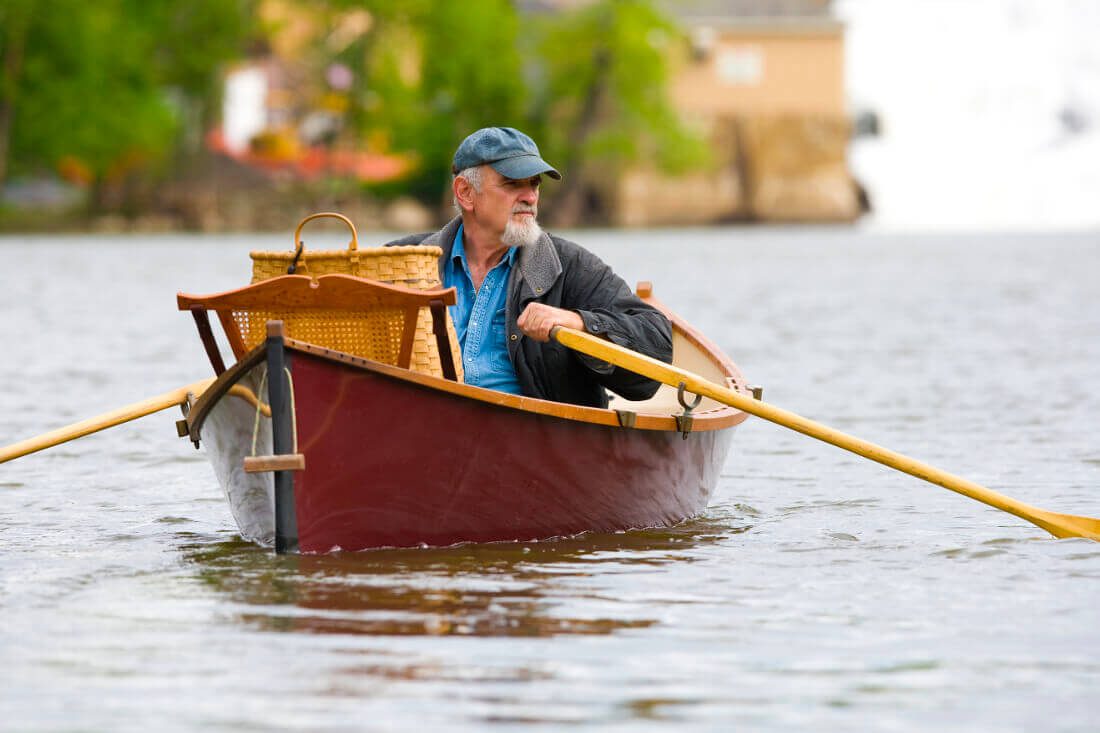 For over 150 years, the Adirondack Guideboat has been regarded as the highest example of boat-builder’s art. A fishing boat, a hunting boat, a hauling boat; a boat man can carry for a mile or row for a week.

Over time, the boats have evolved becoming lighter, faster, prettier, and easier to row. There is a certain peace you’ll find in a beautiful rowing boat. It is not so much about going somewhere as it is about being somewhere, quietly absorbing the natural world around you.

Founded in 1979, by Steve Kaulback, the skilled designer behind the boats at Adirondack Guideboats.