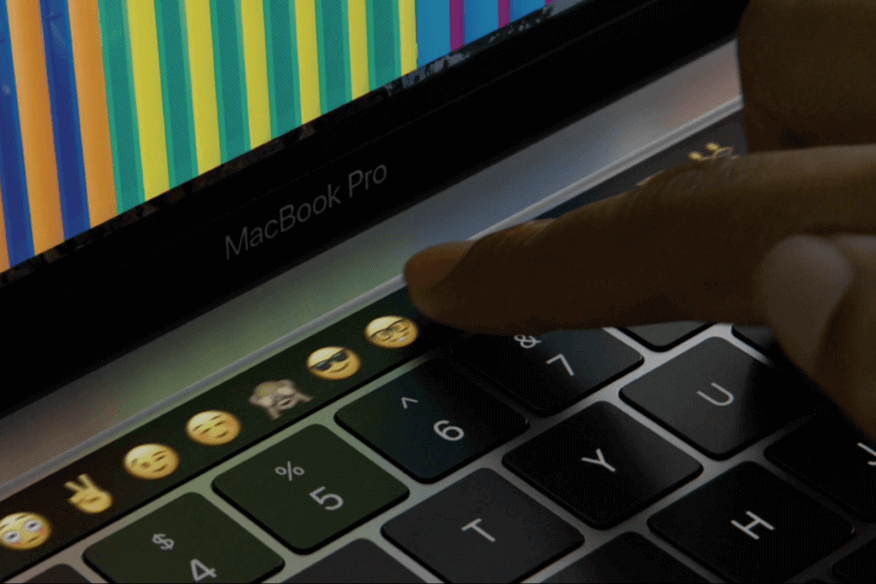 Last night, Apple announced the long-awaited refresh of their MacBook Pro laptop line up. As you might expect, they are the thinnest and lightest MacBook Pro ever and this incarnation includes a Retina-quality Multi-Touch display called the Touch Bar, Touch ID to unlock the device or use Apple Pay, a larger Force Touch trackpad and an improved audio system. The new MacBook Pro features sixth-generation quad-core and dual-core processors, up to 2.3 times the graphics performance over the previous generation, super-fast SSDs and up to four Thunderbolt 3 ports.

The highlight of the launch, the Touch Bar allows you to control the likes of Mail, Finder, Calendar, Numbers, GarageBand, Final Cut Pro X and more, including third-party apps via a mini-display bar above the traditional keyboard. You can see Tabs and Favourites in Safari, send emojis in Messages or flick through images in iPhoto.

The 13-inch MacBook Pro with Touch Bar and Touch ID starts at £1,749, and features a 2.9 GHz dual-core Intel Core i5 processor with Turbo Boost speeds up to 3.3 GHz, 8GB of memory and 256GB of flash storage.

The gold-standard in mobile laptop devices. The new Apple MacBook Pro 2016 comes at a significant cost, but if you’re looking to invest in a new laptop- Apple offer up a fine option.