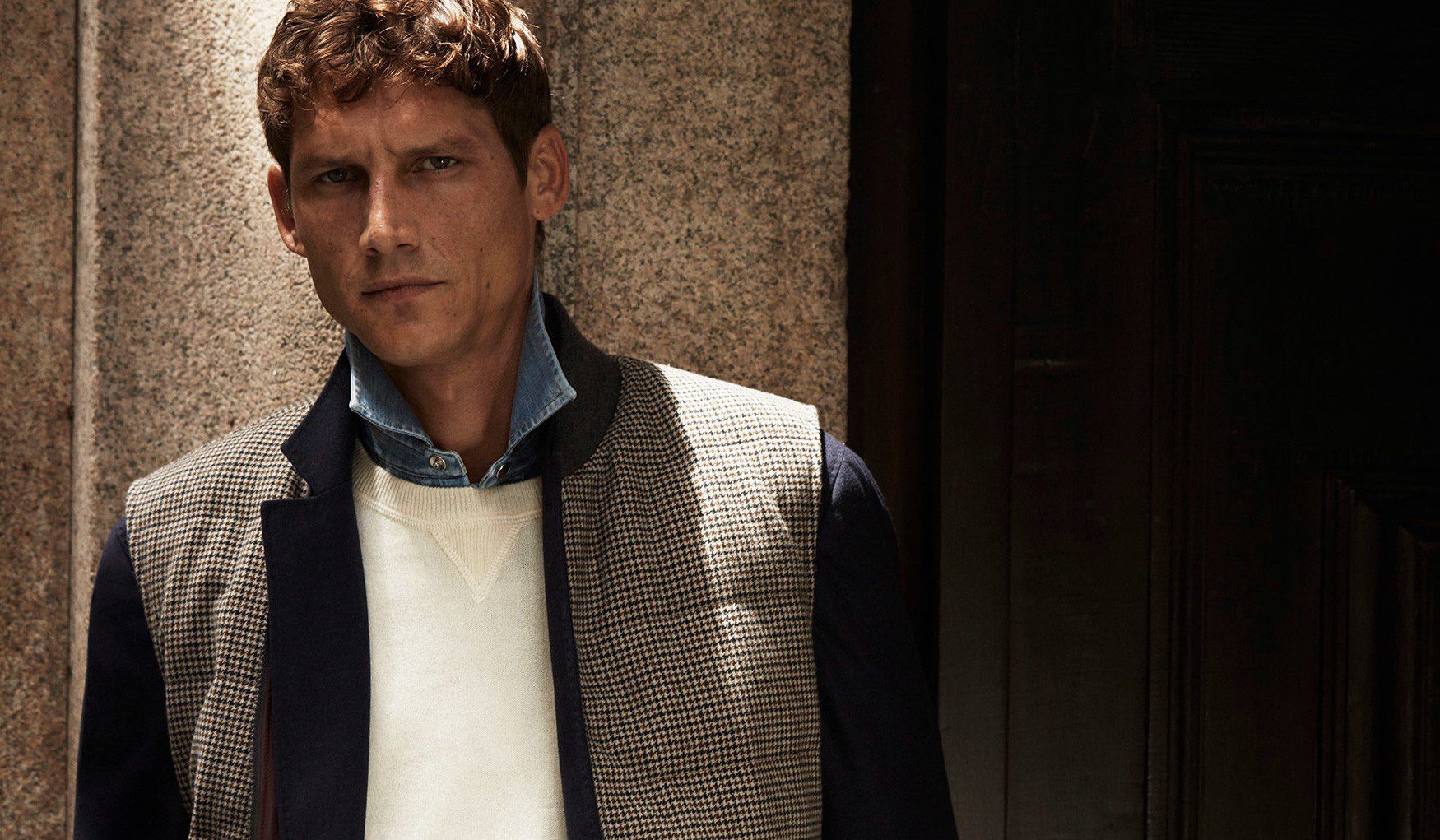 “A flower’s not a flower if it’s wilted / A hat’s not a hat till it’s tilted / You’ve either got or you haven’t got style,” as Frank Sinatra and Dean Martin sang in ‘Robin and the Seven Hoods’. It’s the kind of point perhaps best appreciated in Italy, where the idea of “sprezzatura” originated five centuries ago. Simply defined, it’s a kind of devil-may-care attitude to dressing; a certain dashed-off panache or flair. And Frank and Dino had it right – you’ve either got the necessary eye, or you haven’t. It’s not something that an advice column can provide.

But that unfortunate news given, this isn’t to say the path of sprezzatura isn’t worth at least being on. It can make the difference between so-so attire and standing out – and not in a ostentatious way. One thing sprezzatura is not is dandyism: it’s not about flashiness or cartoonishness in one’s choice of fit or fabric; it’s less about what one wears as how one wears it. It’s subtle, more the bed-fellow to another Italian phrase, la bella figura, or “the beautiful image”, a revelling in the little details of dress that make one an individual without any accompanying fanfare. As Beau Brummell pointed out, a man whose dress draws attention to him is not well-dressed.

It’s not a new idea either. When the Italian courtier and political adviser Baldessare Castiglione wrote The Book of the Courtier in 1528, he posited what he called the “universal rule in all human affairs” – sprezzatura, a facade of nonchalance that concealed the artistry required to pull off challenges with aplomb, regarded even at the time as both romantic and deceptive in almost equal measure.

But it was an idea that caught on and grew. Come the 18th century and wealthy travellers on their Grand Tour around Italy were commenting on the way even the peasantry was well-dressed. It’s an idea that’s lasted too, arguably helping Italian menswear to define our ideas of style for the best part of the second half of the 20th century. It’s also perhaps why Italian men make for some of the most celebrated examples of sprezzatura through history: the revolutionary Gabrielle D’Annunzio, the actor Marcello Mastrioanni, the industrialist Gianni Agnelli.

Agnelli, indeed, is perhaps the definitive example of sprezzatura’s demand that you do things your own quirky way: he wore his watch over his shirt cuff; if he wore a button-down shirt, he left the collar buttons undone; he’d wear the jacket of his double-breasted suit undone too; and, at his more outlandish, he’d think nothing of putting on a pair of hiking boots with a suit. Such instances suggest how sprezzatura’s way with the smallest of details can make all the difference; they also show how something that, on the face of it, can look like an affectation or just plain un-stylish can, in fact, be a deliberate act of style.

The trick is not to overdo it. If it’s too obvious, leave it out. If there are too many stylistic tricks going on, dispense with most of them. Fewer is better. The point is that these dashes of sprezzatura should, on one level, actually be interpretable by the uninitiated as actual mistakes in dress – as though, if you happened to be Gianni Agnelli, you had put your watch on just as you were dashing through the door, and hadn’t had time to adjust your cuff; as if you’d forgotten to button down your collar; as if you didn’t know the “correct” way a double-breasted suit is fastened; as if – at a push – you couldn’t find your brogues, so decided your boots would do. It’s a negligence in dress, albeit a studied one. It’s being effortlessly nonchalant, as though you really don’t care about your clothes at all. They’re just more convenient than being naked. No doubt, on another level this all seems a bit silly – because there’s a fine line between sprezzatura and, well, the perfectly acceptable position of not really caring about your clothes at all. After all, sprezzatura is in part about speaking through a sartorial code to other like-minded men: which means to the few; to those who don’t know or appreciate the code, the way you wear it is likely to look like a break with dress etiquette, rather than in accordance with it. The man with sprezzatura knows this, of course – he just doesn’t much care. Not that he shows it either way.

As Baldessarini stressed, sprezzatura was more about attitude, about the way one carried oneself – the way one behaved – rather than the way one dressed oneself. Baldessarini also counselled a man to talk less rather than more; to keep to himself most of the time; to maintain dignity and reserve. This was, in a way, the 16th century idea of “cool” and how to be an alpha male. Sprezzatura should not be confused with dandyism

Naturally, to help you maintain your dignity, it would be wrong to here list all the things you could do with your cuffs, belt, turn-ups, tie-knot, with the play between different fabrics or dress codes, or whatever it might be. The point is that these little points of self-expression need to be your own. And, when you find them, you need to own them. Don’t deploy them just once in some expectation that people are going to start stopping you in the street to take your photo. Leave that for the self-described dandies – those who almost certain believe themselves to be the living embodiment of sprezzatura, but woefully misunderstand it.

By the same token, note that expressions of sprezzatura are not for everyone (they can feel more self-conscious than self-expressive) and are not for all occasions: if you need to appear smart, for work or a special occasion, dress appropriately. Spezzatura, after all, skims the edges of scruffiness. But if you find some little motif in your dress that makes you walk taller, or gives you an inner smile, run with it. Figuratively that is. Men of sprezzatura are way too laid back to run anywhere.