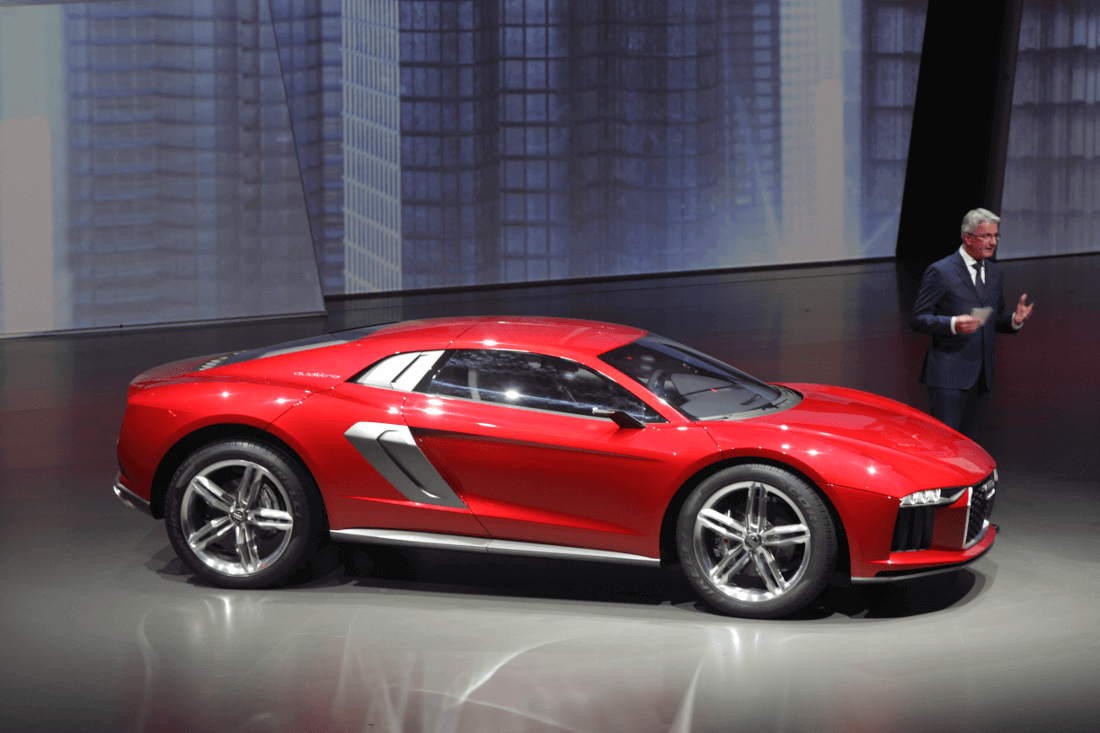 ‘Vorsprung durch Technik’ (advancement through technology) – perfectly encapsulates the new pair of Audi design studies – the Audi Sport quattro concept (shown in yellow below) and the Audi nanuk quattro (shown in red above) – which were unveiled on day one of the Frankfurt motorshow. The Sport quattro concept pays homage to the legendary Sport quattro road car of 1983, but its aluminium and carbon fibre body updates the look for the 21st Century. Its hybrid drivetrain, combining the 560PS V8 twin turbo engine from the RS 6 with an electric motor to give a total of 700PS, also brings the mechanical side of the car bang up to date, and promises the potential for up to 113mpg with CO2 output of just 59g/km, despite 189mph performance.

The nanuk concept not only brings the performance of a sports car to the road, but also to rough terrain. Its V10TDI engine sets benchmarks for power and efficiency, catapulting the study to 62mph from rest in just 3.8 seconds but also permitting up to 36mpg, and its height adjustable air suspension enables it to sit low while it delivers its 1,000Nm of torque to the road, or high while it negotiates rougher ground.

Other models showcased by Audi at the Frankfurt Motorshow included the much-awaited A3 Cabriolet and the revised and now even more fuel efficient Audi A8.