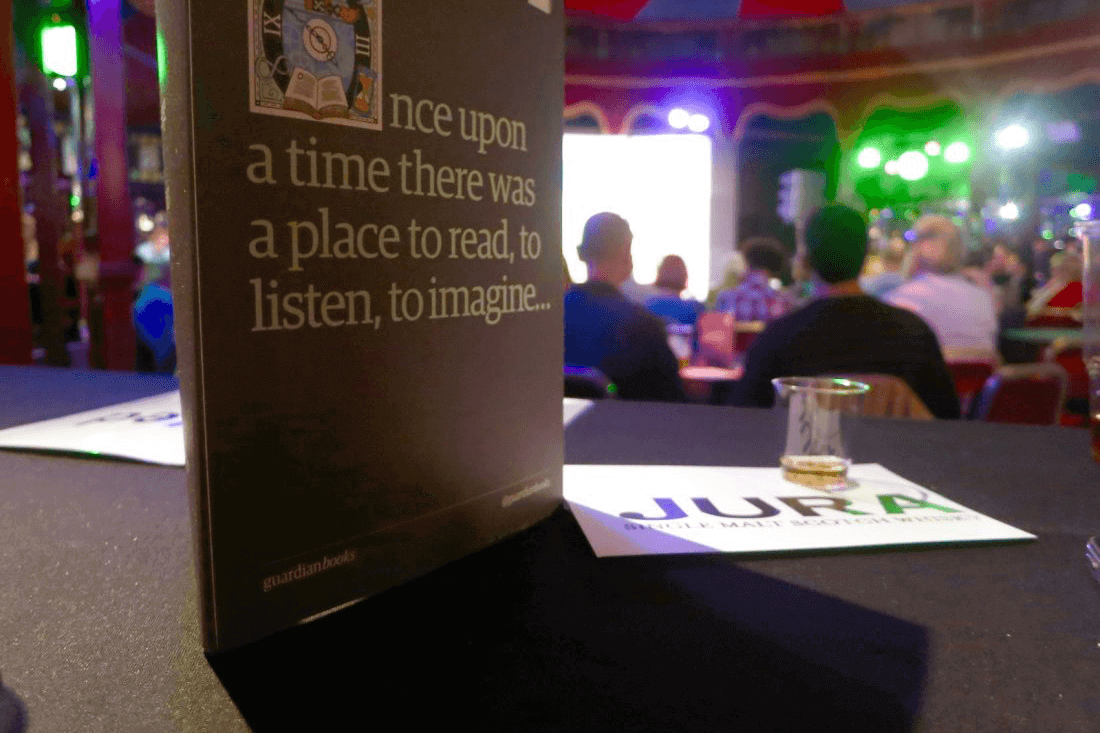 The Edinburgh Fringe showcases a vast array of talents within the comedy, acting and literary world. Thousands of people descend upon the city each year, to sample a plethora of acts that swarm the Scottish capital. It’s an exciting time with the city descending into a cultured frenzy of art, performance and social interaction. This year was no exception.

We had the privilege of attending whisky brand Jura Unbound, which was part of the Edinburgh book festival coinciding with the Fringe. Unbound aimed at offering something a little different – with the possibility to explore a mixture of literature, music and performance. With the likes of Booker Prize-winning DBC Pierre reading his new work; Petit Mal and Culture Show presenter Michael Smith premiering his new book; Unreal City, the work on offer was of exceptionally high standard. It was a calm change to the rest of the Fringe.

Combining Jura Whisky with this sort of literary experience is an ideal partnership and complimented the book festival’s atmosphere perfectly. We’ve been inspired, and next time we sit down to read our favourite magazine or book we’ll be sure to have a dram of Jura.