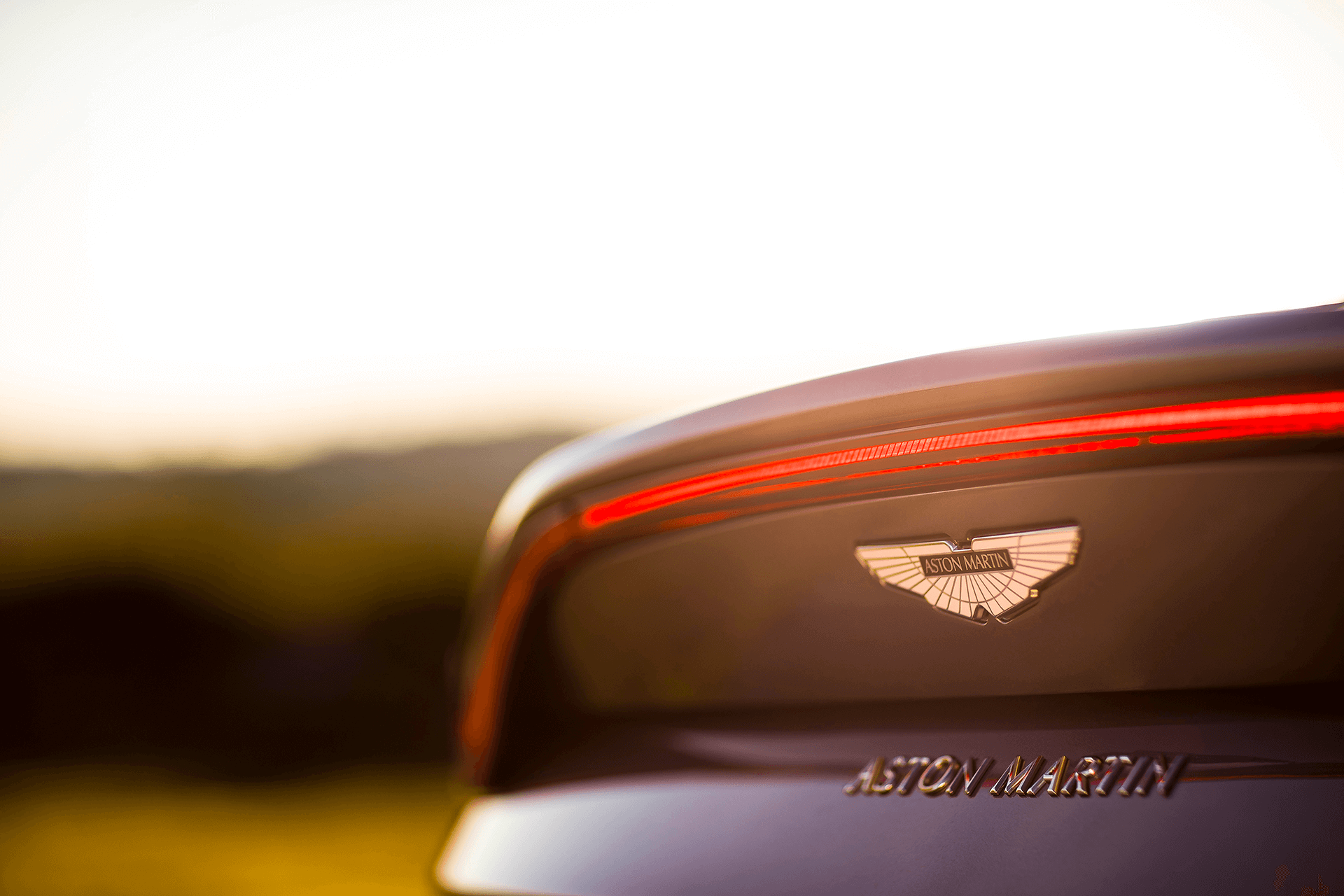 Ape had the pleasure of witnessing the unveiling of the 2018 Aston Martin Vantage at The Old Truman Brewery in London on Tuesday. Powered by a 4.0-litre twin-turbo V8 with an eight-speed transmission, it will do 0-60mph in 3.5 seconds, reach a top speed of 195mph and will set you back about £120,000. That was a lot of numbers, and although they’re pretty impressive, they’re not the reason why we like this Aston so much. 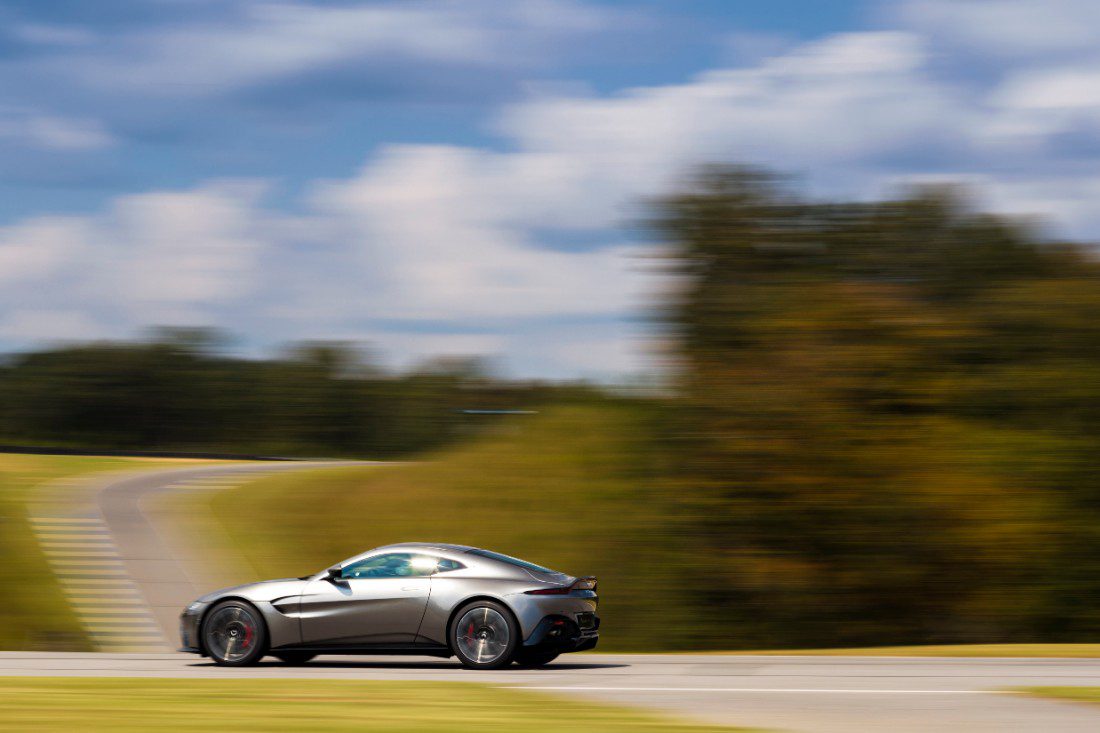 From its origins in 1951, when the name was used on a high-output engine option for the DB2, to Timothy Dalton’s V8 Vantage Volante in his first Bond film, 1987’s The Living Daylights, through to the modern day, any car with the Vantage nameplate has a gargantuan set of shoes to fill. 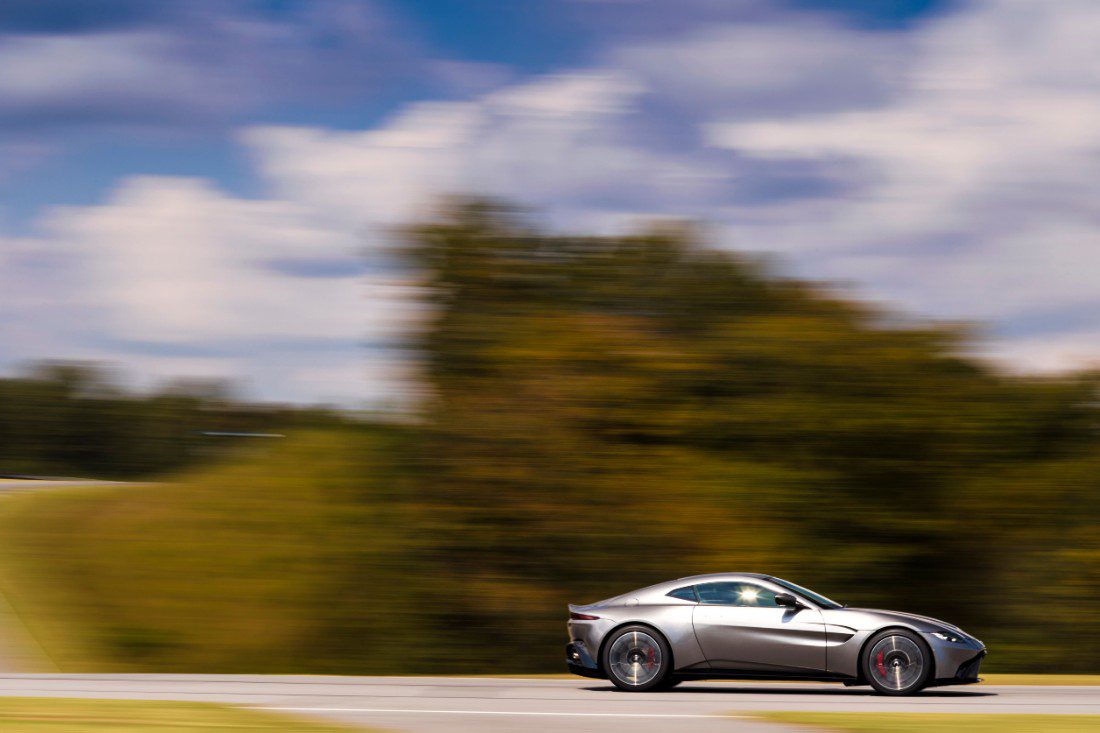 The design of the car alone goes some way to achieving this. You hear a lot of manufacturers waxing lyrical about the look of their latest model with more than a touch of personification, be it a “predatory stance” or “muscular haunches”. With the Vantage though, the melodrama is justified. Beauty is ultimately subjective, but it’s hard to deny how good this car looks.

“A true sports car with a sharper look and a keener dynamic edge, the new Vantage is the Aston Martin pure driving machine enthusiasts have been waiting for.” -Dr Andy Palmer, Aston Martin CEO

The aerodynamic front and rear overhangs, for example, provide just the right amount of aggression without spoiling the classy, luxurious look traditionally associated with Aston Martin. For better or for worse (but mostly for better) it’s hard to separate any Aston from Bond: the Vantage directly follows the DB11, but the wide-open front nose feels more like Daniel Craig’s awesome DB10 in Spectre. 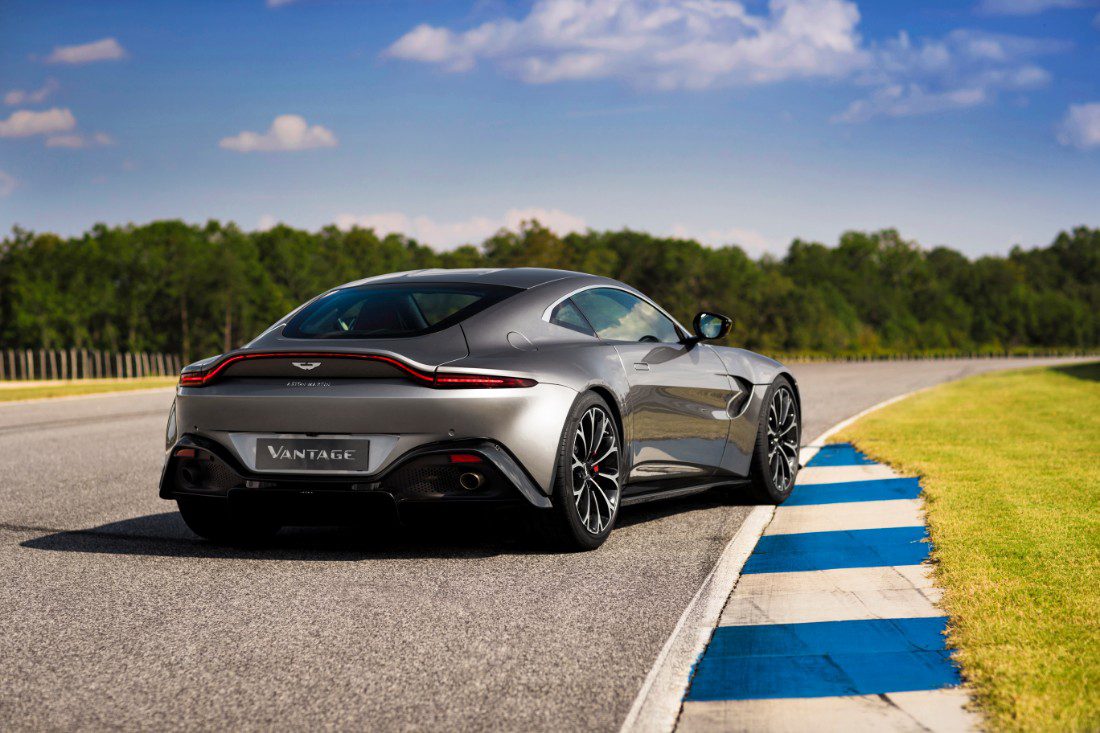 Something about the new Vantage feels different to Aston Martin’s previous recent cars. There’s a greater emphasis on pure fun and the joy of driving. The most obvious indicator of this is the radioactive lime official launch colour – radioactive lime! The silver shades associated with the company’s tradition are put to one side. 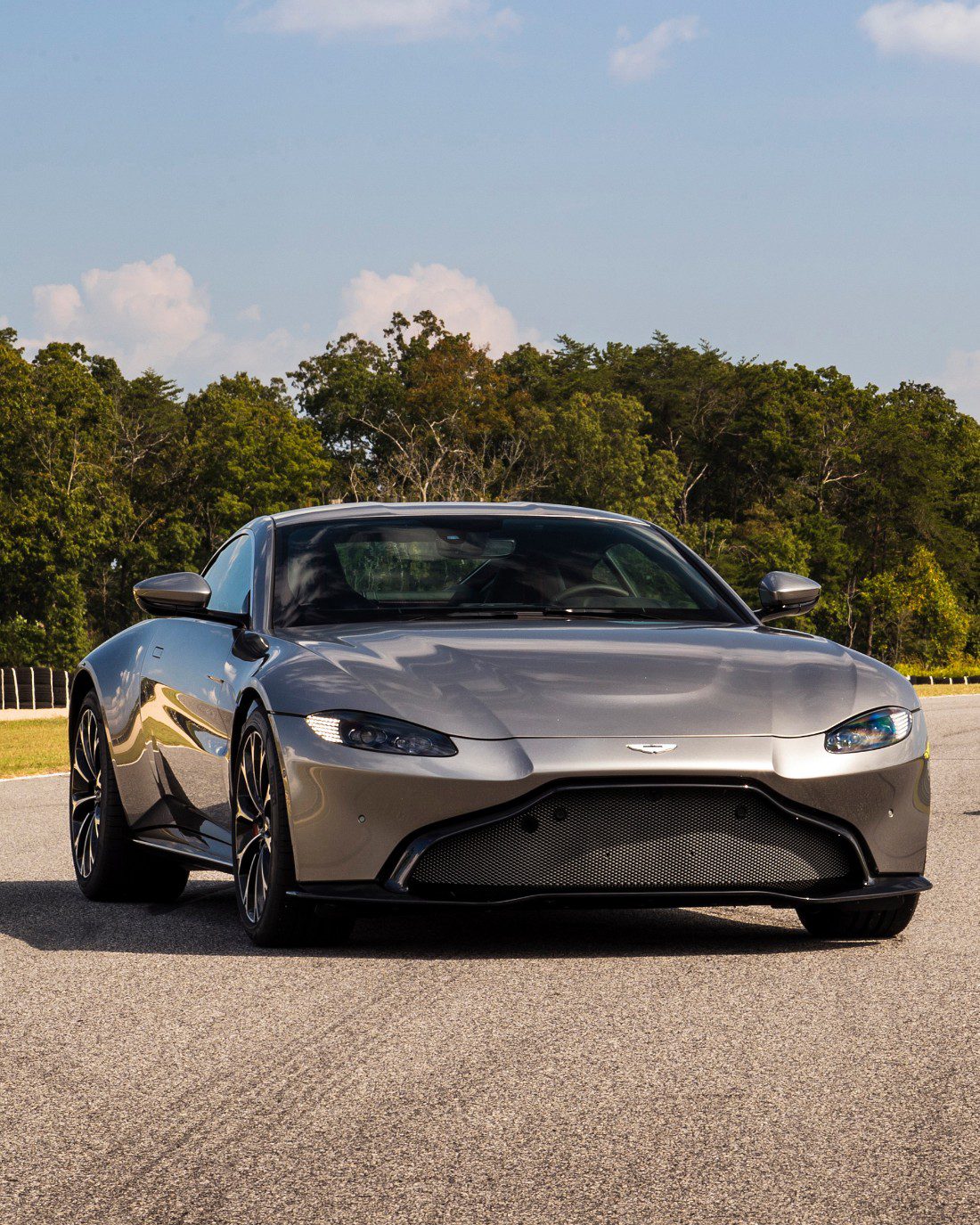 The eye-popping colour, as well as the massive downforce generated by the new side gills and upswept rear deck, give a more youthful, reinvigorated feel to the Vantage, and Aston Martin as a whole. Indeed, the company’s radical new production plan aims to deliver seven completely new models by 2021 – the DB11 and Vantage are the first two, which will be followed by a new Vanquish, the DBX (an SUV), an as-yet untitled mid-engined supercar, and two revitalised Lagonda models. 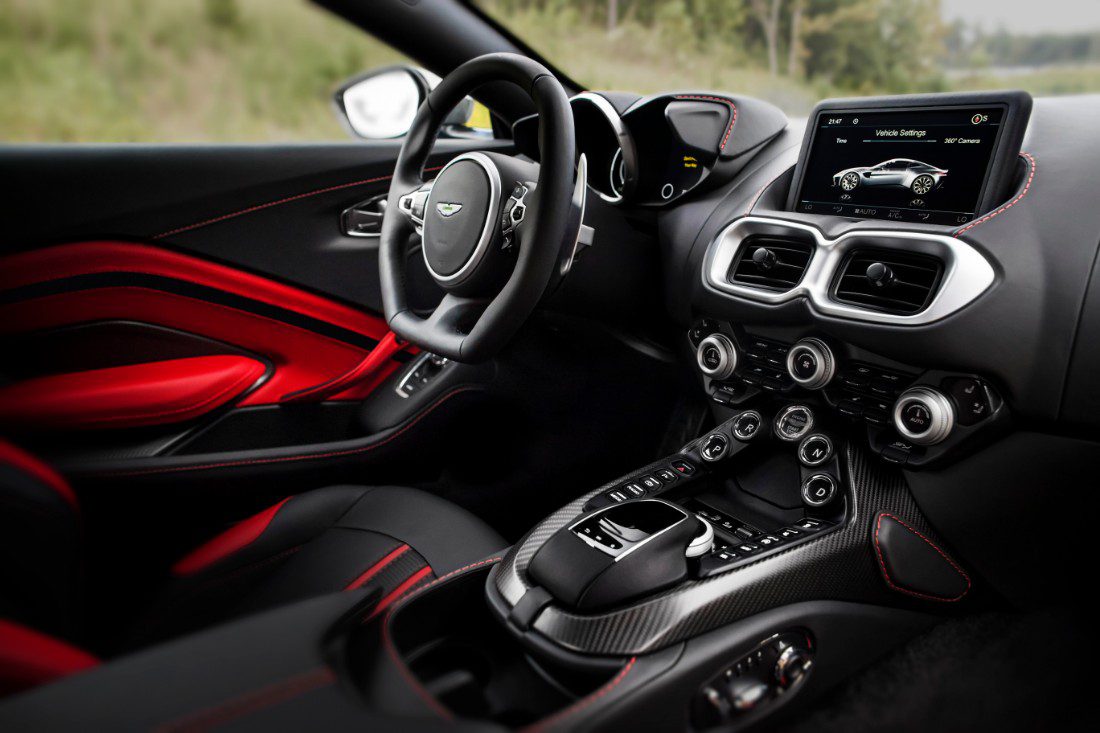 Speaking of supercars, the Vantage is just about as close as it can get to this category without actually being in it. The 3.5 second 0-60mph time is right on the edge of supercar territory, as is the £120,000 price tag- slice half a second off that 0-60 time and you’d probably be paying five to ten times more. Perhaps what makes the new Vantage so exciting is the fact that, in its style, speed, and price, it slots right in between the luxury sports cars and the all-out thoroughbreds. For Aston Martin, this is the ideal place to be. 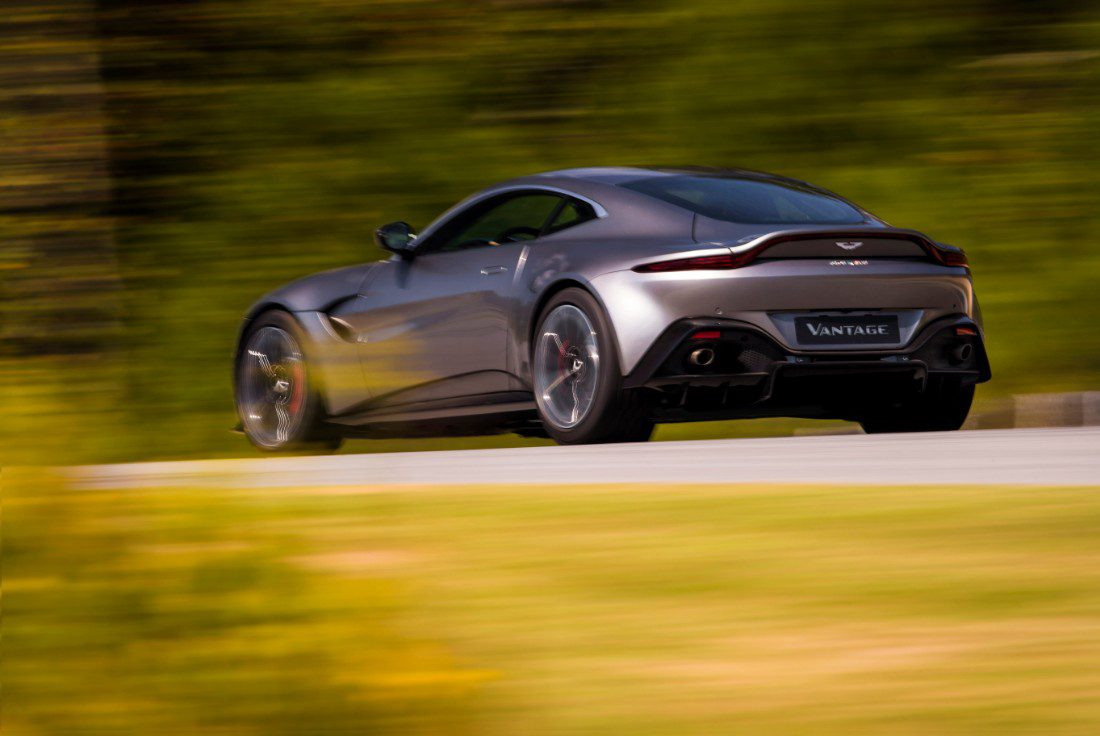 The new Vantage, by ASTON MARTIN