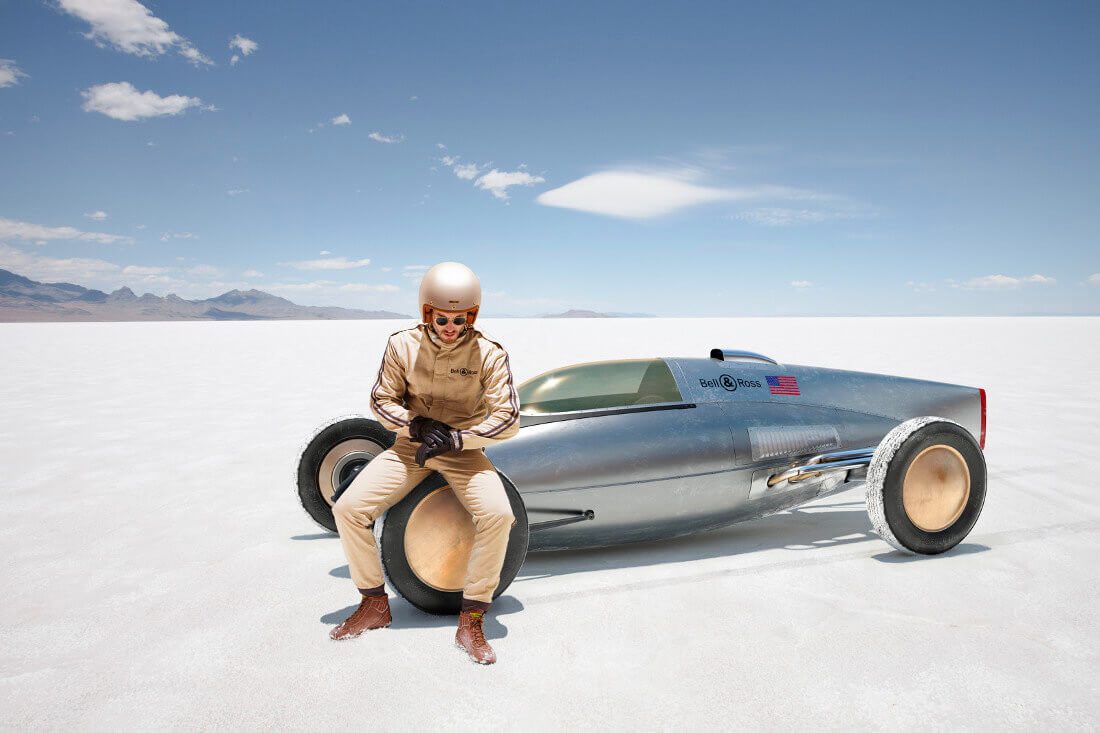 Speed has always been a key source of inspiration for watchmaker Bell & Ross, as well as a passion for the very latest technology. By extension, an interest in extreme machines was the basis of the creation of their Bellytanker watches, named after the high-speed race cars manufactured directly from the emergency drop tanks fitted in the belly of fighter planes.

This history of these racers dates back to the end of the Second World War. Bill Burke, an American speed enthusiast, wanted to build an ultra-fast car to take part in the races being held on the salt flats. He had fought in the South Pacific, and noticed the drop tanks of the fighter planes there, an how their aerodynamic shapes cut through the wind. 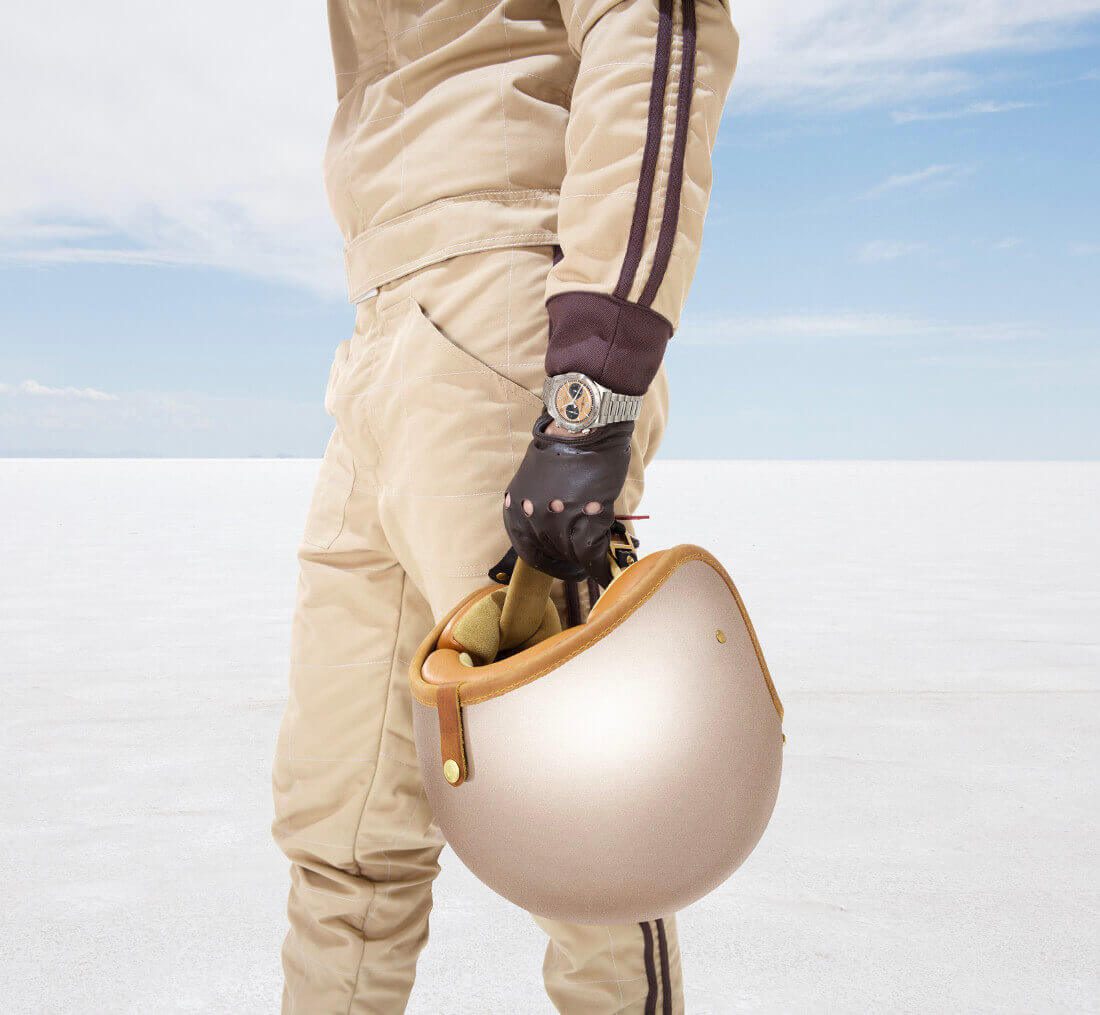 He believed they were the perfect foundations from which to build his machine. In 1946, he bought a drop tank from a North American P-51 Mustang for $35, and used it used it to build a bright yellow mini hot-rod. He fitted the tank that formed the bodywork on a chassis, powering it with a powerful V8 engine, and took his prototype to the Bonneville salt lake races to test it.

Without realizing it, he had created the world’s first Bellytanker, a moment that became enshrined in the history books of motor racing. 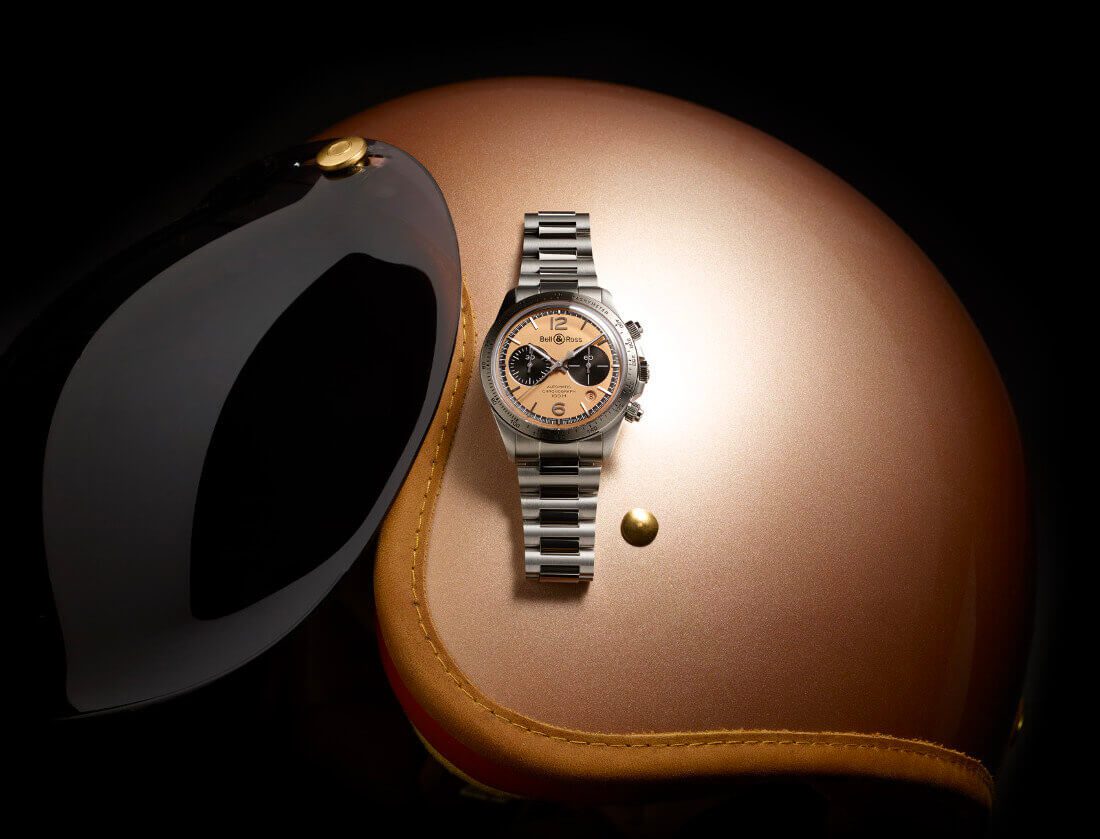 Bell & Ross used this as inspiration to create two Bellytanker watches, which are limited to just 500 pieces. The BR V1-92’s case in brushed steel harks back to the watches of the forties and fties, with a nod to the cockpit of the P-51 Mustang. The solid case back features an engraved profile of the Bellytanker, while the ultra-curved sapphire crystal recalls the round windows in classic plane cockpits.

The BR V2-94 includes a fixed bezel with a tachymeter scale, enabling the speed of a racecar to be calculated at any time, and the satin-finished polished steel hints at the P51-Mustang’s tanks.

Designed to evoke the legendary era of record-breaking races in the North America of the fifties, this collection is aimed at contemporary and enthusiastic drivers, with a love for vintage. 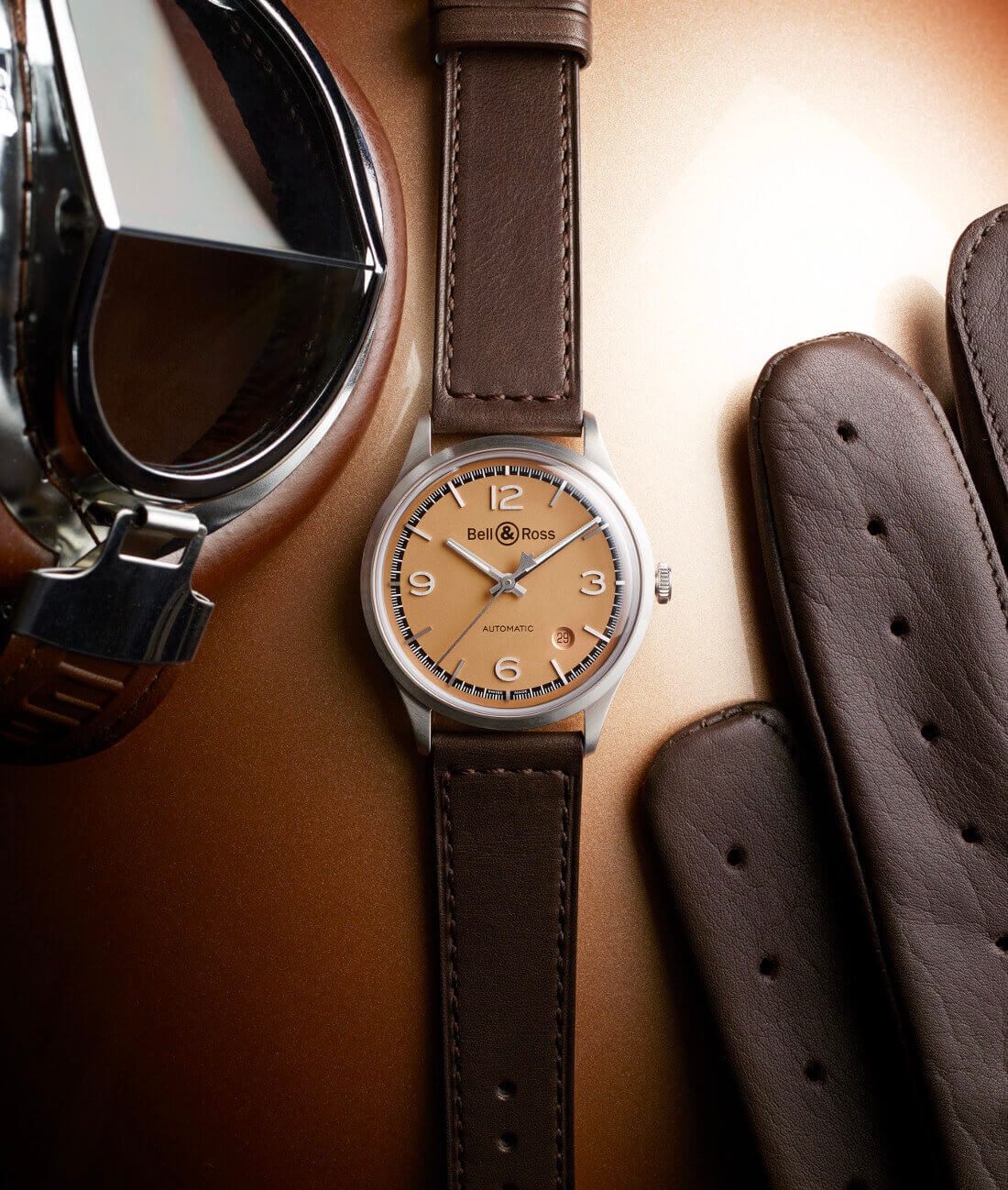