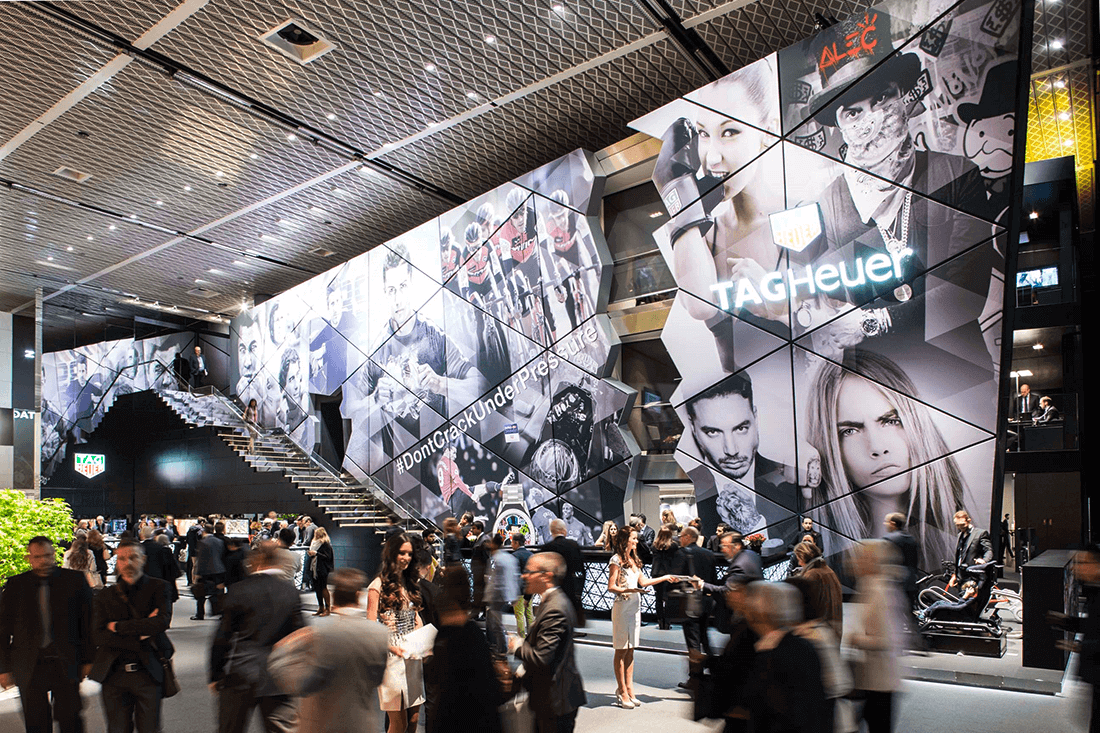 The world’s largest and most anticipated watch and jewellery fair, Baselworld 2017, was in full swing last month, and in our absence this year we asked David Duggan, luxury watch specialist to talk us through the highlights, fresh from his time at the iconic watch show. 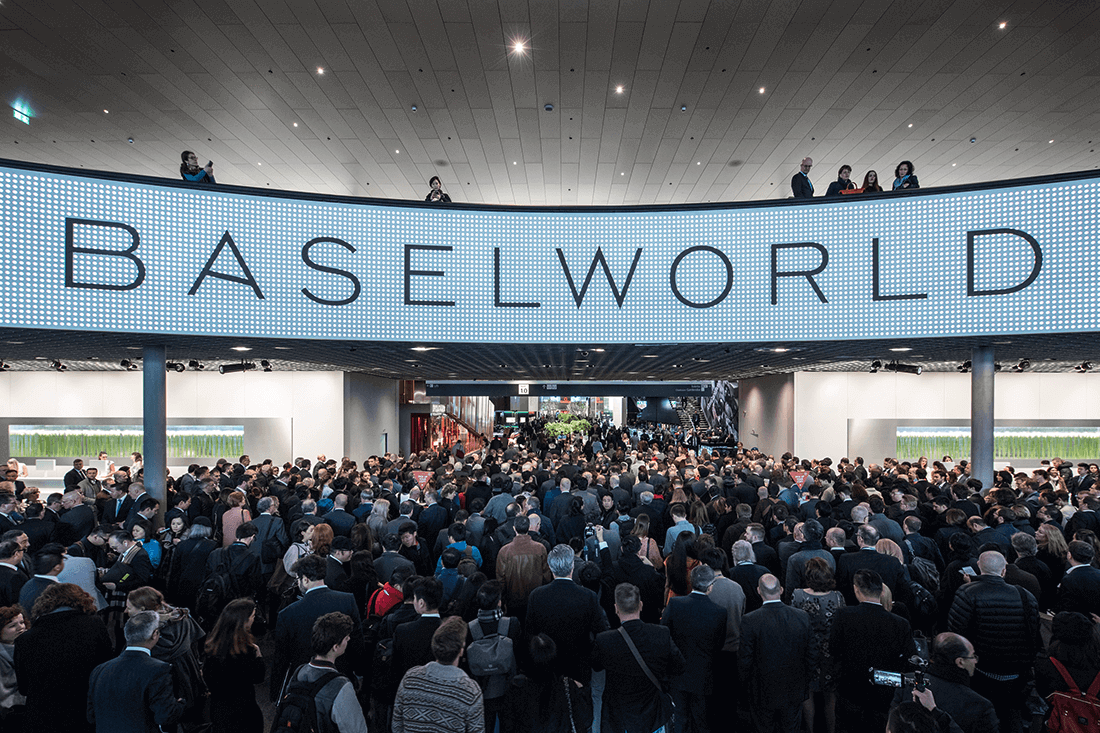 What were their Baselworld highlights this year?

Patek Philippe had a fair few anniversaries this year that they wanted to commemorate, like the 20th anniversary of their iconic Aquanaut collection, originally launched in 1997. They introduced the Aquanaut ref. 5650, in 42.2mm ‘jumbo’ size, cased in white gold with a deep blue rubber-coated strap. The dial is graduated from black to twilight blue with gold applied numerals, and it really is a smart, modern homage.

The brand also took the opportunity to celebrate the 40th anniversary of their ultra-thin winding caliber 240 by showcasing it within a number of new models, in typically spectacular style. Perhaps the best example is the Calatrava ref. 5180G/1R – an entirely skeletonized watch, lavishly engraved in 18K rose gold, it’s a beauty!

But the main hero piece in the Patek Philippe boutique looked back further than 40 years. The new interpretation of the brand’s first 1940s-inspired perpetual calendar, the 5320G blew everyone away and cemented the message that vintage reigned supreme at Baselworld 2017. It’s what Patek Philippe describe as a ‘contemporary vintage look’ with its cream-lacquer dial, gold numerals, three-tiered lugs and Calatrava-esque case. It was inspired by exhibits from the Patek Philippe museum from the 1940s and 1950s and, other than the Arabic numerals- which I think would have presented more elegantly as batons or Breguets – you can’t fault the design. 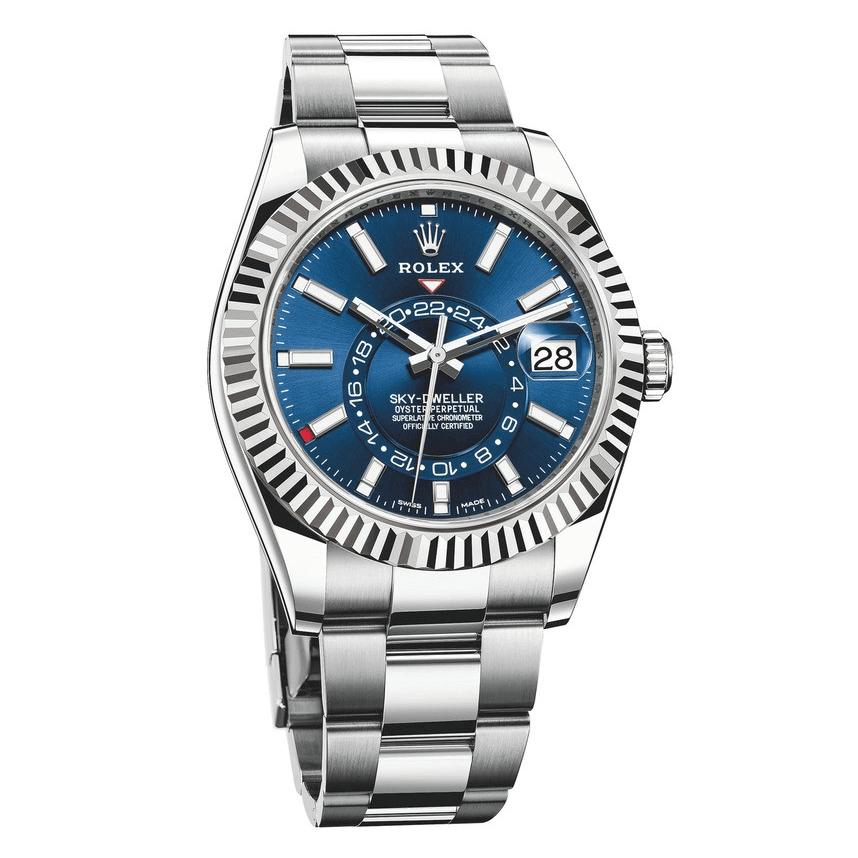 The new Sky-Dwellers from Rolex were exciting too; the first of their kind to be made in stainless steel, including one with an electric blue dial. Like most timepieces with coloured dials, this model looks significantly better in the flesh than in photographs. And what fantastic value for money – an annual calendar movement for £10,600. The standard Datejust is £6,000, so for another £4,000 you’ve got an annual calendar movement as well as a great looking watch. Plus, it gave the five-deep crowds clamouring to see the new 50th anniversary Sea-Dweller something quite different to get equally fired up over. 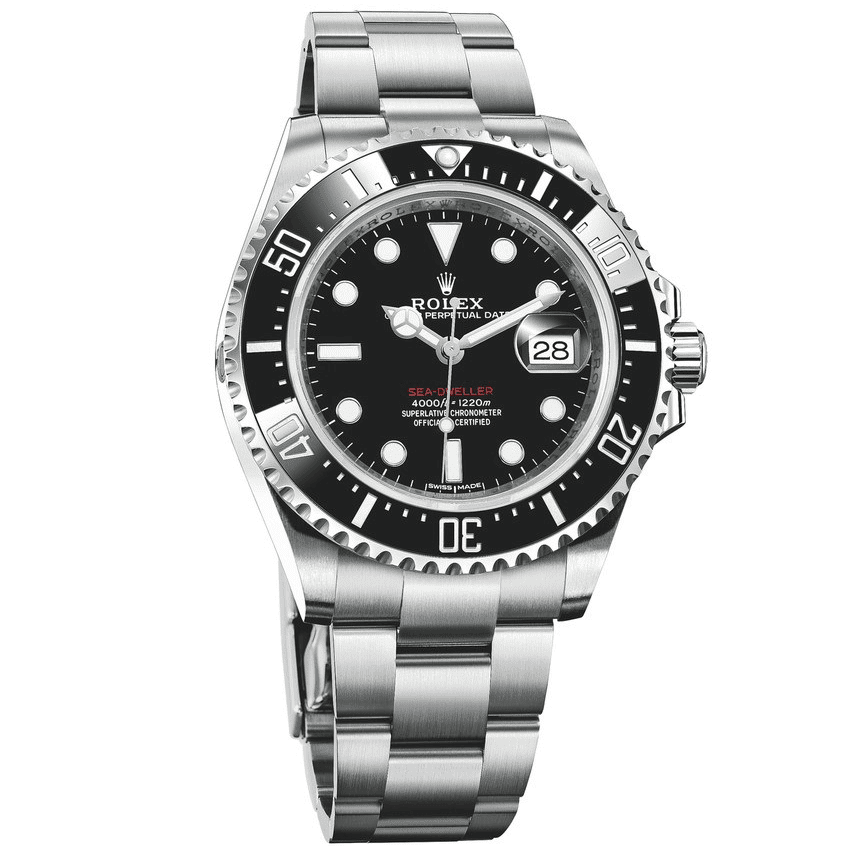 The Sea-Dweller itself, the seminal diving watch, was also given a heritage remake. Rolex have cracked the problem with the sapphire, which is now able to withstand extreme pressures at 4,000 feet. That’s worth celebrating. It’s a beautiful watch for sure, but at 43mm it’s bordering on being too big for me personally. But next to the Deep-Sea collection, it’s the largest Sea-Dweller ever made, and will certainly cater to the ongoing ‘bigger is better’ trend we’ve seen in recent years.

Apart from a serious focus on vintage styling, were there any other clear trends for you at Baselworld this year?

Steel and gold were everywhere, it was the prevailing pairing of the show. Rolex’s new Rolesor Sky-Dwellers led the trend in white and yellow gold accompanied by steel crown, middle case and bracelet. Meanwhile, Tudor showed off their new additions to the Black Bay Heritage dynasty, complete with date function for the first time, one of which was the Black Bay S&G. The S&G may seem loud and imposing, but in the flesh the gold is understated. Tudor have carefully deployed a matte finish which gives it tones of bronze as opposed to a brassier yellow. Either way it seems steel and gold two-tone watches are making a comeback.

Sizes are getting slightly smaller in men’s watches, though ladies watches remain relatively hefty. I anticipate Rolex will be phasing the Datejusts out in the next few years- at a very slight 28/29mm- it’s a sign of the times, considering they used to be the archetypal ladies watch. Nowadays, most young women want at least a medium size and a lot of the Italian and Swiss women are wearing big Submariners. I think it’s fair to say 39mm-40mm is becoming quite the standard for both now.

What were the most exciting new pieces for you at Baselworld 2017?

Bulgari surprised the mechanically-minded competition when it introduced a record breaking slimness for its Octo Finissimo Automatic at 5.15mm thick, an extraordinary 1/20th of an inch! 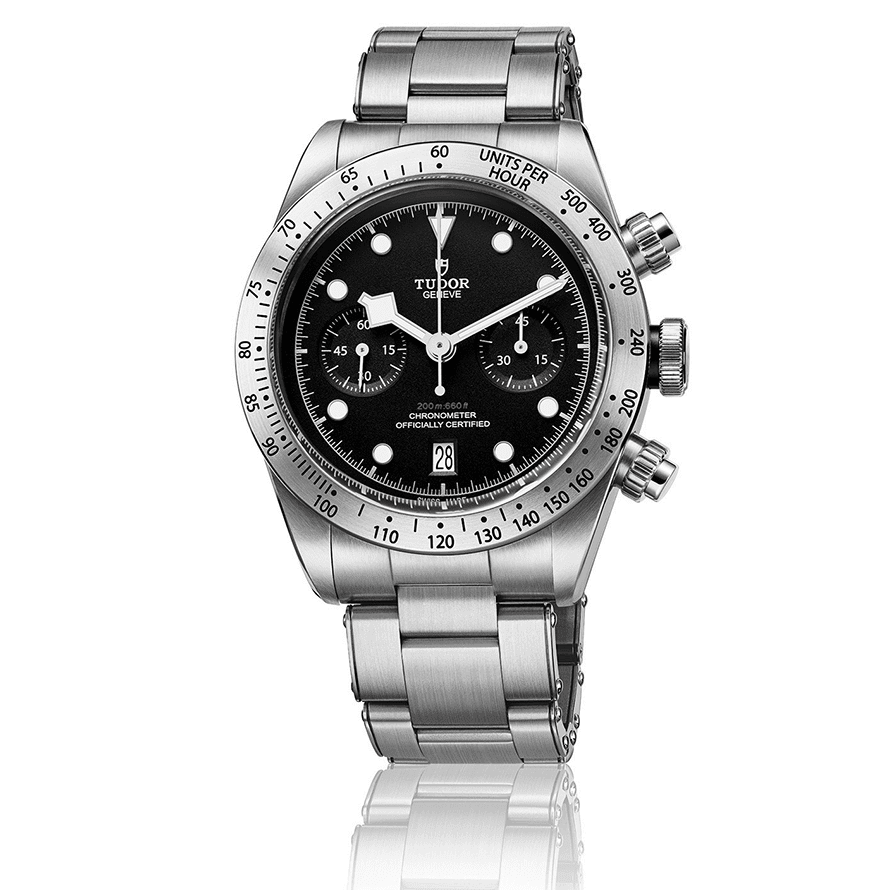 Tudor’s debut in-house chronograph- the Black Bay Chrono– with pushers inspired by the first generation of Tudor diving watches, was an incredibly important piece. That’s a sentiment felt by Tudor collectors the world over; it’s the brand’s first diving watch with a chronograph function, that retains its lines, gracefully refusing to deviate from its original look.

Longines introduced a fantastic heritage edition of their 1945 model which really took everyone by storm. Its 40mm successor is elegant, the only main difference being the automatic caliber and updated dial, which sports a contemporary, brushed copper finish. At a genuinely reasonable cost, it offers vintage style without the rarity or associated price tags. A modest addition which embodies the enormous range the watch industry exhibits at a fair like Basel.

Best Dress Watch: The Rolex Cellini Moonphase ref. 50535- the first Moonphase complication to be seen from Rolex for 50 years. Set in in 18ct Everose gold, it retains the elegance of the original 1928 Cellini collection.

Most Interesting Piece: The Patek Philippe Aquanaut Travel Time ref. 5650G “Advanced Research”- this superb 20th anniversary piece in 18ct white gold is sleek, but mostly impressive for its technical innovations. The new time-zone setting mechanism reduces the number of internal parts from 37 to 12 and works without lubrication.

With thanks to David Duggan watches daviddugganwatches.co.uk – who specialises in Patek Philippe and Rolex.