The briefcase as it’s traditionally imagined – that boxy, gold clasped carrier of important documents and, more probably, your sandwiches – feels like it belongs to an era long since passed. Paperwork itself is increasingly a thing of history and so, almost, is the kind of executive employment through which one climbs the company ladder. Indeed, perhaps the most famous briefcase is the red one used by ministers, most notably the Chancellor to carry the new budget – more symbolically than actually – and even that was put into retirement in 2010.

Gladstone introduced it, but even back in the 19th century commentators suggested that it was more stage accessory than actual accessory – something to open and close with finality for a touch of parliamentary theatrics. That’s not an idea lost on Hollywood, of course – how many times has the revealing of those wedges of carefully laundered bank notes been preceded with the clicking of briefcase clasps? Likewise the closing of them suggests the closing of doors. That was your chance. You just missed it. Those same commentators referred to the PM’s as “a very Pandora’s box”: opening it was something one had to be very careful about.

Of course, the briefcase finds its heritage in man bags generally, back in a time when men carried bags and “man bag” wasn’t quite so pejorative; this was back in the Medieval period, before the invention of the pocket, when something was required for the carrying of one’s personal effects. Its more recent lineage can be traced to the 18th century and the needs of administrators – be that of an ambassador’s members of staff, hence attache case, or of the legal profession. Clerks had saddle-makers produce something secure and rigid in which to carry one’s briefs, which is to say one’s legal documents, not one’s underwear. But that is precisely the kind of thing one might find in a work bag these days; with ever more casual dressing – and the break down of dress codes in the workplace especially – and with more active lives in which work and leisure hours overlap and blur, the briefcase, if one can still call it that, has had to evolve drastically into something more hardy, portable, softer edged and multipurpose.

This isn’t to say the traditional briefcase isn’t still available: the best are still made as they were two centuries ago, by stretching and stitching leather over a hinged wooden frame, fastened by clip-release clasps and perhaps a combination lock. It is, at its most basic, constructed much like a small portable trunk.

While said construction will be hard to judge from the outside, the best classic briefcases can still be judged by the quality of the materials. Look for the sheen and thickness of the leather; for brass “hardware” (maybe with a more minimal gunmetal finish); check for the tightness in the hinges and the assured action of the clasps; for added reinforcement at stress points; and an ergonomic interior arrangement. For the latter, there’s no definitive right or wrong, only what works best for what you need to carry: check that the various compartments are suitably varied for your specific requirements. 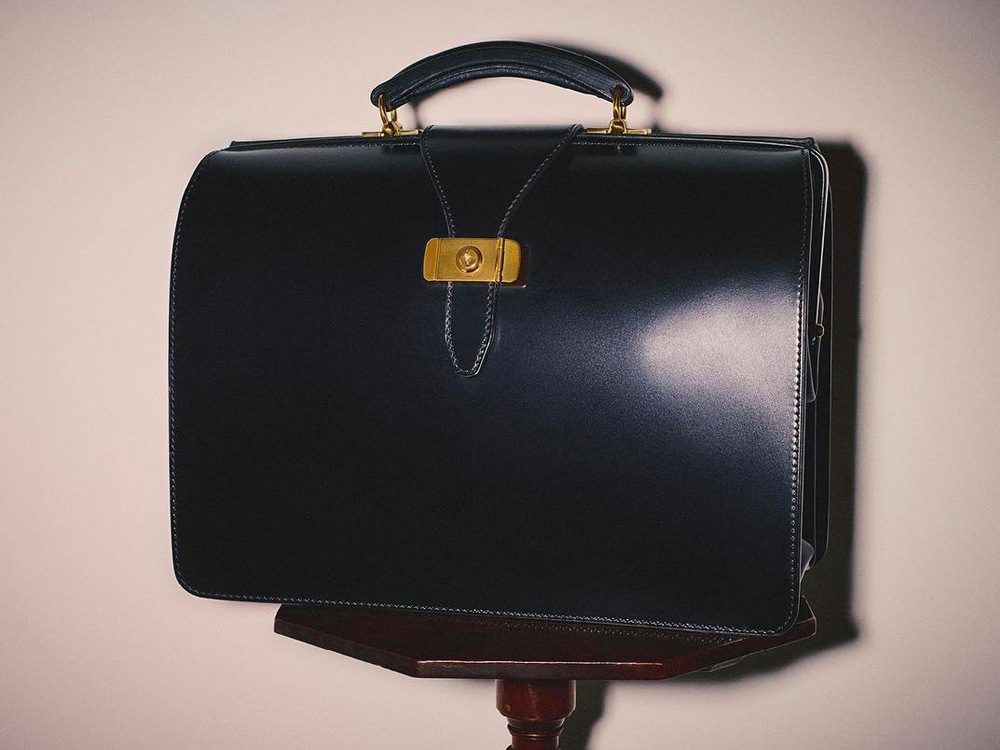 Indeed, proper briefcases survive mostly as examples of a dying craft (so expect to pay a premium for one), for use primarily by men of a certain status, who don’t ride a bike, need to pack a change of clothes, or who have to have something of sufficient conservatism for their job, whether that be regular board-level meetings or sending them down/saving them from the gallows in court. Look around and it’s remarkable how few briefcases of the kind that would have been commonplace in the 1950s are used now, replaced with often still sober but more utilitarian alternatives that can be slung over a shoulder, cope with the elements, protect its contents, carry everything you need for your whole day, and look the part in all environments.

Again, matters of compartments and capacity must suit the individual but as a minimum, prioritise padded sections for laptops and others that can be accessed easily without the need to open the main compartment. Fabric is actually a more practical choice than leather – it’s much, much lighter for one – with some, the likes of ballistic nylon for example, offering also water-resistance, toughness and durability. Sure, there’s a fine line between a bag that looks ready to tackle K2 and one that’s ready to take to take into a board room, yet increasingly bag makers are cognisant of the need for as much functionality as formality. It’s the 21st century briefcase, for people who find that – what with all their tech, gym kit and paperback – they have ever more to lug around town. Handmade in the UK from premium materials, Bennett Winch’s briefcases blend easy luxury and dad-approved practicality (all the compartments are exactly where you want them and exactly the size you’d like, too). Better yet, each design is smart enough for Monday-Friday tailoring, but also considered enough to complement your dressier weekend get-ups. 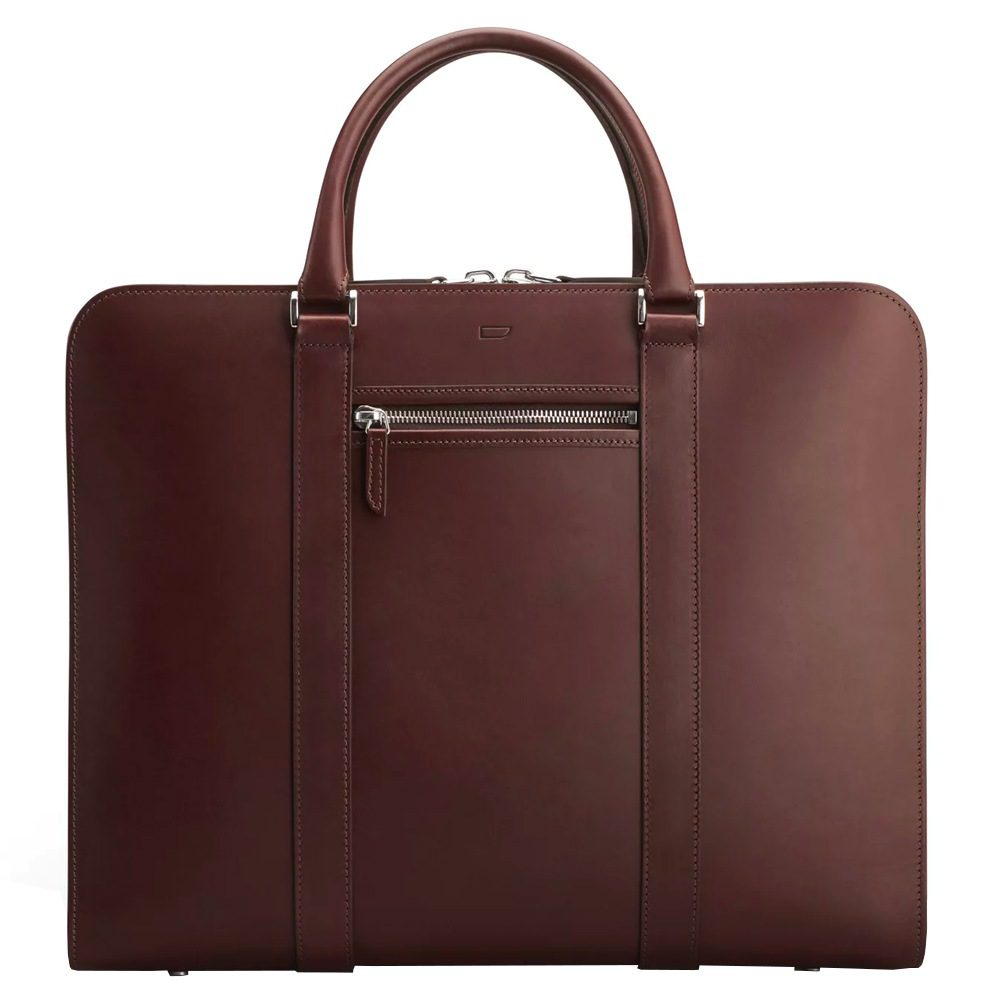 Frustrated by what they perceived as a lack of well-designed, quality leather products on the market, brothers Niklas and Mattis Oppermann created Carl Friedrik in 2012. The brand’s collection of briefcases is small but expertly considered, featuring a multitude of functional pockets and compartments as well as a genuine lifetime warranty. From single slim (and extra slim) document cases to satchel-like flap briefcases, Dunhill’s leathergoods are still handmade in London from the finest materials. Not many traditional briefcases will have an external USB charging port; Samsonite’s Vectura Evo range does, and has the added benefit of sounding like a character from TV show The Boys, too. Better known as a maker of clothes and bags for the great outdoors, the US brand can still find smart style in the kind of canvas that only gets better with age and continued use. 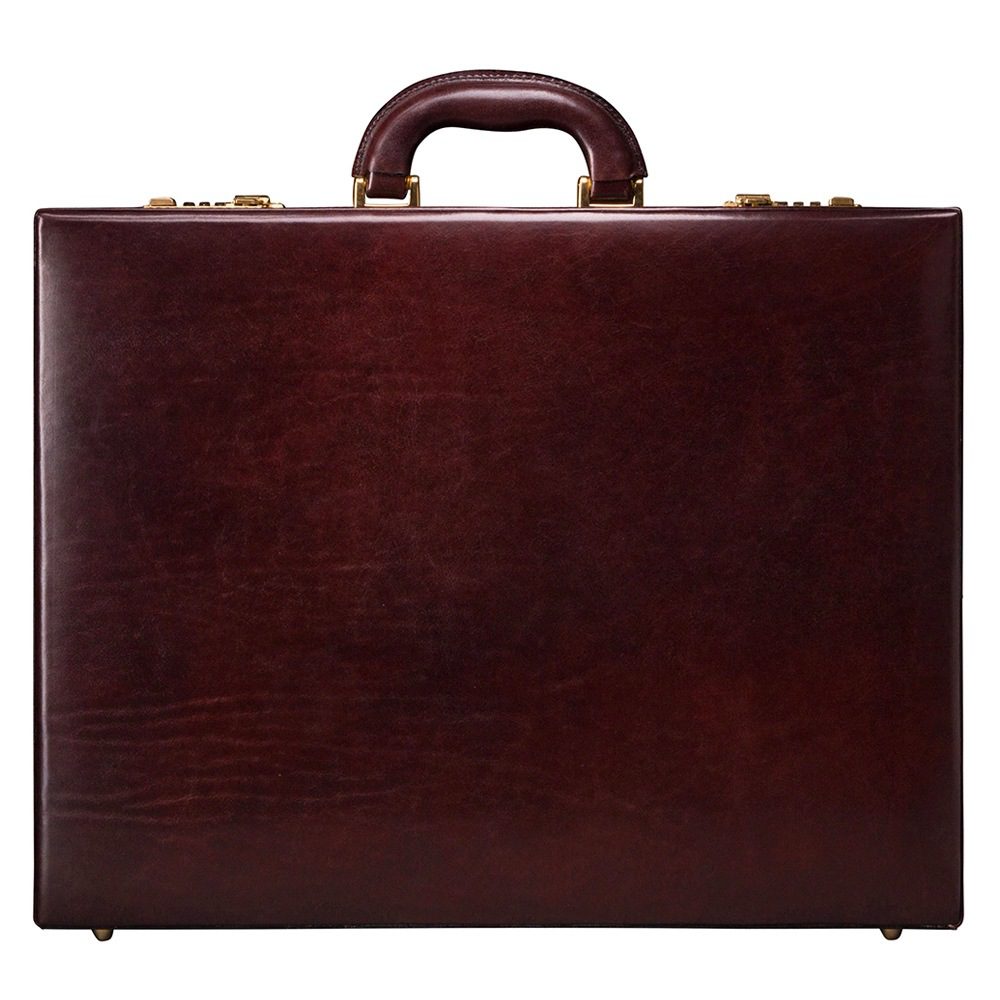 With the first patent for waterproof canvas, and inventor of the wicker basket, French brand Moynats’ Limousine briefcase is, arguably, the ultimate. Better known for its carry-on luggage, Tumi is up there among more high-tech briefcase makers, pioneering the use of ballistic nylon and aluminium frames.