If the last two decades brought a new physical comfort to corporate dressing, aiming to take the weight of formality from those padded shoulders, for others it has brought mental torture. Inevitably for many men, ‘Dress Down’, as the original American phenomenon for business casual dressing was termed, caused more consternation on a Friday morning than was perhaps intended.

Above: Michael Douglas in the 1987 film Wall Street looking anything but business casual.

The dull uniform of the dark two-piece – like the archetypal office clone that was Gregory Peck in 1967’s ‘The Man in the Grey Flannel Suit’ – was simply and hastily replaced by another copycat outfit, with a flurry of starch and steam, of pressed khakis and packet-fresh polo shirts. Monday to Thursday the boss may have had a better suit than the office junior, but on Friday everybody got to look equally terrible.

Business casual is still an idea in flux. Studies have, for example, since questioned the founding Productivity Through Relaxation theory too. Indeed, dressing business-like seems – historically at least – to make some workers think business-like, quite aside from the issue of presentation when ‘client-facing’.

Anyone who envisages dealing happily with a solicitor or bank manager dressed in Hawaiian shirt would get the picture. And that’s despite the fact that Dress Down Friday was, in effect, a rip off of Aloha Friday. This was, in 1966, a move by the Hawaiian garment industry to encourage every business on the island to let its employees wear the national dress for just one day at the end of each working week.

What You Wear Counts

“Famously, studies have shown that only 7% of human communication is verbal – or, in other words, what you wear counts.”

And all the more so in cultures – like that of some City companies – in which even wearing a blue business shirt instead of a white one is considered a faux pas. Or in those in which employers have failed to provide unambiguous guidelines to employees who need to appreciate that particular dress codes are part of the culture of the organisation they work for and, like it or not, toe the line.

In the absence of clear guidelines, it pays to remember that business casual still never truly means casual anyway. Keep it classic: go overtly fashionable and you only begin to look inappropriate. Your attire should never outshine your product or your colleagues will start to think you are more dandy than dealmaker. Keep it simple: no workwear, no pub-wear, no residue of Dress Up stiffness (therefore no suits) – it’s all about tailored separates.

Anything bright or athletic, obviously hi-tech, neon coloured, graphic, or billboard-sized branded is appropriate for track and field, but not the fast track. Pare it back: dark colours better allow for repeated wear, while the traditional menswear palette of charcoal, navy, khaki and white retains a degree of presentability should an emergency meeting arise.

Finally, opt for quality – because a standard suit can hide average quality but casualwear won’t. Indeed, dress down is really about dressing up casually – hence its suspiciously intimate colleague ‘smart casual’.

Think, perhaps, of business casual being the lighter, softer brother of business formal. He’s forgotten his tie, though he’s still in a shirt, one with a collar that doesn’t need a tie (as most business shirts functionally do) but which can still take one if required; the French cuffs and chunky links have gone. Oxfords have made way for penny loafers or Derbies. He’s still in jacket and trousers too, only the jacket and trousers no longer match; for interest’s sake, the jacket is textured or perhaps checked, rather than smooth and plain or pin-striped; the trousers are cotton rather than wool.

If you’re wearing khakis or jeans instead of a suit in an office right now, it’s the doing of Levi Strauss & Co. and thanks to the guide above

Maybe, in fact, they’re a pair of Dockers chinos – since it was Levi’s, panicking about a decline in the sales of its jeans, which came up with the style that defined the early years of dress down. And who in 1992 even wen to the trouble of printing and distributing to 25,000 human resource managers across the US a handy booklet called ‘A Guide to Casual Businesswear’. Not to mention setting up a hot-line for HR managers with dress code emergencies.

No, it’s not very exciting, we admit it. Business casual doesn’t mean you really get to express your wardrobe wizardry or personality through your panache. Though subtle accessories, such as a pocket square, might allow you to introduce some brightness to the gloom. Dress down or business casual is ultimately about the replacing of one uniform with another, slightly more ‘at ease’ one. And as in school, uniforms serve a purpose: they make a group cohesive. And that’s even a group that, given the growing prevalence of trade-by-telecoms, is these days rarely actually seen by the people it does business with.

If you find yourself wearing similar kit to your colleagues, don’t feel as though you have failed to take full advantage of business casual’s apparent opportunity for self-expression. Rather, congratulate yourself on having conducted successful negotiations with unspoken corporate expectations. The key word to shoot for here is ‘professional’, no more and no less.

At least for the time being, the fact is that corporate culture – the kind that imposes any kind of dress code – is becoming ever more niche each passing year. Work dress codes, in fact, are coming to be associated with the plodding past, not the dynamism and fleet-footedness of a modern company. This is, in part, a product of age: generations of men who have grown up with fashion and developed an interest in style are now at a time of life when they are ascending to the big leather boardroom seats. And, as the new power brokers, are making breaks with the kind of business environment that would have been familiar to their forefathers. 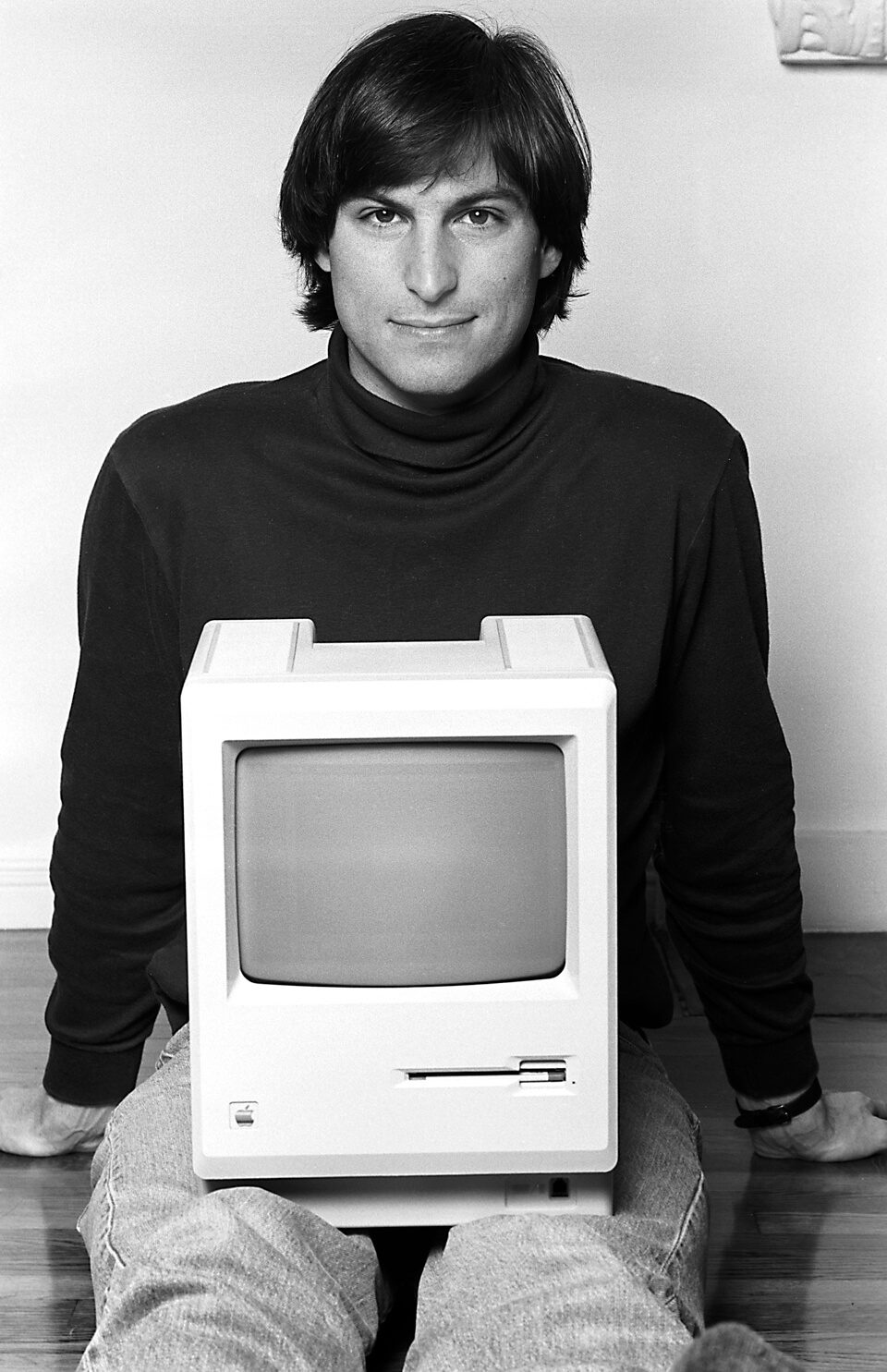 Steve Jobs was known for his business casual approach, but perhaps his style is more suited to a tech company than a City of London office

But it’s also a product of changes to the business environment: the start-ups of today are often the giants of tomorrow, and the entrepreneurial spirit that fuels them thrives on rule-breaking, rather than rule-keeping. Bosses are less bothered by what you wear than how you perform, which is as it should be. It worked for Steve Jobs. He had his own dress code of sorts – but it was the same, laid-back black polo neck and jeans every day. Likewise Mark Zuckerberg and his grey T-shirts. Partly, this is about personal branding. But it’s also because it leaves them to think about the important things worth thinking about – to actually get on with the work. This approach might not make you a billionaire but, for your own sanity, we humbly suggest you do the same.

Why Every Man Should Own A Pair Of Loafers

High Altitude Autos: Cars That Were Made For An Alpine Ski Trip